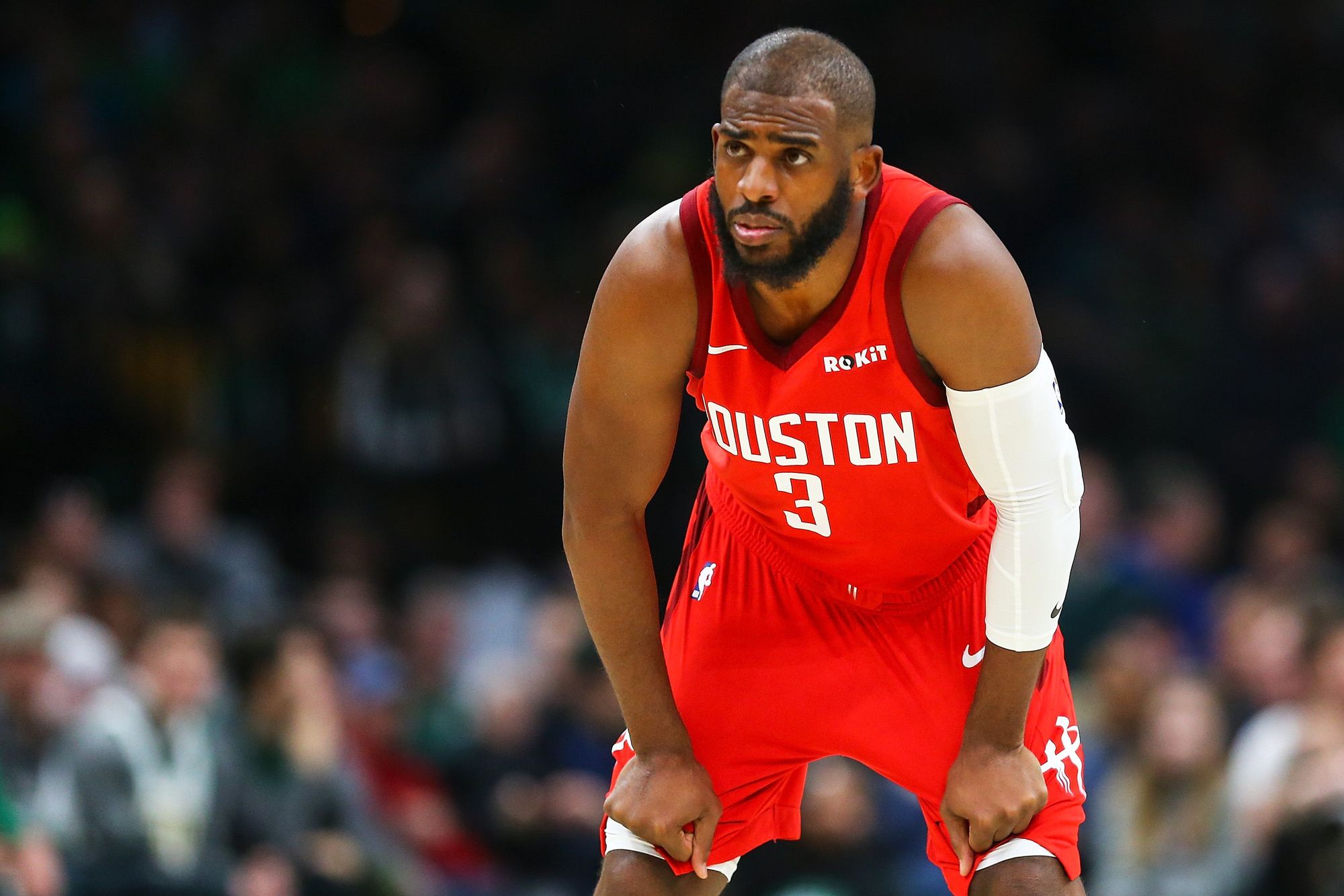 NBA Trade Buzz: Pelicans Receive Trade Offers For Ball And Ingram While OKC Intends To Hold On To CP3

Youth movement is in full effect in the New Orleans Pelicans camp, and other NBA teams are taking notice. David Griffin, the new executive vice president of the Pelicans, confirmed speculations that the team is indeed receiving trade offers for their newly-acquired young trio of Lonzo Ball, Josh Hart and Brandon Ingram. However, the Pelicans are not planning on considering any of those offers, per Sam Quinn of 24/7 Sports.

“David Griffin revealed in their introductory press conference that he received offers on all three, but thanks in part to Hart’s adamance on playing for New Orleans, he decided not to deal any of them.

“Josh called me before the draft, after we made the trade to acquire these gentlemen,and said ‘I know you can get a lot for me,’ and we literally had received offers from everyone here from the Lakers at that time,’ and he said, ‘Whatever you do, don’t trade me. I really want to be in New Orleans.”

Truth be told, the Pelicans roster brim of young, exceptional talent. Aside from the trio they hauled in as part of the Anthony Davis trade package, they also drafted Duke University standout Zion Williamson with their first overall pick. They also brought in 8th overall pick Texas’ defensive center Jaxson Hayes and 17th pick Nickeil Alexander-Walker, a combo guard from Virginia Tech. Both Hayes and Alexander-Walker impressed in the recently-concluded Summer League tournament in Las Vegas, making to the Mythical Teams.

But the very interesting fact in the Pelicans’ roster is that their young guns won’t lack in veteran mentorship. Jrue Holiday remains in the ship, while the New Orleans front office brought in vet sharpshooter JJ Redick and bruising big man Derrick Favors from free agency this summer. While it is expected that Holiday will still be the main man for the team, there’s no doubt that Zion and the former Lakers teammates will do a lot of magnificent things next season.

For Lonzo, it has been a wild ride in the first two seasons of his career. Widely-compared to a young Jason Kidd, Ball is racking up career averages of 10.0 points, 6.2 rebounds, 6.4 assists and 1.6 steals per contest. Despite a very unorthodox jump shot, Ball has shown a bit of a progress in his three-point percentages last season. Ball expressed his excitement on his future with the Pelicans, per Ohm Youngmisuk of ESPN.

"I was kind of excited, honestly. I kind of figured someone was going to get moved soon enough. I knew Anthony Davis wanted to come bad. Anytime you can get a guy like that, you are going to have to do what you have to do to get him. So I was kind of already just waiting for it, honestly, and I was happy to go with two guys I am comfortable with in B.I. [Brandon Ingram] and JHart [Josh Hart]. I am excited to see what we can do.”

The 6-foot-6 playmaker figures to start in the backcourt along with Holiday, forming one of the top defensive duos at their position. Hart will be a key cog off the bench, especially with the defense and shot-creating that he brings on the court. Ingram is an overlooked part of that AD deal, especially given the fact that he is only 21 years old and is already brimming with potential to be a star someday. Even Pelicans shooting guard E’Twaun Moore views Ingram as a star in the next couple years, per Alex Kennedy of HoopsHype.

“I think he’s really going to be nice and blossom over these next two years. That’s when you’re really going to see what he can do and be like, ‘Oh, wow!’ He has so much potential. It’s through the roof. He could be one of those guys who we’re talking about as one of the best in the league.”

Even with the arrival of do-it-all superstar LeBron James to the Lakers last year, Ingram was still able to put up a career-high of 18.3 points per game, along with 5.1 boards and 3.0 assists. More importantly, Ingram has shown the willingness to take matters in his own hands during games’ crucial moments while also becoming one of the Lakers’ defensive aces.

With trade talks apparently reaching a dead end, the Oklahoma City Thunder is now planning to retain newly-acquired All-Star point guard Chris Paul through next season, per Adrian Wojnarowski of the ESPN. The 34-year old playmaker showed a bit of a decline in his performance for the Houston Rockets last season, but was still able to rack up an outstanding stat line of 15.6 points, 4.6 rebounds, 8.2 assists and 2.0 steals per game.

“The Oklahoma City Thunder's discussions to move nine-time All-Star guard Chris Paul to a new destination are parked, and an increasing expectation exists that he will start the season with the team, league sources tell ESPN.

Oklahoma City has been working with Paul and his representatives on finding a  trade, but nothing is materializing so deep into summer free agency, sources said. Both sides believe there are benefits to Paul, 34, playing out the season with the Thunder.”

After star forward Paul George demanded a trade to play for the Los Angeles Clippers next season, the Thunder found themselves in a no-choice situation to move Russell Westbrook to another team. Enticed by a pair of first-round picks and multiple draft swaps, the Thunder agreed to a deal that netted them Paul in exchange for Westbrook. While Paul could indeed help out the team with his brilliant playmaking and court smarts, his massive contract for the next three years will be an absolute hindrance to the Thunder’s financial flexibility.

The Miami Heat is one of the teams speculated to have expressed their interest in trading for the veteran playmaker. However, it has become apparent that the Heat isn’t enticed with what the Thunder has to offer. With that said, the chances are this won’t be a short stop for Paul after all. With Paul at the helm, the Thunder will be able to roll out a decent line-up that includes Shai Gilgeous-Alexander, Dennis Schroder, Danilo Gallinari, a healthy Andre Roberson, and Steven Adams to man the front court. The roster doesn’t scream elite championship contender, but it is enough to remain competitive in the Western Conference and maybe even grab a spot in the playoffs.

The New York Knicks, one of the most popular ballclubs in the NBA, are still in search for their next superstar. They completely missed out on signing a top-tier star in free agency this summer, and it looks like they aren’t planning on acquiring one in the near future. Jeff Zillgitt of USA TODAY reports that the Knicks had zero interest in trading for Russell Westbrook, who was placed on the trading block by OKC and was recently traded to the Rockets.

“From what I was told, the Knicks never had interest in trading for Russell      Westbrook when he became available. Yes, the Knicks missed out on big stars in free agency and had a few PR snafus. But they remained true to their word and were focused on their rebuild without giving up assets. They signed free agents to reasonable deals that still give them salary cap flexibility in 2020 and 2021.”

But good news for Knicks fans, the team may have a plan for the future after all. They signed quality role players with team option clauses in 2021, giving them enough financial flexibility to have the opportunity to acquire free agents in that class. The 2021 free agency class potentially includes LeBron James, Kawhi Leonard, Blake Griffin, Paul George, DeMar DeRozan, CJ McCollum, Bradley Beal and Rudy Gobert among many other big names.