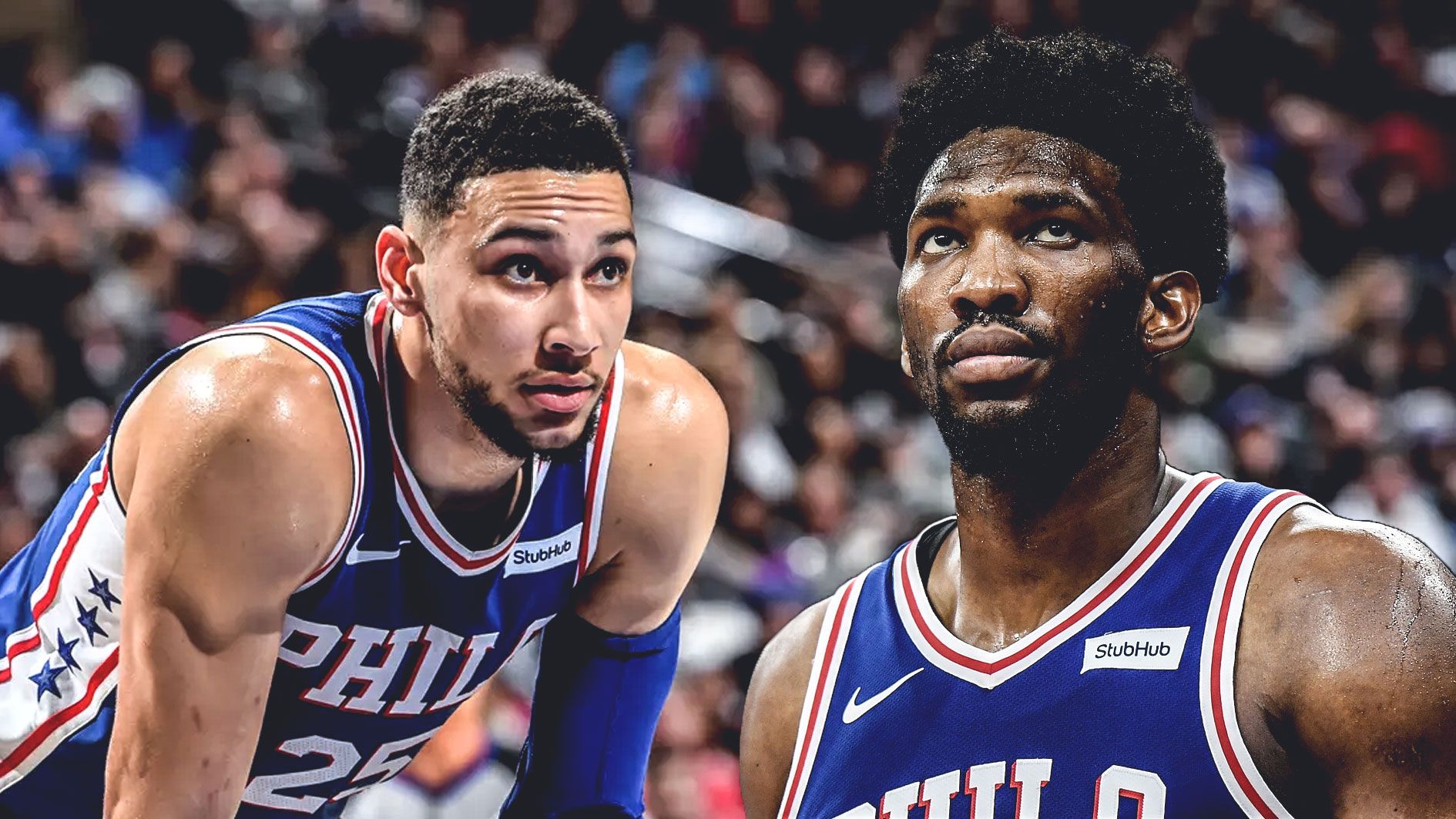 The Philadelphia 76ers had another disappointing end to their season after getting swept in their first-round playoff series against the Boston Celtics. The 76ers were considered as serious contenders in the Eastern Conference, but they failed to live up to expectations. Following their early exit, Philadelphia's front office fired head coach Brett Brown, and there are growing speculations that they would make big trades in the offseason.

76ers superstars Ben Simmons and Joel Embiid are frequently mentioned in numerous trade rumors. Embiid and Simmons are being linked to teams with championship aspirations and franchises who are looking to speed up their rebuilding. However, Adrian Wojnarowski of ESPN believes that the 76ers will likely keep the superstar duo in the hopes of maximizing their potentials under a new coach.

"I think they're likely to allow another coach to come in and try to make that partnership work," Wojnarowski said. "They're still young players. The third postseason they had together, Simmons was out and couldn't play, obviously, in this Boston series. You don't get value when you trade players of that ilk."

Wojnarowski also argued that the 76ers have nothing to lose so far if they eventually decide to keep both superstars. There won't be any pressure on the front office because Simmons and Embiid are both locked into long-term deals. Simmons has a fresh five-year, $169.65 million contract that will start next season, while Embiid still has three seasons left in his five-year, $147.71 million contract with Philadelphia.

"They're not at risk of losing somebody in free agency," Wojnarowski added. "They have rushed, Philadelphia, at times, to try and speed this up around Simmons and Embiid. They've made trades and undone deals; they traded for Jimmy Butler, and then moved Jimmy Butler on a sign-and-trade to Miami. They don't have to keep making more significant, massive deals because, in the end, you usually don't get the value back, for those kinds of stars."

Wojnarowski's assessment was eventually confirmed after 76ers general manager Elton Brand broke his silence following the disappointing end to their season. Brand appears to be aware of the trade chatters involving Simmons and Embiid, but he insisted that they are not shopping their superstars, expressing optimism that they will eventually find a way to make them a better fit to each other's game.

"I'm not looking to trade Ben or Joel," Brand said via ESPN. "I'm looking t complement them better. They are 24 and 26 years old, respectively. You try to make that fit as long as you can. They want to be here, they want to be with our organization, and I see them here for a long, long time."

Brand added that he is focused on making changes in the organization from top to bottom. The 76ers will do an extensive coaching search and would look to improve their front office. The former 76ers center revealed that all of the decisions will be his to make unlike before when all of their moves were products of collaboration, which he said did not work to well from the franchise.

"As I've been taking a deep dive in where we failed, what went wrong and how we can get better, I felt like we need to strengthen our organization from top to bottom, and that starts with the front office also," Brand said. "Balancing our strengths and analytics and basketball strategy with more basketball minds. My goal with whatever happens going forward is making sure we are in position to truly contend. Not just lip service, to truly contend."

The Golden State Warriors have intriguing decisions to make in the offseason. The Warriors are eager to compete for the title again after finishing with the worst record in the league this season due to injuries. Golden State secured the second pick in the 2020 NBA Draft, which is becoming a hot topic in numerous trade rumors. Analysts are torn on whether or not the Warriors should just trade the pick to get another marquee player instead of gambling on a young talent.

However, Wes Goldberg of The Mercury News is convinced that the Warriors are likely to keep the pick and select a player who could help them immediately next season. He added, though, that the Warriors would listen to pitches from teams looking to move in the draft, but it would take a huge package for Golden State to at least consider trading their valuable pick this year.

"The Warriors will listen to pitches for the No. 2 pick, but league sources indicate they are prepared to select a player no matter what the Timberwolves do," Goldberg said when asked about Golden State's draft plans. "That said, teams like the Cavaliers at No. 5, the Pistons at No. 7 or the Knicks at No. 8 could be inclined to move up for one of the draft’s consensus top three and offer the Warriors an offer too rich to pass up."

The Warriors are also being linked to a possible trade with the Washington Wizards. In most of the proposed deals that are circulating over the past several days, Golden State would have to package the 2020 second overall pick with another first-round pick and Andrew Wiggins to get Bradley Beal, who would be a hot commodity in the offseason after averaging career-highs 30.5 points and 6.1 assists per game last season.

Weighing on the rumored Beal-to-Warriors trade, Goldberg thinks that Beal would be a great fit to the Warriors. However, he believes that a deal between the Warriors and Wizards is a long shot because the Washington will likely decide to keep Beal and see if there would be an improvement with his partnership with fellow star John Wall now that they have several key pieces around them.

"There is no indication that the Wizards are ready to trade Beal," Goldberg said. "With John Wall set to return from a nearly-two-year absence, Washington will likely want to see what the Wall-Beal backcourt can do alongside an up-and-coming frontcourt that includes Thomas Bryant and Rui Hachimura and, if he re-signs, forward Davis Bertans."

Goldberg added that even if the Wizards eventually decide to trade Beal, the Warriors are not assured of getting him. He expects a strong bidding war for Beal, who finished as the second-leading scorer in the league this season behind James Harden. The Denver Nuggets and the Miami Heat, who are also being linked to Beal, have enticing pieces to offer to the Wizards in a possible trade.

The Charlotte Hornets were the clear winners in the 2020 NBA Draft after nabbing the third pick despite just having the eighth-best odds in the lottery. With luck finally smiling their way, the Michael Jordan-owned franchise would have big decisions to make in the coming weeks.

But according to Rick Bonnell of The Charlotte Observer, the likelihood of trading the pick is remote. He pointed out that the Hornets made it clear that they think they are still not in the position to make big moves because they are still in the early part of their rebuilding process after losing Kemba Walker last year. Keeping the pick makes sense, according to Bonnell, because they would get a top prospect without significant financial implications.

"The Hornets are still early in this rebuild," Bonnell said. "The NBA’s rookie pay scale allows teams to develop first-round picks cost-effectively; a team gets at least the first four seasons of a first-round pick’s career relatively on the cheap. That’s often different from the cap implications of trading for a veteran. Kupchak has said repeatedly since September that he doesn’t see now as the time for the Hornets to be  big players in free-agency."

If the Hornets decide to keep the pick, they will likely be in a position to pick LaMelo Ball, assuming that Anthony Edwards and James Wiseman would go 1-2 like what most draft experts are predicting. Bonnell said that if Ball is still on the board at No.3, the Hornets will not hesitate to take him despite having high-scoring guards in the roster.

"The presence of Devonte Graham and Terry Rozier wouldn’t preclude the Hornets  from drafting point guard Ball," Bonnell said. "At 6-foot-7, Ball is a big play-maker. Right now, Hornets starters are mostly undersized for their positions, so Ball’s size would be welcome."

Graham, the 34th pick in the 2018 NBA Draft, had a breakout year for the Hornets this season. After averaging 4.7 points in his rookie season, the former Kansas standout posted 18.2 points and 7.5 assists in 63 games this season. Although there are some concerns because he plays the same position as Graham, Bonnell strongly believes that Ball's size would make him an ideal backcourt partner for Graham in the next several seasons.