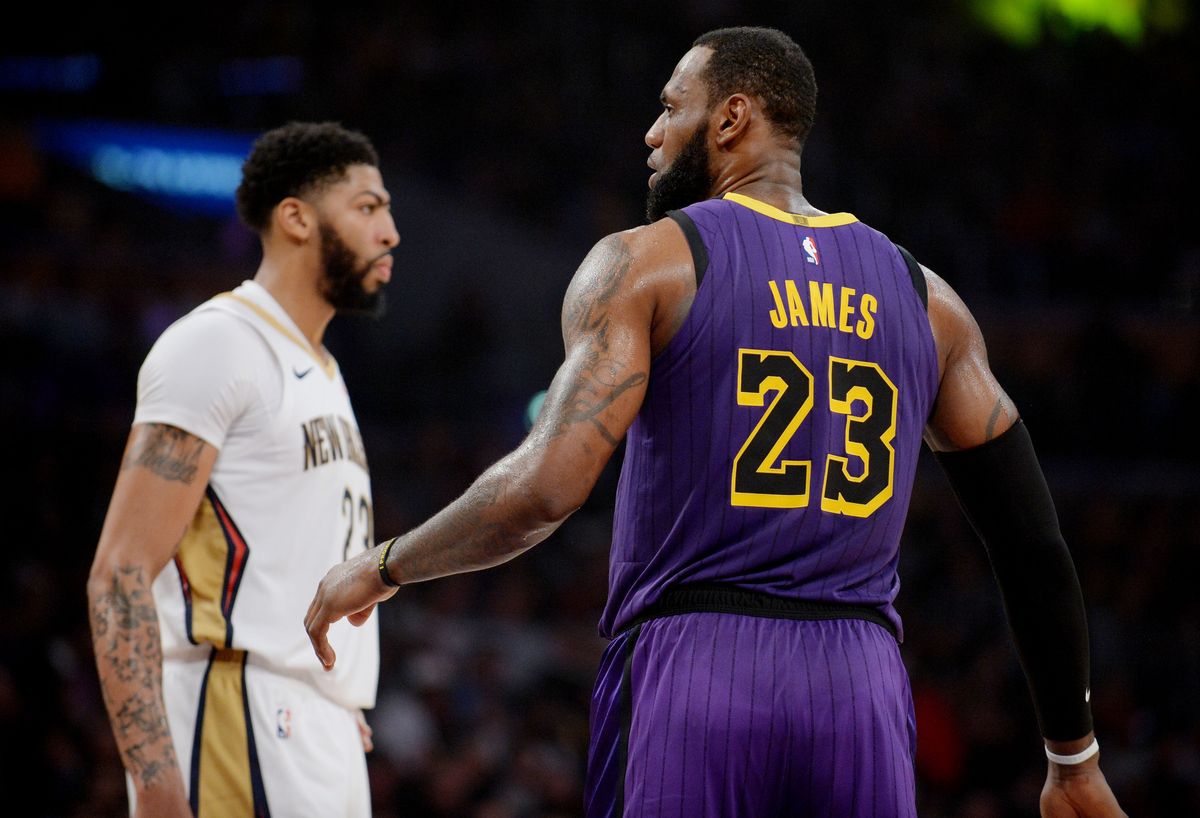 The trade demand made by Anthony Davis was just a bit surprising as there are already hearsays that the New Orleans Pelicans are pressured to trade him this season. But it was what the Los Angeles Lakers needed to romp up their pursuit for the All-Star center as ESPN’s Adrian Wojnarowski reported that the organization has offered the Pelicans numerous trade offers for AD.

However, Wojnarowski also reports that the Pelicans view these Lakers’ offers as “lowball” quality deals.

The Lakers have limited offers to two of the franchise's top young players in every   proposal, and resisted including more than a single first-round pick in offers, league  sources said.”

Aside from the Lakers’ hesitation to include multiple first-round picks and each of their young stars in a single deal, Woj also says that the Lakers don’t want to eat up one of the Pelicans’ bloated contracts like Solomon Hill’s (owed $12M in 2019-20) or E’Twaun Moore’s (owed $8M in 2019-20). The Pelicans state that the offers are ‘underwhelming’, even going to the point of giving the Lakers a closed ear to any negotiations starting with these deals.

For the Lakers, giving up Ball, Kuzma, Brandon Ingram and Josh Hart in a single deal for Davis would obviously shorten their bench depth, an important factor in a successful playoff run especially in the stacked Western Conference. With LeBron James on board, they can’t afford to play out this season without the mindset of competing hard in the postseason.

The Portland Trail Blazers have been good every year, but they are always in the middle pack in the West, unable to leap from being a good team to becoming an elite championship contender. There are already clamors for the Blazers front office to break up the Damian Lillard-CJ McCollum backcourt duo, but the team isn’t giving any hints that they are going to do that soon. With center Jusuf Nurkic arguably producing the best season of his career so far, the gaping hole in the Blazers’ roster lies in their lack of a capable perimeter player to complement Lillard and McCollum.

Now, the Blazers are looking to acquire excellent 3-and-D players like Otto Porter Jr. of the Washington Wizards, Evan Fournier of the Orlando Magic, and Taurean Prince of the Atlanta Hawks. Porter, 25, has been on the trading block for a while now. He is averaging 12.5 points, 5.5 rebounds, 1.5 steals and a 38% clip from beyond the arc. The Blazers could slot him on both forward positions given his versatility on both ends of the floor, but his massive salary (4yrs/$106M) is a major risk to take if you’re the Blazers front office.

Fournier, 26, has been one of the most underrated shot creators in his position. His three-point shooting has gone down to 33% this season, but he is still putting up all-around numbers of 14.7 points, 3.5 assists and 3.0 rebounds per game. He can handle the ball well and make plays for his teammates, a role that Evan Turner has on the team. But Fournier will be an upgrade over Turner as the latter has been a lowly shooter from beyond the arc.

Prince would be an intriguing young prospect for the Blazers, and is the best defender among the team’s three trade targets. He can also shoot the ball well from deep (36%) and is a capable scorer (13.4ppg). The Atlanta Hawks have been openly shopping the young defensive ace, and it remains to be seen what the Blazers will offer for the services of the 24-year old small forward.

The Orlando Magic has been one of the most surprising teams early this season, but has recently dropped out of the East’s playoff race. Aaron Gordon certainly has been key to Orlando’s success, racking up impressive numbers of 15.8 points, 7.6 rebounds, 3.4 assists per game and a 35% clip from three-point territory. However, ESPN’s Zach Lowe reports that the Magic front office hasn’t been as desperate as head coach Steve Clifford in making the playoffs this season.

“Some within the Magic -- their coach, Steve Clifford, and higher-ups who predate the  Jeff Weltman/John Hammond front office -- are desperate to make the playoffs. Weltman and Hammond probably don't feel the same urgency; only the past two  seasons are on their watch, and they appear to have a long runway. They are also five games out in the loss column.”

Orlando has openly shopped small forward Terrence Ross, and now is reportedly putting Gordon on trade negotiations. Among the interested teams in Gordon’s services are the Indiana Pacers, Portland Trail Blazers, Dallas Mavericks and San Antonio Spurs. With the exception of the Mavericks, these teams are currently sitting tight in the playoff race and are looking for an all-around player to bolster their chances in April.

The Blazers could be the most interesting fit for Gordon this season. Portland’s wing depth with Al-Farouq Aminu, Maurice Harkless and Evan Turner aren’t really helping the team’s cause on offense, forcing Lillard and McCollum to carry most of the scoring workload. Gordon’s inside-outside game will be a major upgrade over those three players, and his athleticism will help him cover bases on defense. The Spurs are also in need of another talent to add to support stars DeMar DeRozan and LaMarcus Aldridge. It’s also exciting to see how Gordon’s skills and talent will grow under the tutelage of head coach Gregg Popovich.

Pelicans looking to clean up house

The New Orleans Pelicans have apparently given up of their season, and are now looking to rebuild their roster by trading their starting players. Aside from Anthony Davis and Solomon Hill, ESPN’s Zach Lowe states that the Pelicans front office are shopping Nikola Mirotic, Julius Randle and E’Twaun Moore to interested teams. The Pelicans have now dropped to a 23-29 record, and with the almost sure certainty that Davis won’t play for the team this season, it will be difficult for them to make enough noise to enter the playoff race.

Randle is playing his best season so far, producing 19.9 points, 9.3 rebounds and 3.0 assists per game. Still young at 24, Randle can opt out of his contract in the summer in the hopes of signing a more lucrative deal with a team for next season. When healthy, Randle can be a poor man’s version of Draymond Green, but with more knack for putting the ball on the hoop. On the other hand, Moore has been playing under the radar as an excellent 3-and-D player. He is shooting an impressive 42% clip from beyond the arc, and is tallying 12.3 points per game. Lowe also reports that Mirotic has been gaining interest from playoff contenders like the Philadelphia 76ers and the Utah Jazz. An outstanding scorer and above-average rebounder, Mirotic is logging in 16.7 points, 8.3 rebounds and is making 37% of his shots from deep.

As for starting point guard Jrue Holiday, ESPN’s Adrian Wojnarowski reports that the Pelicans are firm in keeping the 6-foot-4 playmaker.

“Amid the Anthony Davis talks, teams calling on New Orleans' next best player --   guard Jrue Holiday -- tell ESPN that the Pels are indicating no interest in moving   him. Beyond this season, Holiday has three years, $77M left on deal through 2022.”

If New Orleans remain firm on this, it could mean that they are looking at Holiday to be their franchise centrepiece, and a valuable player amidst their obvious plans to rebuild the team.