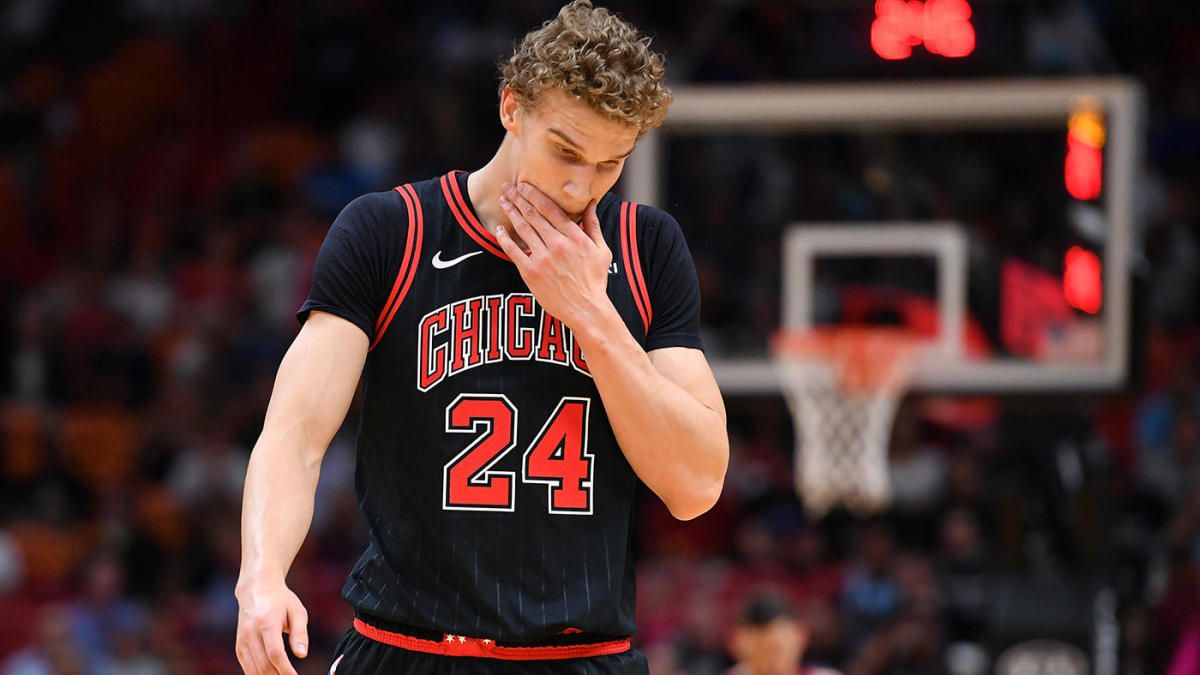 NBA Trade Buzz: Unhappy Bulls Star Could Be On The Way Out

Markkanen may play for another team next season

After a brilliant rookie year, Chicago Bulls sweet-shooting big man Lauri Markkanen instilled newfound hopes for the hometown fans. The Bulls franchise has always been one of the proudest organizations in the NBA, but they haven’t made a lot of noise in the past few years. But they saw a future cornerstone in the young, multi-dimensional scorer in Markkanen, a big man who can step outside for a three-pointer swish or put the ball on the floor and finish strong inside.

Seven-footers don’t come as mobile and as versatile as Markkanen. People viewed him as the next coming of Kristaps Porzingis while some even pegged his ceiling comparison to the Dallas Mavericks legend Dirk Nowitzki. Markkanen upped his production as a sophomore last year, norming a near double-double average of 18.7 points and 9.0 rebounds. Coming into this current season, many experts predicted a break-out performance from the 22-year old combo big.

However, Markkanen has struggled mightily. His scoring average and shooting percentages have declined, as well as his total shots per game. He has shown little to no improvement on the defensive end, and his rebounding numbers have also decreased. The Finnish big has shown more weaknesses in his third season as a pro, causing people around the league to be concerned on his development.

Now, it is becoming apparent that both camps may have to part ways. Joe Cowley of the Chicago Sun-Times reported that Markkanen has grown unhappy and could look to demand a trade in the offseason. Cowley emphasized that Markkanen’s decreased role in the Jim Boylen system could be the turning point of the young player’s relationship with the Bulls.

“Markkanen has completely gone backwards in his development with Boylen, and has rarely been a factor on the court at the same time as Zach LaVine. One of those problems is very easy to remedy, especially if the new front office wants to bring in a head coach of their choosing.

The LaVine problem is much more difficult to figure out, especially because  Markkanen and LaVine were identified as the two foundation pieces to carry this rebuild, and their games should complement each other.”

Markkanen’s minutes and touches have indeed lessened under the leadership of Boylen. Even the rookie point guard Coby White has averaged more shots than him this season, an indication that Boylen may not be looking at Markkanen as a cornerstone after all. White’s quick ascent to prominence may also alter the Bulls’ initial outlook of pairing LaVine and Markkanen for their future. If this trend continues, White could replace Markkanen’s seat at the top and team up with LaVine to create a formidable scoring punch in the backcourt.

Of course, nothing is written in stone just yet. The Bulls front office are already due for changes, that’s for sure. ESPN’s Adrian Wojnarowski recently tweeted out that the team is now in the official process of bringing in a “new top executive with full authority on basketball decisions.”

In a separate column, Cowley went on to report that long-tenured vice president of basketball operations John Paxson is now willing and considering stepping down. The 59-year old former Bulls point guard has been in the team’s front office since 2003.

“A source told the Sun-Times on Tuesday that not only would Paxson consider stepping aside from his role and act more as an adviser to the Reinsdorfs when the front-office restructuring is finalized, but he would be willing to leave the organization entirely if ownership and the new-look executive group deemed it better for the rebuild to continue.

Paxson reportedly is ready for either scenario, wanting what’s best for the franchise. Not to be a martyr, just to say what he thinks everyone wants to hear.

Paxson’s patience has been pushed to the limit the last few seasons, especially when it comes to the perception of the job he has done by outsiders.”

The Bulls have performed below expectations this season as they hold a lowly 22-43 record in the Eastern Conference. They have been sporting poor win-loss cards in the past couple of years. If Markkanen and his people pursue a trade this offseason, there will not be a shortage of interested teams. He is still a very young star and he has shown that he has what it takes to produce when given a bigger role in the offense.

“Ex-team president Phil Jackson reportedly loved Markkanen even though he had Kristaps Porzingis already playing as the team's versatile four. There were rumors he was willing to trade Porzingis just so Markkanen would have a clear starting role.

Now that Porzingis is gone, the Knicks could easily bring Markkanen in to play in that position. Given the current roster's status, players like Bobby Portis and Julius Randle are expendable because of their contracts. And with Markkanen still on his rookie deal, matching money in a trade shouldn't be too hard.”

If this is deemed to be true, then playing under the bright lights of New York could be an intriguing prospect for Markkanen. Aside from the Knicks, there are also tons of teams out there who are in need of a capable big man to turn things around. The Charlotte Hornets could entice the Bulls with an offer of Terry Rozier and Malik Monk, or a package of Luke Kennard and their 2020 first round draft pick from the Detroit Pistons can do the trick.

New Kings big man happy to be in Sacramento

When he was selected fifth overall by the Phoenix Suns during the 2013 NBA Draft, Alex Len was considered a prospect with both high risks and high rewards. He did not have much of a playing time during his rookie year, but he eventually worked towards a starting role as a sophomore. Len has not met people’s high expectations of him, but he has grown to become a quality role player in the league.

After spending his first five years in Phoenix, Len jumped ship last season to play for the Atlanta Hawks. He would become a veteran voice for the very young Hawks team, and he had a career-best season to go along with it. Len averaged 11.1 points per game, the first time in his career that he normed double-digits in the scoring column. He has also developed a potent shot from beyond the arc as he became comfortable in his fit with his new team.

However, the Hawks eventually had to fast track their timeline. Trae Young has issued a demand that he wanted the team to surround him with more quality players, forcing the management to make a move for ex-Houston Rockets young budding center Clint Capela. The Hawks front office would then do the inevitable as they also moved Len and shipped him to the Sacramento Kings.

In an exclusive interview with The Athletic’s Chris Kirschner, Len revealed that he was actually planning to re-sign with the Hawks when he becomes a free agent this offseason.

“One-hundred percent — I wanted to stay. I like the coaching staff. I liked my teammates. Everyone was cool. It really had a family feel to it. Last year, you could see the trajectory was going up. Everyone was getting better towards the end of the season. The way we started this season — I think the mistake we had was we had too many young guys. I didn’t think we had enough veterans and leadership on the team.  This season didn’t work out as planned, so they had to make changes. It’s a business, so I understood they had to do it.”

Len also went on to say that while he understands the business side of the trade, he was still confused to see that the Hawks went after their former player Dewayne Dedmon. Dedmon already played for Atlanta last season, but the team did not commit to re-signing him last summer.

With all those said, Len emphasized that he has found a new home in Sacramento. With power forward Marvin Bagley III still dealing with an injury, Len’s presence on the frontcourt has certainly been a welcoming sight for the Kings. He is also producing quality numbers of 6.6 points, 7.1 rebounds and 1.4 blocks in just 16.7 minutes that he logged in during these nine games that he played for the Kings before the NBA announced the suspension of the season.

Len reiterated that his role is “more defined” with the Kings and that his time here has been a “pleasant surprise.”

“You know, it is what it is. That’s how I felt about it. I didn’t want to leave Atlanta. I told you that. But it happened. Going to SAC, I didn’t know what to expect. Once I got there, it was a pleasant surprise. I like the team. We were winning games, and I could just do my part. My role is more defined over there.”

The Kings, who have struggled to rack up the Ws in the first half of the year, has been on a tear as of late. They are now looking to compete for the last playoff spot in the Western Conference, while sporting a 28-36 record.