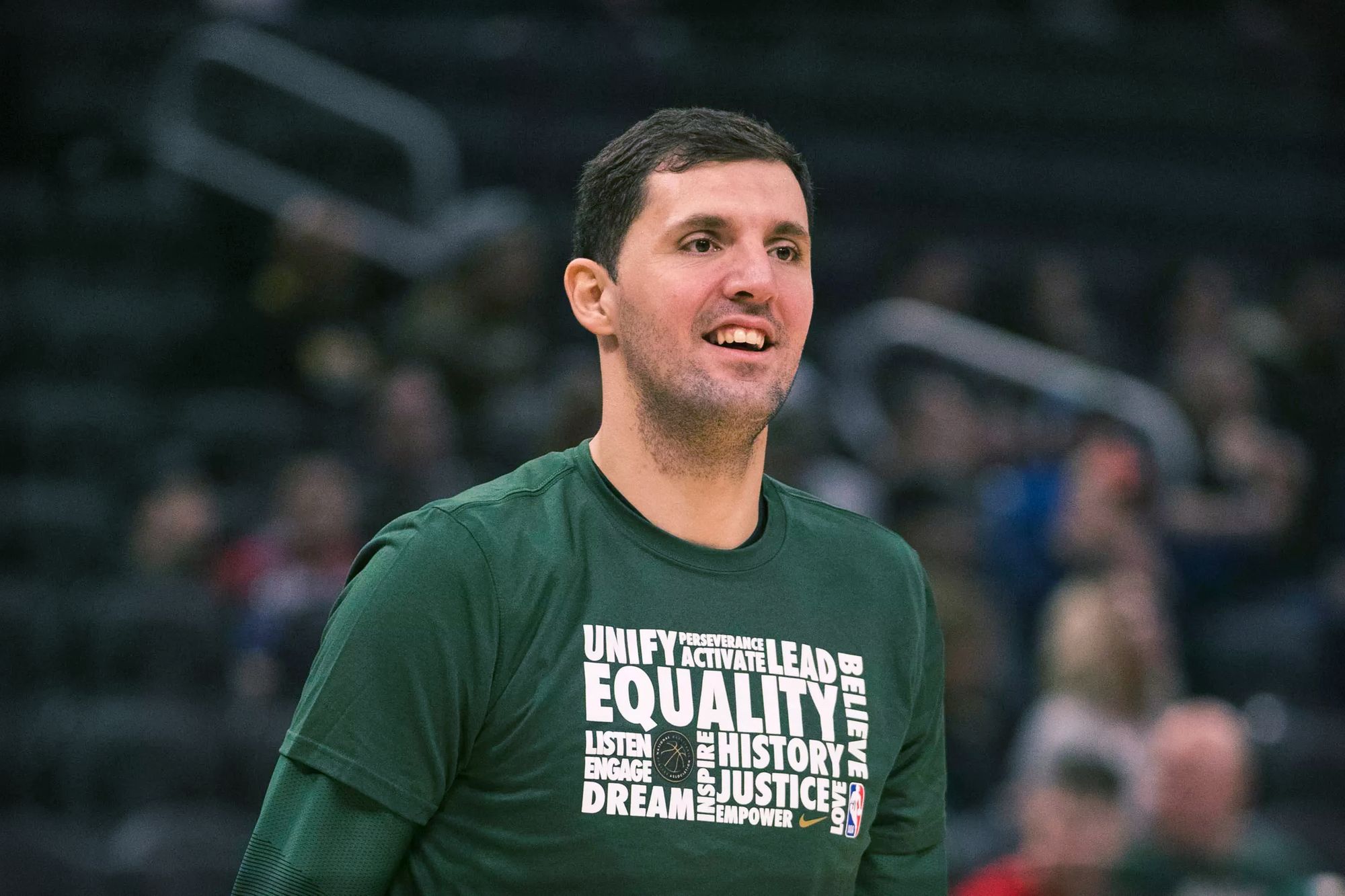 Fultz gets new leash of life in Orlando

The Process didn’t work out for Markelle Fultz as the Philadelphia 76ers sent the former first overall pick to the Orlando Magic just a couple of hours before the trade deadline. The Sixers have agreed to ship Fultz to the Magic in exchange for shooting guard Jonathon Simmons, a first-round pick from the Oklahoma City Thunder, and a second-round pick from the Cleveland Cavaliers. Fultz, the youngest player in league history to record a triple-double performance, sustained a shoulder injury during his rookie season that caused him a downfall in his confidence and approach to the game.

Still, the Magic front office believes that Fultz will be a great investment for the future of the team, per ESPN’s Adrian Wojnarowski.

“Orlando Magic president Jeff Weltman and GM John Hammond consider the Fultz  acquisition as a low-risk, high-reward proposition. Magic will proceed with his arrival as long-term project and like chances w/ Steve Clifford and his staff getting  to work with the former No. 1 pick.”

Fultz has played 19 games for the Sixers this year, posting averages of 8.2 points, 3.7 rebounds and 3.1 assists in limited minutes per game. However, the 6-foot-4 playmaker hasn’t played since November 19, with reports saying that psychological problems may be hounding his confidence in his game.

For Orlando, they addressed their need for a franchise point guard with this move. Their depth at that position is bleak at best, with a 31-year old D.J. Augustin filling in the starting point guard role for the team. Fultz is still in a rookie contract, so if this move doesn’t quite pan out for him and the Magic, the team will not lose any financial flexibility in the outcome. Still, expect head coach Steve Clifford to immediately test drive Fultz and give him a significant amount of minutes or even a takeover for Augustin’s starting role.

For Philadelphia, the last straw between them and Fultz have been there for some time now. Acquiring Simmons would address their depth problems, an important factor in any team’s aspiring title run. Simmons, a two-way player who could play either wing positions, is averaging 6.9 points, 2.4 rebounds and 2.3 assists this season. Philadelphia also received two draft picks in the process, building up their assets after giving up multiple draft picks in the Tobias Harris-deal.

The Marc Gasol-era has ended in Memphis as the Grizzlies struck a deal to send the All-Star big man to the Toronto Raptors in exchange for center Jonas Valanciunas, point guard Delon Wright, sharpshooting forward C.J. Miles and a 2024 second-round draft pick.

The Gasol trade will give the Raptors a solid, versatile big man to complement the all-around skills of All-Stars Kyle Lowry and Kawhi Leonard. Here’s what Raptors president of basketball operations Masai Ujiri has to say about his new center, via NBA.com.

“Marc brings significant playoff experience to our team, which along with his savviness and leadership skills really helps position us for our ultimate post-season goal. We look forward to welcoming Marc to our city and team.”

Gasol has long been in the Grizzlies’ trading block this season, along with All-Star point guard Mike Conley. Memphis went off a hot start early this season, but lost steam moving forward and are now sporting a lowly 22-34 record. With the Grizzlies’ season arguably down the drain already, the team is now looking to rebuild their roster.

Toronto is currently in the 2ndspot in the East, having an impressive 40-16 win-loss card. They made this move to obviously make Kawhi happier, in hopes of keeping the former Finals MVP and re-sign him in the summer. This is a risky move for the Raptors, especially given the fact that Gasol will also be an unrestricted free agent after this season. But the all-around big man, who is norming impressive numbers of 15.7 points, 8.6 boards and 4.7 assists this year, will be a surefire key cog for Toronto’s hopes of a title run. Making it to the championship round will be the Raptors’ greatest pitch to keeping both Leonard and Gasol for the years to come.

For Memphis, Valanciunas will fill in for Gasol’s frontcourt presence while Wright’s versatility on both ends of the floor should provide excellent back-up help for Conley. Still young at 26, Valanciunas is a tough, post-up center with a sweet perimeter touch. In 30 games this season, the Lithuanian big man is producing 12.8 points, 7.2 boards and 0.8 blocks per game.

The Los Angeles Lakers have finally struck a deal before the trade deadline, but it’s not what the Lakeshow fans desire the most. The Lakers shipped young budding center Ivica Zubac and scoring forward Michael Beasley to the Los Angeles Clippers in exchange for the services of stretch big man Mike Muscala. Yahoo Sports’ Chris Haynes reports that Beasley will be immediately waived by the Clippers.

With this trade, another sub-plot has been rising for the Lakers, and that is the possible Carmelo Anthony acquisition. ESPN’s Ramona Shelburne reported on this possible development.

“As for the Carmelo-Lakers question, he’s an option they’re considering, but there are expected to be many other options on buyout market. And those recently bought out players are considered more game-ready than Melo, who has been out a while.”

The move opened up a roster spot for the Lakers, giving them an opportunity to sign the recently-bought out 10-time All-Star. However, the Zubac loss must sting quite a bit for this team, considering that the young center has been the most productive big man for the Lakers at this point of the season.

Zubac, who is posting averages of 8.3 points, 4.8 rebounds and 0.8 blocks per game, will get his playing time especially now that the Clippers have reportedly waived center Marcin Gortat. Zubac’s mobility on defense and his excellent knack on scoring on the other end can push him to a starting role under head coach Doc Rivers. The Clippers, who recently dealt Tobias Harris and Avery Bradley, are pursuing a youth movement on their roster so Zubac will fit in with the team’s future plans.

On the other side, Muscala’s ability to space out the floor with his outstanding three-point shooting is his advantage over other Laker centers JaVale McGee and Tyson Chandler. He is norming a 34% clip from beyond the arc this season, while racking up 7.4 points and 4.3 rebounds per game.

Still, this move could potentially bite the Lakers years from now, especially if Zubac turns out to be an All-Star caliber big man in the future.

With the Toronto Raptors and the Philadelphia 76ers upgrading their roster before the trade deadline, the East-leading Milwaukee Bucks made their own move and shored up their already-formidable frontline with the acquisition of Nikola Mirotic.

The three-team trade deal saw Bucks center Jason Smith and Detroit Pistons young forward Stanley Johnson going to the New Orleans Pelicans, while Detroit receive Thon Maker from the Bucks. The Pelicans would also salvage four second-round picks in the deal, giving up the services of Mirotic to Milwaukee.

Mirotic, 27, will give the Bucks more offensive firepower and reliable rebounding on the defensive end. The 6-foot-10 combo forward is posting solid averages of 16.7 points and 8.3 rebounds per game, while shooting an outstanding 37% clip from beyond the arc. With how head coach Mike Budenholzer has implemented Brook Lopez to his offensive system, it’s already almost a sure thing that Mirotic will thrive in his new team.

For the Pelicans, getting the draft picks plus the services of Johnson will be a welcome sight to their rebuilding plans. All-Star center Anthony Davis has already reiterated his plans of not staying in New Orleans, forcing the team’s front office to think of their plans beyond this season. While Johnson is still a below-average perimeter shooter, he is just turning 23 this year, and his defensive instincts are already way beyond his years.

Acquiring Maker from the Bucks would give the Pistons a young asset to build on should they break up their frontline core of Blake Griffin and Andre Drummond in the offseason. They are playing well below expectations this year, and it’s getting obvious that the Griffin-Drummond partnership will not push them for a serious playoff run in the years to come. Maker is already in his third year in the league, but he is yet to find his niche as a solid big man. Still, he has shown flashes of his defensive versatility and he can shoot well from the perimeter, something that Drummond is not capable of.