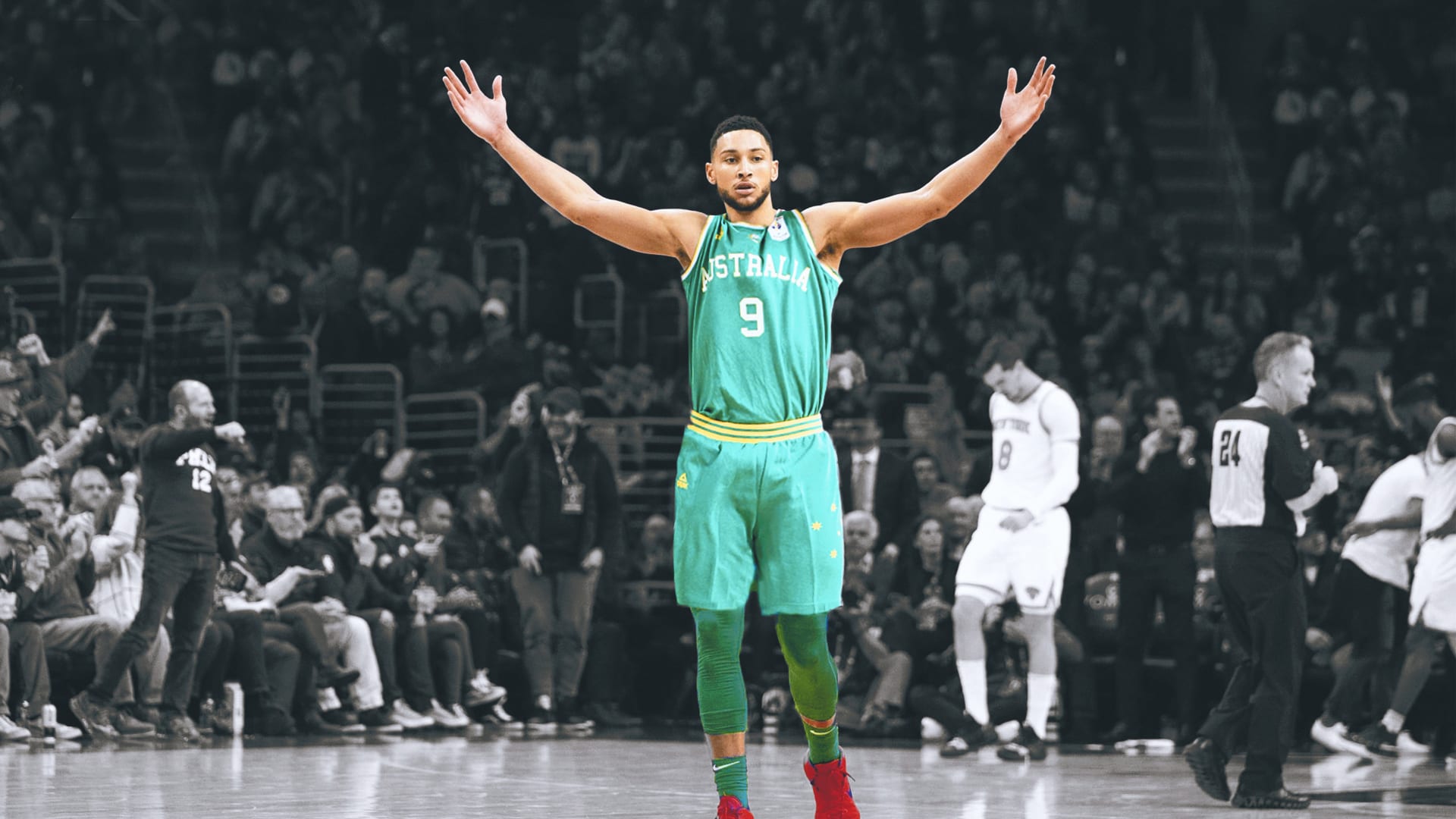 With the 2019 FIBA World Cup looming in the horizon, some NBA superstars have recently withdrawn their services so that they can fully prepare for their duty to their mother teams. Among the recent additions to the list are Los Angeles Lakers star big man Anthony Davis and Philadelphia 76ers young star point guard Ben Simmons. Davis has already won two gold medals for Team USA during the 2012 Olympic Games and 2014 FIBA World Cup, while Simmons could have provided the Australian team a star presence.

Yahoo Sports’ Chris Haynes was the first to report on Davis’ decision to skip next month’s World Cup games at China.

Davis, 26, wants to utilize the bulk of his offseason to prepare for a championship run with his new team, sources said.

However, Haynes also mentions that Davis is still firm on his plans to join the team in next year’s Summer Olympics in Tokyo. The tournament on August will serve as a qualifier for the Olympics, and the always-powerhouse USA Men’s Basketball Team could already be a sure shot to qualify.

Interestingly, his new teammate with the Lakers, LeBron James, also won’t represent the team on August. The Athletic’s Joe Vardon reported that James’ summer will be extra busy, especially with the shooting schedule of Space Jam 2 in conflict with the FIBA WC.

“With the Lakers’ season being so truncated — at least by LeBron’s standards; the organization has missed the postseason for six years running — there was speculation last week that he might fill some of his time by joining Team USA for the FIBA World Cup in China. LeBron never intended to play this summer, even though the team will be coached by Gregg Popovich, a favorite of his. The “Space Jam 2” production schedule was based on the knowledge that, regardless of when   the Lakers’ season ended, LeBron would not play for Team USA.

“I love everything about Pop, obviously, but this is not a good summer for me,” James  said.”

Similar with AD’s plans, LeBron is not ruling out an appearance for the team in next year’s Olympics, a tournament that could serve as a culmination for the 34-year old superstar’s massive national team portfolio. Even without the services of the team’s usual stars in LeBron, AD and the injured Kevin Durant of the Brooklyn Nets, the arrival of new head coach Gregg Popovich will install a new system that will surely make the most of the players he will have, something that he successfully does with the San Antonio Spurs year in and year out. Team USA will be bannered by 2018 NBA Most Valuable Player James Harden of the Houston Rockets, while Portland Trail Blazers’ star backcourt duo of Damian Lillard and CJ McCollum provide the firepower. Cleveland Cavaliers veteran stretch big man Kevin Love will also make a possible return to national team duties.

But the USA team is not the only one set to miss an NBA star on their roster. Australian point guard Ben Simmons has backtracked from his commitment to play for the country this August, citing his focus on preparing for the Philadelphia 76ers’ campaign next season. Simmons released his statement on his Twitter account.

"I will still be heading back home to Australia to host my camps as well as train and   play with the Boomers in the upcoming Exhibition Games. I'm really excited about the talent we have on the Boomers squad, especially moving closer to 2020 where I   will be honored and humbled to represent my country on the world's biggest sporting stage at the Olympics in Tokyo.

Ultimately, we decided it was best that I used the time in September to return to Philadelphia to acquaint myself with my new teammates and prepare for the upcoming NBA season."

Even without the services of Simmons, Australia will still be represented by a bevy of NBA players. Utah Jazz all-around sharpshooter Joe Ingles will be the main man on the team, while vets Andrew Bogut and Aron Baynes will provided the needed steady presence on the frontcourt. Spurs point guard Patty Mills and Cleveland Cavaliers defensive guard Matthew Dellavedova will man the playmaking duties for the team. Deng Adel of the Cavaliers and Jonah Bolden of the Philadelphia 76ers are also part of the pool.

Simmons, who represented the Australian Boomers twice during the 2012 FIBA U17 World Championship and the 2013 FIBA Oceania Championship, recently signed a massive contract extension with the Sixers. With the additions of do-it-all big man Al Horford and combo guard Josh Richardson, Philly is primed to top the Eastern Conference next season.

During a city-wide celebration of his MVP season, the 24-year old Giannis Antetokounmpo of the Milwaukee Bucks gave a bold statement to his avid fans, saying that he doesn’t want them to call him MVP until he wins it again next year. When asked why he provided such guarantee, Giannis explained that it’s a matter of him wanting to improve more on his skill set, per Jack Maloney of CBS Sports.

"I get mad when my girlfriend says, 'You know you're really good, you're one of the best. I'm like, 'No, I'm not' because whenever that happens I relax. I am a person   where whatever I do, I do it 100 percent. If I am lazy, I am lazy 100 percent. I don't   want to relax a bit because I'm not done yet. I want to be for multiple years the best player in the league."

Antetokounmpo, who produced a career-high stat line of 27.7 points, 12.5 rebounds, and 5.9 assists per game last year, went on to best out James Harden’s incredible scoring season to win the coveted MVP trophy. He also led the Bucks to an Eastern Conference Finals appearance, losing to the eventual champions Toronto Raptors.

But it’s safe to say that the Greek Freak isn’t resting on his laurels, as the 6-foot-11 forward pointed out that he has not yet reached his full potential, per ESPN’s Ohm Youngmisuk.

"A lot of people say, 'You are the MVP, you are one of the best players in the league, you are so dominant. But I think I can get better. I think I am at 60 percent of my potential, as good as I can be. I just want to be better. If I am in the same situation again [in the conference finals], react better, play the game better, play better, execute better."

The Bucks made some strong moves this offseason. They were able to re-sign key cogs Brook Lopez, Khris Middleton and George Hill, while also acquiring vets Robin Lopez and Wesley Matthews to solidify Giannis’ supporting cast. They have lost young combo guard Malcolm Brogdon, who signed with the Indiana Pacers, along with stretch forward Nikola Mirotic, who opted to return to Europe to play for Barcelona. But with Giannis expected to improve more on his perimeter shooting and his overall arsenal, the Bucks still figure to be a top two team in the East.

OKC prepared to move Westbrook even before George trade demand

The Oklahoma City Thunder have entered a new era in their franchise after trading star forward Paul George to the Los Angeles Clippers, a move that led to another blockbuster trade that saw long-tenured superstar Russell Westbrook head to the Houston Rockets. The Thunder pressing the reset button this offseason came as a shock to many, but Bleacher Report’s Howard Beck points out that the team has long been planning to rebuild after the 2019-20 season.

“The clock was already ticking loudly on the Westbrook era, with team officials quietly preparing to hit the reset button next summer, per sources, after one more run. George's surprise trade request simply accelerated the process -- and freed the Thunder to make the moves they knew were overdue for a team that couldn't win a playoff series.”

While Westbrook has piled up consecutive triple-double season after Kevin Durant signed with the Golden State Warriors in the summer of 2016, the Thunder has found little to no team success in the playoffs. They have lost in the first round of the postseason three years in a row, with the recent coming in the hands of Damian Lillard and the Portland Trail Blazers. With little financial flexibility, the Thunder didn’t have the means to improve their roster and had no choice but to just build up from what they got. Thus, they entered a stage where they had to consider pressing the reset button on their personnel.