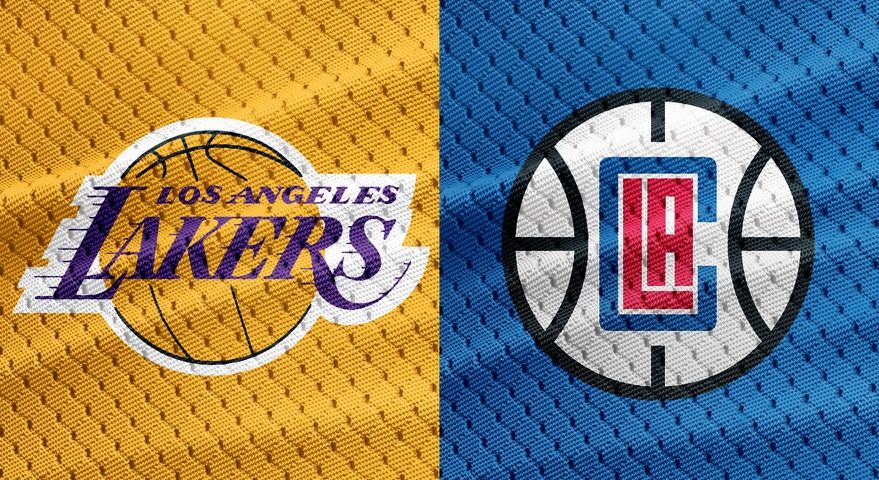 The NBA has recently released details on the 2019-20 season schedule, including big games taking place during the opening night and the Christmas Day. Per The Athletic’s Shams Charania, LeBron James and the Los Angeles Lakers will take on Kawhi Leonard and the Los Angeles Clippers on opening night, which will be on the 22nd of October. Kevin O’Connor of The Ringer reports that the NBA has indeed decided to move back the start of the season this year.

“The 2019-20 NBA season will move back one week next year and begin October 22, per league sources. This means the playoffs will also begin a week later. The change is to prevent opening night from occurring too early moving forward each year. The FIBA World Cup was also a factor.”

Also showing off their wares at opening night are Kyle Lowry and the Toronto Raptors and Zion Williamson and the new-look New Orleans Pelicans. It has always been a tradition for defending champions to have their championship ring ceremony during the first night of the season. Despite the departure of Kawhi, the Raptors are still expected to contend in the Eastern Conference. Their success will heavily depend on the growth of their young budding stars in Pascal Siakam and OG Anunoby, while their veteran crew of Lowry, Serge Ibaka and Marc Gasol will provide a steady presence for the reigning champs.

For the Pelicans, it won’t just be about their prized rookie from Duke University. New Orleans will also roll out young guns Lonzo Ball, Brandon Ingram and Josh Hart, the talented trio they received in the Anthony Davis trade package. All-Star point guard Jrue Holiday, who is coming off his best season in which he posted impressive averages of 21.2 points, 5.0 rebounds and 7.7 assists per game, is expected to be the main man for the Pelicans’ young roster.

While the Lakers and the Clippers will kick off their rivalry during the opening night, they will also be featured in the league’s Christmas Day slate. Both teams from LA are highly-expected to top the Western Conference, especially with their respective dynamic duos leading the way. Giannis Antetokounmpo and the Milwaukee Bucks are also scheduled to visit Joel Embiid and the Philadelphia 76ers that night, while the new Russell Westbrook-James Harden duo of the Houston Rockets will try their luck against Stephen Curry and the Golden State Warriors at the Chase Center in San Francisco, the Dubs’ new home arena.

Another interesting part of the schedule is superstars with new teams coming back to the home arena of their former squads. On November 14, Kristaps Porzingis of the Dallas Mavericks will come back to Madison Square Garden to play against the New York Knicks, the franchise that drafted him 4th overall in 2015. In probably one of the most hyped games of this season, AD and the Lakers will test the mettle of the young Pelicans at Smoothie King Center on the 27th of November. It’s expected that the New Orleans fans will rain down the boos on Davis, especially with how the All-Star big man has voiced out his desire to be traded away from the team last season. Ball, Ingram and Hart also have plenty to prove against the Lakers team that shipped them, while Zion will be facing off with LeBron.

That same night, Kyrie Irving and the Brooklyn Nets will visit Kemba Walker and the Boston Celtics. It remains to be seen how the Boston fans will welcome Irving, but it’s safe to say that it won’t be pleasant at all. Irving openly committed to re-signing with the Celtics before last season began, but the struggles and conflicts within the team ultimately changed his decision for good.

On December 11, the Raptors will have the chance to welcome Kawhi Leonard, the main man during their successful title run last June. The Oklahoma City Thunder will also have the same opportunity when Westbrook and the Rockets visit them on January 9. The Brodie has been with the franchise ever since he was drafted in 2008. Westbrook has led the Thunder to the playoffs nine times, including three conference finals appearances and one Finals stint in 2012.

The USA Men’s Basketball Team has went through their first practice session at Las Vegas in preparation for the 2019 FIBA World Cup later this month. Knicks combo big man Julius Randle is the latest star to withdraw from national team duties, leaving the squad with more young guns than top-tier stars on the roster.

Randle is also an addition to a growing list of big men who won’t play for the squad. Among them are Anthony Davis of the Lakers, Kevin Love of the Cavaliers, Andre Drummond of the Pistons, Paul Millsap of the Nuggets and Montrezl Harrell of the Clippers.

The most common reason on why these big names have withdrawn from the duty is to focus on their team preparations for the upcoming NBA season. There are also former key cogs of the USA team who are still recovering from injuries. Nets’ newly-acquired star Kevin Durant is still nursing an Achilles injury, while Warriors’ star shooter Klay Thompson sustained a Torn ACL injury during the team’s Finals match-up against the Raptors.

That leaves head coach Gregg Popovich as the biggest star of the squad. The high-profile coach is the newly-installed head tactician for the USA team, and his team-oriented, pass-first system will definitely bode well in the international stage. Back in February, Popovich reiterated that he won’t be pushing superstars to play for the national team if they didn’t want to, per Brian Mahoney of The Associated Press.

Furthermore, Jerry Colangelo, the team’s managing director, says that he is not at all worried about their title defense, per AP’s Tim Reynolds.

Indeed, the Americans will still enter the tournament as the favorites. But there will be a bevy of contenders standing on their way. Greece will be backed up by reigning MVP Giannis Antetokounmpo and his brothers while Serbia will be headed by Nuggets do-it-all big man Nikola Jokic and veteran playmaking maestro Milos Teodosic. Marc Gasol and the Spanish team will always pose as heavy threats, while Rudy Gobert and the French squad should also be up there among the top teams in the tournament.

Former Cleveland Cavaliers general manager David Griffin has recently hinted that his comments on LeBron James were blown out of proportion, leading him to clarify the speculations. Griffin joined ESPN’s The Jump to add some missed details on his comments.

“My belief at that time was, there’s no way anybody can be born in Akron, Ohio, deliver the first championship in 52 years to Cleveland, Ohio, and be the same human being—it’s not possible you’re a person you’re a human being.”

This was his response to some criticisms on his statements on the 2016 Cavaliers team that was included in an article written by Jake Fischer of the Sports Illustrated. Here are some of Griffin’s comments during his sit-down with Fischer.

"Everything we did was so inorganic and unsustainable and, frankly, not fun. Literally the moment we won the championship I knew I was going to leave. There was no way I was going to stay for any amount of money.

LeBron is getting all the credit and none of the blame. And that's not fun for people. They don't like being part of that world."

Indeed, James’ ultimate goal in going back to Cleveland is to face an unfinished business and bring a basketball championship to the city. James may have coasted in some games after their championship season, but it could still be traced to preserving himself for the grind of the playoffs.

That successful roster would eventually break apart in 2017, when Kyrie Irving surprisingly reiterated his desire to be play for another team. Irving was then traded to the Celtics, and everything wasn’t the same in Cleveland after that happened. The Cavaliers would make a series of trades, breaking off their continuity and chemistry. They would lose again to the Warriors in the 2018 Finals, while LeBron moved on to the Lakers the following season.