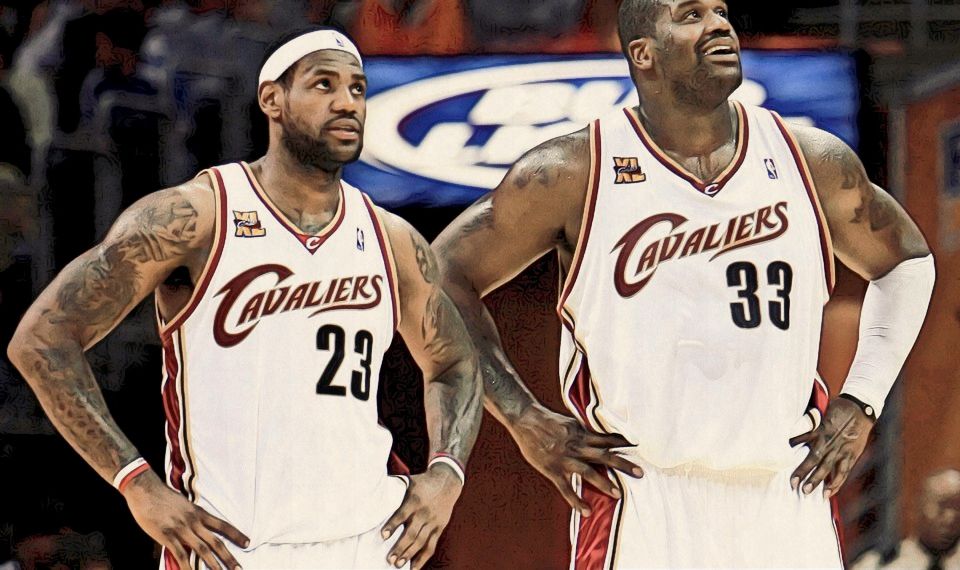 Shaquille says LeBron had every right to call out teammates

Former Los Angeles Lakers champion and now Hall of Famer Shaquille O’neal, one of the most polarizing superstars of his era, says that LeBron James had every right to sound off on his teammates for their lack of effort and desire to win. The Lakers are in the most important stretch of their regular season, but have lost games that they are supposed to win. Here’s Shaq’s comments via the Shaqcast:

“That’s what the hell you’re supposed to do. I did that s–t all the time, why do you think me and Kobe had beef? That’s what you do. If you ain’t stepping up, I’m talking to you like this, I’m calling you out.”

Shaquille personally knew LeBron as they both suited up for the Cleveland Cavaliers in 2009 before the latter made a decision to take his talents to South Beach. While they did not win a championship as teammates, both superstars won separate multiple championships during their respective stellar careers.

Currently standing at the Western Conference’s 10th spot with a disappointing 30-34 record, the Lakers have lost 9 of their last 12 games, including deflating defeats at the hands of bottom-dwelling teams like the Atlanta Hawks, Phoenix Suns, Memphis Grizzlies and an Anthony Davis-less New Orleans Pelicans. Defense still remains their great weakness as they haven’t had any sense of urgency on that end of the floor. With only 17 games left on their schedule, it’s now time for LeBron and the young Lakers to finally focus on exerting more effort on their defensive schemes.

After recently acquiring stretch power forward Nikola Mirotic before the trade deadline, the Milwaukee Bucks are again making moves to shore up their already-strong roster depth. The Bucks have recently signed star point guard Eric Bledsoe to a four-year, $70 million contract extension, a semi-bargain deal for a two-way playmaker who is doing a little bit of everything on both ends of the floor. Bledsoe is posting impressive all-around numbers of 15.9 points, 5.5 assists, 4.7 rebounds and 1.4 steals per game, while proving to be a steady veteran presence for the powerhouse Bucks.

Bucks general manager Jon Horst had heaps of praises for the burly point guard, per the NBA.com.

“We are excited that Eric will continue to be a core part of the Milwaukee Bucks. Eric is instrumental to our success and we’re proud that he is committed to the Bucks.”

But Milwaukee didn’t stop from there. It is also reported and confirmed that they have signed 38-year old Spaniard center Pau Gasol after the latter successfully negotiated a buyout agreement with the San Antonio Spurs. Gasol didn’t really play much for the Spurs this season, prompting both parties to part ways and give the veteran All-Star an opportunity to sign with another contending team.

Reports also say that Gasol’s ties with fellow Spaniard Nikola Mirotic made it easier for the Bucks to sign him. Here’s Mirotic’s statement as to how he convinced Gasol that Milwaukee is a good place to play in, via the USA TODAY’s Journal Sentinel.

Gasol, who is averaging 4.2 points and 4.7 rebounds in only 12.2 minutes per game this season, will be a solid contributor off the bench for the Mike Budenholzer-led Bucks team. A two-time champion with the Los Angeles Lakers, Gasol will be a mentoring presence for the team especially in the playoffs.

With an aim to improve the viewership and the overall dynamic of the All-Star Weekend, NBA Commissioner Adam Silver says that the league could be planning to replace the February festivities with ‘multiple smaller tournaments.’ During the MIT Sloan Sports Analytics Conference in Boston, Silver talked about the All-Star game, saying that “it didn’t work” and that the league has “put an earring on a pig.”

Kurt Helin of the NBC Sports reported on this development.

“Silver also talked about chopping off 15-20 percent of the NBA season, say scaling back to 70 games instead of 82. Of course, 70 games would mean six fewer home dates per team, a corresponding drop in revenue, and with that players and everyone involved with the league would have to take a 15-20 percent pay cut.

There could be multiple smaller tournaments, Silver said. It would even be possible to have some of these tournaments overseas — Europe, Asia — where the NBA is     working to grow its brand.”

Despite the league’s decision to televise a live coverage of the All-Star draft this year, the viewership ratings of the festivities have gone down and the glamour of the events such as the Slam Dunk Contest is not as stellar as before.

Andrew Bogut, the Golden State Warriors’ starting center during their first successful championship run, is reportedly set to re-join the defending champs in time for the playoffs. Bogut played for the Sydney Kings of Australia’s National Basketball League (NBL), where has was named both the Most Valuable Player and Defensive Player of the Year. Warriors head coach Steve Kerr confirmed that the team is pursuing Bogut, but nothing is official just yet, per ESPN’s Marc J. Spears.

"I'm not going to go into kind of our needs and all that. Just cut right to the chase and tell you that we have been talking to Bogut and his representatives and nothing  is official. And there's things that have to happen and we can't really comment on it until it's official. The other question [about how he fits] I'll answer at the appropriate time."

Bogut has already completed the season with the Sydney Kings and has received clearance from the basketball club. However, Spears says that the 34-year old Australian big man still has “to obtain a work visa and get clearance from FIBA before he can sign a contract for the remainder of the season.”

"We trust whoever they bring in as long as he do his job. I'm sure [Bogut's] going to add a little bit of knowledge and wisdom because he's been a part of the system before. We're looking forward to having him on the team."

If Bogut and the Warriors indeed come to terms, the veteran center will provide a defensive presence on their frontline line-up, something that the defending champs have been sorely lacking this season.