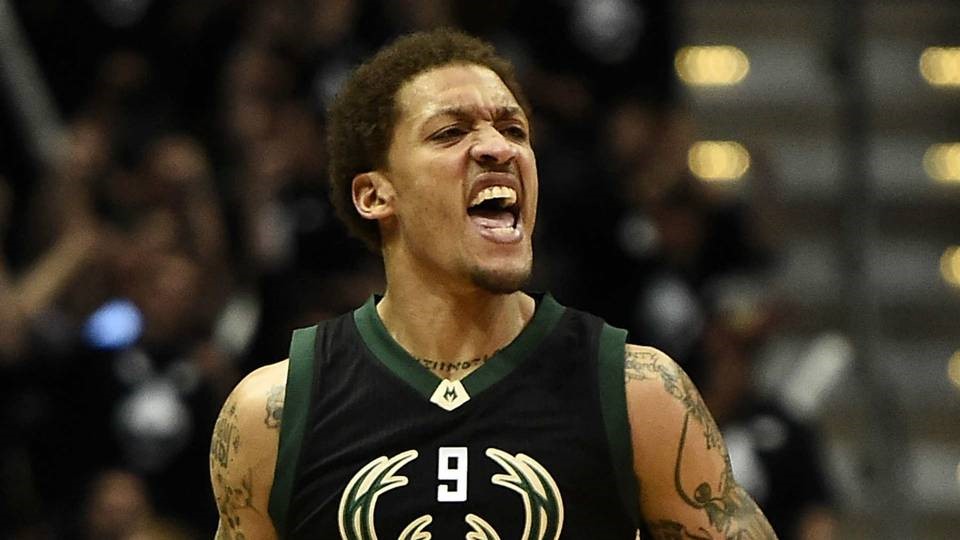 The New York Knicks lost a former MVP when Derrick Rose decided to sign with the Cleveland Cavaliers. But the Knicks signed the player drafted next to D-Rose in the 2008 NBA Draft.

On August 8, 2017, the Knicks announced that they had signed former Milwaukee Bucks forward Michael Beasley to a 1-year deal. The 6-9 235 pound Beasley averaged 12.4 points and 4.7 rebounds per game in a total of 509 career games in 9 NBA seasons. Beasley has played with the Miami Heat, Minnesota Timberwolves, Phoenix Suns, Houston Rockets and the Milwaukee Bucks. He was originally drafted by the Miami Heat with the 2nd pick in the 2008 NBA Draft.

Beasley joins a list of #2 overall picks who flopped in the NBA. Among them are Sam Bowie, Darko Milicic and Hasheem Thabeet. Bowie was drafted by the Portland Trail Blazers #2 overall ahead of Michael Jordan in 1984. Darko Milicic was picked 2nd overall ahead of Dwyane Wade, Chris Bosh and Carmelo Anthony in 2003. However, unlike Bowie and Milicic. Thabeet meanwhile was selected at #2 by the Memphis Grizzlies. He was picked higher than James Harden, Stephen Curry and DeMar DeRozan in 2009.

Embed from Getty Images
More than basketball, Beasley’s troubles also came off court. During his rookie season in Miami, Beasley was reported to have been fined several times by the Heat for violation of team policy. In 2011, he was pulled over by a Minnesota policeman for speeding. When the officer checked the car, it had a strong marijuana odor. Beasley claimed it was a friend who used the drug and he was not arrested. While playing for Phoenix two years later, Beasley was arrested on the suspicion of marijuana possession. He was waived by the Suns following the incident. Then in 2014, Beasley was charged with sexual assault although the charges were dropped after no probable cause was clearly established.

With these red flags, one gets an idea of why Beasley has bounced around the league despite his unlimited basketball potential. But if you think the Knicks didn’t do their homework, think again. The Knicks recently added executive Craig Robinson to their front office. Robinson, a brother of former U.S. First Lady Michelle Obama, was the former Vice President for Player and Organizational Development of the Milwaukee Bucks. He knew Beasley in Milwaukee from a season ago. And the talk in Milwaukee was that Beasley is all grown up now. If that’s the case and if he can prove that in the bright light of New York, then he could be a diamond in the rough for the Knicks.

Beasley is a low risk and high reward signee for the New York Knicks. For one, he’s only worth the veterans minimum at $2.1M and for only one season. Beasley can also provide the Knicks with the scoring that they so need coming off the bench. Last season, the Knicks were 25th in the NBA in bench scoring at 31.9 points per game. With his scoring prowess, Beasley almost uplifts that state.

Sure, Beasley only averaged 9.4 points per game last season, but when he is focused he is still an excellent scorer. Remember last season when the Greek Freak Giannis Antetokounmpo was limited due to an illness during a game against the San Antonio Spurs last January? Beasley scored 28 points on 11-18 shooting and the Bucks beat the Spurs on the road. 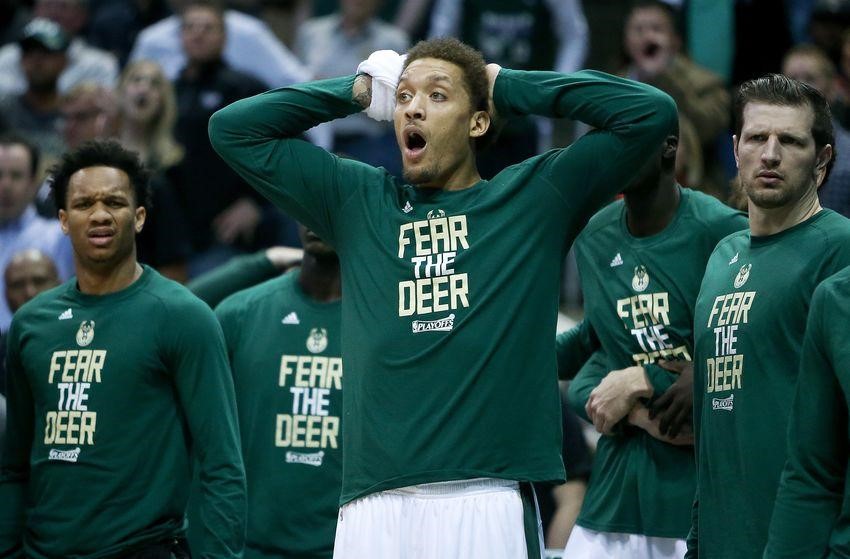 Then there is also the possibility of Beasley playing a much bigger role with the Knicks, that is if the Carmelo Anthony trade materializes. Beasley has never been the big-time scorer in the NBA like Melo has always been but if you take a look at his per 36 minutes average in the previous two seasons, he’s a 20 point scorer if given the minutes.

We know Michael Beasley to be a great scorer but we also know he was a ball-dominant player during the most productive seasons of his NBA career. That could be a potential problem given that the Knicks are rebuilding around Kristaps Porzingis. But if you take a look at Beasley’s advanced statistics last season, he had the second lowest usage percentage of his career at 25.3%. And considering he played with a similar ‘unicorn’ in the Greek Freak at Milwaukee last season, it does appear that Beasley is going to fit well with Porzingis if he starts alongside him.

Could Be A Factor 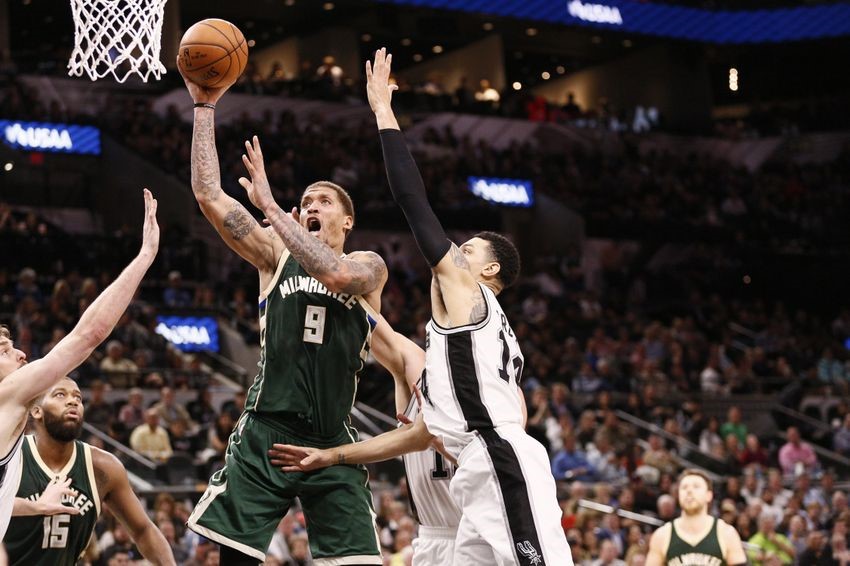 Beasley has never been a good defender during his career but if you take a look at the averages of the Knicks’ small forwards, his numbers are still better. Anthony had a defensive rating of 113 points per 100 possession last season while Lance Thomas had a 114. Beasley’s 109 isn’t elite but it’s better than both. Actually, if you plug that number to the Knicks’ 2016-17 roster, that would be the second best in the team.

If you take a look at another defensive metric, the Defensive Real Plus Minus which measures a player’s overall defensive impact on the court, Beasley ranked 51st in the league last season. In comparison, Carmelo Anthony and Lance Thomas were only 65th and 64th, respectively. The difference isn’t much but he point is that he still had the better numbers.

Given all these, Michael Beasley could be a factor for the New York Knicks this coming season. If he can focus on basketball and stay away from injuries, he can be an excellent contributor in the Big Apple. The NBA is such a talent-laden league where not many players get second chances. In Michael Beasley’s case, this is his 6th stop in 10 seasons. Despite being called a bust, he’s prolonged his NBA career. With the opportunities in a rebuilding team like New York, perhaps he can finally find himself a team he can call home.