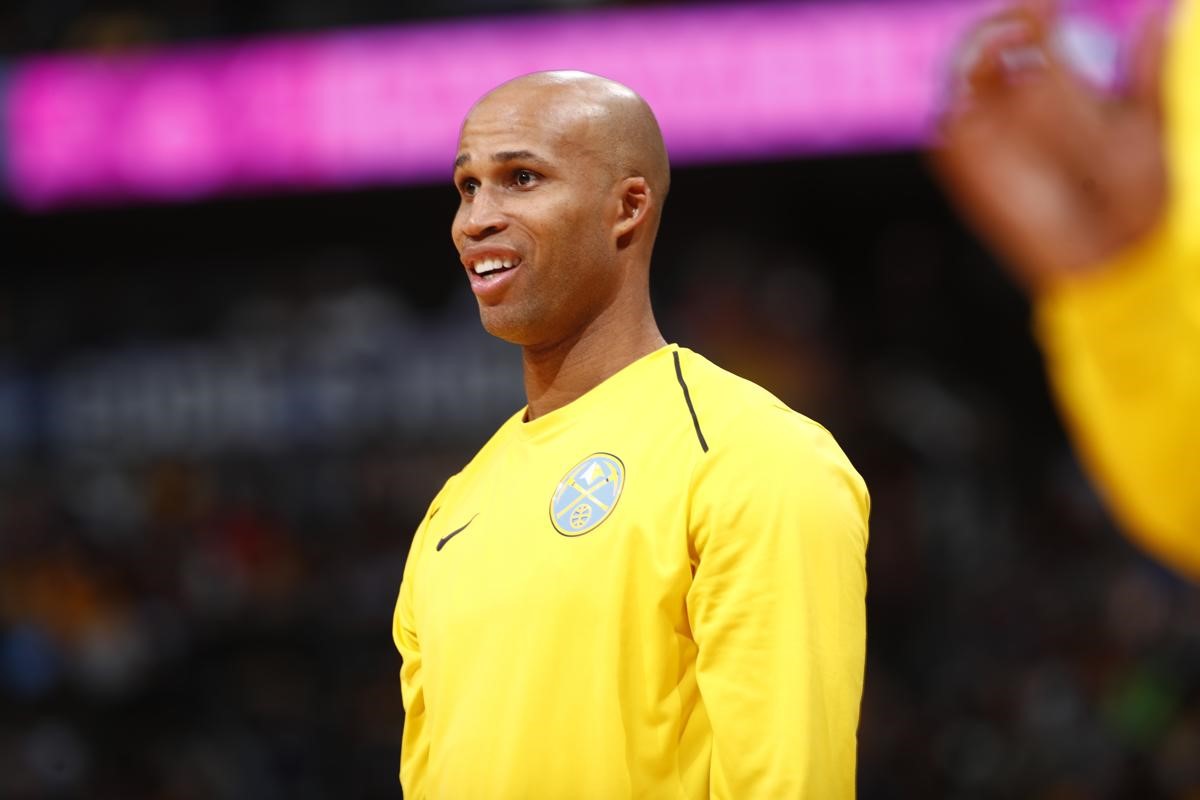 The 38 year old forward officially announced his retirement via Instagram by paying tribute to his father. Said RJ:

“In the last month I’ve dealt with two life changing events back to back. My decision to move on from basketball and the tragic passing of Big Rich. The support of my family and friends have been huge. This video was taken after he bbq’d for about 20 people, something he would do a few times every summer. All I would do is tell people that I was having people over to my house and the next question was “Is Big Rich on the grill?” He really was a true OG. I’m going to miss all his one-liners, his cooking and his ability to make a whole room laugh. Until next time!!!! #RIPPLAYAPLAYA #tripleOGPAPA REALLY WAS A ROLLING STONE!!!”

Death Of His Father 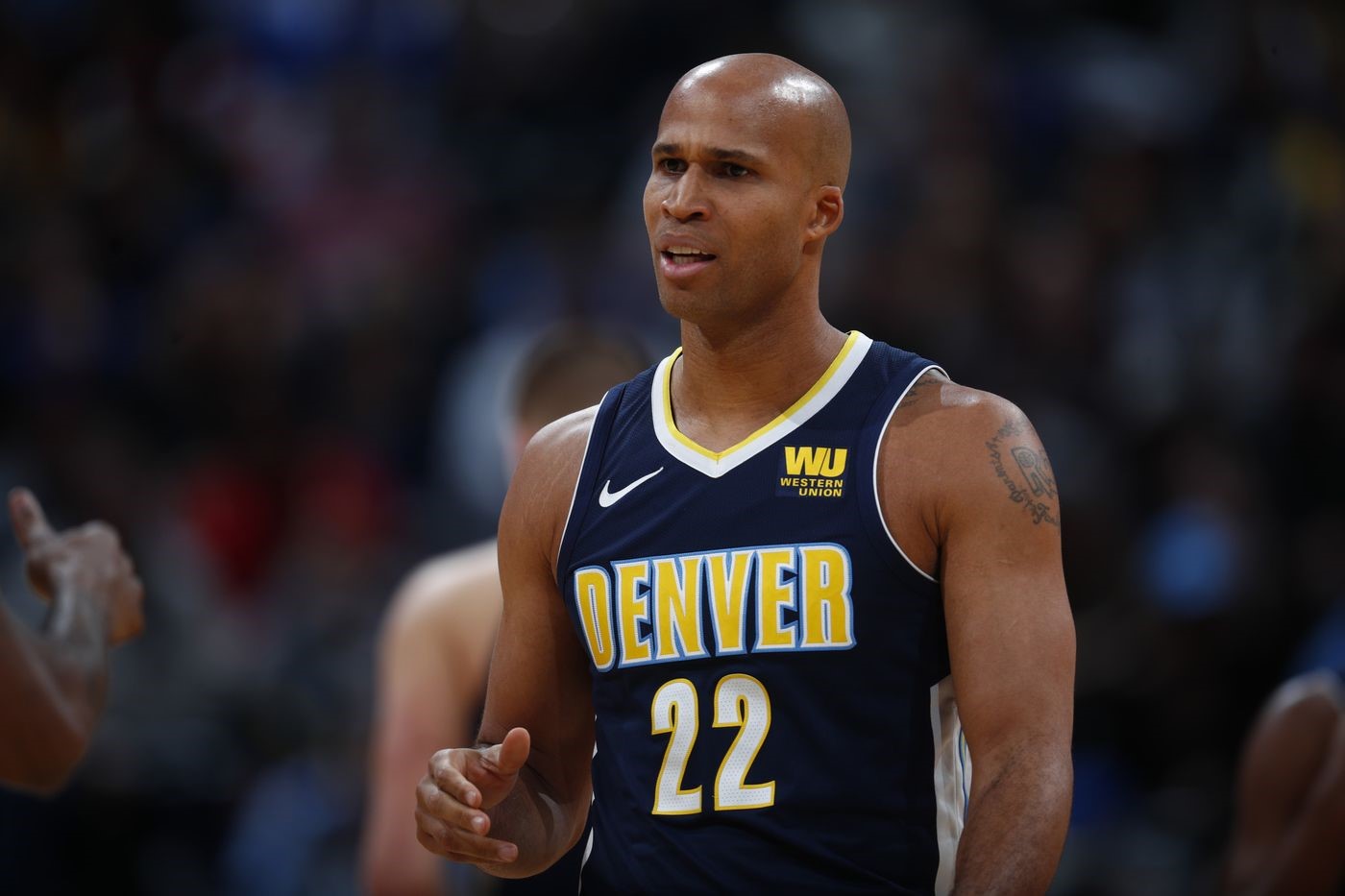 Last month, Richard’s namesake 65 year old father was fatally shot in the 600 block of West Peach street in Compton. According to police, the elder Jefferson, who was a resident of Inglewood, California, was standing at the corner of West Peach Street and Paulsen Avenue when a dark colored vehicle carrying several male occupants approached him. At least one of the men inside the car opened fire at Jefferson. He suffered gunshot wounds to his torso and was rushed to a nearby hospital where he was pronounced dead on arrival.

The motive of the killing is still unknown and the murder is still being investigated but the younger Jefferson once talked about his childhood area being “pretty bad”:

Jefferson’s parents split when he was very young and he moved to Glendale, Arizona together with his mother and two brothers to “start a new” life. His father remained in California and in recent years, the younger Jefferson re-established his relationship with his estranged father as he and his family have spent several summers in Los Angeles’ South Bay, not far from where his father lived.

From Superstar To Valuable Role Player

Richard Allen Jefferson was the 13th pick of the New Jersey Nets in the 2001 NBA Draft after leading Arizona to the 2001 NCAA championship game. After being named to the All-Rookie 2nd team in 2002, Jefferson went on to star for the Nets during their two trips to the NBA Finals.

He played 7 seasons for the Nets and during his tenure there, Jefferson earned a spot on the 2004 US Men’s Basketball team to the 2003 FIBA Americas Championships and the 2004 Olympics. He also participated in the 2003 Slam Dunk Competition during the 2003 NBA All-Star Weekend.

Jefferson began his career backing up Keith Van Horn in New Jersey. But after Van Horn was traded to the Philadelphia 76ers following a beef with Kenyon Martin, Jefferson assumed the starting small forward role with the Nets and he blossomed into one of the NBA’s first two-way stars.

In 2004, Jefferson signed a six year extension worth $78M with the Nets but four years later, he was traded to the Milwaukee Bucks for Yi Jianlian and Bobby Simmons. The following season, Jefferson was once again traded, this time to the San Antonio Spurs. Jefferson would find himself playing for the Golden State Warriors, Utah Jazz and the Dallas Mavericks before finding his way to the Cleveland Cavaliers in 2015.

Jefferson would rekindle his old fire playing with LeBron James in Cleveland. RJ would play 74 regular season games in his first season with the Cavs. Although he only played 17.9 minutes per game and averaged just 5.5 points per contest, Jefferson was one of the most valuable bench players in Cleveland. He was LeBron’s back-up at small forward and was often tasked to defend the best offensive player on the other team. 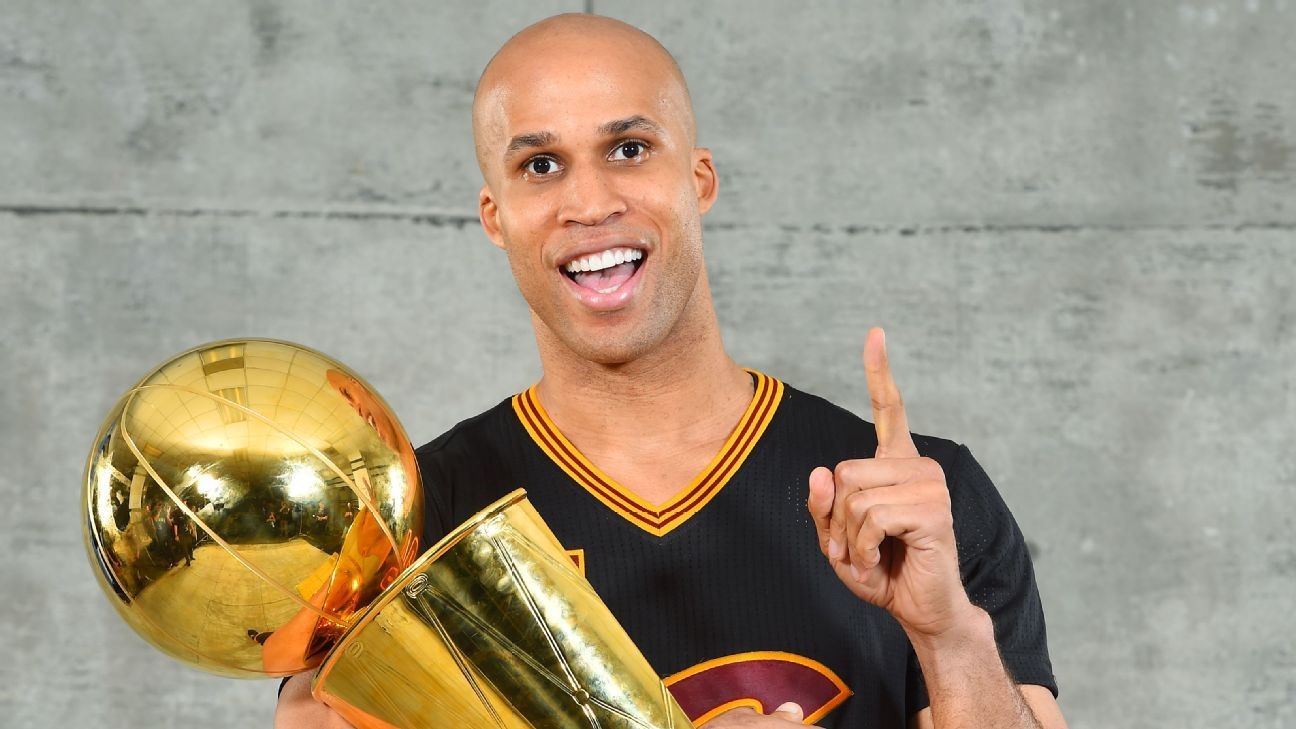 In the 2016 playoffs, Jefferson would start 2 out of 20 games played. He shot the ball at 39.3% from behind the three point line, providing the Cavaliers the much needed three point shooting to combat the Golden State Warriors in the NBA Finals.

Despite being down 1-3 in the 2016 NBA Finals, the Cavs rallied to win their first ever NBA championship. During Cleveland’s 93-89 win in Game 7, Jefferson played a total of 26 minutes and grabbed 9 rebounds while playing tough defense on the Warriors.

Jefferson’s 2016 NBA Finals appearance would put him in the record books as it was tied the record ( with Elden Campbell and Sam Cassell) for the longest period in between NBA Finals appearances at 13 years. He would consider leaving the game at the top after winning the NBA championship but he ultimately decided to return for the 2017-18 NBA season.

But before the season began, Cleveland traded Jefferson to the Atlanta Hawks who immediately waived him. Jefferson then signed to play for the Denver Nuggets for the remainder of the 2017-18 season. Jefferson appeared sporadically for the Nuggets, playing in just a total of 20 games during the entire season, while posting career low numbers of 1.5 points, 0.9 rebounds and 0.8 assists in 8.2 minutes of playing time per game. With Denver battling for the final playoff spot in the West late in the season, Jefferson did not appear in any of the team’s last 10 games.

Jefferson would finish his 17 year NBA career having played for a total of eight NBA franchises, helping five make the playoffs, two to the NBA Finals while winning once in three NBA Finals appearances. He would play in 12 postseasons in 17 NBA years and leaves with career averages of 12.6 points, 4.0 rebounds and 2.0 assists in 1,181 NBA games. Most of all, he will not be forgotten for being a steady veteran presence to the teams he played in the twilight of his NBA career.