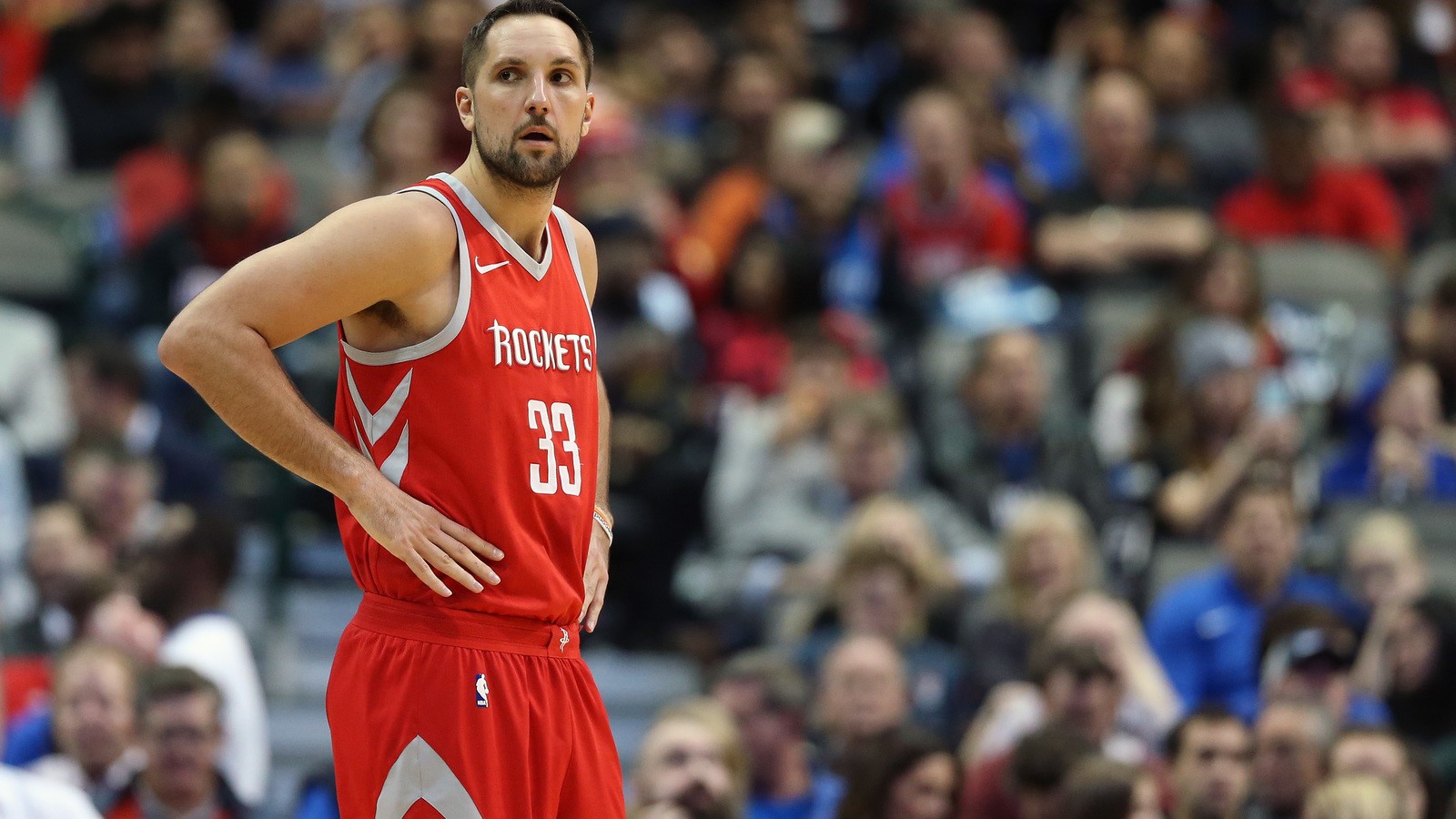 After acquiring forward Carmelo Anthony via free agency last month, the Houston Rockets continued to add pieces to the 2017-18 NBA best record team. This time around, they hit it both ways as first, they were able to finally unload of a contract which they have been trying to do so since the previous season and second, they were able to add two young pieces who could possibly improve their already impressive team.

The Rockets had their best season ever when they finished the 2017-18 campaign with a 67-15 record, the first time in franchise history where the team had the best record in the league. James Harden won his first NBA MVP award and the Rockets were on their way to unseating the defending champions Golden State Warriors in the 2018 Western Conference Finals when tragedy struck.

Leading 3-2 in the series, the Rockets lost Chris Paul to injury. Without their all-star point guard, the Rockets would go on to lose the last two games of the series at home. The Warriors went on to sweep the Cleveland Cavaliers in the 2018 NBA Finals to win their second straight NBA title and third in four years. However, had Chris Paul not been hurt, it could have very well been the Rockets who hoisted the Larry O’Brien trophy last June. Tough luck, really. 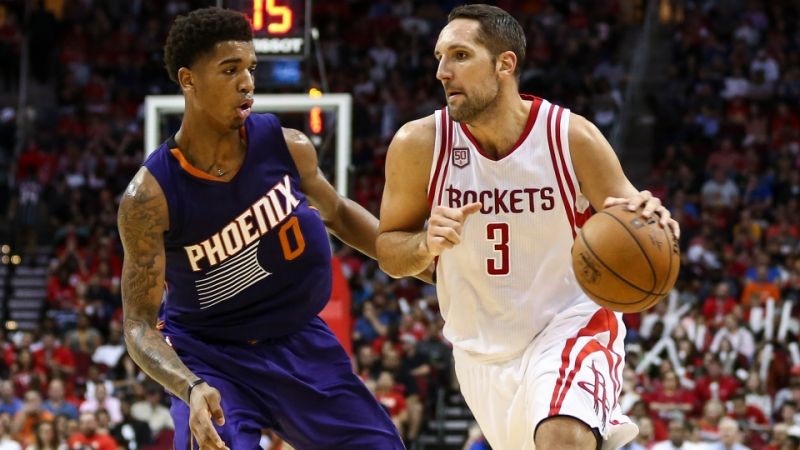 In the offseason, Houston lost Trevor Ariza and Luc Mbah Moute to free agency. They added Melo, who is expected to add more firepower to a team that has James Harden, Chris Paul and former NBA Sixth Man of the Year winner Eric Gordon. Now, the Rockets have made another move that is seen as an attempt to bolster their bench while unloading one of the undesirable salaries in the league.

Ryan Anderson was a sweet shooting forward who averaged 16.1 points per game on 38.2% three point shooting with the Hornets from 2013-2016. The Rockets signed him to a four-year $80M deal in 2016 but Anderson has not only seen his numbers continually dip in each of his first two seasons with the Rockets, his salary became one of the thorns on Houston’s side this previous season.

Anderson is still owed $41M over two season and that steep price was the reason why the Rockets were never able to unload him before the trade deadline. While Anderson was a floor spacer with his ability to knock down the three point shot consistently, he was a liability for the Rockets on defense and his inability to chase the much younger, faster and more athletic power forwards in the league made him unplayable for pretty much of the season.

Last season, Anderson averaged just 9.3 points per game on 26.1 minutes of playing time. Both stats were his lowest since his sophomore season when he was still with the Orlando Magic. Anderson had averaged in double digit scoring for seven consecutive season prior to the 2017-18 season. But after a modest 2017 season with the Rockets, Anderson saw his minutes and his role significantly decrease last season. With the addition of Carmelo Anthony, Anderson had even become more expendable. The problem though was who would take on his $41M deal.

That question was answered on Friday when the Rockets announced that they had traded Anderson to the rebuilding Phoenix Suns. In the deal, the Rockets also sent rookie guard De’Anthony Melton while receiving guard Brandon Knight and Forward Marquese Chriss in return.

Melton was the Rockets’ 46th overall pick in the 2018 NBA Draft. The 6-3 guard is considered one of the steal in the last NBA draft. Many viewed Melton as a first round pick with his athleticism, defense and floor generalship. Melton was a solid performer for the Rockets in the 2018 Summer League. While he isn’t considered a immediate star material, Melton would have been a key contributor off the Houston bench. Now he gets a chance to get more minutes and even perhaps the starting job in Phoenix who now doesn’t have a starting point guard after trading Elfrid Payton and now Knight.

While the Rockets paid the price for shedding Anderson’s contract by losing Melton, Houston got two former first rounders who have not been able to live up to their expectations at the NBA level.

Knight was the 8th overall pick in the 2011 NBA Draft by the Detroit Pistons out of the University of Kentucky. The 6-3 guard missed the entire 2017-18 season with an ACL injury. He recently underwent a “surgical cleanup” of his injured knee and is expected to miss the start of training camp. Houston will be Knight’s fourth team in six seasons and at age 26, he’s moved a lot because of injuries.

At his best, Knight has starting PG quality and he’s shown that in the past. However, what he has to show now is that he can be healthy and ready to play a full season. Knight isn’t expected to return to full strength but given the depth in Houston, this may be the break that he needs in his young career. Because of his talent and reputation, Knight has had to play with pressure in his previous stops. However, injuries have prevented him from reaching his full potential. Without that kind of pressure in Houston, Knight could enjoy a reboot which could be beneficial for both sides.

Marquese Chriss was the Suns’ 8th overall pick in the 2016 NBA Draft. The 6-10 forward from Washington though, only averaged 8.5 points and 4.5 rebounds per game in two season with Phoenix. Once considered as the next Amare Stoudemire in Phoenix, Chriss’ slow progress and his seemingly lack of feel for the game has overshadowed his physical gifts. However, like we said about Brandon Knight, playing without the same amount of pressure in a talent-laden contender like the Rockets could help Chriss develop much faster. He may be the Rockets’ second most athletic player next to Clint Capela and if he can reach his potential, he could be a force on defense as well.

Could Come in Handy 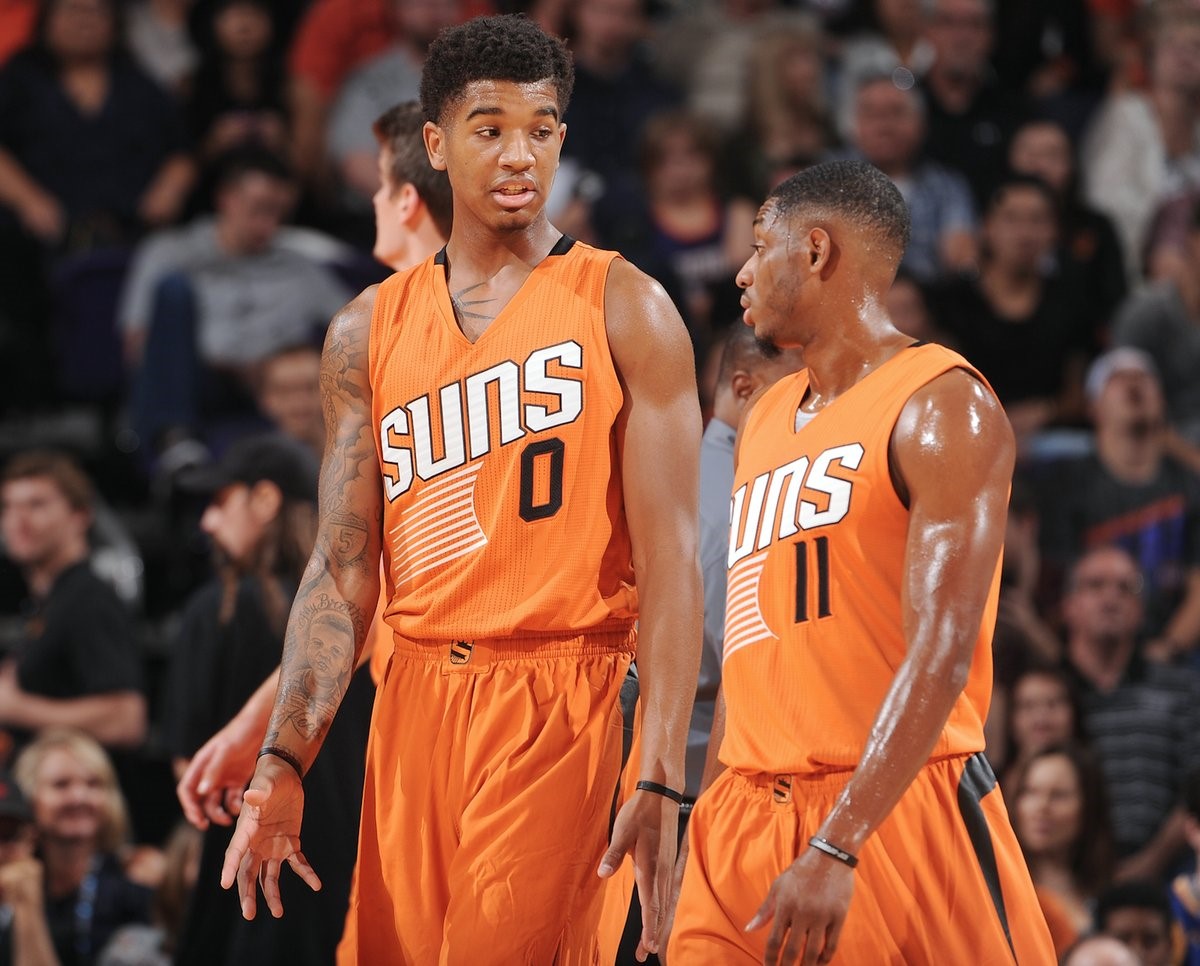 With the moves they made, the Rockets have upgraded their line-up, at least on paper. Anderson was no longer expected to get the minutes with Anthony’s arrival. Anthony and P.J. Tucker will play maor minutes at Anderson’s position. The addition of Chriss gives Houston a faster and more athletic option at the four spot. While Anthony is more of a scorer and Tucker a handyman, Marquese Chriss gives Houston a new look if he plays alongside Capela. Not saying he is going to be a major difference maker, but the 21 year old gives Houston an added piece who could be a part of their future.

Before we know if Chriss pans out though, the Rockets will have to pick up the $4.1M fourth year option of his contract. But given that it’s a modest amount compared to the potential that could be on the table, Houston will likely pick it up considering Chriss will have to compete with only Zhou Qi and Isaiah Hartenstein for minutes. Chriss is no immediate star but his two year experience plus potential makes him more appealing than the other two young forwards.

There is no questioning Brandon Knight’s talent. The big concern on him is his health. Still, if Knight can get healthy, he will get good minutes behind Chris Paul. Remember that Mike D’Antoni is using Harden as CP3’s alternate at playmakers and no question Harden does a good job at it as well. But imagine if Houston can play Knight and Eric Gordon at the same time, that should give Harden and Paul enough time to rest while not losing competitiveness on the floor.

Knight will have to compete for his minutes though as the Rockets also acquired another point guard in former Rookie of the Year Michael Carter Williams during the summer. Williams has had injury issues before but compared to Knight, he is much healthier. Talentwise, Carter-Williams is the better defender but Knight appears to have the better offensive skill set. How that plays out though remains to be seen. Still, this is a good problem to have for the Rockets.

With the Golden State Warriors adding DeMarcus Cousins in the offseason, the Rockets also needed to get better this summer because as GM Daryl Morey put it, the Western Conference is an arms race. Houston may have not added someone like Boogie Cousins this summer, but not only did they save more than $11M in salaries and luxury tax payments in unloading Anderson, they’ve added two former first round picks who could come in handy for them in the long run.