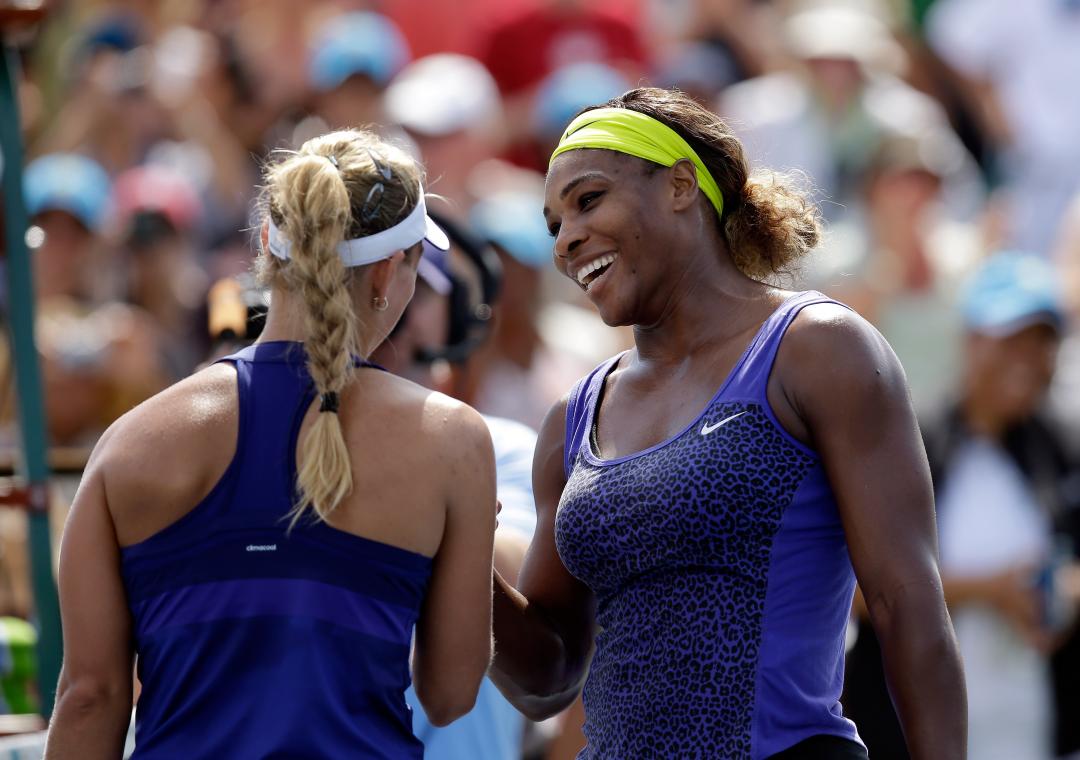 Angelique Kerber’s victory at the 132nd Wimbledon Championships was a huge one. Her win at the All England Club added put her a French Open title away from winning a career grand slam. The former world number one won the Australian Open and U.S. Open back in 2016.

Kerber also became the first German woman to win Wimbledon since German great Steffi Graf won in 1986. Her triumph over Serena Williams on Saturday made her only the second player (other than Venus Williams) to defeat Serena Williams twice in a grand slam finals. Kerber didn’t just beat Serena again, she did so convincingly - in straight sets 6-3, 6-3.

Like Serena, Angelique Kerber is a great comeback story. After winning the Australian Open and U.S. Open in 2016 and taking over the top spot in the WTA rankings, she struggled in 2017. But after making the semifinals at the 2018 Australian Open, she is now a grand slam winner for a third time, this time winning the trophy that she had always coveted. But without taking anything away from her monumental conquest at the Championships, Angelique Kerber’s 2018 Wimbledon win was overshadowed by Serena Williams’ defeat.

After winning her 23rd grand slam at the 2017 Australian Open (while being 2 months pregnant), Serena Williams took 13 months off the tour after conceiving her first child and struggling to recover her health afterwards. Williams gave birth to daughter Olympia on September 1, 2017 and she suffered complications after her cesarean delivery. The complications included pulmonary embolism which according to her led to “multiple operations.”

She returned to action last March but acknowledged that she may have returned too soon after she lost two of her first four matches. Williams took a two month break before playing at the 2018 French Open. She won three matches at Roland Garros but withdrew due to a pectoral injury.

When Serena entered Wimbledon, she was only the 25th seed and the 181st ranked player on tour. However, despite playing in only her fourth tournament in her comeback, she was the odds on favorite to win at the All England Club. And why not, Williams had won there seven times before. Her last Wimbledon defeat came at the hands of Alize Cornet and it was in the third round in 2014.

As the world’s top ranked players fell on by one in the first week of the tournament, Williams kept on winning. Although she didn’t face a seeded player until #13 Julia Goerges in the semifinals, Serena Williams’ march to the finals at the 2018 Wimbledon Championships as impressive.

Williams was on a twenty match winning streak heading to Saturday. A victory in the finale would have given Williams a grand total of 24 grand slams won. It would have tied the all-time mark set by the legendary Margaret Court. To put that in perspective, Steffi Graf-dominant as she was won a total of 22 career grand slams. Roger Federer, arguably the best men’s player ever, has won a total of 20 grand slam titles.

But there would be no storybook ending. Kerber only had five unforced errors in the match, 19 fewer than Serena. The 30 year old German ace also put 80% of her returns in play against Williams when the latter’s previous opponents could only manage less than 60%. But more impressively, Angelique Kerber broke Serena Williams in four out of nine service games.

Kerber is only one of five players to beat Serena Williams in a grand slam final. And she has done so in two of their three meetings in a major finals. She defeated Williams in the 2016 Australian Open before Serena equalized by beating Kerber at the U.S. Open later that year.

The win will put Kerber back to #4 in the World next week. Meanwhile, Serena will climb to #28 following her triumphant return at Wimbledon. But more than the tennis victory, it’s the inspiration that Williams has given mothers which is more valuable at this point in time.

"It was such an amazing tournament for me. I was really happy to get this far. It's obviously disappointing, but I can't be disappointed. I have so much to look forward to. I'm literally just getting started” Said Williams. “To all the moms out there, I was playing for you today, and I tried.”

Her new ranking on Monday will put her in a very good position to get seeded at the U.S. Open without official intervention. For sure, she will be among the favorites, if not the top favorite to win the title again. But with Angelique Kerber on the rise again and with plenty of up and comers in the younger generation, there is no guarantee that Serena Williams is going to win that 24th grand slam title.

She is 36 years old and has a beautiful baby waiting for her at home. Yes, she has won more grand slams than anybody but one, man or woman, in all of tennis. Her legacy is secure. But this is what she is very good at. This is what she loves doing. You can’t fault her for trying. And no matter what happens next in her tennis career, Williams’ loss at the 2018 Wimbledon final will stand out as one of her biggest achievements ever, if not the biggest. Well of course, after her daughter Olympia. That’s for sure.