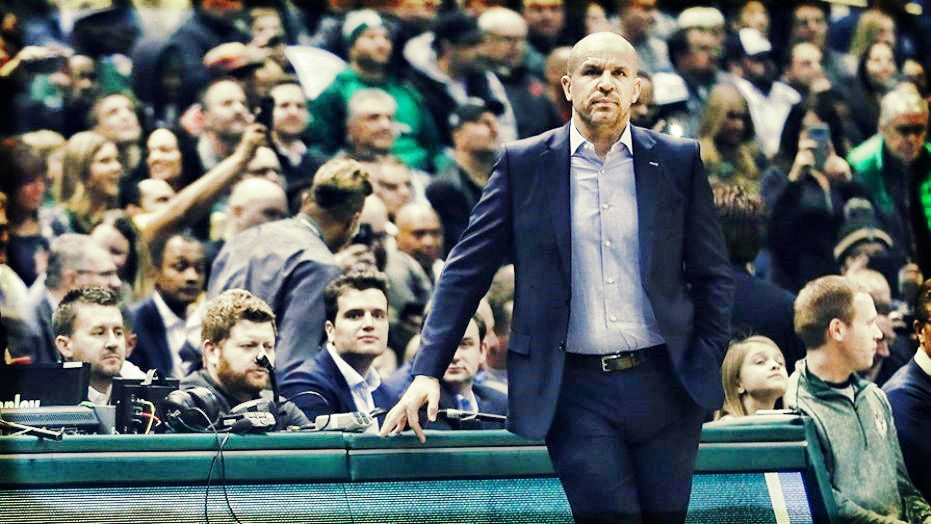 The Milwaukee Bucks fired head coach Jason Kidd after three plus seasons with the team.

Kidd came to Milwaukee in 2015 from Brooklyn and immediately showed results in his first season. But with the team unable to make it past the first round of the playoffs in two appearances plus the fact that the team is struggling in the current NBA season, the Bucks decided to terminate Kidd’s contract and move to a new direction. 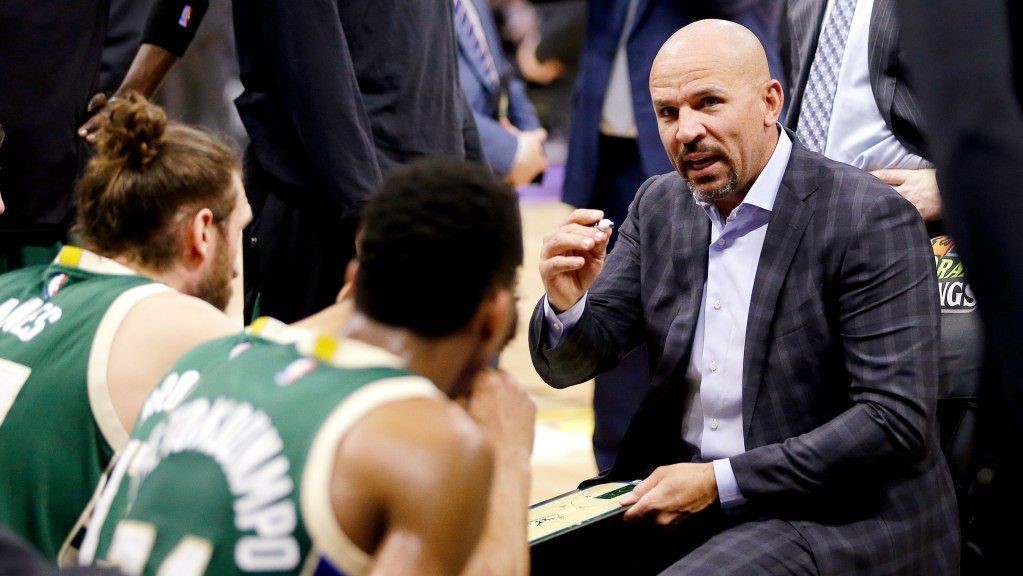 In his first season as head coach of the Bucks, Kidd engineered a 2- game turnaround. He transformed a 15-67 cellar dweller into a 41-41 playoff team. Although they lost to the Chicago Bulls in six games during the first round of the 2015 NBA playoffs, Milwaukee became only the second team in the history of the NBA to reach the playoffs the season after it finished with the league’s worst record.

But instead of building on that achievement, the Bucks regressed in Kidd’s second season. Milwaukee would miss the playoffs anew after finishing the 2016 season with a 39-43 record. Last season, the Bucks went two games over .500 at 42-40 and made the playoffs for the second time under Kidd. However, they lost in six game to the Toronto Raptors in round one of the 2017 NBA Playoffs. 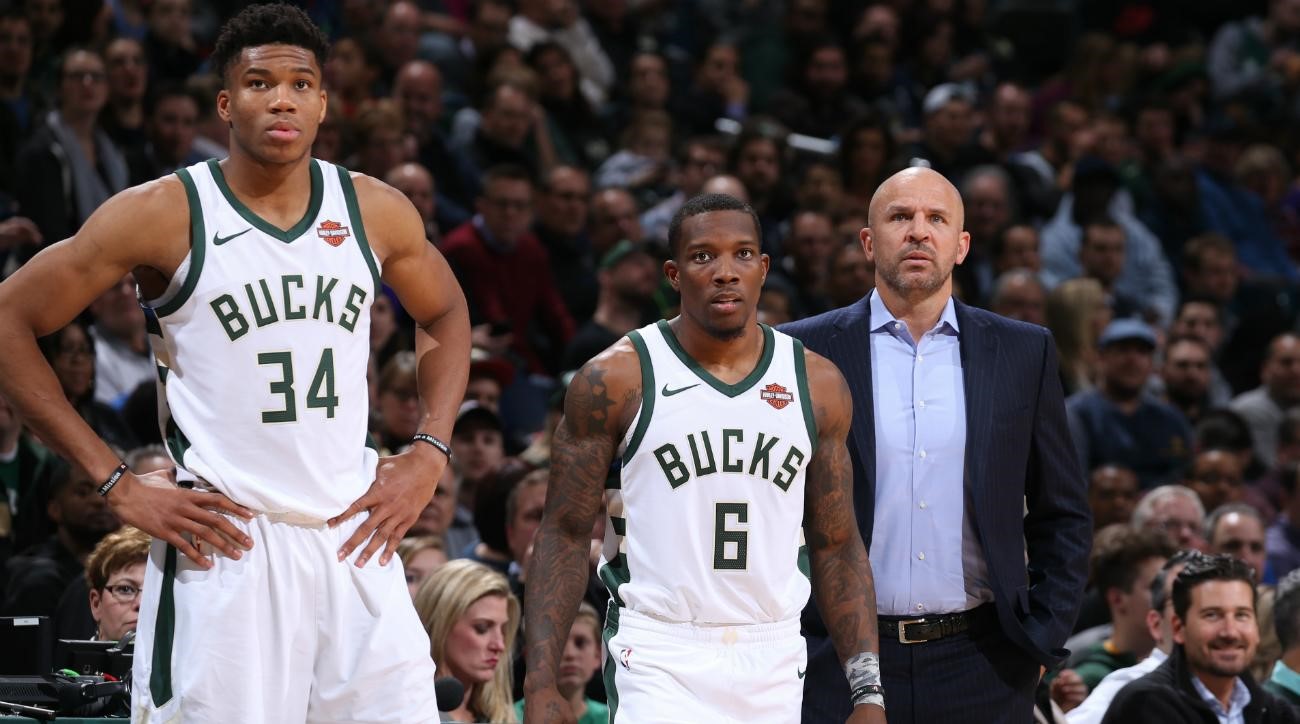 Milwaukee’s defensive efficiency this season ranks only 25th among 30 NBA teams. They are dead last in the league in rebounding at 38.4 rebounds per game while their rebounding differential of -3.2 rebounds per game is 4th worst in the entire NBA. Milwaukee also allowed their opponents to shoot .473 from the field ( 27th in the NBA ) and .381 from behind the three point line ( 28th in the NBA ). 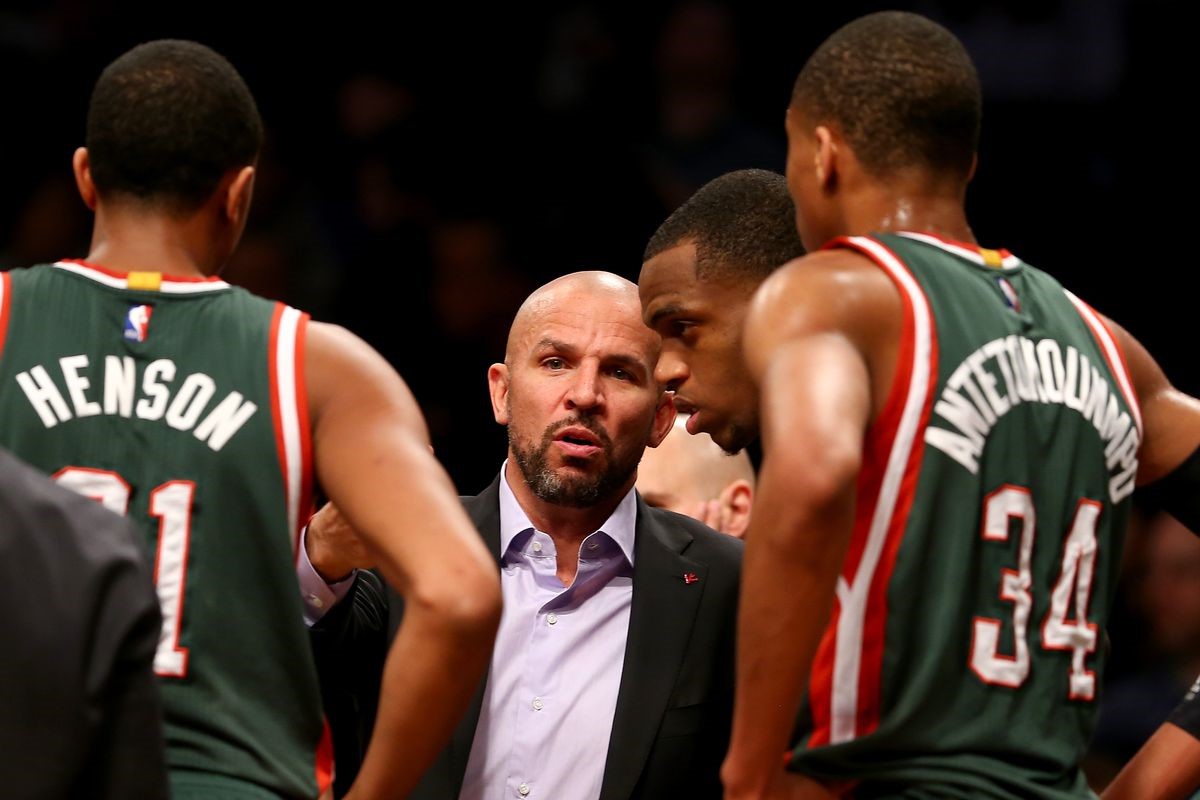 Aside from their dysfunction on defense and their inability to make three pointers, Kidd also made some head scratching coaching decisions like instructing Khris Middleton to intentionally miss a free throw with the Bucks up three late in a game. Off the court, sources also point out to frayed relationships within the organization. Then there were rumors that Kidd and the soon returning Jabari Parker weren’t in speaking terms.

Management didn’t go into the specifics as to why Kidd was fired. Sure, there were these issues on and off the court but the bottomline was performance. Said General Manager John Horst:

Milwaukee is currently in playoff position, but barely. And with the way they have been spiraling lately and several teams lurking in the standings, the Bucks could easily drop out from playoff contention. 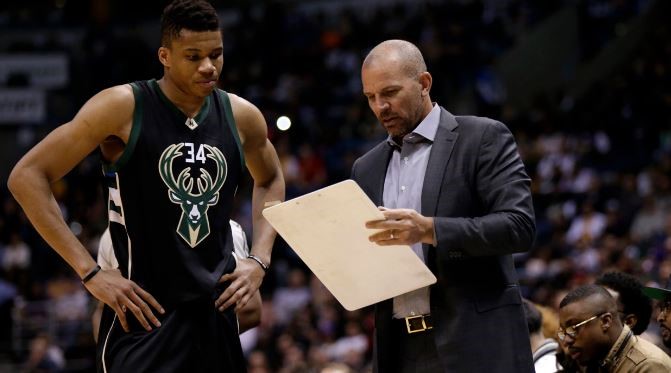 Expectations were high this season with Antetokounmpo’s rise as one of the NBA’s unicorns and the team’s acquisition of point guard Eric Bledsoe from Phoenix. But instead of becoming one of the league’s elites, the Bucks are barely in playoff position right now with a 23-22 record and in seventh spot in the East.

At their best this season, the Bucks went five games above .500 last December 9 but have gone just 8-12 since. Currently, the Bucks are just 4-6 in their last 10 games Worse, the Bucks are just 7-11 against the Top 10 teams in the NBA and just 10-15 against teams currently occupying a playoff spot. 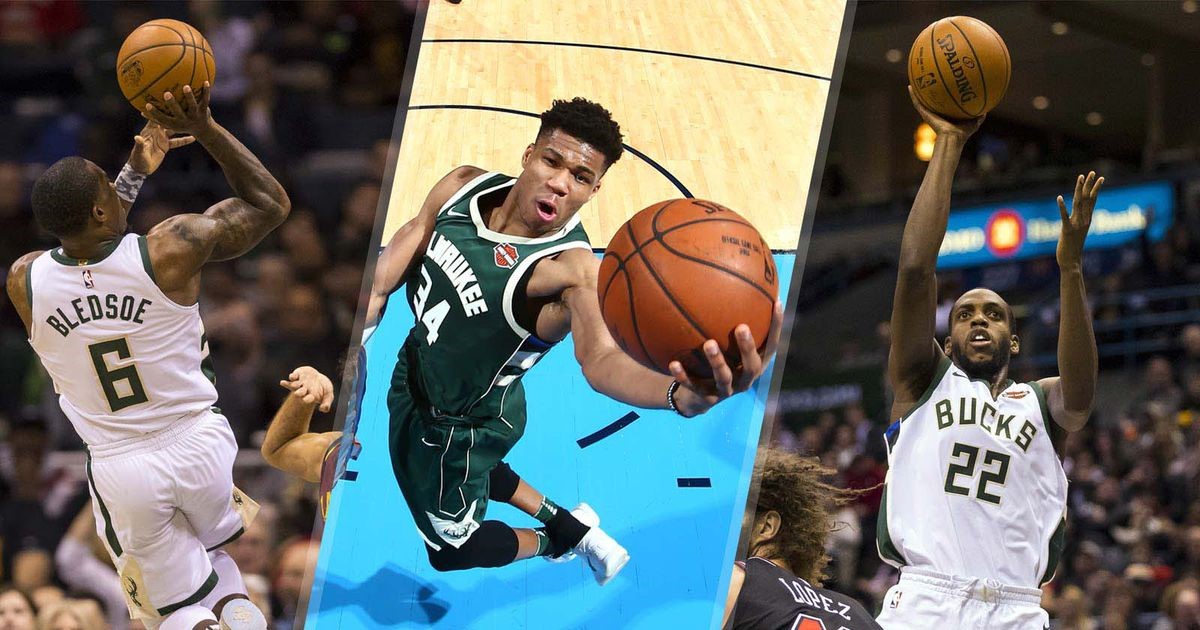 Co-owner Wes Edens thinks that the move to fire Kidd was proactive. With Parker coming back, the Bucks have a solid core that can compete with the best teams in the East. Said Edens:

"It’s a very, very proactive move," Edens said. "We don’t think that the season is over. We’re a winning team right now. We think that with Jabari (Parker) coming back we have a playoff rotation that’s as deep as anybody in the East. We want to give ourselves the best chance to have great position going into what we think could be a very successful postseason"

With Antetokounmpo, Bledsoe and Parker, the Bucks certainly have a formidable front. With guys like Middleton, Matthew Dellavedova, Tony Snell, Mirza Teletovic and last year’s Rookie of the Year Malcolm Brogdon, the Bucks do have a very deep rotation. And with most of these players ( except Bledsoe ), coming back from last season, chemistry isn’t an issue with the Bucks. 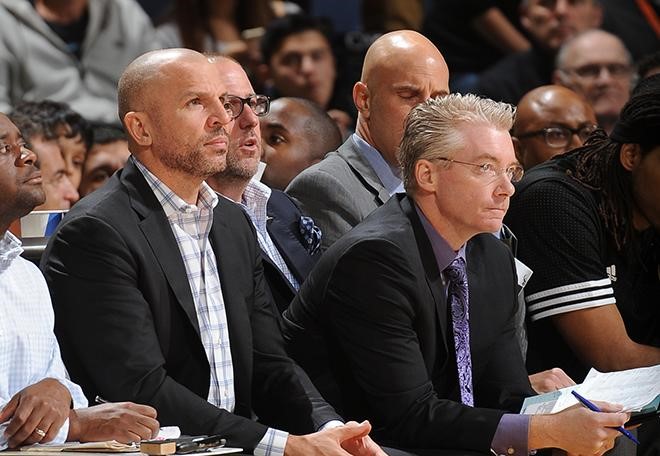 When things don’t get better from one season to another, the best solution is to press the reset button. That’s what the Bucks did here and while some were surprised why they did so in the middle of a season where they are competing for a playoff spot, Horst gave a good explanation:

"A general manager in the NHL had a statement once: 'If something is inevitable, why wait?' I think we came to the conclusion that this was the best thing for the future of the franchise and this was the time."

Having Assistant Coach Joe Pruntry act as interim coach until the end of the season doesn’t guarantee the the Bucks finish better in the second half of the season nor help them make it past the first round of the playoffs, but at least it gives the team a fresh start. As Horst said:

"We believe that a fresh approach and a change in leadership are needed to continue elevating our talented team towards the next level, bringing us closer to our goal of competing for championships.”

Aside from a fresh beginning, a new voice was also needed because despite the talent level in the team, the Bucks were underachieving. While Kidd had the support of Antetokounmpo ( and maybe most of the players ), he was no longer getting his message across and outside Antetokounmpo, everybody was underachieving. Hopefully, the Bucks can find that voice soon. 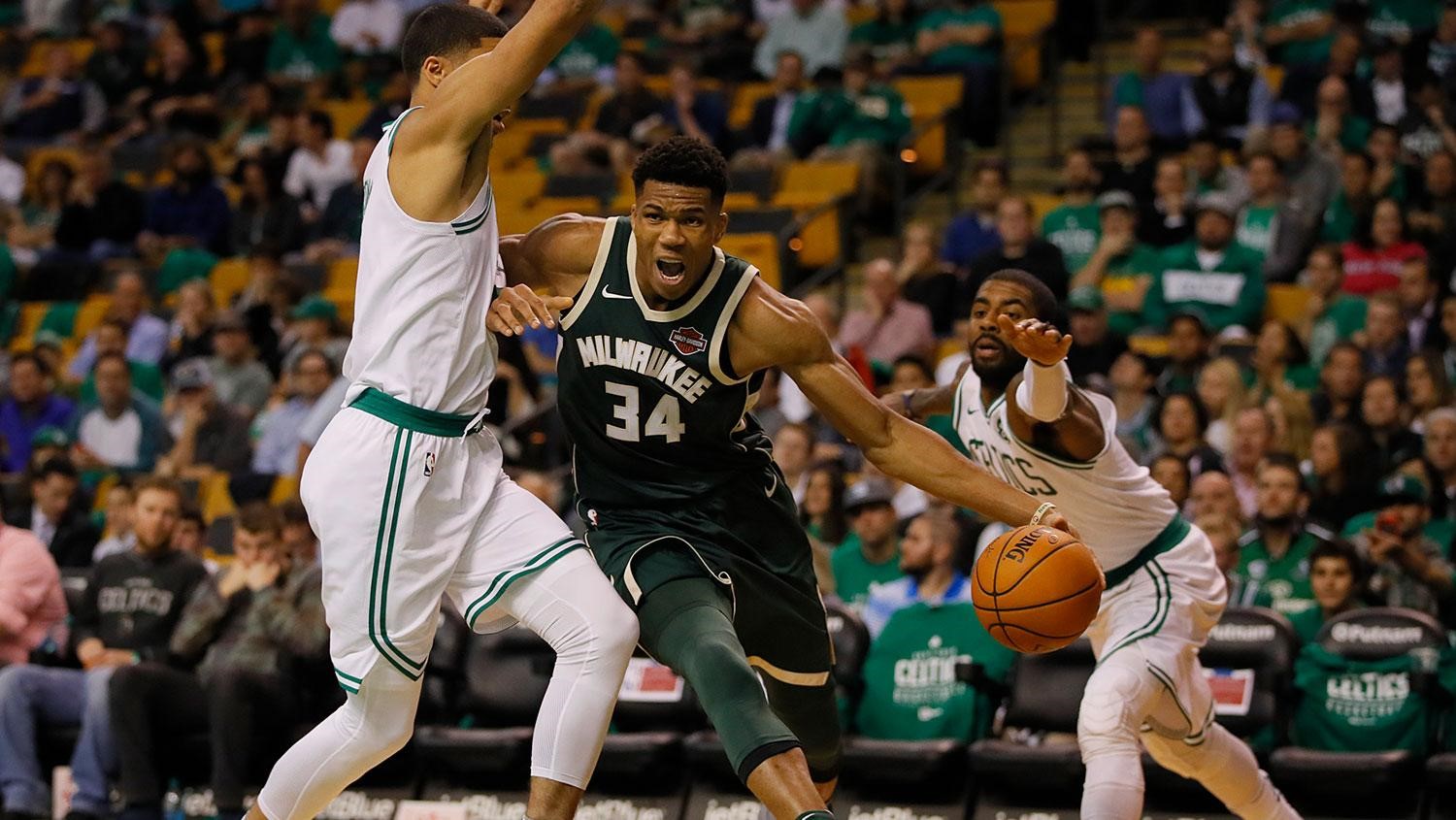 It’s not hard to make a good coaching prospect say yes to the Bucks, even if it’s a small market team. For one they have a state of the art practice facility and are moving to a brand new arena soon. More importantly, the team has a Top 5 NBA player as its franchise player locked for at least the next three years.

Giannis Antetokounmpo is no longer the next big thing. He is already a top candidate for MVP honors. With LeBron soon to start his decline ( given his age ), Antetokounmpo looks to be the frontrunner to succeed him as the best player in the East ( perhaps in the entire NBA too ). With just a little tweaking and a good supporting cast, the Bucks can easily be an elite team.