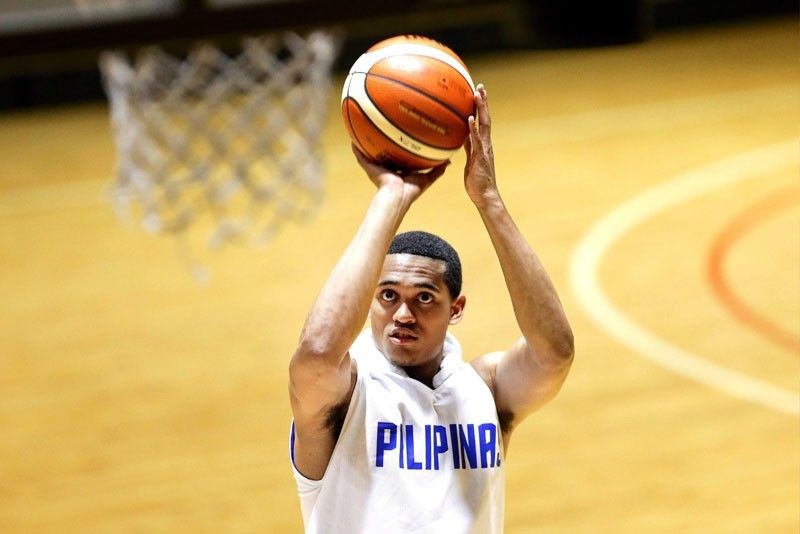 Jordan Clarkson will finally be joining his “Filipino Brothers” in the upcoming Asian Games.

After initially getting declined by the National Basketball Association, the Cleveland Cavaliers guard has been granted a “one time exception” to play for the 2018 Asian Games. As a result, Clarkson will finally suit up for the Philippine men’s basketball team, the Gilas Pilipinas.

The Philippine Basketball Federation or Samahang Basketbol ng Pilipinas (SBP) as it is known has long dreamed of adding Clarkson to their lineup with the hopes of recapturing basketball glory in the Asian region.

The Philippines was once an Asian basketball powerhouse but since the 70’s, China and South Korea have dominated the scene. The addition of Australia and New Zealand to the Asian region has even made basketball competition in Asia even more difficult, not just for the Philippines.

But having Jordan Clarkson cleared to play for Gilas Pilipinas not only gives Gilas Pilipinas the top NBA talent in the Asian Games, it also gives the team a moral boost. In fact, the entire Philippine contingent is looking for inspiration for Clarkson. They have chosen him to be the country’s flag bearer during the Games’ opening ceremonies on Saturday, August 18th at the Gelora Bung Karno Stadium. 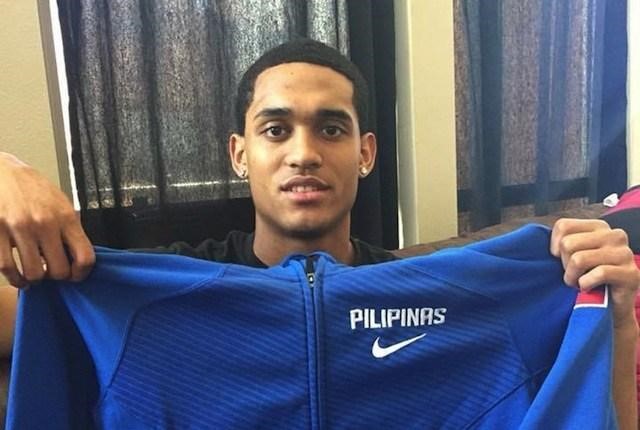 After Gilas Pilipinas’ inspired performance at the 2014 FIBA Basketball World Cup in Spain, the SBP broached the idea of adding Jordan Clarkson to their program. The Philippine team finished with a 1-4 record and was eliminated after round one of competition, but they gave their group mates a good fight.

Team Philippines forced Croatia to overtime before losing 78-81. Then they gave powerhouse Greece a tough challenge before falling 70-82. Gilas also gave Argentina a scare before losing 81-85 and then took Puerto Rico to their limits before dropping the game 73-77. The gritty Filipinos finally got a victory when they beat Senegal 81-79, in overtime in their final assignment.

The success of the Gilas program in the 2014 FIBA Basketball World Cup had the Filipinos hoping for an Olympic berth at the 2016 RIO Summer Games. Adding Clarkson to their Gilas Pilipinas team would surely boost their chances of taking one of the three wildcard slots for the 2016 Olympics. But the then Lakers’ shooting guard was not able to obtain clearance from the FIBA because of a rule that mandates players to acquire dual citizenship before they turn 16 years old.

Lone Filipino Representative in The NBA 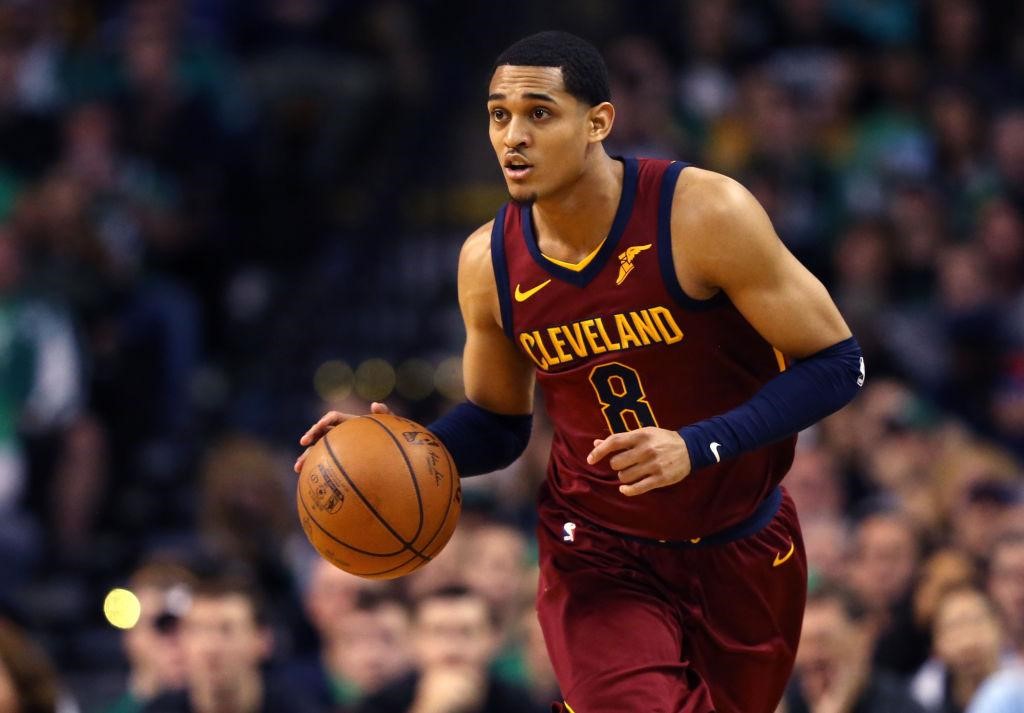 The 6-5 guard from the University of Missouri traces his Filipino roots to his maternal grandmother Marcelina Tullao Kingsolver who is 100% Filipina. Jordan’s mother Annette Davis is 50% Filipina. Annette met Jordan’s father Mike Clarkson met in the U.S. Air Force reserve and Jordan was born in the United States.

The closest a natural born Filipino got to playing in the NBA was when former point guard Johnny Abarrientos was being eyed by the Toronto Raptors in the 90’s and when current Gilas Pilipinas player Japeth Aguilar played for the NCAA in college. Other than those, only Ray Parks- a son of former Philippine basketball import Bobby Parks, came too close when he played for the Dallas Mavericks D-League team in 2015-16.

It was in 2015 when Clarkson first signified his desire to join the Gilas Pilipinas Program. He came over to the Philippines for the first time as endorser of Smart Communications and was invited to one of the team practices. Clarkson was even included in the 17 man pool for the final Olympic qualifiers but FIBA rules and a conflict with the Lakers’ training schedule prevented him from donning the Philippine colors.

Clarkson was originally part of the Gilas Pilipinas 12 man roster to the Asian Games even if the team wasn’t sure that he was going to play. But after the NBA initially disapproved Clarkson’s Asian games stint, his name was deleted and a 12th man was added. However, with the NBA’s late decision to allow Clarkson to play, the Filipino delegation had to plead with the Asian Games organizers to allow them to reinsert Clarkson’s name to the team. Luckily, the organizers agreed.

Will Clarkson Make A Difference For Team Philippines?

Aside from Clarkson, the NBA also granted the exception to Chinese players Zhou Qi of the Houston Rockets and Ding Yanyunhang. But between the two Chinese youngsters and Clarkson, the latter is the established NBA veteran.

Clarkson was the Los Angeles Lakers’ 2nd round pick (46th overall) in the 2014 NBA Draft. He exceeded expectations by making it to the NBA All-Rookie First Team in 2015. Clarkson became the starting point guard for the Los Angeles Lakers and he spent his first five NBA seasons in Tinseltown, averaging 14.1 points, 3.2 rebounds and 2.8 assists in 301 games played for the purple and gold.

Clarkson had his best NBA season in 2015-16, when he started all 79 games for the Lakers and averaged a career high 15.5 points per game. He was traded, along with Larry Nance Jr. to the Cleveland Cavaliers for point guard Isaiah Thomas, Channing Frye and a 2018 first round pick. Clarkson struggled to finish the 2017-18 season in Cleveland but he looks to be a good part of the team’s future.

Having an NBA veteran like Clarkson gives the Philippine team plenty of firepower. Clarkson plays point guard in the NBA but is a natural scorer. He has good range from behind the three point arc ( career .339 ), is a solid free throw shooter ( career .807 ) and can take the ball to the basket. Although he has not practiced with the Gilas Asian Games team, he is expected to be their main scorer and top option.

Gilas head coach Yeng Guiao told media that he doesn’t expect chemistry to be a problem with an intelligent basketball player like Clarkson. But while he may be a natural in blending with the team, they aren’t expected to take the gold medal in the event. China and Korea are still considered the favorites. But with Clarkson’s presence, the Filipinos are touted for a podium finish at the Asian Games.