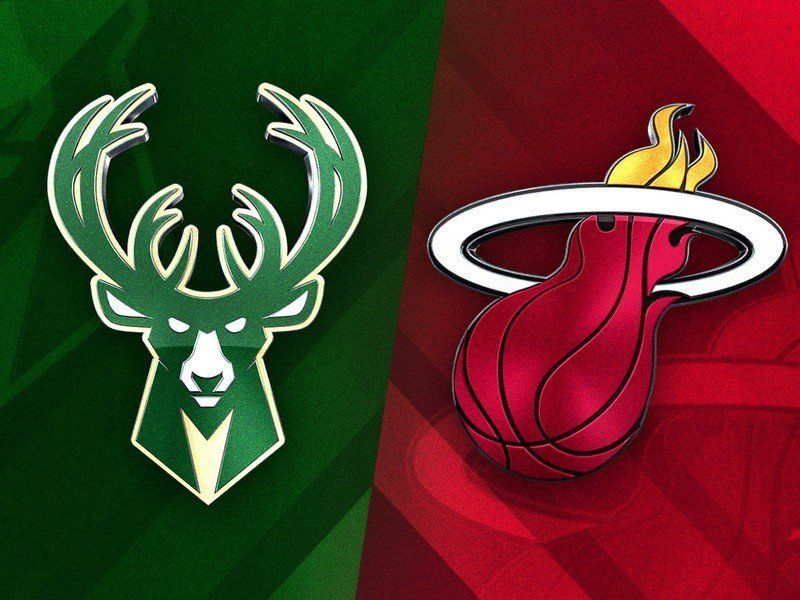 Trouble In Miami: Giannis, Bucks Complete Sweep Of Heat In First Round Of The 2021 NBA Playoffs

It was just several months ago when the Miami Heat shocked the whole basketball community and pulled off a stunning upset against the Milwaukee Bucks in the 2020 NBA Playoffs. With the Bucks compiling a league-leading regular season record, they were deemed as the heavy favorites to beat the Heat and move on to the Eastern Conference Finals. But we all know what happened as Jimmy Butler and the Heat demolished the powerhouse Bucks squad in just five games.

However, it is also true right now that the times have changed. The Bucks have avenged their embarrassing defeat last season, and have swept the Heat in this season’s version of the first round of the playoffs. With a masterful showing in Game 4, the Bucks hacked out another lopsided 120-103 victory over the Heat to advance to the second round of the postseason.

With the exception of a two-point win in overtime in the first game of the series, the Bucks have shown their mastery over the Heat by winning in double digits in the next three contests. Reigning back to back Most Valuable Player of the Year Giannis Antetokounmpo put up a triple-double stat line in Game 4, finishing with 20 points, 12 rebounds, 15 assists and 2 blocks. Brook Lopez led the Bucks in scoring with 25 markers on an 11-15 clip from the field, while Bryn Forbes came off the bench to fire 22 markers on seven hits from the three-point line.

Khris Middleton, the Bucks’ other All-Star, came through with a double-double performance of 20 points and 11 boards. Stellar all-around point guard Jrue Holiday stuffed the stat sheet by finishing with 11 points, 6 rebounds, 9 assists, and 4 steals. As per Steve Aschburner of NBA.com, Lopez, the Bucks’ starting center, said that the team has learned a lot from last year’s disappointment in the playoffs.

What the Milwaukee Bucks did in their sweep of the Miami Heat this postseason was the equivalent of what they did in tearing through the entire NBA the past two regular seasons. Dominating the opposition over eight days rather than seven months might not generate the same sustained levels of warmth and fuzziness the Bucks had in 2018-19 and 2019-20. But the payoff now compared to the letdowns then has to feel way better. What the Bucks’ quick and thorough elimination of the Heat provided, more than anything else, was tangible results from using this regular season as a 72-games-long workshop to prepare them for the playoffs.

“In spite of wins and losses, whatever the end result was on one particular night, we definitely felt we got better and learned a lot,” Bucks center Brook Lopez said after his team put last year’s Eastern Conference champions down again and, this time, out. We had a lot of new bodies. A new offense to get used to, so there were a lot of adjustments to be made. We knew all that was for this time, so we would peak for the right moment. We really feel like we’re doing that. And it still feels like we’re getting better.”

So what is next for this Heat team? After making it to the NBA Finals last season, many people expected that the Heat still had what it takes to be a serious contender for a title run this season. Jimmy Butler is still an underrated all-around star in the league, Bam Adebayo has grown into one of the elite big men in the NBA, and Duncan Robinson and Tyler Herro still have a lot of room left to improve on both ends of the floor.

The Heat was able to bring back the core of their championship run team, and then acquired another star in shooting guard Victor Oladipo. However, the Heat had to endure tons of ups and downs along the way. They struggled to rack up the wins early on, and injuries and absences further hindered their progress as a team. Then the big unfortunate happened as Oladipo sustained an injury that forced him to go through a season-ending surgery.

Still, the Heat considers this year as a memorable one. Despite the painful and disappointing exit in the first round of the playoffs, the Heat still believes that it was a fun season. As per Shandel Richardson of Sports Illustrated’s Inside The Heat, Heat head coach Erik Spoelstra emphasized that he greatly appreciated that no one from his players ever complained or made excuses this season.

Despite being swept by the Milwaukee Bucks in the first round of the Eastern Conference playoffs, Miami Heat coach Erik Spoelstra still said this was one of the memorable seasons of his career. The first-round exit comes one season after the Heat made the NBA Finals, where they lost to the Los Angeles Lakers.

“The majority of my message to this locker room is between me and them," Spoelstra said. "The overall deal is one of appreciation for what everyone brought to this season. It was one of the more memorable seasons, just because it was so uniquely different than anything else we have experienced. Guys had to really adjust and adapt. I really commend our guys for doing that and not becoming cynical or making excuses for all the different protocols and things outside of just the competition. I really liked this group. I liked the locker room. I love the mix of our veterans and our youth. It was a really cool and unique blend.”

Having said all these, Pat Riley and the Heat front office still have a lot of work left to do in the offseason. They have a lot of personnel movement decisions to make, starting with the expiring contract of Victor Oladipo. The 6-foot-4 former All-Star shooting guard is currently recovering from a knee injury, and reports have it that he will be cleared for full basketball activities in November of this year.

Will the Heat re-sign Oladipo to another contract, considering all the injuries that the 29-year-old star has gone through in the past couple of years? After a career-low performance last season, Oladipo has bounced back with an all-around stat line of 19.8 points, 4.8 rebounds, 4.6 assists and 1.4 steals per game this season. The efficiency and the explosiveness are still not there for the former two-time All-Star, but it is also true that he is still regaining his deadly form.

Aside from Oladipo, the Heat also holds the team options on the respective contracts of veteran players Andre Iguodala and Goran Dragic. At this stage of their careers, there is no doubt that the Heat will be inclined on declining the options on those players as they are already giving too much money on Iggy and Goran. The Heat should hope that both veterans would agree on a bargain deal that could be much lower than the figures on their current contracts.

Bobby Marks of ESPN also notes that the Heat will also have to make some major decisions on their impending restricted free agents. Marks reminded everyone that both Kendrick Nunn and Duncan Robinson will be entering restricted free agency in the summer. Both Nunn and Robinson are integral parts of the Heat’s rotation, but it is also true that they are poised to make more money in this upcoming offseason.

The easy part for Miami is tendering each player a $4.7 million qualifying offer by Aug. 2, making both Nunn and Robinson restricted free agents. The Heat would then be able to match any offer sheet either player signs with another team. The harder part is figuring out what a long-term deal looks like for both Nunn and Robinson. Does Miami take an aggressive approach or let the teams with cap space dictate each player's salary? It is fair to say that both players will see a substantial raise from their almost $1.7 million contracts this season. However, Nunn is hampered in that the free agent guard class is deep with players such as Chris Paul, Mike Conley, Kyle Lowry, Spencer Dinwiddie, Lonzo Ball, Derrick Rose, Tim Hardaway Jr. and Norman Powell.

If a player like Dinwiddie signs with a team that has cap space, it would shrink the market of teams available to sign Nunn to an offer sheet. Miami could also look to add a point guard from outside the organization, like Lowry, which might limit how much the Heat would be willing to spend on Nunn. There are also questions about whether Nunn can become a permanent fixture in the Heat's starting lineup. After starting 67 regular-season games as a rookie, he was replaced in the lineup for the playoffs by Dragic. The same scenario repeated itself midway through the first round against the Bucks this year, and head coach Erik Spoelstra has been more reliant on veteran Dragic down the stretch in close games.

As for the Bucks, they will be having a lot of time to rest before they play again in the second round of the playoffs. Giannis, Middleton, Holiday, Forbes, Lopez and the rest of the powerhouse Bucks squad will be waiting for their next opponent in the playoffs, which will be the winning team in the first round playoff series between the Brooklyn Nets and the Boston Celtics.