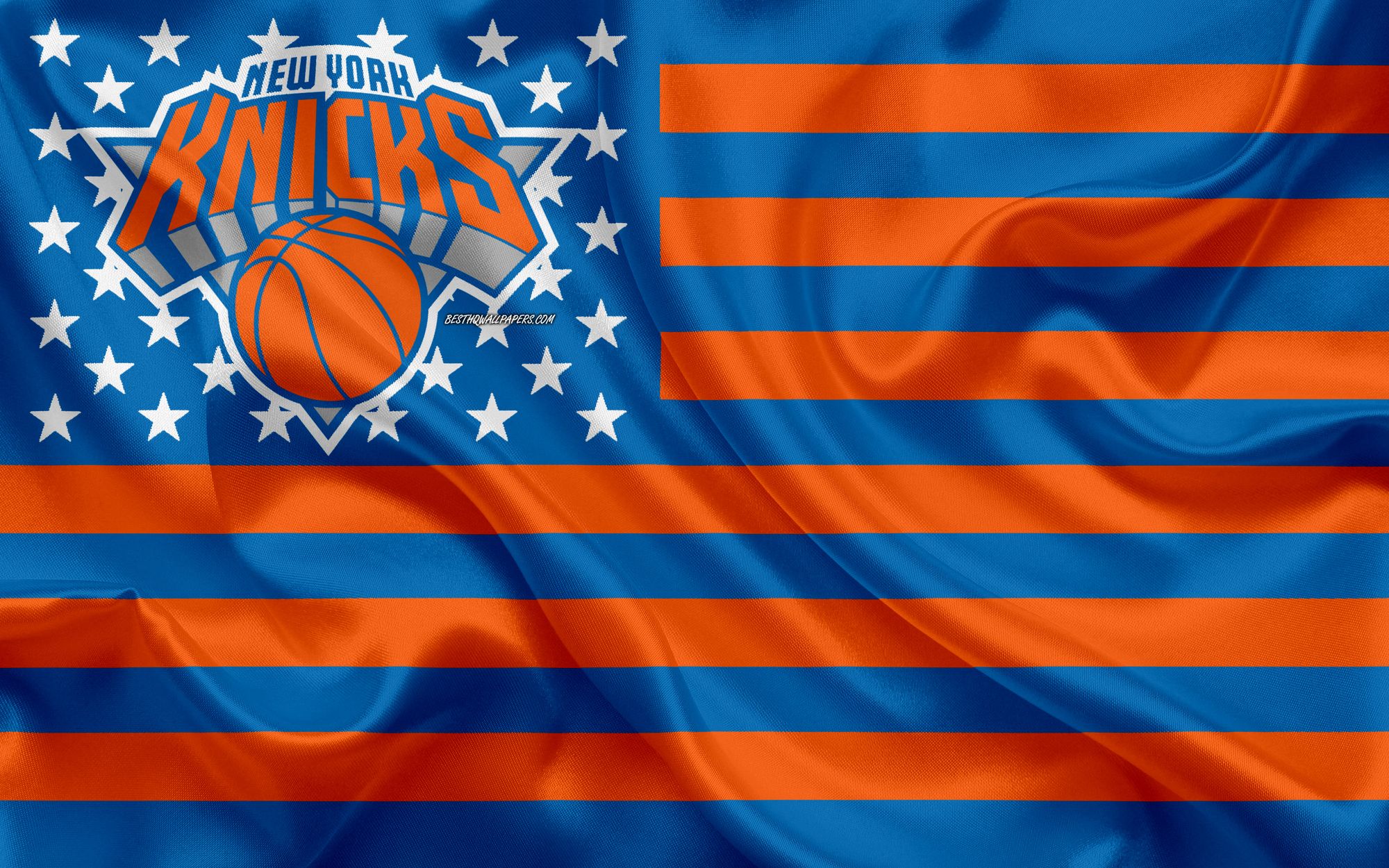 The New York Knicks are still in bad shape. They are wobbly, and their legs are already giving out. But for some reason, their hard-headed front office and brash team owner still push them to go through battle without the proper weapons and armory. In an obvious bid to achieve the impossible feat of possibly getting near a playoff spot in the Eastern Conference, they filled out their roster with a bevy of veteran players last summer. Of course, that did not work and their leading scorer in Marcus Morris is now in Los Angeles contending for the championship with the powerhouse Clippers squad.

We have seen a lot of courageous boxers slug it out even when they are already battered down and overpowered. Despite being knocked down a lot of times, they still get up on their feet with the thinking that they could land a lucky punch that will quickly turn the tides. But most often than not, these daredevils end up with career-ending injuries with their legacies tarnished.

The Knicks should be able to know when to forego trying to contend and when to prioritize player development. Of course, you cannot take away the competitive spirit from any player or coach. But the Knicks franchise should first start creating their own identity and building up on roster continuity. Every successful NBA team built their grounds on a specific direction, something that the Knicks have been greatly lacking after the Carmelo Anthony era.

With a lowly 21-45 record this season, this has been another waste of a year for one of the proudest organizations in the league. After making it to the East Semis in 2013, New York has compiled seven straight losing seasons since. If this is any other city, their home court attendance will be drastically down and they won’t matter anymore in the basketball community.

But this is New York after all and expectations are always high for this team. They installed a new president in former player agent Leon Rose, and a new head coach in Mike Miller. Champion collegiate coach John Calipari had positive remarks on the Knicks’ hiring of Rose. The Kentucy Wildcats top tactician believes that the former agent will turn things around for the Knicks, as per Forbes’ Adam Zagoria.

"He's a gatherer and I believe that's what the Knicks need right now. A gatherer who can bring things together and make it a culture that players want to be in because they know this is about all of us.

And it's rough place to be. New York is not easy. It's kind of like Philadelphia, it's all good if you're winning. If you're losing, hard places to be as an athlete. But if you win, if you compete for championships, if you win a championship there's no better place to do it than in New York. And I think he's going to bring those people together and you're going to see."

With that said, Knicks fans will see another cycle of roster changes and personnel movement. Let’s take a look at some intriguing pieces in the team’s line-up and analyze how the Knicks will plot the direction of the team moving forward.

It is easy to understand why the Knicks are still far from giving up hope on Ntilikina’s potential. Even though he only stands at 6-foot-4, his long reach and length makes it possible for him to effectively guard all three perimeter positions. Ntilikina has always had good defensive instincts, and it is the primary reason why his name is still in consideration when people talk about the team’s future.

But his three-year stint with the Knicks have produced tons of red flags. We are seeing slow progress on his offense, and his ability as a playmaker is still something that any team cannot put their trust upon. His shooting form is not a wreckage evident by his 86% clip from the free throw line. Ntilikina and his team can benefit if he develops a willingness to shoot the ball more as he is only attempting 5.8 shots per game.

Yet, being a scorer is still not in the DNA of the French native. Tim Shea, the team’s European scout, reiterated that Ntilikina is someone “who looks for his teammates first.” As per Marc Berman of the New York Post, Shea said that the young point guard needs a more structured offense for his unique skill set to thrive.

“He’s not a great shooter, but he is a natural point guard who looks for teammates first. His mindset is to shoot only when necessary or wide open. I think he sees things better when before everything was happening too fast.

It’s been that merry-go-round of point guards there. I don’t think that he has ever felt comfortable in New York. My opinion is that in a structured, original thinking offense he has good value. I hope Leon Rose can straighten it out. The kid can play and he was showing it. He’s got great defensive instincts.”

So, how will the Knicks deal with Ntilikina’s potential? They have installed Efrid Payton as their starting point guard this season, although Ntilikina has been the first option for filling in the starting role when Payton is injured. Payton’s salary for next season is not yet guaranteed, so there is the possibility that he won’t be a part of the team during their next campaign.

New York also actively shopped third-string point guard Dennis Smith Jr before the February trade deadline. Recent reports have it that the Knicks were involved in trade talks in which they will ship Smith, Julius Randle and a future first-round draft pick to the Charlotte Hornets in exchange for Malik Monk and Terry Rozier. Fortunately for the team, this trade did not push through as it is really mind-boggling why the Knicks would be willing to give up a first-rounder while also parting with a borderline star in Randle.

With that said, we could assume that the team management is still hoping that Ntilikina will develop into an excellent two-way player. If he develops a decent three-point shot combined with a willingness to be aggressive in his offense, he would fit in nicely with rookie scoring swingman RJ Barrett. There is no doubt that Barrett will be the focal point of New York’s offense in the years to come, so Ntilikina only has to grow on his off-ball scoring skills to be a valuable part of the Knicks’ offensive sets.

Prediction: Knicks retain Ntilikina and hope for a break-out year

While Knox’s rookie year is nothing stellar, we could go on and say that it was promising. He logged in 28.8 minutes in his debut year, and averaged double-digits in scoring. He was very raw upon being drafted, but it was anticipated that he would grow into a consistent fixture in the starting line-up after one year of developing his skills and his body in the NBA.

But that has not happened in his sophomore year. In fact, Knox’s on-court production and efficiency have greatly regressed, and his shooting percentages are way low. Many dismayed Knicks fans brand him as “soft,” and you cannot actually blame them. Knox’s toughness on both offense and defense spell more questions than answers. It even led to rumors that his name has propped up in trade discussions, although the Knicks ultimately held on to him and hesitated in moving him before the deadline.

John Calipari, Knox’s college coach in Kentucky, reminded the Knicks that they would be making a huge mistake if they give up on the young forward right now. As per New York Post’s Marc Berman, Calipari emphasized that lengthy players like Knox take a longer time to develop their skill set.

“He was so young. Some guys are even younger than their chronological age, which is young. And guess what? He’s one of those. He was the (second) youngest player in that draft. And he was learning about himself. Being in that league, I’ve never heard him complain one time. How about that? That he’s accepting, ‘I’m responsible for me. I am what my stats say I am. I’m responsible. And I’ve got a ways to go.

Young guys take longer to develop, especially when they’re big. And guys with his size and his skill, the game is going to him. In other words, if you’re long, if you’re lanky, if you’re a basketball player, if you can shoot it — shooting has become a premium in the NBA. If you can’t shoot it, it’s hard to become significant guy, or the No. 1 or No. 2 guy.”

The Knicks’ upcoming season should be a time for player development. There are reports that they are keen on re-signing veteran 3-and-D forward Maurice Harkless, who they acquired through the Morris trade. Aside from Harkless and Knox, New York does not have another wing player who has the length and the mobility to man both forward position on offense and defense. Now that they have held onto Knox for this long, it does not make much sense if they do not see what the end results of his potential are.