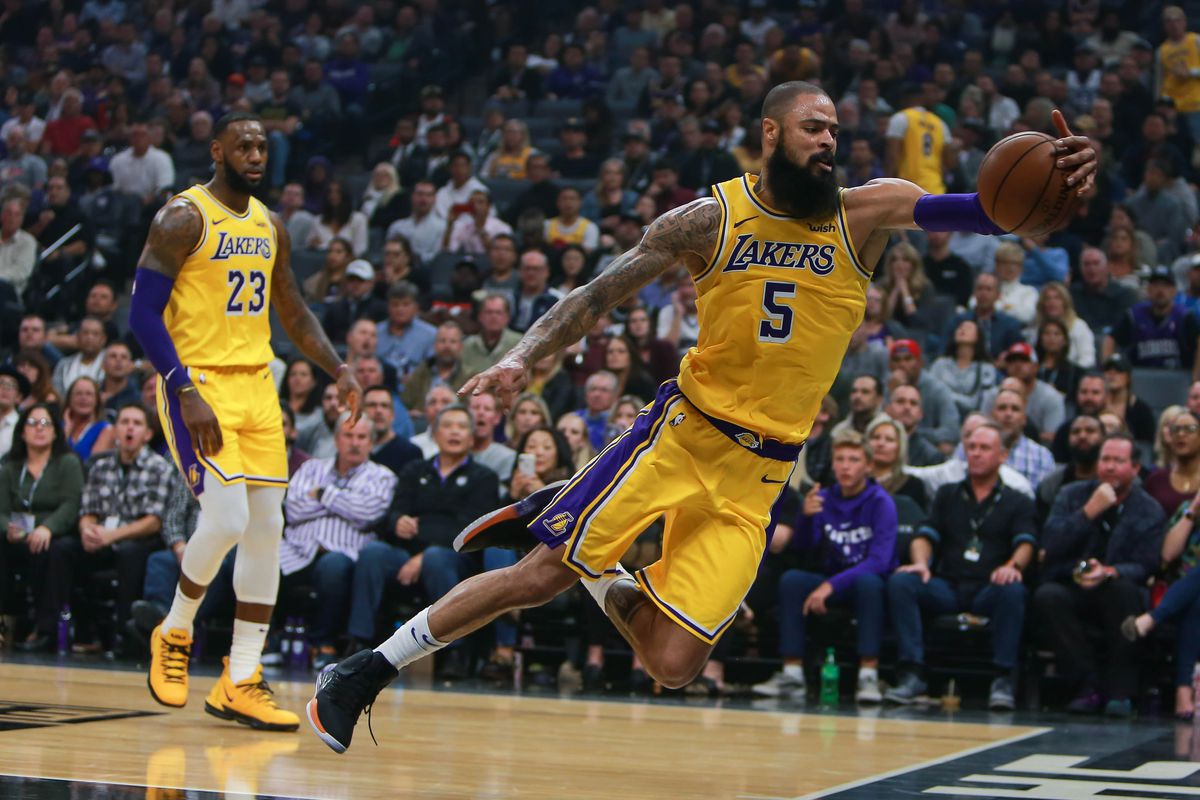 What Tyson Chandler Brings To The Los Angeles Lakers

Tyson Chandler made his Lakers’ debut on Thursday and his impact was immediately felt..

The 36 year old center completed his first game as a Laker by collecting 8 rebounds in 23 minutes of action against the Minnesota Timberwolves. But Chandler’s three tip outs in the final 1:06 of the game preserved a one-point lead for the Lakers.

Derrick Rose made a step back three pointer to cut the Lakers lead to 111-110. After calling a timeout, the Lakers went to LeBron James on offense. James would miss a jumper but Chandler tipped the ball out and James got the ball to give the Lakers another possession. In the next play, King James kicked out to an open Kyle Kuzma but after Kuz missed the three pointer, Chandler battled for the rebound against Jimmy Butler and Andrew Wiggins. Chandler tipped the ball but Butler touched it last so the Lakers kept possession. Then after another missed shot by LeBron James, Chandler’s final tip out to Brandon Ingram virtually ended the Wolves’ chance of getting a chance at making a game winning shot. 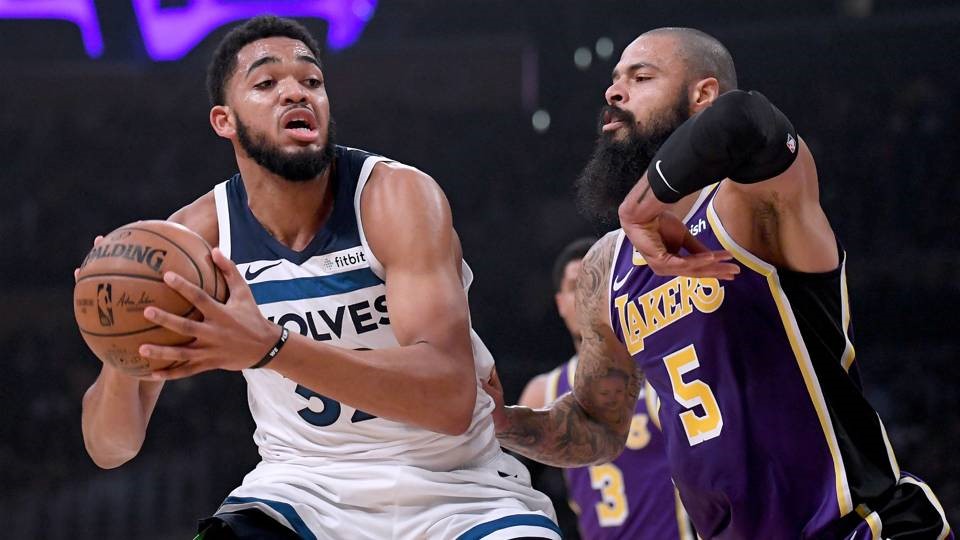 The last time these Lakers faced the same Minnesota team, they gave up 20 offensive rebounds to the Wolves. On Thursday, the Lakers won the battle of offensive rebounds 12-11 and outrebounded the Wolves 47-40 in the game. Tyson Chandler finished the game with 8 rebounds, four on each side of the floor. Only LeBron James had more rebounds than Chandler and the King played 16 more minutes than him in that game.

According to ESPN Stats and Info, the Timberwolves shot just 4-13 or 30.8% from the floor with Tyson Chandler as primary defender. He did particularly well against Minnesota unicorn Karl Anthony Towns who went 0-6 with Chandler guarding him. Towns scored 25 points during the Wolves 124-120 win over the Lakers last October 30th. The former #1 overall pick was limited to just 13 on Thursday night, while shooting 5-16 from the floor.

Aside from playing tough defense, Chandler’s new teammates also took notice of the little things he does on the basketball court that means a lot to them. Forward Brandon Ingram talked about the way Chandler sets picks for them. Said Ingram:

"They were solid," he said. "They were extremely solid. We felt free, we felt open when we went downhill. That's another asset for us."

Lakers starting center Javale McGee, who saw Chandler eat up his minutes during the closing moments of the game, welcomed their new addition by saying he adds more depth to their team. Added McGee:

"I think it's wonderful just because you got all the pressure on you when I'm in the game screening and rolling and running the floor, and then I go out and you think it's going to be different and it's the same thing coming right back at you.”

What Ingram and McGee spoke about were the simple little things that a veteran big man like Tyson Chandler does. Those don’t get noticed most of the time because they aren’t flashy and they don’t score points. But they are some of the reasons why playing defense and doing the intangibles mean a lot to a winning culture. It’s not about who scores the most points or who delivers the electrifying plays. It’s about players doing the small things to help their other teammates do the job so the team can win. That’s called unselfishness-the willingness to do anything to help the team win.

The basketball part is one thing. Being a leader for the young guys on the team is another. Point guard Rajon Rondo, who’s probably as vocal as a leader could be for the Lakers, acknowledged Tyson Chandler’s presence inside the Lakers locker room and on the bench. Said Rondo:

"It's funny, I was just talking about that I was able to relax and breathe a little bit more," he said. "Coach asked what was wrong. I'm like, 'When Tyson's talking, I don't need to talk as well.' So having another voice in the locker room is big. Especially for me and Bron."

These Lakers team has all the talent in the world needed to be a contender. They just need to put together all the pieces to make it work. That is the big task at hand for LeBron James and Rajon Rondo specifically because they are the leaders on this squad. With Tyson Chandler joining them, it gives Los Angeles another voice inside the basketball court and inside the locker room. That’s priceless.
But having Tyson Chandler won’t do much if the rest of the team doesn’t play the kind of defense that he brings. Chandler is just one guy and the Lakers have to defend five on the court at the same time. Usually, guys like Tyson Chandler are infectious. They play with plenty of fire and desire and both rub off to their teammates. That’s what Magic Johnson, Rob Pelinka and Luke Walton want to happen. 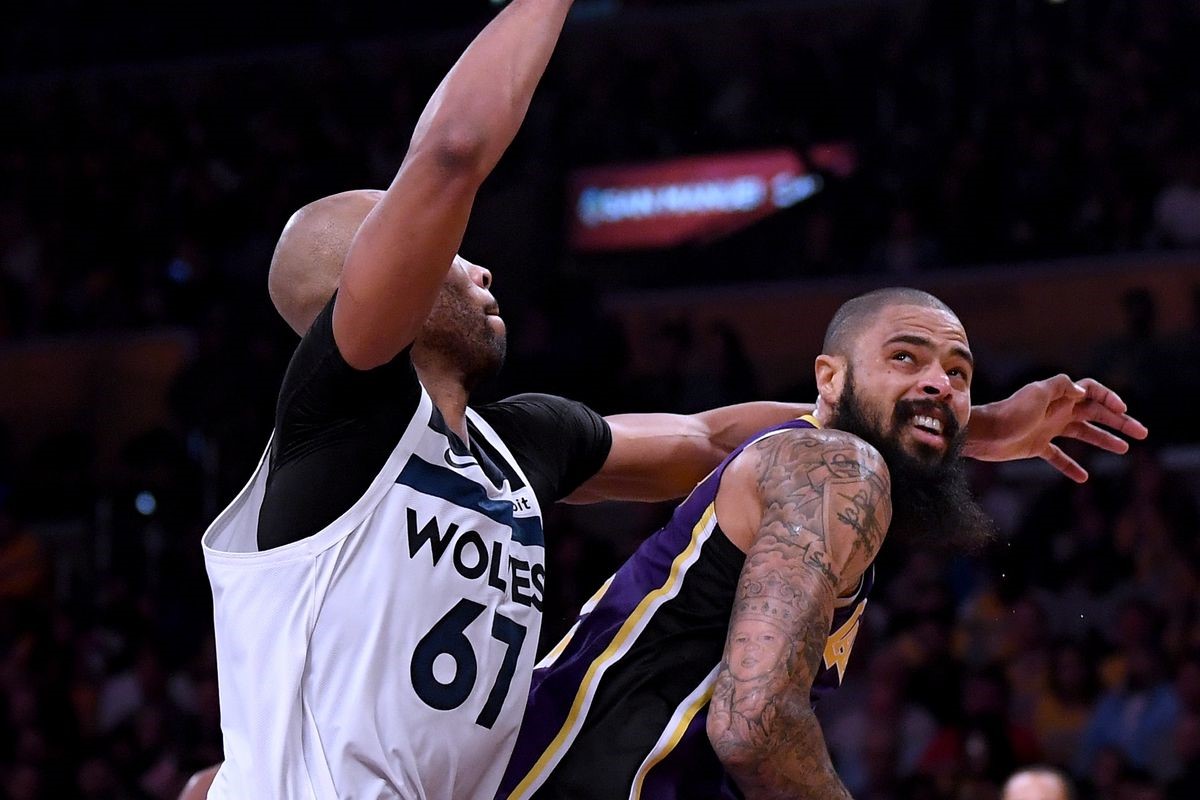 Aside from chemistry issues, the main issue about these Lakers was their defense. Not only were they poor in closing out on three point shooters, they give up too many easy baskets. When you have Tyson Chandler trying to defend Derrick Rose outside the three point area or Chandler challenging shots inside the paint, that’s a very good welcome sign for Luke Walton.

The one game sample size doesn’t really gauge how good or not the Tyson Chandler signing is for the Lakers. It’s still on the honeymoon stage and it’s too early to tell, really. But if the Lakers’ performance against the Wolves on Thursday was any indication, then they may be on the right path in trying to solve the winning puzzle.

When LeBron signed with the Lakers, talent was never a question. It was about putting all the pieces together. This team is one of the most talented in the league but one of the most inconsistent and incoherent one too. They needed a glue on the defensive end but what they got was an even more effective adhesive, probably an epoxy.