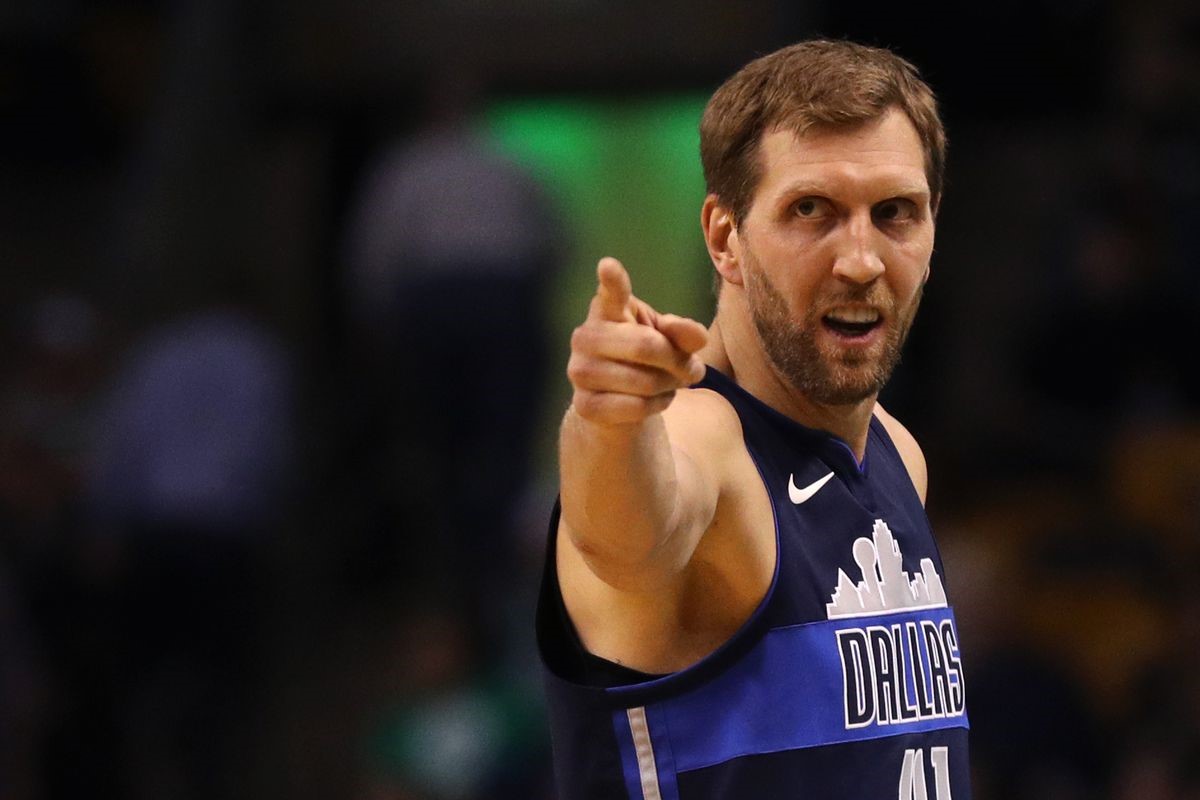 For someone who was called “too soft” early in his career, Dirk Nowitzki has gone too far. In fact, he’s gone farther than anyone in NBA history as far as playing for a single franchise.

On Monday, the Dallas Mavericks announced that they have re-signed Nowitzki to a one-year contract. Per league policy, terms of the deal were not disclosed. But according to a report from ESPN, Nowitzki’s deal is worth $5M and in most probability, it will be his last NBA contract before hanging up his sneakers.

Too Soft For The NBA 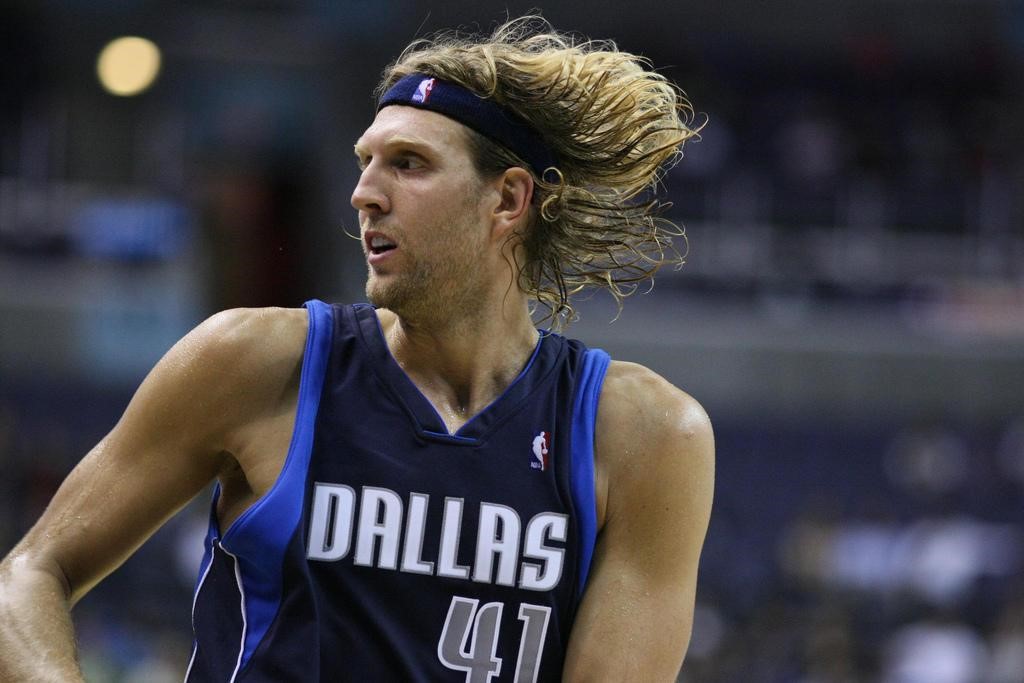 The signing wasn’t as big as Paul George deciding to stay in Oklahoma City or LeBron James going to the Los Angeles Lakers. It’s not as significant as DeMarcus Cousins opting to play for the Golden State Warriors or as important as Kawhi Leonard being traded to the Toronto Raptors. But in terms of nostalgia, Nowitzki’s return to Dallas for what could be his swansong season is historic.

Nowitzki is set to play for his 21st NBA season this October and he has played all of those twenty one years with the Dallas Mavericks. In terms of longevity, that will be the new NBA record for most consecutive seasons played with a single franchise. Nowitzki is currently tied with Kobe Bryant for the record at 20 but by suiting up one more time for the Mavericks during the 2018-19 campaign, the seven foot German standout will stand alone on top of the podium.

Nowitzki’ longevity is proof that he was never too soft for the NBA. What his critics failed to see was that he was in fact way ahead of his time. Before the term was coined, Dirk was the prototype for what we call now as the “stretch four”, a three point shooting big man who could space the floor and take out the opposing big outside the shaded lane.

A big man operating from the outside was unheard of during Nowitzki’s early years. In fact, that was perhaps where the “too soft” label came from. Back then, the power forward position was well, literally a power position. The likes of Charles Barkley and Karl Malone were the yardstick for the power forward position during the 80’s and the 90’s. Nowitzki was completely different. He didn’t have the power, he wasn’t bruising. He had a feathery touch, he had finesse and he could knock down the three point shot.

Today, the stretch four position is a requisite for any NBA team. In fact, big men who play outside their traditional roles are now called “unicorns”. The likes of Kristaps Porzingis, Giannis Antetokounmpo, Karl Anthony Towns and Joel Embiid are among the more popular players labeled as NBA unicorns. But before these players arrived in the picture, Dirk Nowitzki was the original NBA unicorn.

The Trade That Changed Mavs History 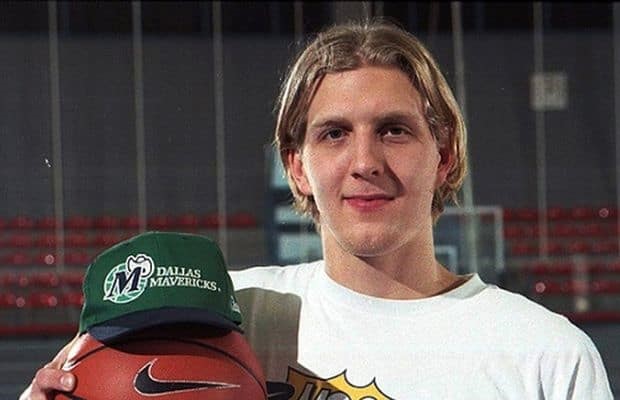 Nowitzki was the 9th overall pick in the 1998 NBA Draft. Interestingly, he was drafted by the Milwaukee Bucks for the Dallas Mavericks. The Bucks coveted the late Robert “Tractor” Traylor, who was considered a higher pick than Nowitzki. Because the Mavs had the 6th pick in that draft, they selected Traylor and traded him ( and 19th pick Pat Garrity) to the Dallas Mavericks. In return, the Bucks drafted Nowitzki at #9 and sent him to Dallas along with point guard Steve Nash.That move would change the history of the Dallas Mavericks franchise forever.

While Garrity had some good years in the NBA, he never really became a star. The same went for Traylor, God bless his soul, who never lived up to his expectations and suffered health problems throughout his short NBA career. Meanwhile, Nowitzki and Nash quickly became a 1-2 punch and one of the best duos in the NBA.

After two so-so seasons with the Suns, Steve Nash realized his true potential with the Mavericks. Nash blossomed into one of the NBA’s top point guards while playing alongside Nowitzki. However, after several playoff runs, Nash returned to Phoenix as a free agent and won two MVP awards there. Meanwhile, Nowitzki established his legacy when Nash left.

The player labeled as “too soft” to play in the NBA, led the Mavericks to their greatest accomplishments. During the 2002-03 season, Nowitzki led the Mavs to their first 60-win season. Three years later, Dirk and the Mavs made their first ever NBA Finals appearance. During the 2006-07 season, Nowitzki led Dallas to a franchise record 67 win-season. In 2011, he led Dallas to the land of promise, winning what currently stands as the franchise’s only NBA title. And to think that the Mavs won the championship against the LeBron James led Miami Heat super team. 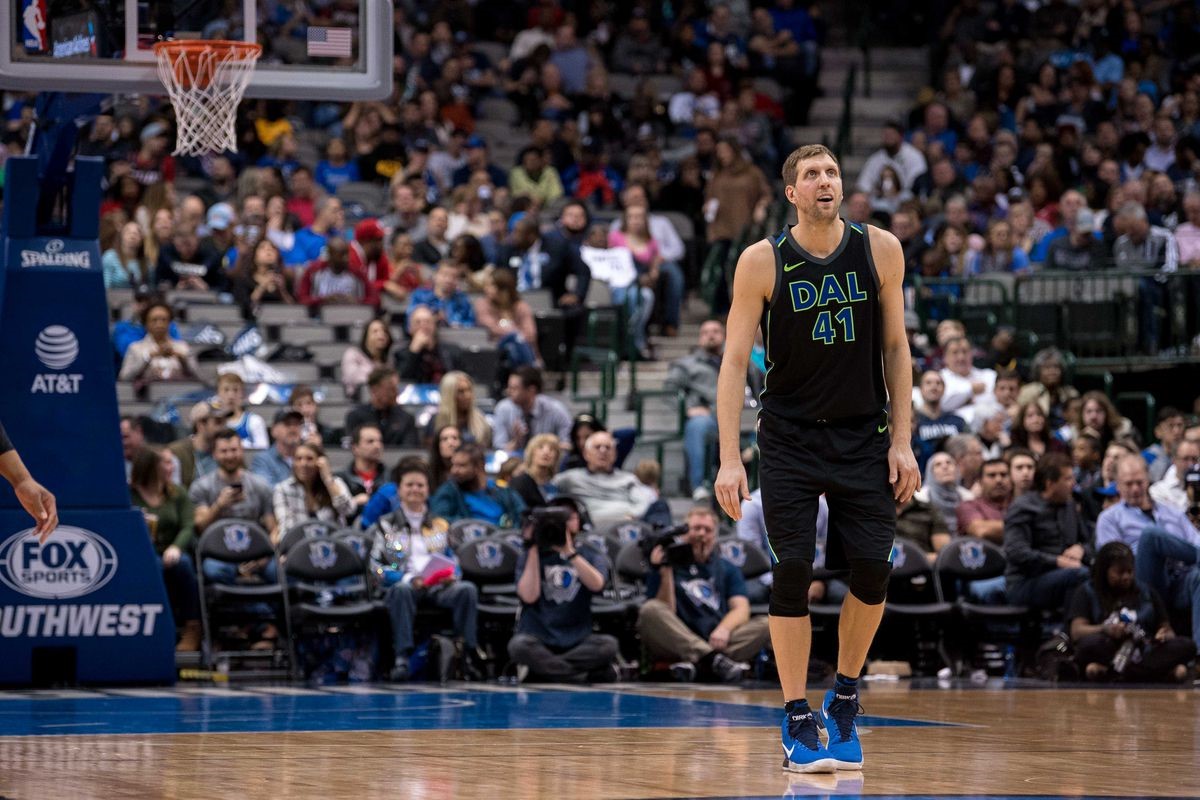 Nowitzki is also without doubt the best player in Mavericks franchise history. He is a 13-time NBA All-Star selection, a 12-time member of the All-NBA team, the NBA’s MVP in 2006-07 and the 2011 NBA Finals MVP. Dirk was also named Western Conference Player of the Month six times and Western Conference Player of the Week 16 times, He participated in four NBA Three Point Shootout competitions, winning once in 2006. Nowitzki was also voted as the NBA’s Teammate of the Year in 2017.

Nowitzki is the Mavericks’ all-time leader in points, rebounds, blocks, field goals, free throws, three point field goals, games played, games started and minutes played. He has a career averaged of 21.2 points, 7.7 rebounds, 2.5 assists, 0.9 blocks and 0.8 steals per game. In the playoffs, Nowitzki has even numbers at 25.3 points, 10.0 rebounds and 2.0 assists per game in 145 playoff games played (he started all of those 145 playoff games).

In 2007, Dirk became the fifth player after Larry Bird, Mark Price, Reggie Miller and Steve Nash to record a 50-40-90 season where he shot at least 50% from the field, 40% from the three point area and 90% from the free throw line for one season. Since Nowitzki accomplished the feat, Only Nash, Kevin Durant and Stephen Curry.

On March 27, 2017, Nowitzki became only the sixth player in the history of the NBA and first player from Europe to score at least 30,000 career points. As of the end of the 2017-18 NBA season, Nowitzki only trails the legendary Wilt Chamberlain by a mere 232 points for fifth place in the NBA’s All-time scoring list. Nowitzki currently has 31,187 points while Wilt the Stilt retired with 31,419 points. Nowitzki’s other All-Time NBA ranks include third in minutes played, fifth in games played, sixth in free throws, eighth in field goals, eleventh in three point field goals and 27th in rebounds.

But perhaps Nowitzki’s biggest achievement was being a pioneer for European players in the NBA. Not only did Nowitzki make it to the NBA, he became one of the league’s all-time greats. Nowitzki is the first European player to earn All-NBA First Team honors, first to start an NBA All-Star game and first to be named as NBA MVP.

Legacy Will Never Fade Away 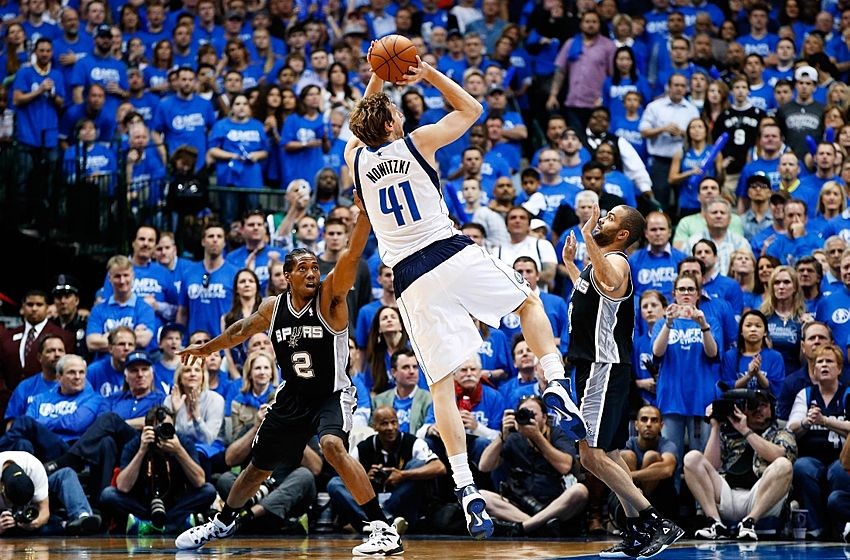 Looking back at Dirk Nowitzki’s career, you wouldn’t believe that critics called him “too soft” for the NBA. He was just way too advanced for his generation that in the beginning, they misconstrued his greatness for weakness. Now, Dirk Nowitzki has changed the game of basketball forever. He’s had more effect in the game than the game on him.

Like the greats before him, there will be no one like Dirk Nowitzki. He is a once in a lifetime talent and all of us are very fortunate to have watched him play in this generation. Who can forget his trademark one legged fade away jump shot? The silhouette of Nowitzki lifting his right leg, fading away for a jump shot off one leg is his version of Michael Jordan’s jumpman logo. Dirk rarely uses that move now. He admits that father time has slowly taken his physical abilities away from him:

“Off of one leg, I don't have really that lift anymore that I need to kind of get that one off, so I like to go more off of two legs these days," Nowitzki said. "That left leg, it's just not as explosive as it used to be."

That fade away shot may have already faded, but Dirk Nowitzki’s legacy will never fade away. Everytime we see the likes of LeBron James and Kevin Durant,- the top two basketball players in the planet, do the one-legged fade away, we are reminded of Dirk Nowitzki and his legendary accomplishments.

Dirk Nowitzki is now 40 years old and probably playing in his last NBA season. He may not get the farewell tour that Kareem Abdul Jabbar, Michael Jordan or Kobe Bryant got but let’s enjoy him this season. We are never going to see another Dirk Nowitzki in this lifetime. Not a chance.