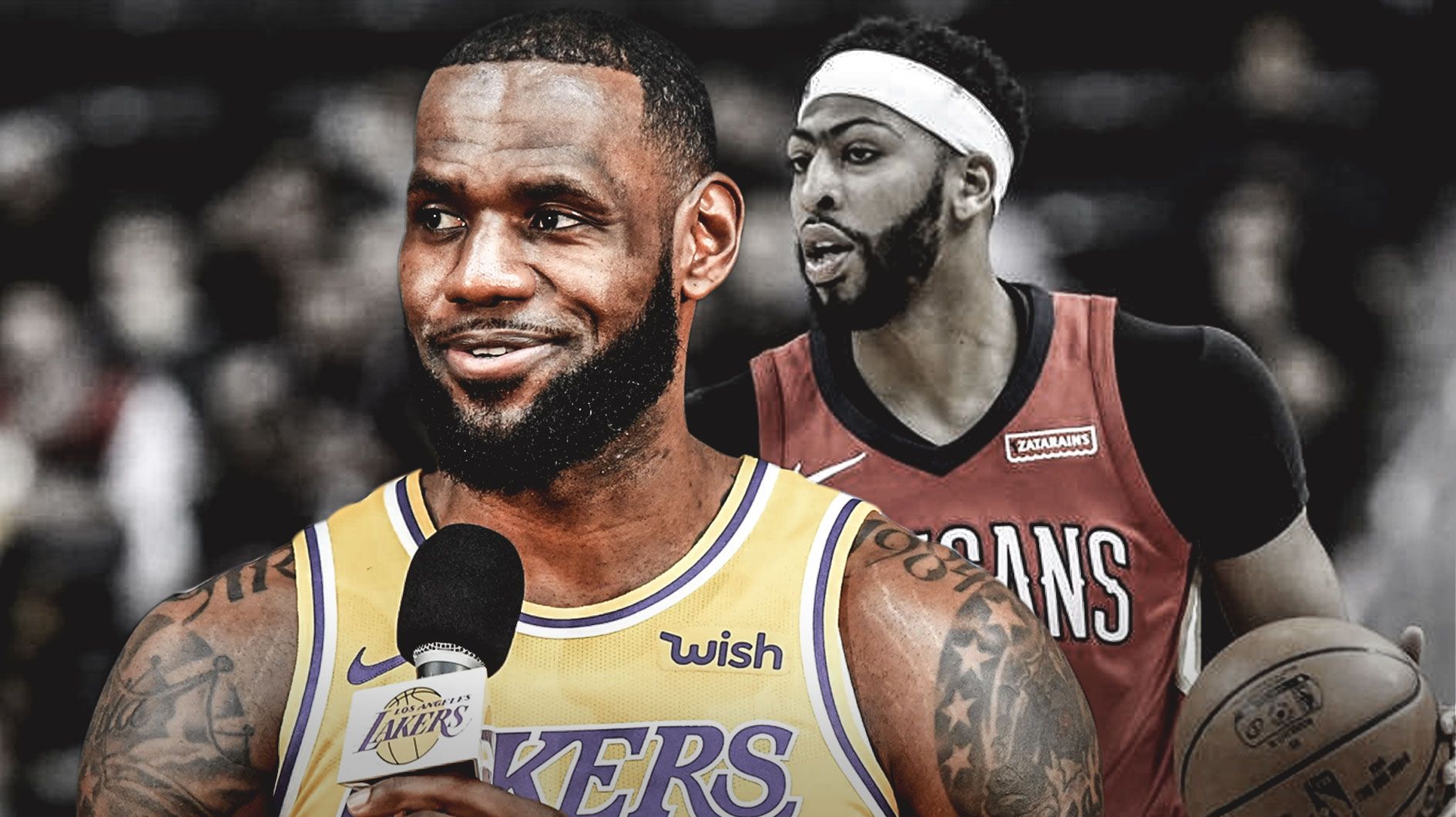 No NBA players has been in more trade rumors than the New Orleans Pelicans’ Anthony  Davis. The Brow has been the topic of many trade conversations in the last couple of years. But Davis remains a Pelican and the Pelicans continue to insist that he will remain one until his NBA career is over.

Last October, Pelicans head coach Alvin Gentry told reporters that his team will not trade Davis for anybody in or out of the league and by out, Davis used the name of Beyonce as a hyperbole. But despite the Pelicans’ pronouncements, the rumors continue to persist.

Recently, Davis became a topic of conversation during the “Woj and Lowe Show” of ESPN’s Adrian Wojnarowski and Zach Lowe. The two so-called analysts talked about the possibilities of Davis being traded before the 2020 Free Agency when Davis becomes available.

Davis is under contract with the Pelicans for $27.1M next season and he has a player option worth $28.8M to stay in New Orleans for the 2020-21 campaign. However, Davis is eligible to sign a five year $239M supermax extension with the Pelicans this coming summer. Or he could wait out the final year of his contract and go to unrestricted free agency in the summer of 2020 when he will be eligible to sign a maximum four year deal worth $152M with a team that has cap space. Of course the Pelicans are hoping that Davis would choose the better financial deal and pick the former. But then there is the possibility that he would not because Davis has always mentioned that it’s not all about the money. The latter is a dilemma that the Pelicans don’t want to undergo and that’s why Davis has been the topic of countless trade rumors.

The main party to the Anthony Davis trade rumors are the Boston Celtics who have been linked to those trade talks for years. The Celtics have made known about their intention to acquire AD and it’s pretty obvious that they have been stockpiling assets and draft picks so that when the opportunity comes, they will have the best or one of the best offers for Davis.

Aside from the Celtics, the other team that is rumored to be serious in Anthony Davis is the Los Angeles Lakers. The Lakers are currently run by big move front office personnel in Magic Johnson and GM Rob Pelinka. We said big move because just last summer, Magic and Pelinka pulled off the biggest free agent signing since LeBron James returning to Cleveland. Well, the Lakers’ signee was also LeBron James but the King’s decision to leave home a second time for an uncertain future in Lala Land was a huge gamble on his part and a big time move for the Lakers.

The Lakers had been chasing James since the 2016 free agency and they had been unable to land not just James but any marquee name since Kobe Bryant’s retirement. The Lakers’ plan was to pair James with a second superstar but with Los Angeles unable to find the right person (or are they waiting for a specific one?), they decided to surround James with veteran players on one-year deals. And so came players like Javale McGee, Lance Stephenson, Michael Beasley, Rajon Rondo and Kentavious Caldwell Pope. Most recently, the Lakers were rumored to be eyeing Trevor Ariza before he was traded to the Wizards. Ariza is also on a one-year deal.

According to Wojnarowski, these one year deals were part of a bigger plan by the Lakers to go all-out for an Anthony Davis trade this coming summer, pre or post free agency period. Said Woj:

>"They're not going to give away picks and their top young players in some deal that makes them incrementally better this season because they've got to save all those assets for Anthony Davis, a big trade this summer pre- or post-free agency," Wojnarowski said. "That's why they've looked at players who are on one-year deals who don't have money going forward."

When the Lakers have more than enough money and have their young core of Brandon Ingram, Kyle Kuzma, Josh Hart and Lonzo Ball available for the Pelicans to choose from, I’m not saying that New Orleans is going to take the offer. But this group is as good as the Jaylen Brown, Terry Rozier, Marcus Smart and draft picks that Boston is going to dangle to the Pelicans.

LeBron James was asked about the possibility of the Lakers acquiring Davis before the Lakers’ loss to the Brooklyn Nets on Tuesday and all King James could say was that it would be amazing to have AD as his teammate. Said James

But die hard Lakers fans are saying right now that the Purple and Gold may no longer chase a second superstar because that guy is right at the Lakers’ backyard. Some journalists have been referring to sophomore Kyle Kuzma as LeBron’s next superstar partner. Kuzma is without doubt having a sensational season playing alongside James. The 27th pick of last year’s draft is averaging 18.2 points and 5.8 rebounds per game this season. He’s shown tremendous improvement in his shot selection and overall game which has led to diehards saying the Lakers already have that second superstar. However, if the Pelicans would ask for Kuzma as the centerpiece of a trade for Anthony Davis, would the Lakers say no? Given that Anthony Davis is only 25 years old, I don’t think the Lakers would even think twice about it. While Kyle Kuzma is an incredibly talented scorer and player, Anthony Davis is one of the league’s rare unicorns. But we’re going to far ahead already and let’s go back to our topic at hand.

So the Pelicans hope to get Davis to sign a super max extension next summer. But between now and next summer, don’t be surprised if they open the bidding if they can’t get any assurance from the Brow that he will sign next summer. Remember what happened to Paul George when he told Indiana he wouldn’t re-sign. The Pacers flexed a trade that brought Victor Oladipo and Domantas Sabonis to Indiana. OKC is happy with George but the Pacers have even become better with Oladipo and Sabonis. That’s the alternative ending that New Orleans wants and that’s the reason why Boston and Los Angeles are waiting.