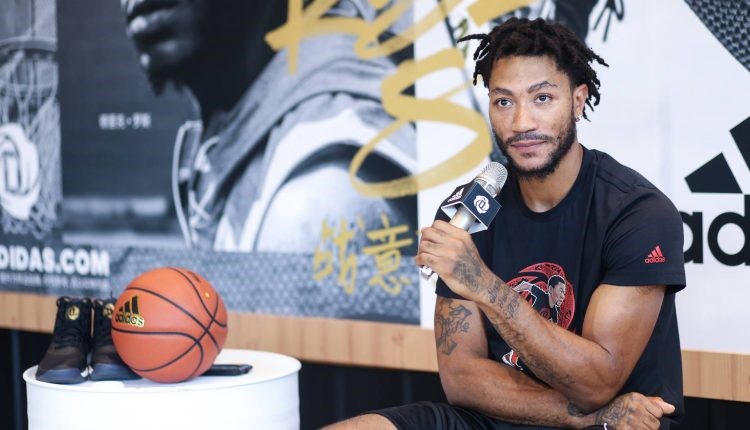 Seven years removed from becoming the youngest player to win the NBA MVP award and six years after his last NBA All-Star game appearance, Derrick Rose still has his own signature shoe and is still making superstar money out of it.

Although he is just a back up point guard now for the Minnesota Timberwolves earning the veterans minimum pay, Rose is set to become only the 8th player in NBA history to have at least 10 consecutive signature shoes released by the same brand once the D-Rose 10 is released by Adidas during the 2018-19 NBA season.

Not only that. The Adidas DRose isn’t among the top 5 selling signature basketball sneakers in the market. But Derrick Rose is one of only three NBA players who have an active signature sneaker line with Adidas. The other two are 2018 NBA MVP James Harden of the Houston Rockets and All-Star guard Damian Lillard of the Portland Trail Blazers.

Here’s one more. According to an article from Forbes in 2017, Rose’s $11M annual pay from Adidas is the fifth highest paying shoe endorsement deals among active NBA players. Only LeBron James ($32M), Kevin Durant ($25M), James Harden ($14M) and Stephen Curry ($12M) are ahead of him.

So why does a player who averaged 8.4 points per game and appeared in just 25 games last season become a major player in the signature sneaker industry? 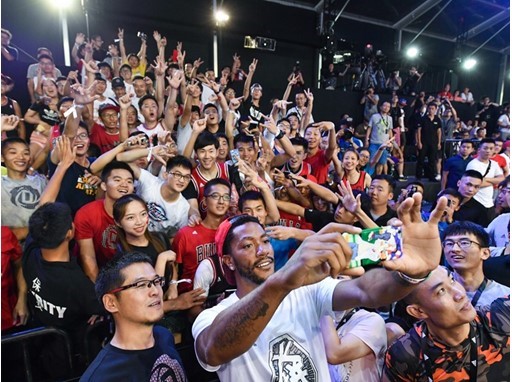 Well first, Derrick Rose signed a 13 year $185M deal with Adidas in 2012. So whether Adidas likes it or not, it has to pay Rose and it has to make shoes for him. Is it a shoe deal gone wrong? Maybe but maybe not at all.

Rose remains one of Adidas’ top sellers in the Pacific, specifically in China. The former Chicago Bulls’ guard has a special bond with the Chinese that still makes him among the top NBA stars in the country. As a proof, Rose’s #25 Knicks jersey was among the Top 10 selling NBA jerseys in 2017. Two years before, his Bulls #1 jersey was the top seller in China even if he spent more time on the sidelines than on the hardcourt.

According to an article from ESPN, 70% of the sales of Adidas’ DRose line are from China which has 10,000 Adidas stores. Although the figures were not revealed, it can be concluded that sales are doing good since Adidas is planning to re-release the DRose line beginning with the DRose 1.5, which Rose wore during his MVP year, at an unspecified date.

Rose’s affinity with Chinese fans started in 2011 when he was named as the youngest MVP in the history of the NBA. Rose played for the Chicago Bulls, the team which Michael Jordan led to 6 NBA championships during the 1990s. It was Jordan and the Bulls who made the NBA global. And it was the Bulls appeal that drew fans close to Rose.

"He is probably the most important player for the Bulls and Chicago after MJ," said Jing Zhang of LaceUp China. "He has never abandoned the pursuit of his dream of basketball."

Indeed Rose is a star in China when he is no longer one in the league he plays for. According to Victor Sun, a magazine publisher in China, the DRose 9 (the latest edition of Rose’s signature shoe) was one of the most highly anticipated shoe releases ever in China.

"The way he shows up to an event, whether it was 20 people, 50 people or 5,000 people, being this guy from Chicago, he would still say, 'Man, I just can't believe all of these people came out,'" said Paul Jackiewicz, who led Adidas global basketball PR from 2011 to 2016.

But while it was being from the Bulls that first made him a hit in China, it was Rose’s annual visit to the country to hold basketball clinics and to launch his latest shoe model that made the nation connect and fall in love with him. Many remember D-Rose’s 2017 visit when he was moved to tears after Sun showed a fan tribute video to him.

"The fans see his spirit," Zhang said. "Last year's trip to China made me see perhaps the most humble NBA star, and it was the fans' love for him that moved him to tears." 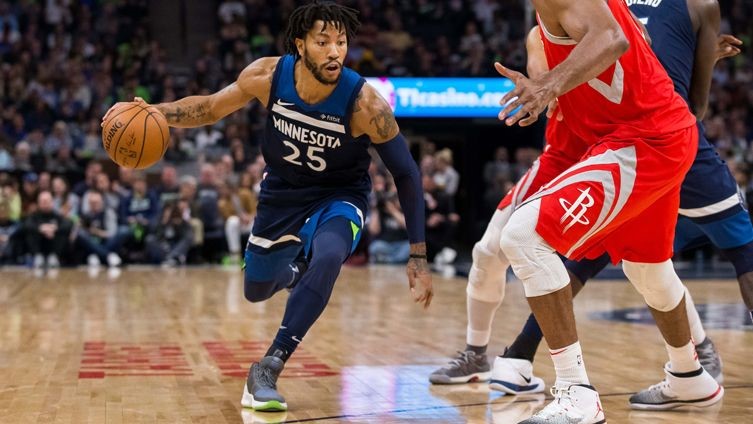 Rose NBA story itself can move your emotions. Two months after he signed his $185M shoe deal with Adidas, he tore the ACL of his left knee during a playoff game against the Philadelphia 76ers. Rose’s basketball career has never been the same since that injury.

He returned to action in October 2013 but barely 10 games into his comeback which Adidas hyped as “The Return”, Rose returned to the injured list after a meniscus tear in his right knee. Rose came back in October 2014 but for the second time in 15 months, he tore the meniscus in his right knee again in February 2015. In the summer of 2016, he was traded to the New York Knicks as both Rose and the Bulls searched for a fresh start.

Derrick Rose was no longer his old MVP self in New York but it appeared like he had recovered some of the explosiveness that was his trademark. He put up decent numbers with the Knicks, averaging 18.0 points, 3.8 rebounds and 4.4 assists per game during the 2016-17 season. But he was shut down by the Knicks in April 2017 after suffering a cartilage tear in his left knee. Rose missed only five games this time out but it was another knee surgery and he was in a contract season.

He ended up signing with the Cleveland Cavaliers for the 2017-18 season but played just 16 games for the Cavs before getting traded to and waived by the Utah Jazz. He finished the season playing for the Minnesota Timberwolves who were coached by his former Chicago Bulls head coach Tom Thibodeau. Rose even played in 5 postseason games for Minnesota and averaged a decent 14.2 points per game on .509 shooting from the floor. Rose agreed to a $2.1M deal to return to Minnesota next season.

Although it doesn’t have an ending yet, Derrick Rose has a tragic NBA story. However it’s not pity that continues to make him a star. It’s about his resilience as a basketball player and his genuineness as a person that endears him to his fans, especially in China. How his story end doesn’t really matter. He has already impacted the lives of people, near or far from Chicago and the NBA.