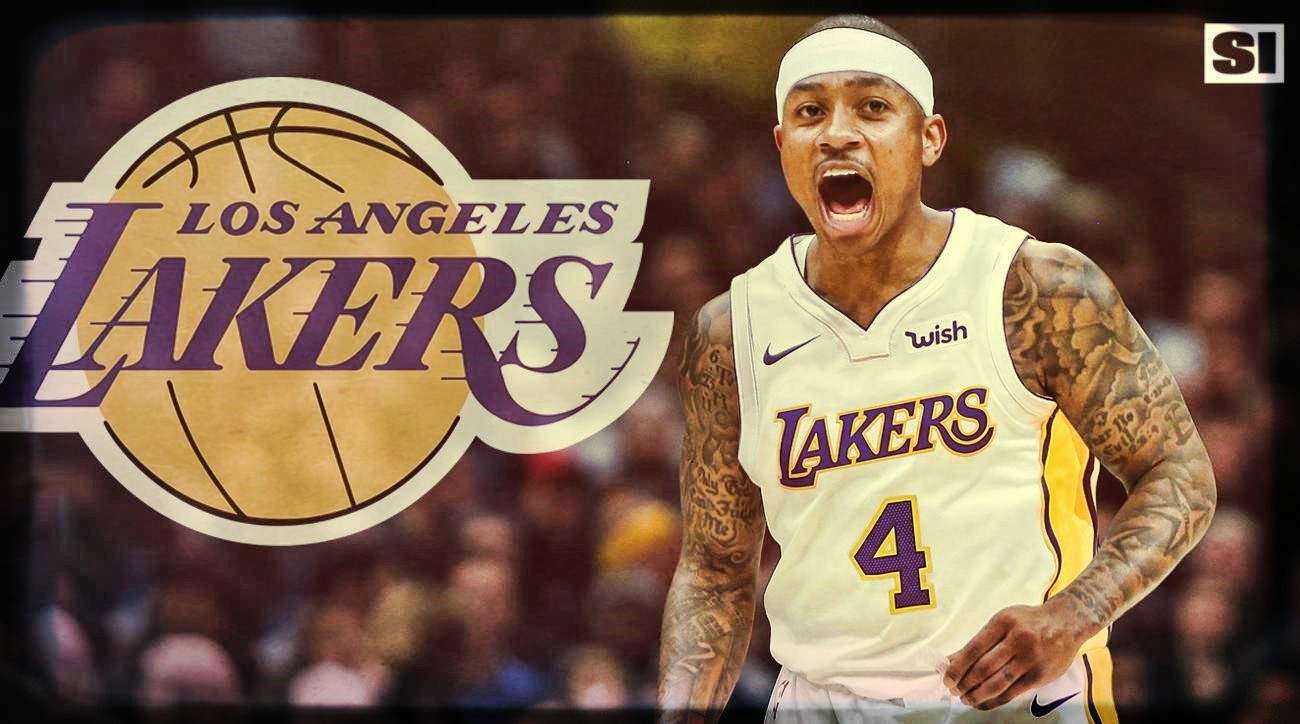 Isaiah Thomas’ disaster season in Cleveland is over. The 29 year old guard struggled to find his form with the reigning Eastern Conference champions, averaging a six year low of 14.7 points per game while shooting the ball at career lows 36.1% from the field and 25.3% from beyond the three point line.

Thomas missed the first 36 games of the season while recovering from a hip injury that he suffered last season. And when it was time for him to return to action, he didn’t do much to help the Cavs. In fact, in the 17 games since he’s returned, the Cavs have only been 7-10 with Thomas playing in 15 ( including 14 starts ) of them. But after being traded to the Los Angeles Lakers just before the NBA’s 2018 trade deadline expired, Thomas is getting a fresh start in Los Angeles.

Before he was traded to the Lakers, Thomas said he was tired of being traded. But even before playing his first game for his latest team, Thomas should ready his bags again. Los Angeles doesn’t appear to be his permanent destination, just as Sacramento, Phoenix Boston and Cleveland were not. 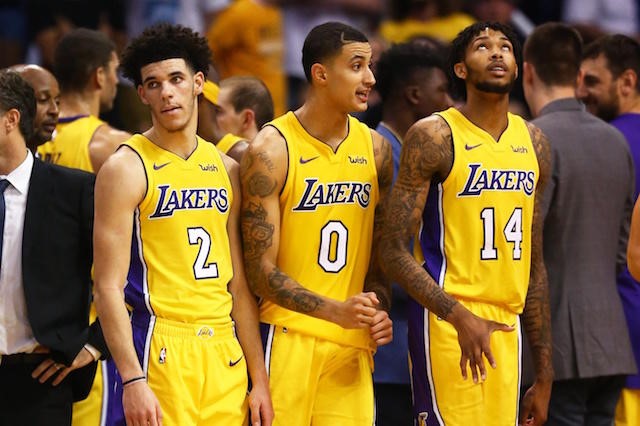 Let’s face it, while Magic Johnson and Rob Pelinka spoke well of what Isaiah Thomas can bring to their young team and even talked about him mentoring Lonzo Ball, it’s hard to think that I.T. is going to stay in Los Angeles beyond this season.

Once Los Angeles gets the max money to add two superstars next season, do you honestly believe that the Lakers will pick Thomas instead of either LeBron James or Paul George if ever both ( James and George ) are available and willing to go to Lala land. No offense to Thomas or to players similar his size but the only player 6-0 and below to lead his team to the NBA Finals ( in recent memory ) was Allen Iverson.

When Magic Johnson spoke about trading Jordan Clarkson and Larry Nance Jr. because the Lakers need superstars to win, you can’t be serious if you think he was talking about Isaiah Thomas. Everybody knows about the Lakers’ plan: They will go after LeBron James in next summer’s free agency. And if they can add more cap space, they will also pursue Paul George who was rumored to be eyeing a Los Angeles homecoming. 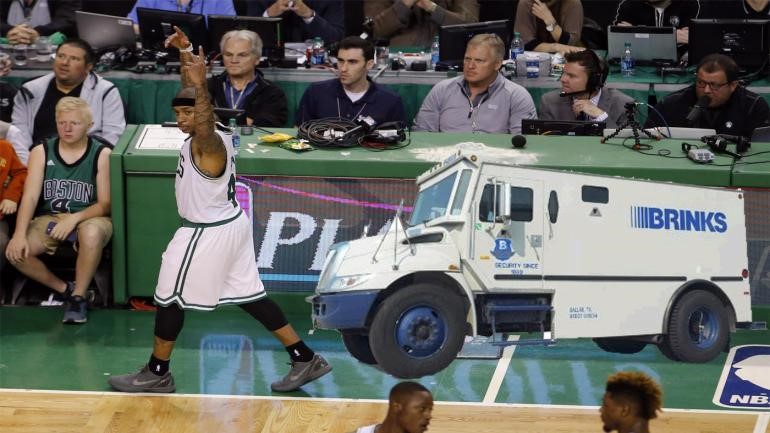 Recent reports have also said that the Lakers are shifting their focus to the 2019 free agency because Paul George is leaning towards staying in OKC beyond this season plus DeMarcus Cousins of the New Orleans Pelicans suffered a season ending achilles injury. That chatter only further confirms that the Lakers don’t intend to bring Isaiah Thomas back next season.

In 2016, Thomas boasted about the Boston Celtics bringing the Brinks truck to him when his current $27M deal expires at the end of the 2017-18 season:

“They better bring out the Brinks truck. They’re paying everybody else. I gotta get something.”

With the way he was playing when he was with the Celtics, Thomas deserved a better deal than the one he signed in 2014. And yes, he deserved to get a visit from the Brinks truck. But after suffering a hip injury, the stakes have changed. Boston traded him for Irving and while Irving has thrived in Thomas’ former role in Boston, the same did not happen for Thomas in Cleveland. Likewise, Cleveland gave up on Thomas after just 15 games played.

Even if Thomas did deserve the Brinks truck treatment, then the Lakers would have to pay him max next summer. If that is the case, then what happens to the Lakers’ reported 2019 plan)? Whether the Los Angeles Lakers want to splurge in 2018, 2019 or 2020, it doesn’t matter. Just the rumors that they will splurge in any of those summers simply means that they won’t be bringing the Brinks truck to Isaiah Thomas’ doorstep.

Not About The Lakers 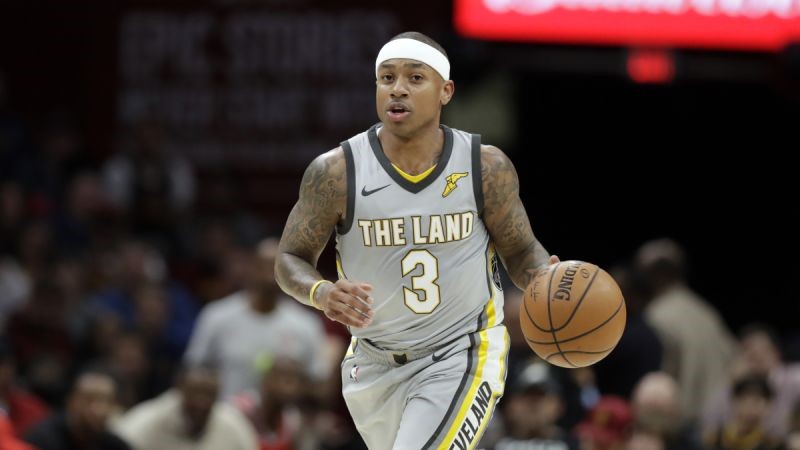 Thing brings us to Thomas himself, because this isn’t about the Lakers. Had Isaiah Thomas become a free agent in 2016, he would have landed a very rich contract. There was a huge spike in the NBA salary cap which caused teams to give ridiculously big contracts to so-so players ( Allen Crabbe? )

Thomas had a breakout season with the Boston Celtics and was named to the NBA All-Star Team for the first time in his career. Surely he would have earned a maximum deal if he were a free agent at that time.

Had Isaiah Thomas been a free agent in 2017, he would’ve likewise been given a huge contract. He played better than he did in 2016, was the 3rd leading scorer in the NBA, led the Boston Celtics to the best record in the Eastern Conference and was named to the All-NBA Second team.

Even if the Celtics failed to advance to the NBA Finals last season, teams still looked at Thomas as a high value asset in July after a heroic playoff performance for the Celtics, where he played through tragedy ( death of his sister ) and pain ( hip injury ). But Thomas wasn’t a free agent last July, nor in July of 2016. He was stuck in a bargain four year deal he signed in 2014.

Without doubt, Thomas has outplayed his current deal beyond imagination. But the big payday that he deserved in 2016 and 2017 and the one he was hoping next summer may not be coming at all when he is free to negotiate his contract. A case of wrong timing, bad luck ( injury ) and several twist of fates may have cost Isaiah Thomas the visit from the Brinks Truck.

The Boston Celtics have moved on with Kyrie Irving. The Cleveland Cavaliers will try to make the NBA Finals with four new faces acquired just before the All-Star break. The Los Angeles Lakers? Sure, Magic Johnson talked about Thomas filling in an immediate need:

“Right now Zo's hurt," Johnson said of Lonzo Ball. "We need a point guard. So especially with that type of experience and the fact that he can score the basketball and pass it, we want to get him in here fast. We told him that. He's day to day, Zo is. We don't know when he's coming back. We need somebody to come in there and lead our troops."

And sure, both Magic and head coach Luke Walton say that Thomas and Lonzo can co-exist in the backcourt given that their specialties aren’t the same and in fact do compliment each other ( Lonzo - passing , I.T. - scoring ). But just as Thomas’ agent said that it was LeBron’s ball in Cleveland, it is Lonzo’s ball in Los Angeles. Unless of course Magic changes his mind. 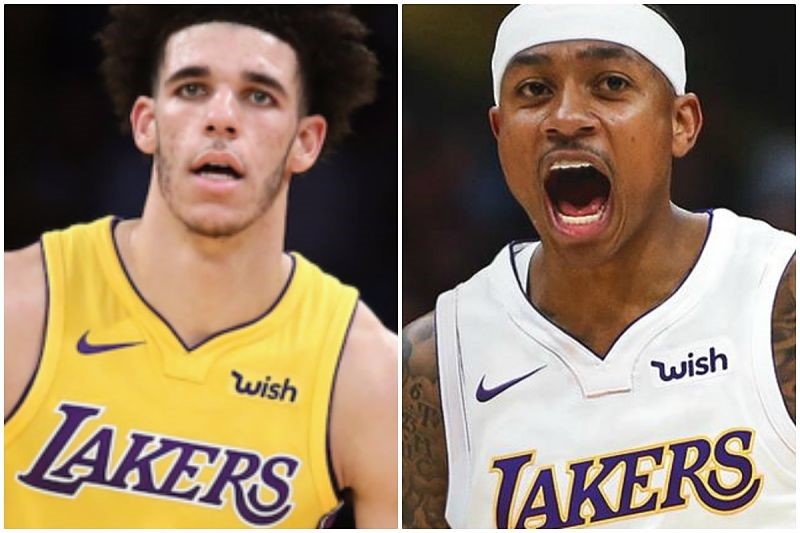 Thomas plays best with the ball in his hands and that’s what didn’t work in Cleveland really ( his agent was indeed correct ). But what makes them think it will work in Los Angeles? Sure, the up tempo style in Los Angeles will fit Isaiah Thomas better. But when Lonzo Ball returns, it’s going to be Zo who’s going to run the show in Los Angeles.

Thomas is expected to come off the bench in his first game as a Laker. That’s contrary to what his agent previously texted ( in all capital letters ) to the ESPN’s Rachel Nichols:

Rachel Nichols says that Isaiah Thomas' agent texted her in all caps: “HE IS NOT COMING OFF THE BENCH"

IT's camp would want a buyout before he comes off the bench for LA. pic.twitter.com/jHofuzx1d9

That alone is proof that Thomas is never going to call the shots in Los Angeles. Don’t forget that Magic Johnson also publicly declared that Lonzo Ball will remain as the Lakers starting PG. That’s the final nail in the coffin as far as Isaiah Thomas staying in Los Angeles beyond this season. For him to stay, he must have the ball. Unfortunately, he can’t take it from Lonzo because it’s the kid’s family name.