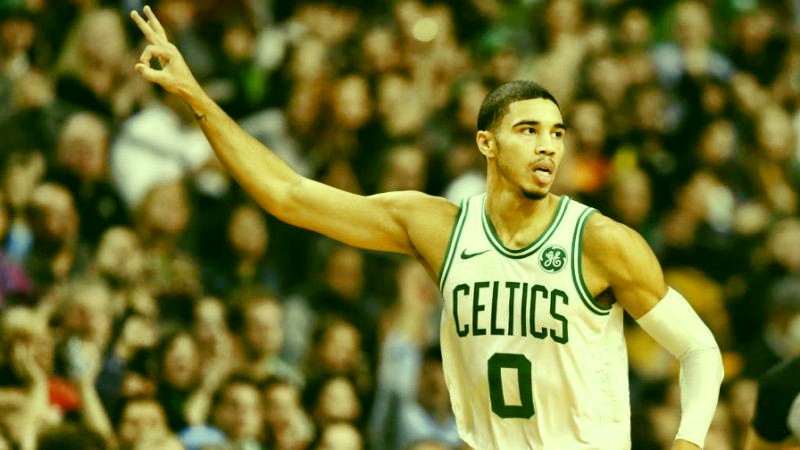 Why Jayson Tatum Is Better Than The Other Top Rookies

Rookie Jayson Tatum is one of the reasons why the Boston Celtics are on top of the Eastern Conference despite losing all-star forward Gordon Hayward to injury on opening night. 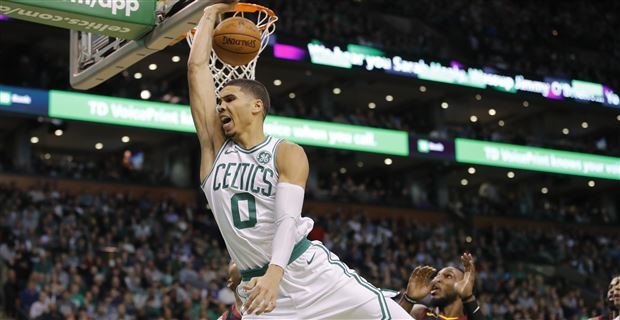 Hayward’s injury opened the doors for other Celtics’ players. The likes of Jaylen Brown, Marcus Smart, Terry Rozier and Tatum have gotten more minutes than initially expected because of Hayward’s absence. The four are having excellent seasons but among them, it’s Tatum who’s stood out because of his emergence as the Celtics’ second scoring option next to Kyrie Irving.

Get JAYSON TATUM to the All Star game!! #NBAVote pic.twitter.com/zOY8Oneh8s 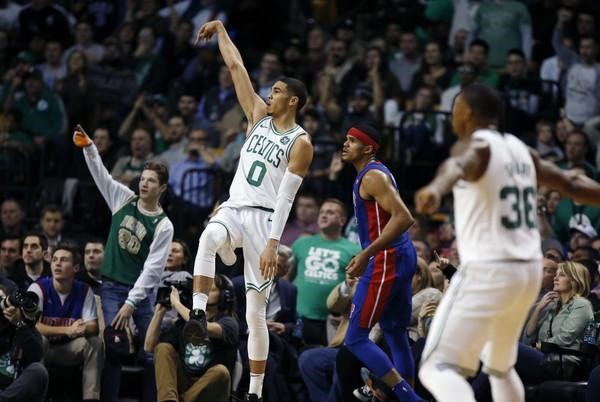 With the Celtics down 83-82 and with only 1:23 left in the game, Tatum soared for a baseline dunk over three defenders:

It’s an impressive play not only because it came at a crucial stretch in the ball game but also because Tatum didn’t blink for a second when he got the pass from Kyrie. He just decided that he was going to dunk that ball with authority. Impressive stuff from a 19 year old rookie, really.

Not Scared Of The Moment 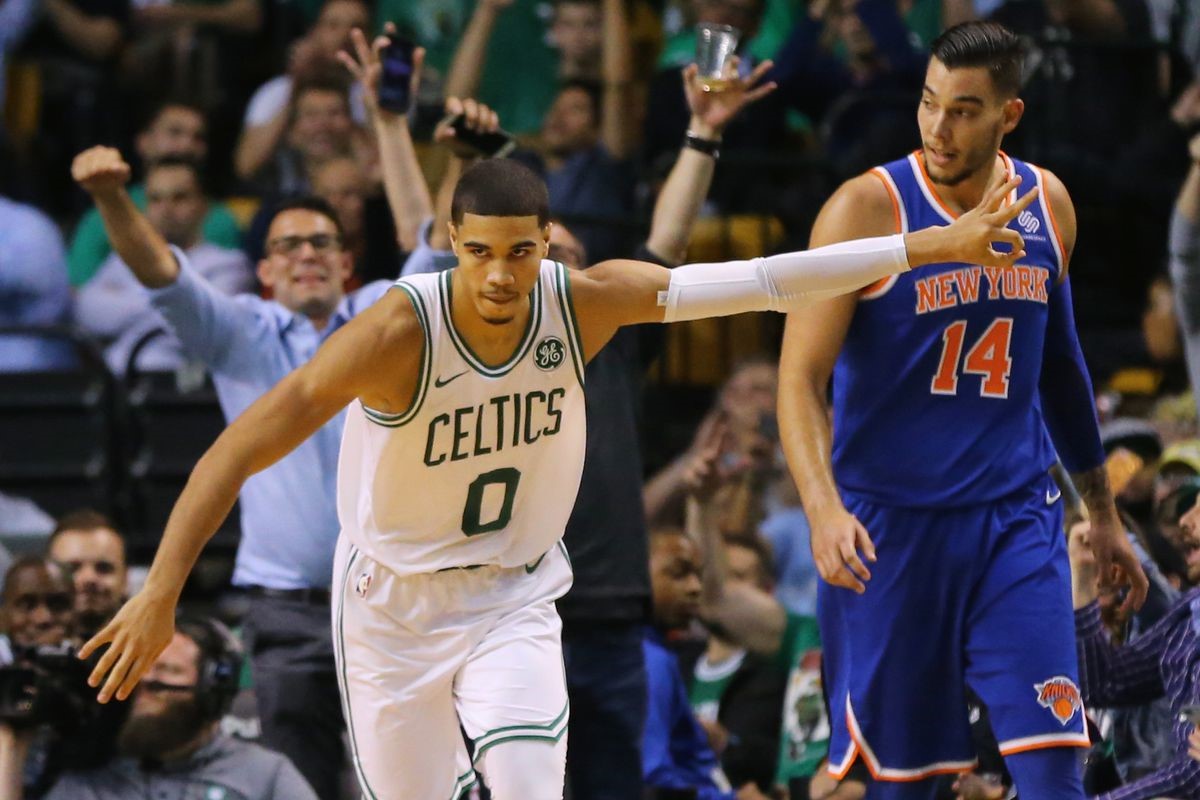 But that wasn’t it. In the Celtics’ ensuing possession, Tatum got another pass from Irving. This time, the rookie was wide open from the opposite baseline. Tatum nailed what proved to be the game’s decisive basket.

Sure, he was wide open alright. But prior to that basket, Tatum had an underwhelming offensive night, going 3-10 from the field through three quarters. But as usual, he came up big in the clutch, as he’s always done for the Celtics.

“He’s not scared of the moment, never has been,” said Celtics head coach Brad Stevens who himself has never been afraid to thrust his young rookie into the spotlight. 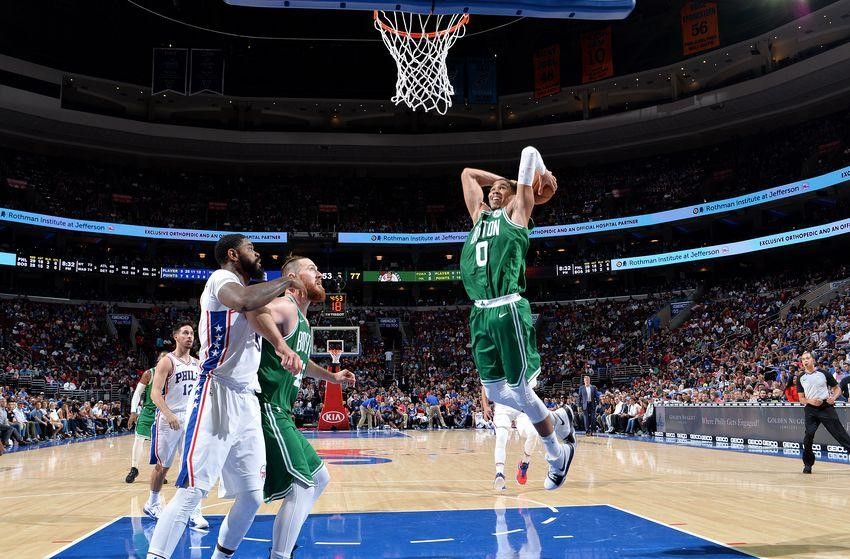 But clutch scoring isn’t only what Jayson Tatum is good at. He’s also one of the Celtics best defenders. During the same game against the Nets, Tatum became the first teenager since Kevin Garnett to record at least six blocks and three steals in a game. Tatum even beat Garnett as the youngest player to achieve that feat. KG did it when he was 19 years and 334 days old in 1996. Tatum meanwhile, is only 19 years and 303 days old.

Among rookies, Tatum ranks 7th in blocks at 0.86 blocks per game and 6th in steals at 0.98 per outing. The former Duke Blue Devil is also 6th among NBA freshmen in rebounds at 5.5 rebounds per game. Within his team, Tatum is among Boston’s Top 5 defenders with a defensive rating of 101 points per 100 possessions. His 2.4 defensive win shares is the most for any Celtic this season. 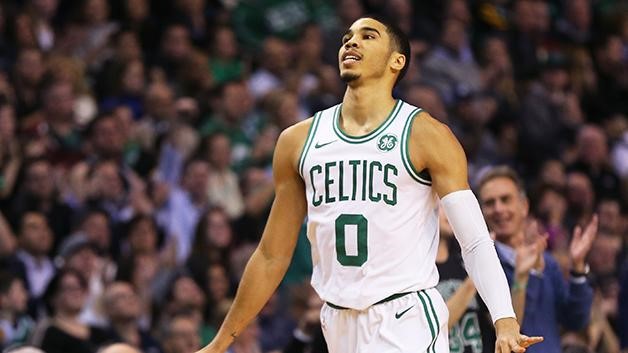 Tatum’s emergence has put him right back in the conversation for the Rookie of the Year award. First it was Ben Simmons in the East and Kyle Kuzma in the West who stole the show in the months of October and November by winning Rookie of the Month Honors. For the month of December, the Utah Jazz’s Donovan Mitchell won the award in the Western Conference while Tatum took the same honors in the Eastern Conference.

Simmons has been the favorite to win the award because of his all around brilliance while playing as starting point guard for the Sixers. But while Tatum isn’t producing Ben Simmons numbers, he is strutting his stuff while playing for a title contender. And because he is playing for one, Tatum doesn’t need to do as much as Simmons has to do for the Sixers. Despite that, Tatum has more win shares than Simmons at this stage of the season, at 2.4 against 2.2.

Eastern Conference @Kia NBA Rookie of the Month @jaytatum0 of the @celtics in action! #KiaROTM pic.twitter.com/qxDFIXM6v6

A Steal At Number Three 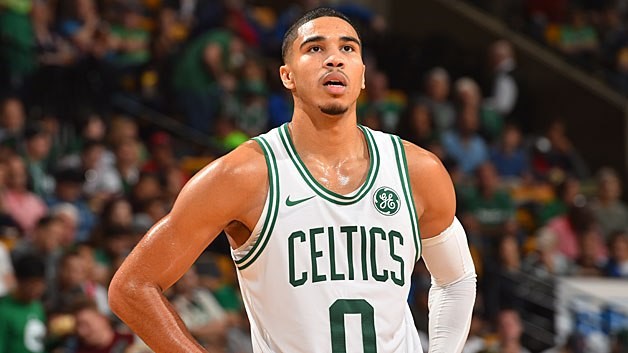 Many wondered why the Celtics traded the #1 overall pick of the 2018 NBA Draft. Aside from the additional future pick they got from Philly, Boston’s eyes were already fixated on Tatum. But knowing the the Sixers wanted Fultz and the Lakers were picking Lonzo, they traded down knowing Tatum would be available at #3.

Dennis Smith Jr. was first called the steal of the 2018 NBA Draft. Then the label went to the Lakers’ Kyle Kuzma and then to the Jazz’s Donovan Mitchell. But if there’s such a thing as a steal at #3, then it’s Jayson Tatum. This 19 year old is playing wise beyond his years and is doing so for a top title contender. That’s something the rest of this year’s top rookies can’t say they are doing.