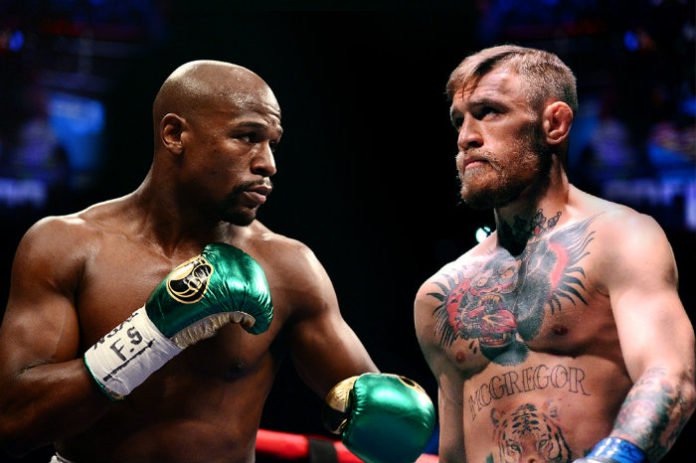 We all knew it was a money fight. That both Floyd Mayweather Jr. was going to fight Conor McGregor for the money. Now we know what that money is for: Boxing’s Money Man owes the federal government $22.2M in taxes.

According to a notice of federal tax lien filed by the IRS, Mayweather has yet to pay $22.2M in taxes for the year 2015. The balance on the notice was as of March 6,2017 and the lien was filed with Las Vegas county officials last April. A week before the Mayweather-McGregor press tour began, Mayweather’s camp filed for a temporary retrieve with the U.S. tax court, claiming the boxer does not have enough cash on hand to settle the obligation.

As a general rule, the IRS freezes its collection activities once a taxpayer contests a lien. The process of filing a petition comes after a taxpayer and the IRS fail to come to an agreement as to how an outstanding tax debt can be paid. In Mayweather’s case, the boxer petitioned the U.S tax court on July 5 to hear his case in Las Vegas, Nevada.

“Although the taxpayer has substantial assets, those assets are restricted and primarily illiquid," the petition said, according to the legal website Law360. "The taxpayer has a significant liquidity event scheduled in about 60 days from which he intends to pay the balance of the 2015 tax liability due and outstanding."

The timing of the petition makes it appear that Mayweather is buying some time to collect his lion’s share of the Conor McGregor fight in August and use the money presumably to settle his tax deficiencies. According to sources, tax judges travel to Las Vegas only once or twice a year, hence Mayweather’s appeal is expected to be heard only after six months to one year, enough for the unbeaten boxer to collect his McGregor bounty.

2015 was the year Mayweather fought Manny Pacquiao in the richest fight in boxing history. The May-Pac bout did over 4.5M buys in the PPV market, easily obliterating the record 2.475M buys set by the 2007 bout between Oscar De La Hoya and Mayweather himself. Its $400M PPV revenue more than doubled the previous mark set by a boxing event. May-Pac also cashed in $72,198,500 from the sale of 16,219 tickets at the MGM Grand Garden Arena. That gate receipt revenue was also an all-time record. By estimates, Mayweather made $250M for the Pacquiao fight ( maybe $300M as he now claims ), the biggest ever by any fighter in one fight.

Mayweather is expected to make more than $100M for fighting McGregor. McGregor himself is expected to rake in at least $100M for the spectacle, more than what he is poised to make in his entire MMA career. According to an article from Forbes, Mayweather’s net take home pay may even balloon depending on pay per view buys. However, it’s not expected to top his purse for the Pacquiao fight. But it will be enough to pay Uncle Sam what he owes in back taxes.

This isn’t the first time that Floyd Mayweather Jr. has had troubles with the American tax man. The IRS has filed over a dozen tax liens and under Mayweather’s name in Clark County, Nevada. In various years, Mayweather owed the federal government $3.1M, $6.1M and $7.1M but these have been already settled. An ESPN report said that Mayweather still has an unresolved lien of $7.2M from the year 2010, the year Floyd fought Shane Mosley.

Mayweather found time to defend himself from the tax mess. In a social media post, Mayweather claims that he paid the federal treasury a total of $26M in 2015.

“While everyone is counting my money and assuming the worst, these are the facts... Uncle Sam, received $26,000,000.00 from me in 2015! What else could they possibly want? I'm sure I would have been notified much sooner if there were any real discrepancies right? Bottom line, everybody just wants to be a part of the 'Money May' show, including the IRS! That's fine, you can crunch numbers all day but in the end, my empire is rock solid and intact! Now Calculate That!"

Unfortunately for Floyd Mayweather, the statement was nothing but false bravado. The only reason why the IRS wants a part of Money May is because it wants to collect taxes. The fact that Mayweather filed for a petition in the tax court clearly indicates his liability. And sure, the TMT empire is rock solid but it’s definitely not liquid. No reason for him to challenge his detractors to calculate his obligations because the IRS doesn’t make mistakes. Not at all. If there was any wrong calculations made here, it was on the part of his accountants. Now do the math.

Mayweather’s tax woes have been used by Conor McGregor in many of his verbal jabs against his opponent during their recently concluded world press tour. On the first of four stops, McGregor took shots at Mayweather’s casual attire and said that the boxer could no longer afford to buy a suit. ‘He’s fooked’ said the Irishman. McGregor also said that the reason why Mayweather took the fight was because he was in dire need and he had no choice.

On one occasion, Mayweather pulled out what was supposed to be a $100M check from his backpack. Mayweather claimed the check was part of his payment during the Pacquiao fight. But nobody bought the publicity stunt. Check are deemed by banks as stale after a period of six months. And why would a smart business person hold on to a check for two years and not cash it with the bank? Checks are just pieces of paper unless they are cashed in.

Obviously, Mayweather is trying to mask his liquidity problems. He is the highest earning boxer of all-time. But we also know he is one hell of a spender. We’re not saying that Mayweather is broke but like his petition said he is illiquid. As such, he needs cash to pay his current obligations. That’s the reason why he needs you to cough out $89.95 ( plus $10 for HD ) to watch him fight McGregor in a mismatch.