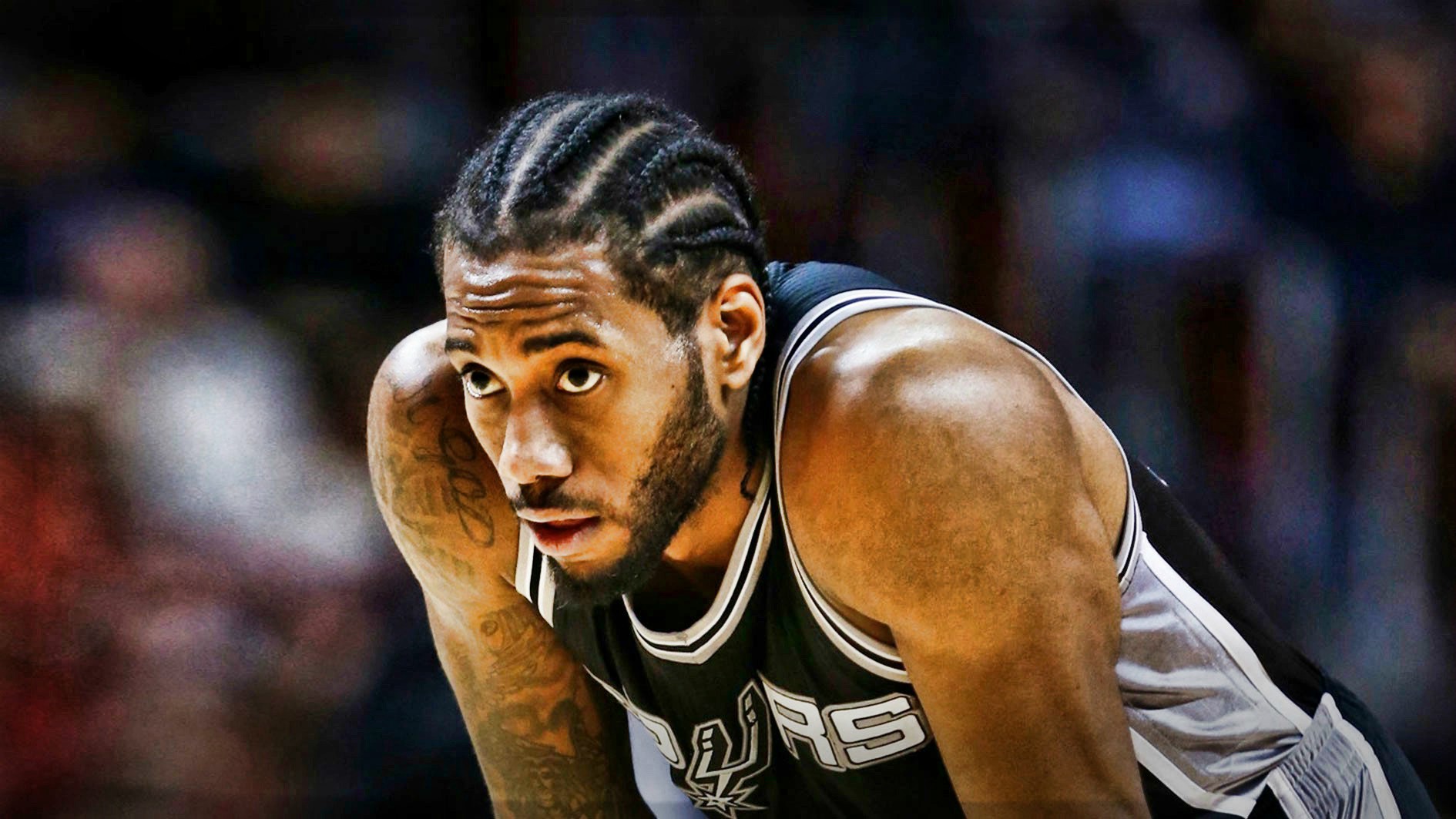 Why oh Why, Kawhi?

Kawhi Leonard's quad injury has lingered longer than everyone expected. Now, it has taken yet another surprise twist.

On Wednesday, Spurs coach Gregg Popovich said that he'd be 'surprised if Leonard returns this season'.

“We only have X-number of games left in the season and he’s still not ready to go,” Popovich told reporters in the team’s first post all-star break availability. “If by some chance he is, it’s going to be pretty late in the season and it’s going to be a tough decision. How late do you bring somebody back? That’s why I’m just trying to be honest and logical. I’ll be surprised if he’s back this year.”

And although he didn't rule out otherwise, Popovich sounded like he was resigned to the fate of playing the rest of the way without his best player. Later that day, ESPN reported that Leonard had been medically cleared to return but he has elected against returning to the team's active roster.

According to the ESPN report, Leonard spent 10 days before the All-Star Break in New York to seek a second opinion from a specialist. He was accompanied by personnel from the San Antonio Spurs and utilized the National Basketball Players Association ( NBPA ) headquarters in Manhattan for workouts.

Leonard originally suffered the injury at some point during the 2016-17 NBA season. The Spurs first disclosed the injury on September 30, 2017 and announced that the former two time NBA Defensive Player of The Year winner would miss the entire preseason and the start of the 2017-18 regular season. But after Leonard missed the first 10 regular season games in October and November, head coach Gregg Popovich said that Leonard was healing more slowly than expected.

On December 12, The Klaw finally made his season debut on December 12 against the Dallas Mavericks. The Spurs played him on a minutes restriction and held him out of back to back games. On January 5, 2018, Leonard strained his left shoulder against the Phoenix Suns and missed the next three games with that injury.

Leonard returned to action on January 13, 2018 against the Denver Nuggets and scored 19 points in 28 minutes. Two nights after that, Leonard reportedly told coach Gregg Popovich that things didn't feel right. Popovich held him out of that game and days later, the San Antonio Spurs announced that they would be shutting down the former NBA Finals MVP for an indefinite period of time.

In a tweeted statement, Spurs General Manager RC Buford said that while Leonard had made significant progress and continues to move forward in his rehabilitation, shutting him down was the 'best approach for the next steps in his return to play'. Popovich denied that Leonard re-injured his quad and insisted that if they ( management ) were to err in their decision regarding their franchise player, they'd rather do so on the side of caution.

Despite the absence of Leonard, the Spurs have managed to stay afloat. San Antonio is currently sitting at 3rd place in the Western Conference with a 35-24 record. They have registered a 30-20 record without Leonard but are only 5-4 in the nine games that he has played for them this season.

In Leonard's absence, the team has stepped up. In particular, LaMarcus Aldridge has been impressive for the Spurs, especially considering that he had a rather disappointing 2016-17 season. For his stellar play, Aldridge earned All-Star honors this season.

Aside from Aldridge, the Spurs have gotten plenty of help from young guys like Kyle Anderson, Davis Bertans, Bryn Forbes and Dejounte Murray. San Antonio has also had to squeeze extra mileage from veterans like Pau Gasol, Manu Ginobili and Tony Parker to put themselves in playoff position.

In the 9 games that Leonard has played, he averaged a career low 23.3 minutes of playing time per game. He was all visibly rusty as he shot a career low .468 from the field and .314 from behind the three point line. Leonard's 16.2 points per game this season was also his lowest scoring average in three seasons.

A month ago, reports came out that Leonard's rehab had created a rift between him and the Spurs organization. The strain in the relationship reportedly came from the treatment, rehab and timetable of Leonard’s return from his right quadriceps injury. The same report claimed that Leonard and his camp were ‘distant’ and ‘disconnected’ from the organization.

Those allegations came as a surprise, because the Spurs have never had a similar incident in the past. Except for the time when Tim Duncan almost left for Orlando in 2000, the organization is well known for having strong relationships with their players, especially franchise players.

Spurs GM RC Buford denied the report and said that there was no issue between the team and Leonard. He added that all parties were working together to find the best solution to his injury. Buford admitted though that Leonard’s rehab ‘hasn’t been simple’ and that it hasn’t gone in linear fashion.

What makes Leonard’s case bizarre though is that Tony Parker suffered a similar and even more serious quadriceps injury during last season’s playoffs. Parker, who is nine years Leonard’s senior, has returned from the injury last November and hasn’t been suffering any issues.

Leonard is eligible to receive a five year $219M super max extension by the Spurs on July 1. Before the season began, there was no doubt that San Antonio was going to offer Leonard that deal and that Leonard would sign it. But with how this injury issue has dragged, that max contract extension has become several questions worth pondering.

Given the current situation, will the Spurs offer Leonard the super max contract this coming summer ? And if it is offered to him, will Leonard actually sign it and choose to remain with the Spurs until 2024? If Leonard doesn’t sign, will the Spurs trade him rather than lose him without getting anyone in return?

Only the Spurs and Leonard know the answers to these ( and more questions ). For now, San Antonio will have to earn their ticket to the playoffs. While they are ranked 3rd right now, the Spurs are only three games ahead of 8th seeded New Orleans, which means that a bad streak could easily push them down the playoff ladder.

18 of the Spurs’ final 23 regular season games will be played against teams with a record of .500 or better. This includes two games with the Golden State Warriors, two games with the Houston Rockets and one more match-up against the Cleveland Cavaliers. 10 of the game are against team ranked lower than them in the seedings but are separated by four and a half games.

This means the Spurs are very vulnerable at this point in time, especially now that they know that Leonard may not be returning to play this season. Remember that the Spurs were ahead by more than 20 points against the Warriors during Game 1 of last season’s Western Conference Finals only to lose that game after Leonard got hurt. The Spurs were eventually swept by the Warriors.

No question that San Antonio has always relied on their system more than any single player during their two decade run with Popovich. But without Leonard, they won’t pose as a real serious threat to anyone in the playoffs, not especially in the NBA’s ultra tough Western Conference.

Aside from the possibility of an early playoff exit, there is also a chance that the Spurs are going to collapse and miss the playoffs for the first time in 21 years, given their tough schedule for the remainder of the season. While that may be unlikely, that thought is also not unthinkable.