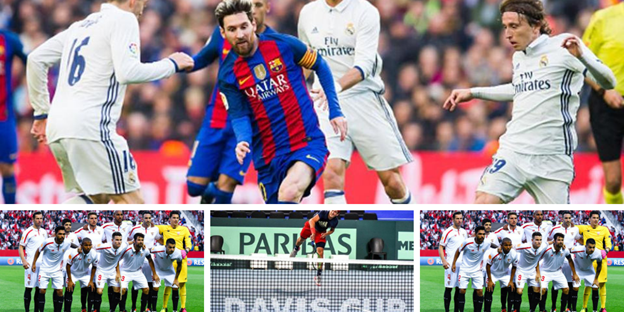 Football is one of the biggest sports in the world. Not only does it have millions of fans globally, but it’s also where millions of dollars flow. How? Well, through sponsorships! To share with you the exciting world of football, we’ve compiled some of the most interesting and recent sponsorships you need to know.

Relevent on the Verge of Gaining Media Rights for La Liga

La Liga, Spain’s top-flight football league, is on the verge of finalizing a deal that will solidify its grasp of the North American market. The league is in talks of a partnership with Relevent, a renowned sports marketing firm.

Though a planned La Liga game in the U.S. was recently scrapped due to strong criticism, it’s expected that the partnership will take shape in the next months to come, according to a report by SportsPro. The partnership was reported on early March to help La Liga improve its worldwide reach through social media, TV networks, and streaming platforms with the aid of Relevent.

Reports state that the venture will release 200 episodes annually. A regular match highlight will also be shared in social media after every game.

In line with this, Relevent will invest $10 million for the first three years. This initial investment will span the development of revenue sources from ads and sponsorships, ticket sales, and media rights. Profit would then be equally divided between La Liga and Relevent.

Aside from that, the Cyprus-based company will also be advertised at Ramon Sanchez Pizjuan Stadium’s LED boards and Sevilla FC’s digital and online channels. The deal will run throughout the remainder of the 2018/19 season.

There will also be an extension option, in case the two parties decide to continue collaboration next season. Georgios Karoullas, CEO of EverFX, said in a statement that the company is happy and proud to take part in this journey with an elite team like Sevilla FC.

They also believe that they can help with amplifying the team’s talent, and in the process, boost their confidence into dominating the league. EverFX’s sponsorship of Sevilla is the fifth deal the club acquired this season, following partnerships from Betfair, Nike, FC Energia, and Uber.

Who knew that football and tennis, two very different sports can go together? Well, that’s just what happened with La Liga, Spain’s top-flight football league, and the Davis Cup. According to reports, the Davis Cup has just gained a new sponsor for future top-tier tennis matches — La Liga.
The deal will span a total of four years and will compel La Liga to promote the Davis Cup in its international broadcasts in Asia, Europe, the United States, and in Latin America.
The deal was set in place to help the annual global tennis tournament to tap onto the Spanish league’s 2.7 billion viewers worldwide.

La Liga’s sponsorship duties started in February, just in time for the Davis’ Cup qualifiers. 24 countries will be battling it out for the 12 finals spots. The countries that have already qualified for the Madrid finals are France, Spain, Croatia, Argentina, and Great Britain.
ITF President David Haggarty said in a report that the partnership between La Liga and the Davis Cup is vital to the latter’s popularity and future. Not only will this widen their reach, but will also bring variation in the sports world.
He concluded by saying that this will bring football and tennis communities closer to each other.

CoinDeal, a renowned crypto exchange platform, has just finalized its partnership with English Premier League football club, Wolverhampton Wanderers.
Coindeal’s logo is now featured prominently on the official kit uniform of the team. A promotional video featuring the partnership between the two parties has also gone viral.
The video, which currently has around 400,000 views on YouTube, shows the numerous payment methods and fast verification of CoinDeal’s crypto platform.

A CoinDeal representative said that the partnership emphasizes the importance of football and cryptocurrencies in the world.
This is a huge marketing milestone for CoinDeal as the Wolves were recently promoted to the Premier League. Now, the team is attracting hundreds of millions of fans worldwide — just what the crypto exchange needs.

Conclusion
With all of these sponsorships happening in sports, it’s easy to say that football, together with tennis and other sports, have gone to new lengths. Not only is it becoming more popular. But it’s also bridging new sectors in our society to open up a world which promotes camaraderie and sportsmanship, with the help of football’s increasing importance.