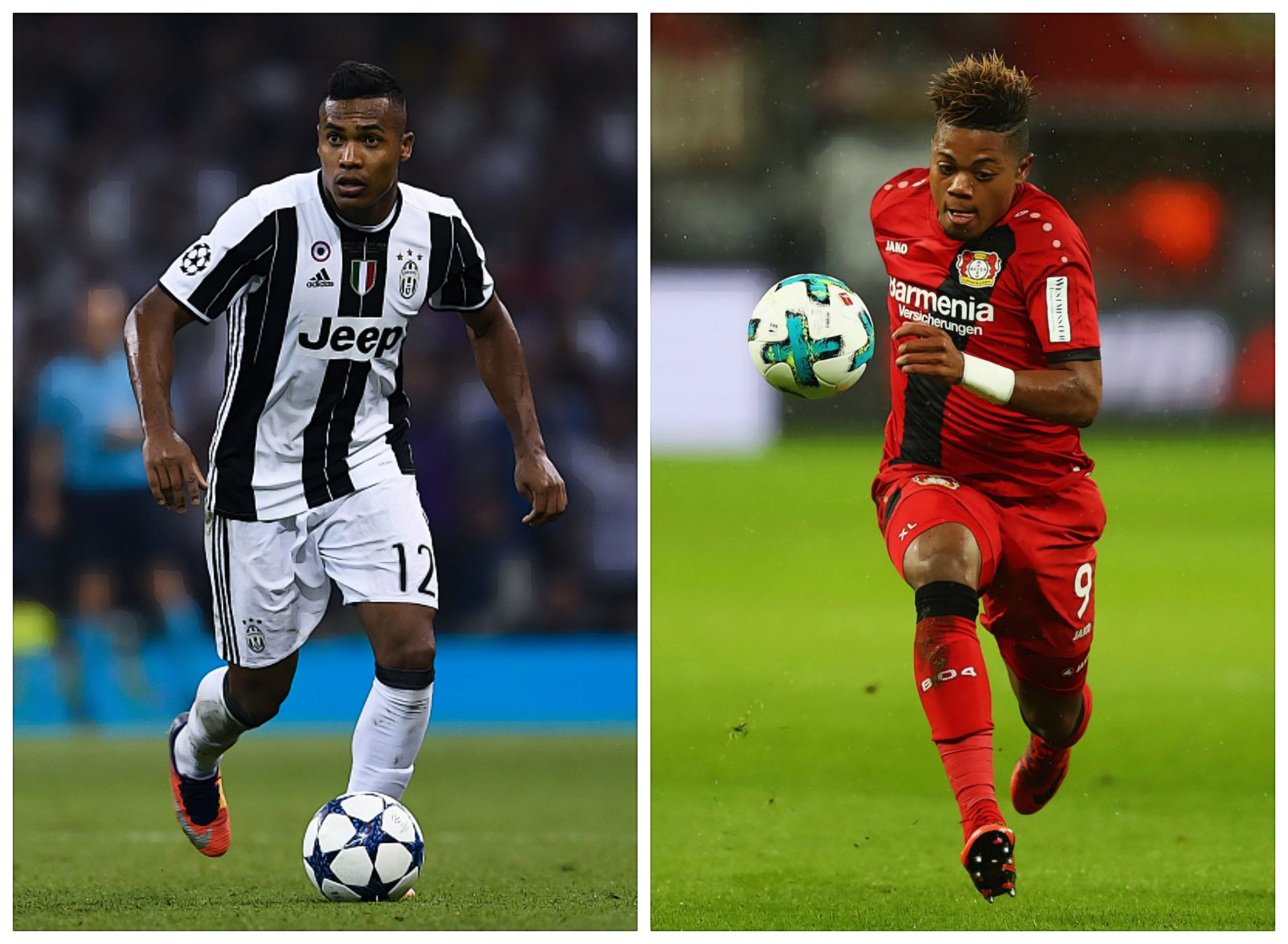 Alex Sandro and Leon Bailey to the Manchesters, Is it Possible?

Manchester City and Manchester United had been bitter of rivals since time immemorial. They’ve competed in the highest possible level year after year to win the Premier League trophy.

The two Manchester clubs are also on the top of the ladder this season, the City on top while the Red Devils on the second spot. Pep Guardiola’s side had already proclaimed victory, but can they win it again next season? Probably not.

Based on the looks of it, Jose Mourinho’s men are hungrier than ever for that taste of championship. The City has a humbler lineup compared to United’s Alexis Sanchez and Paul Pogba-led roster, but they’re arguably better when it comes to teamwork.

As what most sports analysts would say, it’s their connection that’s what enabled them to win this year’s title. However, Sanchez and Pogba won’t just let this pass by as they sure got a taste for vengeance next season. And with their elite skills, there’s no doubt they can make it.

That is, however, if Mourinho implements gameplays that will complement his players’ style of play.

It makes sense for these two clubs to get additional manpower, preferably those who've got star potential, clutch experience, and a great personality — Alex Sandro and Leon Bailey.

Manchester United is reported to continue the transfer signing of Alex Sandro of Italian club Juventus. Reports said that the deal would be finalized this summer transfer window to help improve the Red Devils' chances of winning in next season’s Premier League.

Samuel Luckhurst said in a statement in Manchester Evening News that Man United wants to strengthen their full-back options by adding a versatile and extremely agile player like Sandro.

22-year-old Luke Shaw who plays as the club’s left-back is expected to leave Old Trafford. Doing so will leave the position vacant for Sandro to fill in. Shaw hasn't been playing well in his past few games, and a move outside Old Trafford seemed like the best option for him to find back his rhythm.

Man United was previously interested with Tottenham defender Danny Rose, but the transfer restrictions like salary bargains and other personal reasons derailed the negotiations. Because of these, the progress slowed down, and in the process, made them realize that Sandro was the better option.

Kieran Tierney’s transfer rumors to Man United cooled down too as Mourinho wanted a more able and experienced left-back.

Also, Sandro had been reported to not be a part of the Brazilian squad for the FIFA World Cup this coming summer. This means that he can play full-time in the preseason games. He can also be a part of the club’s U.S. tour squad for the 2018-19 season.
For now, United’s remaining legit left-back is Luke Shaw who is now plagued with numerous injuries — the reason why he’s games are getting worse.

His form was lost, and his connection with the team on and off-field waned, causing Mourinho to put him often on the sidelines. Meanwhile, Ashley Young performed well in the wing-back, but falls short of versatility; a gap that Sandro can make up for.

Also, Ashley Young’s age is slowly taking a toll on him. He’s turning 33-years-old, and his pace is starting to slow down. Man United needs a long-term upgrade, someone they can trust in the next decade or so with minimal chances of sustaining injuries.
Well, Alex Sandro seems a good fit for that category.

Sandro is great defensively. He’s alert, tenacious, and very responsive to game changes. His attacking prowess is also excellent, and his deliveries are on point. In fact, Man United’s Twitter page believes that Sandro is the perfect guy for them as he would speed up their attacks and improve their follow-through accuracy.

He’s the man they need, the Twitter message implied.

Getting back to Shaw, it’s very clear that Mourinho doesn’t trust him at all. He’s deprived of minutes, placed in unfavorable positions, and wasn't credited for his small but useful contributions in the field.

Sports analysts believe that these have greatly stalled Shaw’s performance, and leaving Old Trafford seemed like the best option for him if he wants to save his career. It would then be a win-win situation for United as Shaw’s exit would mean Sandro’s entry to the team.

Sandro’s style of play is much similar to Mourinho’s gameplay strategies — long balls, deep dribbling, and strategic fouls. With this, it’s safe to say that Sandro is going to be one of Mourinho’s favorites, so let’s expect him to thrive once he sets foot on Old Trafford.

Then there’s the young Leon Bailey who hails all the way from Jamaica. The 2017-18 Premier League champions are reported to be interested in getting the Bayer Leverkusen winger this summer transfer window.

The price? A whopping €44 million.

He might be young, but he sure is jam-packed with serious talent. His previous games in the BayArena prove just that. Leon Bailey is regarded as one of the brightest young stars in the Bundesliga after scoring a record 12 goals and contributing six assists to Bayer this season.

It is a huge achievement because contributing this much to a team is downright impossible especially if you're still 20-years-old. It might be a matter of luck or coincidence, but it cannot be denied that Bailey sure has superstar potential.

According to a report by Goal, Bailey is one of Pep Guardiola’s interests for this coming transfer window, with the other being Kylian Mbappe. Initial reports said that Mbappe was their top priority because of his experiences in playing top-flight football in Paris Saint-Germain.

However, recent reports state that this is unlikely to happen due to undisclosed personal reasons. Also, the Red and Blues can easily buy the 19-year-old once his season with Monaco is through. With this, it makes sense for Guardiola to head to his second option — Leon Bailey.

Getting the Jamaican to the City is likelier to happen because of his current situation in Bundesliga. Heiko Herrlich believes in Bailey’s potential, but he just doesn’t trust youngsters that much.

Bailey’s playing minutes are still limited even if he brings out his best game after game. That isn’t good for him especially if he wants to improve.

The Etihad manager admitted that their quest for Premier League dominance is still cloudy because of their not-so-strong offensive line up.

The first thing that comes to mind in these kinds of situation is to shake up the squad and start from scratch. However, that's not what Guardiola wanted as that would just waste the progress they’ve made.

So what’s the best thing to do? Well, he said that he should just sign two key players this summer and fine tune them to their squad.

Reports said that Guardiola wants to get a new defensive midfielder and pair it with another new attacker. This way, they can efficiently space up their offense and speed up their drives and follow-throughs. This is just the kind of situation where Bailey fits in.

Alexis Sanchez was supposed to be theirs during the last transfer window. The same goes for Riyad Mahrez whom they were seriously interested in but still lost track after Leicester City's terms proved better.

And it still wouldn’t work if for some reason that they think of getting Mahrez to head to Etihad again. Why? Because he wouldn’t be able to cover for the aging Fernandhino. The 32-year-old is already overworked, and his efficiency in the back four had been waning since the season started.

The City even tried to lure Shakhtar Donetsk’s Fred early this year, but it still didn’t push through because of the expensive £50 million transfer fee. Now, it was reported that they’re also interested in signing Jorginho from Napoli and Julian Weigl from Borussia Dortmund. But then again, the chances are still lower compared to the young Leon Bailey.