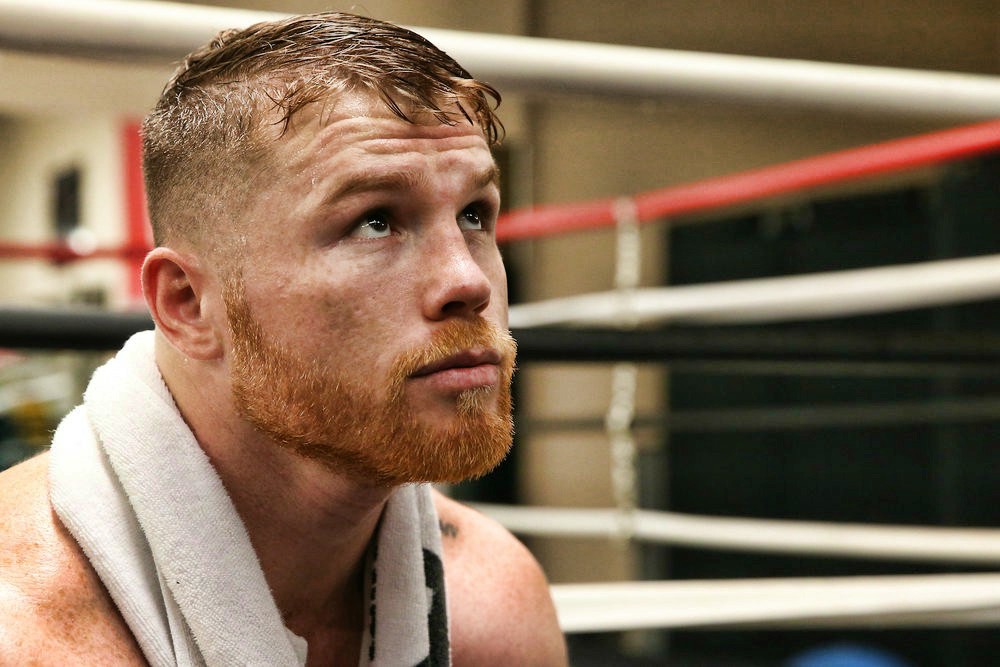 The highly anticipated rematch between middleweights Saul ‘Canelo’ Alvarez and Gennady “GGG” Golovkin got shook up on Monday after Alvarez had failed a random drug test conducted by the Voluntary Anti-Drug Association.

Alvarez and Golovkin had agreed to be randomly tested by VADA during their first bout and for the upcoming rematch on May 5, 2018. But while everything went smooth and well the first time around, their rematch could possibly be in jeopardy after traces of an illegal drug was found in Canelo’s samples.

In a letter sent by the VADA to the parties concerned, VADA President Margaret Goodman said that traces of the banned substance Clenbuterol showed up in Sample A of Canelo’s urine samples submitted on February 17 and 20. However, the statement added that the level of Clenbuterol found in Alvarez’s samples are similar of those that are the result of meat contamination which is not new in Mexico, where Alvarez is currently training. Said Goodman’s statement:

“ This morning, I spoke with Dr. Daniel Eichner, Director of SMRTL. He indicated: ‘These values are all within the range of what is expected from meat contamination. Further investigation is needed to make a final determination. I have also spoken with NSAC Executive Director Bob Bennett this morning, who also spoke with Dr. Eichner. I understand that the current plan is to continue testing Mr. Alvarez so that the Nevada State Athletic Commission can make a final determination. “

The statement also added that Alvarez has the right to ‘promptly request the analysis’ of his B samples but at his expense. For his part, NSAC Executive Director Bennett said that at the moment, there is nothing that will stop the mega rematch from happening but he also added that he isn’t concluding that it will stay that way either:

“As of right now, it’s on,” Bennett said about the fight. “I’m not determining that it will stay that way. We’re still doing the investigation. There’s a litany of things that still need to be done for us to (make a ruling). We’re not really at a position to make that determination at this point.”

Golden Boy Promotions, which handles Canelo Alvarez, also issued their statement on Monday. They pointed the blame, as everyone expected, on contaminated meat from Mexico:

"As part of the voluntary testing program that Canelo Alvarez insisted on ahead of his May 5 fight, one of his results came back positive for trace levels of clenbuterol, consistent with meat contamination that has impacted dozens of athletes in Mexico over the last years,"

Alvarez isn't the first Mexican boxer to claim contaminated meat as the culprit of a failed drug test. In 2012, legendary Mexican boxer Erik ‘El Terrible’ Morales tested positive for clenbuterol ahead of his rematch with Danny ‘Swift’ Garcia in New York. The fight pushed thru and Garcia proceeded to send Morales to retirement via 4th round knockout.

In 2016, then WBC super featherweight champion Francisco 'El Bandido' Vargas was also flagged for clenbuterol prior to his first title defense against countryman Orlando Salido in California. That fight also went on as planned with Vargas and Salido battling to a raucous majority draw in a war what became the 2016 Fight of the Year.

For his part, Canelo said he was embarrassed by the result. This is the first time in his career that the Mexican superstar has failed a drug test. Alvarez has been a strong advocate of random drug testing. He has voluntarily undergone random testing by the U.S. Anti-Doping Agency or VADA in his last dozen fights dating back to his 2012 victory over Shane Mosley. Said Alvarez in a statement:

"I am an athlete who respects the sport and this surprises me and bothers me because it had never happened to me. I will submit to all the tests that require me to clarify this embarrassing situation and I trust that at the end the truth will prevail."

" He's been tested many times and never had findings, nothing. And every fight, they test him 10, 15 times, at least a dozen times. This is something that Canelo insists on it, we're confident that everything is going to be fine."

Waiting For The Investigation

Alvarez’s opponent, Gennady Golovkin, has refused to make a statement on the matter. According to Triple G’s promoter Tom Loeffler, they are waiting to hear more from the NSAC before making a comment on the issue. Said Loeffler to ESPN:

"We're not really going to comment until we get more detail from VADA and the commission. We'll reserve comment. But Gennady has always insisted on VADA testing for any of his fights. He punches so hard that [trainer] Abel [Sanchez] wanted nobody to have any doubt about his training program. Gennady feels very strongly about a clean sport and level playing field for both guys. He can't comment on this test specifically, but that's his position. It's premature to say anything more without knowing all of the details."

Clenbuterol is a steroid typically used to treat asthma and other breathing disorders but is also used a weight-loss aid because it boosts metabolism and burns fat. It is also said to increase muscle mass. Because of these, it is considered a performance enhancing drug by the world's top doping agencies.

The World Anti-Doping Agency (WADA ) issued a warning about contaminated meat in China and Mexico way back in 2011 while the National Football League sent out a notice to its players two years ago. The NFL memo came one season after current Seattle Seahawks left tackle Duane Brown ( then playing for the Houston Texans ) tested positive for the drug after a trip to Mexico during which he claimed to have eaten Mexican beef. After an investigation, Brown avoided a 10 game suspension but his case became a precautionary tale for other NFL players.

Rematch Is On, For Now

But while Brown and Mexican boxers Morales and Vargas avoided being penalized, Aussie heavyweight Lucas Browne was stripped of the WBA ( regular ) heavyweight title and suspended for six months after testing positive for clenbuterol in 2016. Browne failed a drug test after his dramatic 10 round knockout of Ruslan Chagaev, in the bout that won him the secondary world title.

Browne denied taking any banned substance and insisted during his defense that it was even he who asked to be tested by VADA. Further, Browne claimed that as a heavyweight, there was no logical reason for him to use clenbuterol because he didn't have to lose weight. Still, Browne got the axe and was put on the freezer for six months following the incident.

It remains to be seen how this incident is going to affect the fight and Canelo Alvarez in general. As for now, the rematch is on pending result of the upcoming investigation by the Nevada State Athletic Commission. Like Golovkin’s camp, everyone’s hoping that nothing adverse will come out from the probe. Else, boxing may lose one of its most highly anticipated rematches in decades.