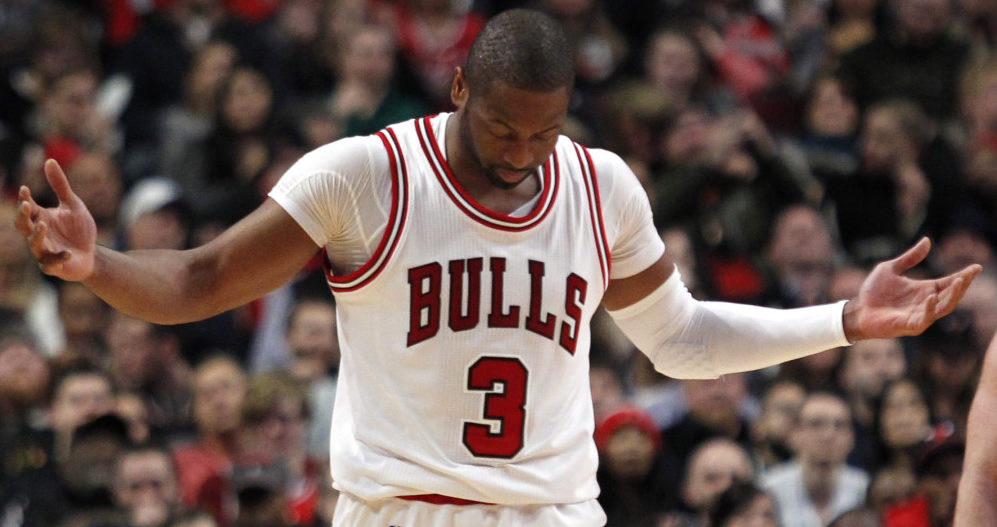 Cavs Back in the Arms Race With D-Wade Signing

Dwyane Wade’s homecoming in Chicago was short lived. After just one season, the veteran guard is on the move once again.

The Chicago Bulls and Wade came to terms on a buyout on Sunday, making made a free agent before the start of the 2017-18 NBA season. Under the buyout, Wade gave up part of his $23.8M salary for 2017-18 in exchange for his ‘freedom’. On Tuesday, Wade agreed to sign a one year deal with the Cleveland Cavaliers worth the veteran’s minimum of $2.3M, putting Cleveland right back in the tight arms race of the NBA.

Wade came to the Bulls last season after 13 seasons as the franchise player of the Miami Heat. Wade helped the Heat win three NBA titles but after not being offered the max salary, he decided to leave South Beach and join his hometown Bulls. 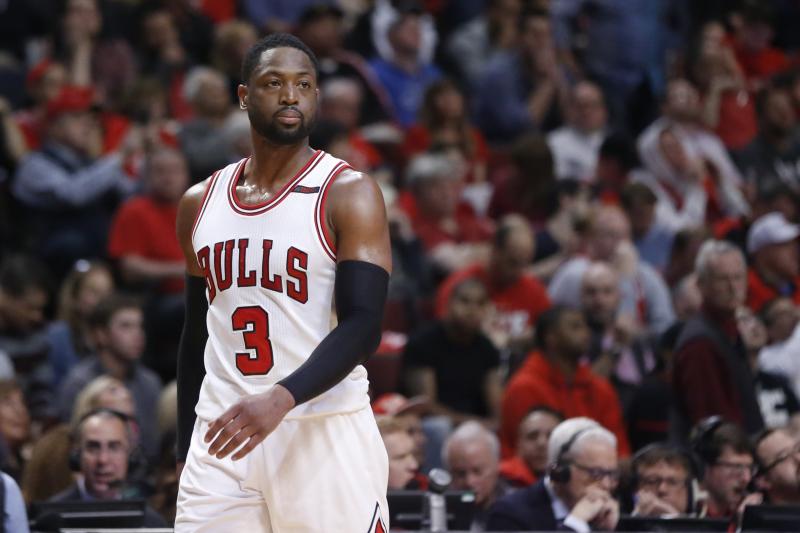 Wade turned down a two year deal worth $52M from the Denver Nuggets to sign a ‘lesser’ $48M contract with his hometown Bulls. The decision to head home to Chicago came after D-Wade and his team had meetings in New York with the Nuggets, Milwaukee Bucks and Miami Heat. The Bulls did not join those talks but managed to convince Wade to ‘go home’.

The lure of ‘going home’ was tantalizing for Wade, not to mention the extra $8M he would be pocketing if he signed with the Bulls. The Miami Heat only offered Wade a two year deal worth $40M and that wasn’t enough for a franchise player who had taken several pay cuts in the past when Miami chased other high profile free agents.

Dwyane Wade sacrificed money so the Heat could form a Big 3 with LeBron James and Chris Bosh in 2011. Again, he left a lot of money on the table when he opted out of his contract during the summer LeBron left for Cleveland. 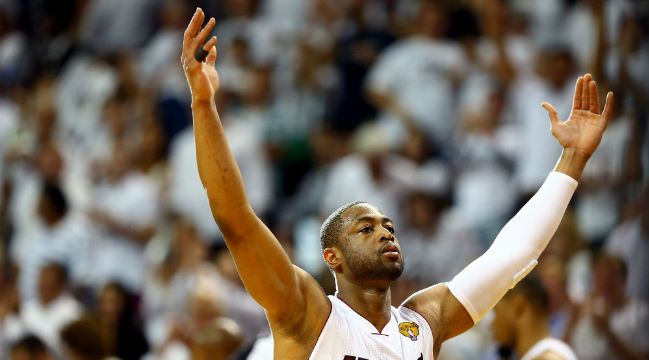 The Bulls got off to a rousing start with their new look team. Dwyane Wade scored 22 points in his Bulls’ debut as Chicago defeated the Boston Celtics 105-99 during their opener. But that was as good as it would get. Chicago would start 8-4 but they never really got going.

The team never won more than four games during the entire season and after a five game losing skid in March, it seemed that they would miss the playoffs. Chicago would finish the season an even 41-41, an underachievement for a team with its talent. They barely made the playoffs, getting the 8th and final spot in the East by virtue of owning the tiebreaker against Wade’s former team, the Heat.

The Bulls finally looked like the team they were supposed to be when they took a surprising 2-0 lead over the top ranked Boston Celtics in round one of the playoffs. But the Celtics won the next four games to become only the 18th team in NBA history to win a 7-game series after falling behind 0-2.

Alienated From The Team 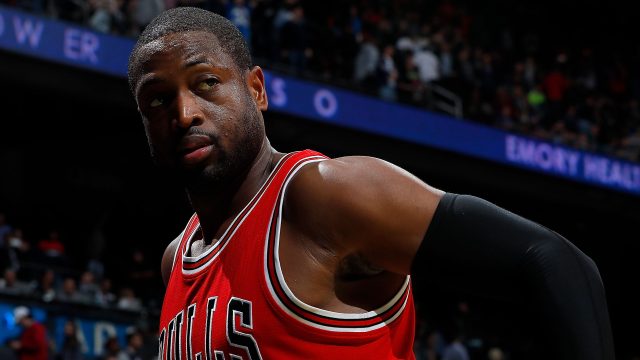 Wade’s lone season at Chicago wasn’t the one that the Bulls expected. They thought they brought in a leader who could unite the team after a tumultuous first season under Fred Hoiberg. They thought Wade would help mold Jimmy Butler into the face of the franchise. Instead, the opposite happened.

After a January 25 loss to the Atlanta Hawks, Wade called out his teammates and questioned their desire to win. This led to a fallout with Rajon Rondo after the latter ripped Wade and Jimmy Butler for handling the situation:

A team meeting two days later was supposed to mend fences. But the other players on the team were angry at Wade for calling them out publicly. Wade became closer to Butler and the two formed an ‘alliance’ which at times alienated them from the rest of the team. The other players turned to Rondo for leadership. The team was never the same again. 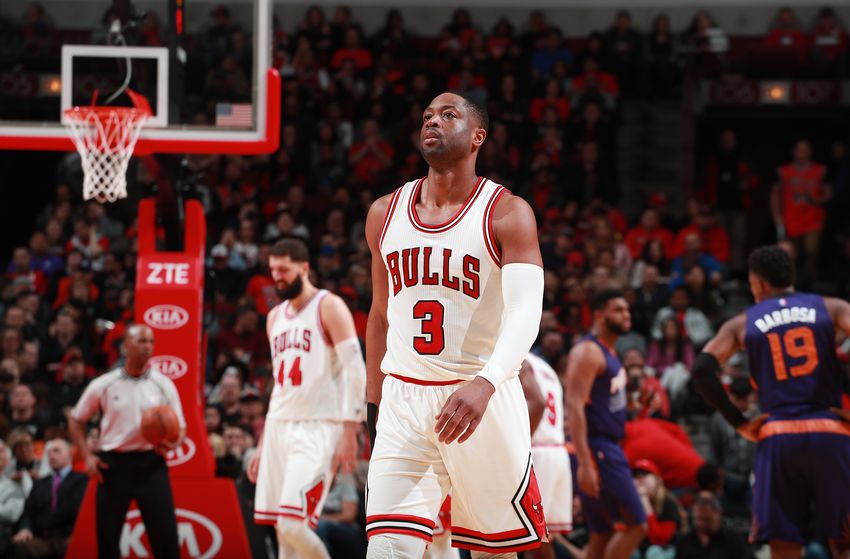 Shortly before the 2017 NBA draft, Dwyane Wade informed the Bulls that he would pick up the $23.8M player option for the 2017-18 season. It was speculated that Wade opted in because at age 35, he would not get the same amount of salary if he tested the free agent market.

But the Bulls traded Jimmy Butler on draft night, signalling that they were moving on and headed for a rebuild. Bulls VP for Basketball Operations John Paxson said that the team had made a decision ‘to change direction and define their path’. That direction was going younger and the path was towards a rebuild.

With Wade not wanting to be part of a rebuild, it became imminent that the Bulls would have to part with him. Because of his salary, a trade was near impossible to make. Hence, the only option was a buyout. The Bulls were amenable to that, but only if Wade took a pay cut. So when D-Wade agreed to leave $8M on the table, the Bulls let him go.

Back in The Arms Race 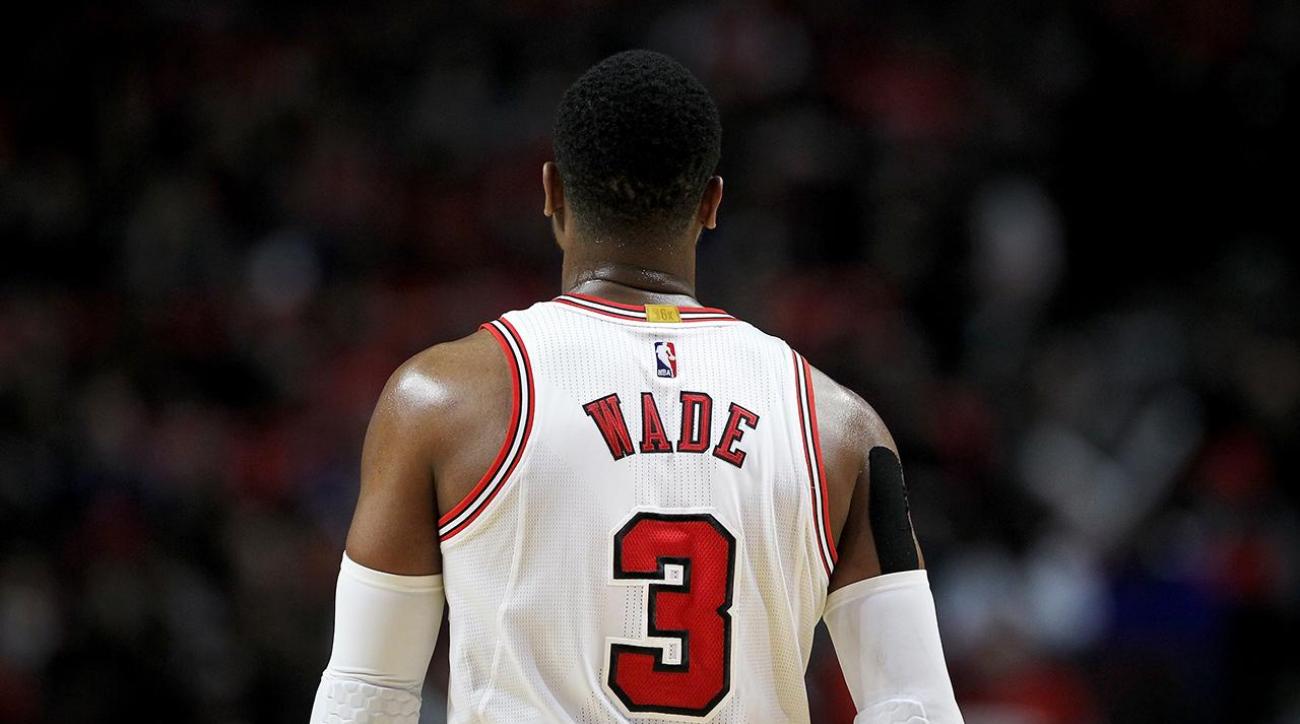 The buyout paved the way for Wade to sign with a contender and chase a fourth NBA title. Teams like the San Antonio Spurs, Miami Heat and OKC Thunder were also rumored to have courted Wade. Even the Golden State Warriors also reportedly reached out to Wade. In the end, Wade chose the Cavaliers.

LeBron James left Cleveland to join Wade ( and Chris Bosh ) in Miami in 2011. Now, it seems Wade is returning the favor. LeBron helped Wade win back to back titles in Miami. Now D-Wade may be repaying the act by choosing LeBron over everybody else.

The Wade of old is forever gone but the old Wade is still a force to be reckoned with, at least that’s what we saw in 2016-17. D-Wade averaged 18.3 points, 4.5 rebounds and 3.8 assists per game in his 60 games with the Bulls last season. Considering that he played a career low 29.9 minutes per game and that he was 35 years old last season, Wade’s numbers were still impressive. Whether he helps bring a second title to Cleveland is another story. But after losing Kyrie Irving to the Celtics, the Cleveland Cavaliers are definitely back in the arms race.