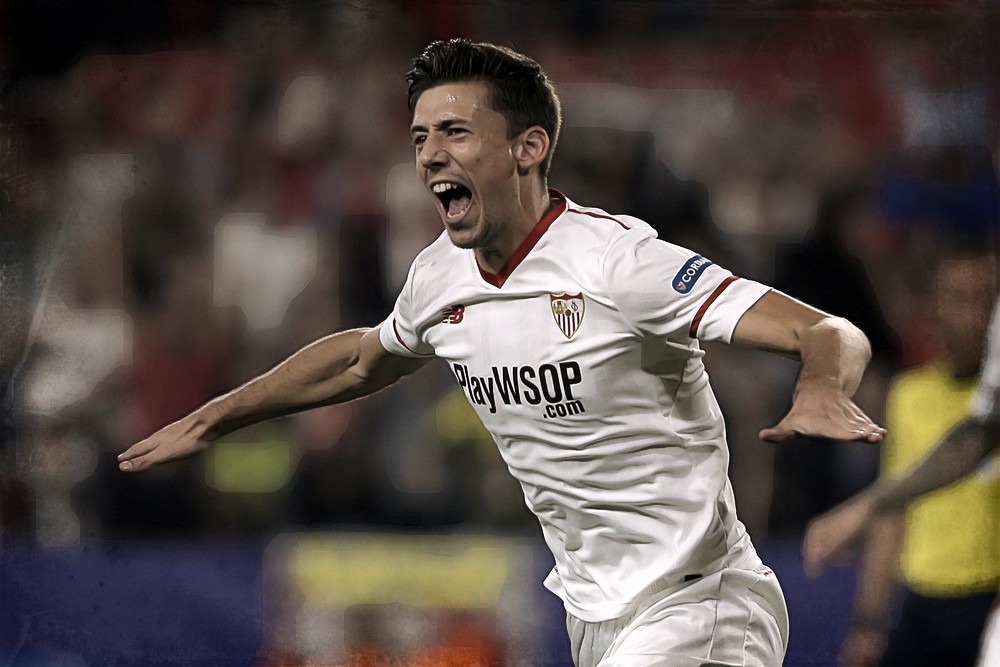 Young superstar Clement Lenglet has been on the radar of Europe’s top clubs for quite some time. He now needs to choose a club as a transfer clause is highly probable. Will the club be Barcelona or Liverpool?

The Spanish La Liga is closing in on its final matches as Barcelona stays atop the rankings. The Barcas might be no. 1 in Spain’s finest league, but that doesn’t assure they’ll always be at the top.

What better way to ensure their grasp of power than by getting some talented fresh legs to the club? One of the youngsters they’re eyeing is Clement Lenglet, a defender playing for Sevilla. The 22-year-old had been phenomenal this season after contributing greatly to the Sevillista’s defensive end.

Most believe that this is Lenglet’s year as he made it as a starting lineup as a center back defender. He might lack experience, but his passion for improvement has been pretty clear these past few months. In fact, he played for all 48 games for the club throughout the season, all of which are considered as great games for him.

He even found the net’s back for four times — a huge feat that most newbies would find hard to accomplish. He indeed proved to Vincenzo Montella that he got the makings of a superstar albeit his age. Even his mates at the Ramon Pizjuan were surprised to see the underdog blossom this season.

What makes things even more interesting is that this is the Frenchman’s first season with Sevilla He had been acquired through a transfer deal from French club Nancy during the 2017 transfer window.

It was a slightly expensive £4 million transfer deal, knowing that he’s still 22-years-old and hasn’t proven much yet. It turns out that his transfer was the break he was waiting for as he debuted into international fame upon joining the Spanish club.

It was a new environment for him, but nonetheless, he still managed to survive and even thrived. His contract will expire in 2021 and has a £26 million buyout clause.

So what’s up with Barcelona’s interests with the young man? Well, it has to do with their current lineup, specifically at the center back positions. Gerard Pique’s age is slowly taking a toll on him, Javier Mascherano recently left the club hanging, while newly signed Yerry Mina’s performance is less than overwhelming.

The Barcas seem to rely too much on Lionel Messi too. In fact, sports analysts believe that their over-dependence on their captain is the reason why they were eliminated from the Champions League semi-finals by Roma.

Meanwhile, the 24-year-old Samuel Umtiti is rumored to leave the team this coming transfer window. With these, it's easy to say that the Barcas need serious help at their back-end, and Clement Lenglet seems to be the man they’re looking for.

Reports said that Ernesto Valverde wants to strengthen their back line with the addition of a new center back. Knowing that Valverde prefers young men who have potential to shine over veterans, it’s possible that he’ll do his best to get Lenglet to the club.

On the other hand, Lenglet will undoubtedly accept Valverde’s offer, that is if his demands are met. We can assume that he’s going to ask for a generous salary, perhaps one that’s even higher than Yerry Mina's £3.2 million paycheck per season. That, however, makes perfect sense especially that he’s got more potential than the 23-year-old Colombian.

The transfer is possible even though there is still no official confirmation that it will happen. Mina is currently struggling at the center back position, and he needs some serious help at the back line. It would be much better, though, if he gets a replacement.

With Valverde’s witty decisions, it’s safe to say that an exit will happen and Mina will vacate his position for Lenglet’s arrival. Signing a new defender this summer is necessary for them to continue their dominance in the La Liga.

Yes, Lenglet’s got multiple clubs to choose from, but if ever Valverde and crew persuades the talented youngster, then that’d be a done deal for them. Barcelona’s chances of winning next year’s title would surely be sky high once Lenglet sets foot at Nou Camp.

Meanwhile, on another part of Europe, there lies a club that's also actively pursuing the Frenchman. Liverpool, who's currently at the third spot of the Premier League rankings, is looking for a solution to Joel Matip and Dejan Lovren’s issues at the back end.

The two might have performed great in seasons past, but with this season? Nah, they’re plagued with numerous issues on and off-field. Because of this, the Reds need to shake things up, and Jurgen Klopp thinks that Clement Lenglet is the guy they need to replace the underperforming players.

Ragnar Klavan might be contributing great defense to the team, but he's turning 33 this October, not a good thing for a man whom you're going to rely on most of your defensive end to. Then there's Joe Gomez, a young man who's shown enough potential to get him some respect at the Anfield.

Unfortunately, his skills and talent haven’t proved much yet. It’d be wise for Klopp to add another center back to ensure that they get things right next season. Unfortunately, the chances of getting the French defender is slim knowing that the club isn't doing pretty well in the Premier League.

They might be ranked third, next to the two Manchester greats, but they’re still out of championship-contention, which is what the young man wants to be in. Also, think of playing for Barcelona or Liverpool. You’ll surely choose the Barcas, right?

First off, they’re dominating the La Liga. Second, you’ll be playing with the world’s best player, Lionel Messi. Third, Philippe Coutinho’s got your back. The list of reasons why Lenglet would snub Klopp’s offer isn’t hard to comprehend.

The 22-year-old contributed greatly to the club’s successful campaign in the Champions League, even bringing Sevilla past the quarter finals. One of his biggest achievements was during the 3-3 draw against English powerhouse Liverpool, as well as their 2-1 victory over the Premier League’s no. 2, Manchester United.

He also made record as the first Sevilla player to play the longest in a season. Having spent over 4,000 minutes in the field shows he’s got the endurance to go head-to-head with the top clubs in Europe.

Liverpool sure wants to have a player like him play at Anfield. But then again, that isn’t likely to happen because there’s Van Dijk. The Reds center back will have a hard time playing with Lenglet as the Frenchman will just steal his position. The essence of support will be lost if this is the case.

Also, Lenglet is a left-side defender, the same as Van Dijk. What Liverpool needs is to strengthen their right-side defense. Putting Lenglet in that position wouldn’t help at all as it would just mess up their defense. Their left side defense might be strong, but their right side would be open to attacks. No one wants that for sure.

With all these being said, we can all see that Lenglet’s best decision would be to choose the Barcas over the Reds. The reasons all make perfect sense. If Lenglet wants to improve his skills further and solidify his status as one of the elite players in Europe, then playing on Messi’s side would be the wisest decision.

The defender is great at tackling and ball concentration, just the kind of skills that Valverde wants in the team. He also follows a proactive approach to his games, which is another good sign that he’ll fare well with Valverde.

The 54-year-old Spaniard prefers conservative gameplays, which in this case, is what Lenglet also does. It seems like all these are a coincidence, but it's just one way of saying that the youngster is a perfect fit for the Barcas.

Knowing that he’s still young, there’s no doubt that he’ll take Messi and Coutinho’s leadership seriously, and might even follow their footsteps. Who knows? He’s got a lot of potential, right? Being just 22-years of age and having accomplished great things that even his peers have a hard time achieving, it’s safe to say that he’ll be one of the legends in the future.

That is, of course, if he continues his excellent performance in the next decade or so.