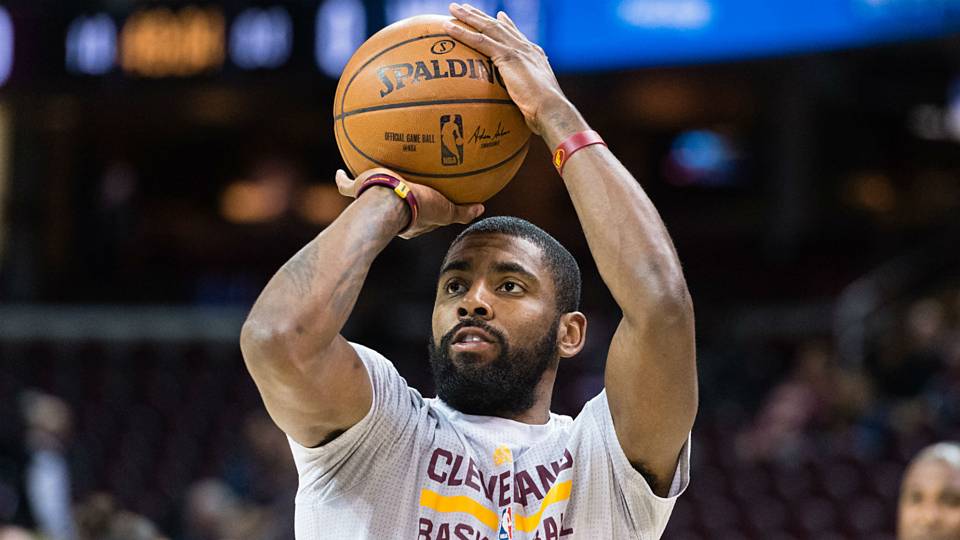 Did the Celtics Give Up Too Much For Kyrie Irving?

The Celtics landed Kyrie Irving on Tuesday but in doing so, they gave up three players and a future first round pick. In Irving, Boston got one of the best guards in the league but did they give up too much to get him? 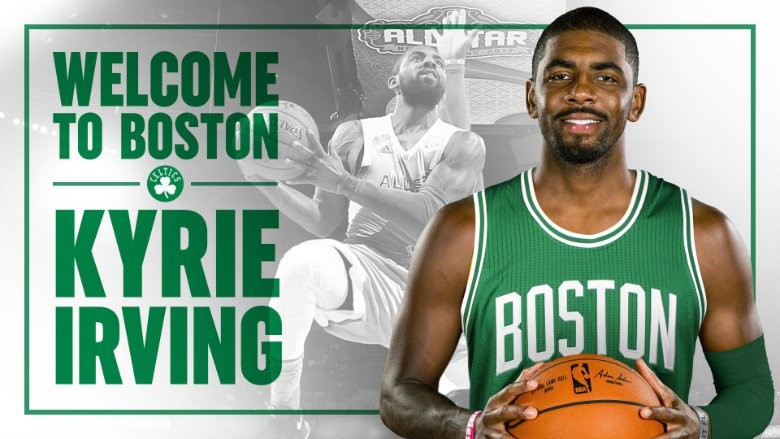 On Tuesday, officials from the Cleveland Cavaliers and the Boston Celtics announced a blockbuster deal that sent Kyrie Irving to the Celtics. In return, the Cavaliers received Isaiah Thomas, Jae Crowder, Ante Zizic and the Brooklyn Nets’ unprotected 2018 first round pick.

It can be recalled that Irving requested for a trade during a July meeting with Cavs’ team owner Dan Gilbert. During the meeting, Irving reportedly told Gilbert he wanted out of the ‘Land’ because he wanted to play in a situation where he was the focal point and that he did not want to play with LeBron James anymore.

An interesting fact in this trade is that Kyrie Irving was the first overall pick in the 2011 NBA Draft and Isaiah Thomas was the final pick of that draft at #60. Seven years later, #1 gets traded for #60 and if you take a look at their career numbers, there isn’t much difference at all between these two All-Star guards:

If we compare them using their averages based on Per 36 minutes stats, Thomas is even better than Irving in some statistical categories:

Last season, Isaiah Thomas led the Eastern Conference in scoring at 28.9 points per game. That scoring average was only behind Russell Westbrook’s 31.6 and James Harden’s 29.1. But he did so as the focal point of the Celtics’ offense. Irving meanwhile, shared the offensive load in Cleveland with LeBron James.

If we go by their production, Kyrie Irving and Isaiah Thomas are almost identical. Why then did the Celtics give up more assets for Kyrie Irving? 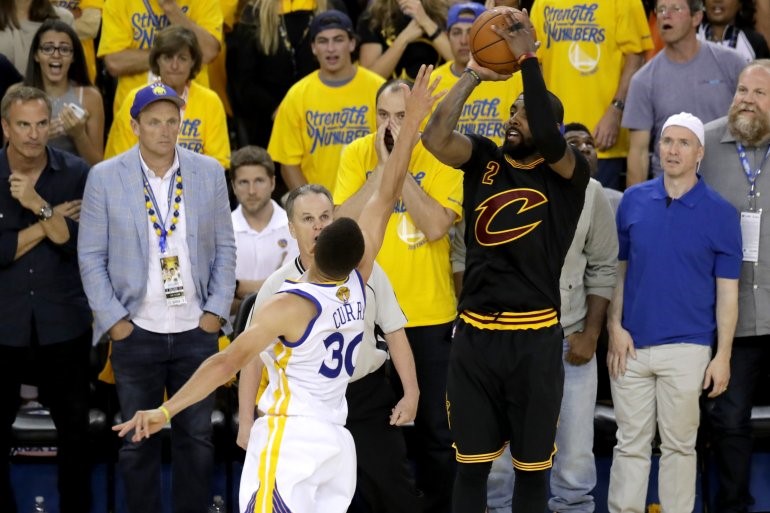 Both Kyrie Irving and Isaiah Thomas have made the playoffs in three of seven NBA seasons. In fact, both have made the playoffs in the last three NBA seasons. The only difference is that Irving has made it all the way to the Finals in all three playoff appearances while the Celtics have made it past Round 1 only once and that was last season when they made the Eastern Conference Finals ( and eliminated by the Cavs ).

If you take a look at their playoff totals, there is a massive difference between their numbers. That’s because Kyrie has played in twice as many playoff games as Isaiah. That’s a ton of playoff experience for a six year NBA veteran, really. And that’s not even counting the number of Finals games he’s played.

This is where Irving has the big advantage over Isaiah Thomas. He’s played in the Finals the last three years and he won an NBA title in 2016. The Celtics haven’t made the Finals since 2010 and haven’t won the title since 2008. Sure, Isaiah Thomas has proven himself in the playoffs. But Irving’s won it all before. 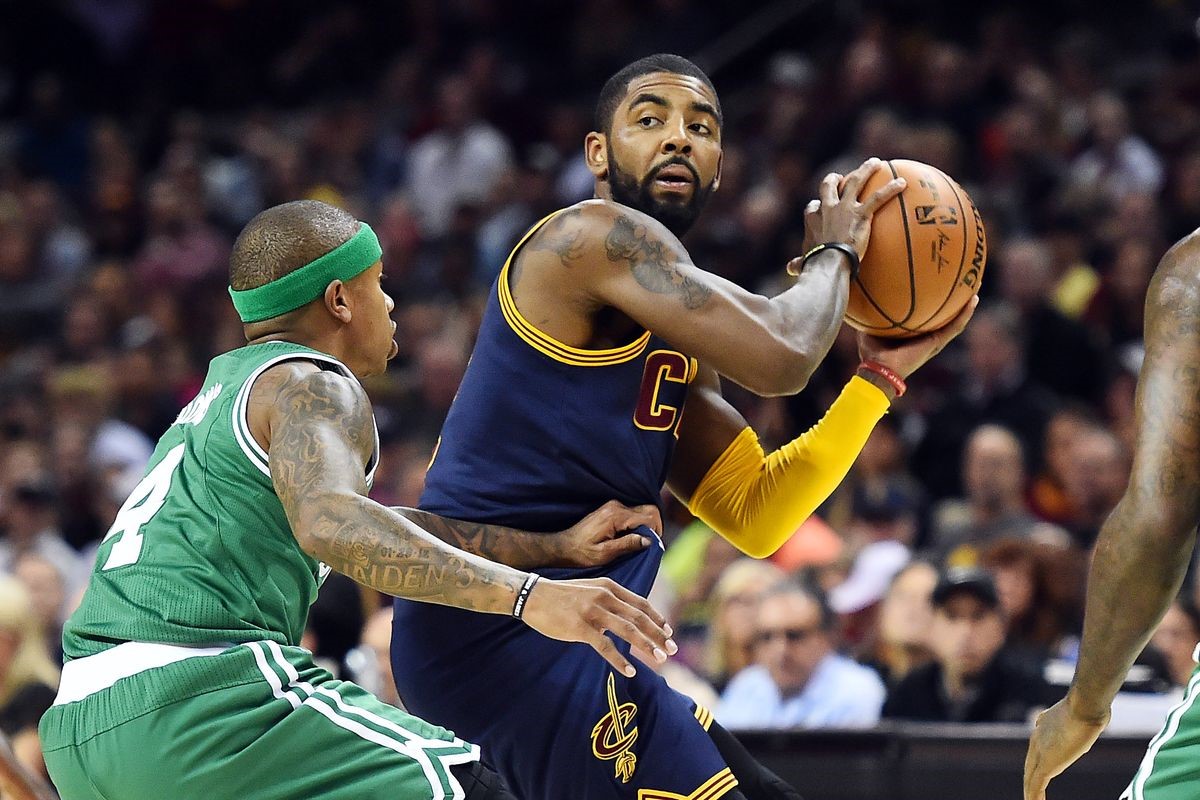 What makes Kyrie Irving’s achievements more impressive is the fact that he is only 25 years old. That’s scary because he’s not even near his athletic prime yet. Thomas meanwhile is older by three years at 28. That three year age gap may also have been a factor. They were drafted on the same year but, injuries aside, Irving has more years ahead of him than Thomas.

Height has never been a hindrance for Thomas but in Irving, the Celtics are getting a point guard who is six inches taller. Irving isn’t an excellent defender but at 6-3, opposing guards won’t shoot over him or post up as easily as they did against the much smaller IT. Not that Thomas was a defensive liability but he was last among 81 PGs in Defensive Real Plus Minus, an estimate of a player’s on-court defensive impact.

Both have had injuries in the past and have missed a considerable number of regular seasons games because of injuries. But currently, Kyrie is 100% healthy while IT is coming off a hip injury which played ‘some’ part in this trade.

Thomas suffered a hip injury which caused him to miss three games in the Eastern Conference Finals. Celtics’ coach Brad Stevens recently said that he’s unsure whether IT will be healthy for training camp. Celtics’ GM Danny Ainge even went further, saying Thomas may not be ready at the start of the season. 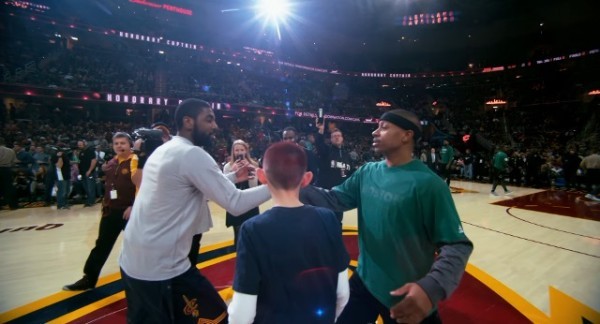 Salary-wise, Irving is owed $60M for the next three years. Thomas meanwhile will only count for $6.2M on Cleveland’s books. A bargain for the Cavs? Not really. Thomas is in the final year of his existing NBA contract. He will be a free agent next season and will be demanding for a max contract. 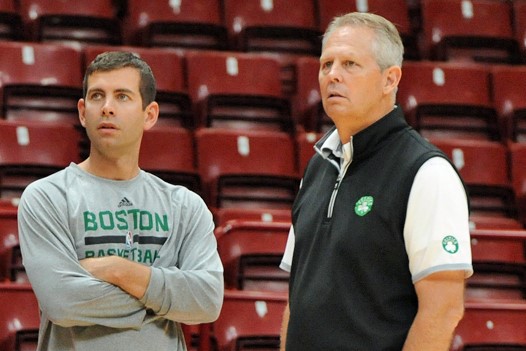 With the changes that they’ve made during the offseason, there are only four players left on the Celtics’ team which won an Eastern Conference best 53 games last season. Only Marcus Smart, Terry Rozier, Jaylen Brown and Al Horford will be back when the Celtics try to dethrone the Cavaliers in the East.

When the Celtics signed Horford, people knew they were going to get better. But only few believe that he is the transcendent talent who can take Boston to the next level. Same thing when they bagged Gordon Hayward this summer. Like Horford, Hayward is a legit All-Star and excellent basketball player. However, he isn’t going to be the guy who will take the Celtics to the land of promise. But Kyrie Irving is different. He’s a 25 year old four-time all-star who’s made the finals three times, won the championship in 2016 and did so by hitting the biggest shot in the history of Cleveland basketball. That’s pretty special. And that’s what makes Kyrie worth the price the Celtics paid.