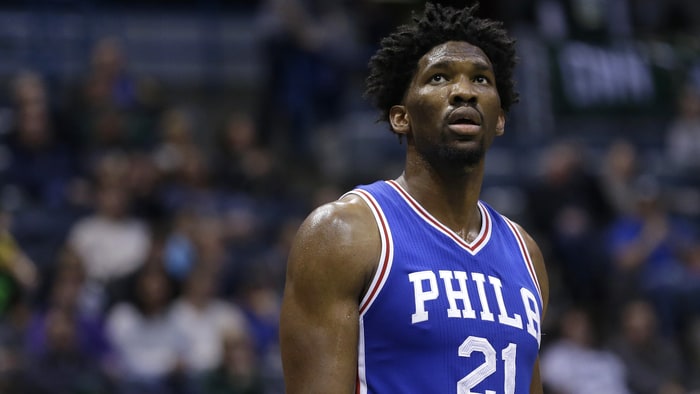 When 2K Sports released its player ratings for the NBA 2K18 video game, Joel Embiid was among the players who protested his rating.

Embiid was one of the most promising players during the 2016-17 season. The former 3rd overall pick of the 2014 NBA draft had an auspicious debut season for the Philadelphia 76ers, averaging 20.2 points, 7.8 rebounds, 2.1 assists and 2.5 blocks per game. Because of that, Embiid felt that his 2K18 rating should’ve been a 95. Instead he ‘only’ gor an 86 from the game developer. Durability was the likely culprit.

Now, Embiid’s health is the talk of Philadelphia again after the Cameroonian recently admitted that he won’t be able to play all 82 games of the upcoming season.

“If I could play 82 games, I would,” Embiid said Monday at Sixers media day. “But I’ll be honest, I don’t think I’ll play 82 games. That’s not happening … I’m just focused on my path to being back on the court.”

Back on the court is where the Sixers need Joel Embiid to be. 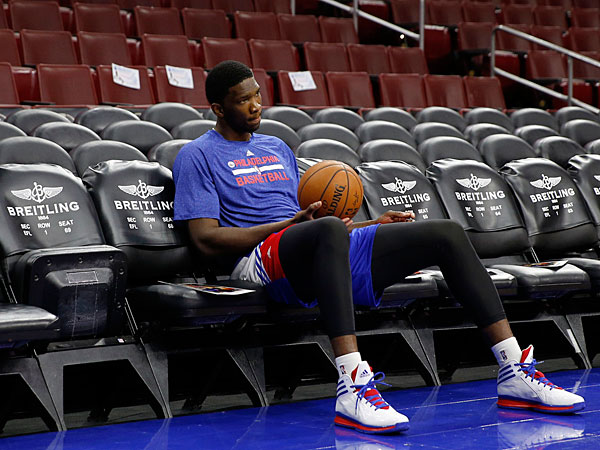 With Embiid at helm, the Sixers won 28 games last season, an 18 game improvement of their previous year record and their most wins since the ‘Process’ era. But Embiid’s season ended early with a meniscus tear in his left knee. He had missed his first two seasons due to foot problems.

Embiid didn’t play a game after January 27, 2017 and was shut down by the team in March. Not only did Embiid appear in just 31 games last season but he also played with minutes restriction. Embiid averaged only 25.4 minutes per game of playing time last season because the Sixers didn’t want to push him right off the bat after his foot injuries. 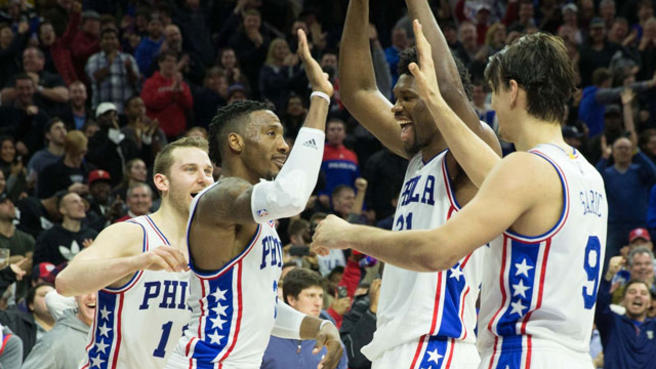 Because of his minutes limitation, the most number of minutes that Joel Embiid played on a five-man combination was for a total of 114 minutes. This was with Robert Covington, T.J. McConnell, Nik Stauskas and Ersan Ilyasova. Now that five man line-up was also the most used five-man combination by Coach Bret Brown during the 2016-17 season.

If we compared that Embiid-led five to the best five man line-ups in the NBA last season, it would be ranked 19th in terms of point differential per 100 possession. Considering that the Warriors and Rockets have thre while the Cavs,Bulls and Jazz have two entries each to the list, then only 11 other teams had a better five man line-up in the league last season. 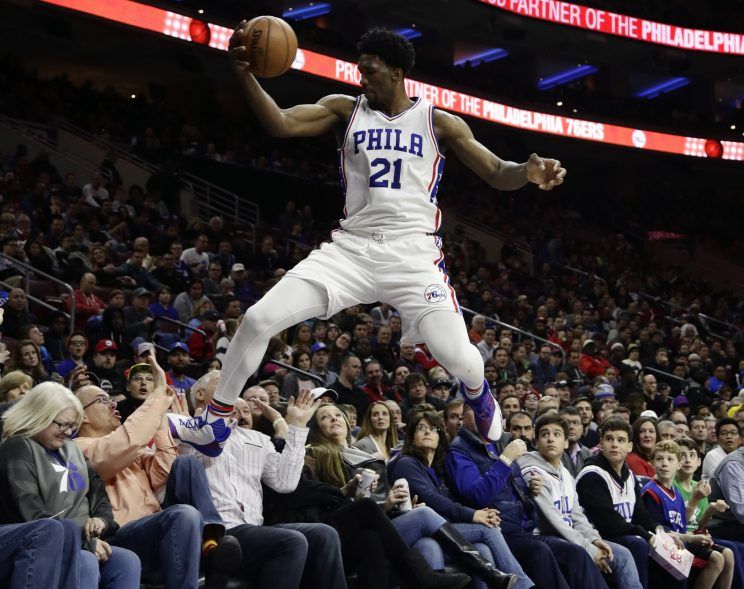 However, we’re only talking of playing 114 minutes together. Could the numbers have been the same had Embiid played more minutes? Perhaps. But the point is that when Joel Embiid was on the floor, the Sixers were a very much better team. Here’s one more proof:

If we take out Embiid from that five-man line-up, the four-man combination of Covington, Ilyasova, Stauskas and McConnell played a total of 311 minutes together. That was the most for a four-man line-up during the Sixers’ 2016-17 campaign. Now that quartet was a +3.1 points per 100 possessions better than its opponents. So theoretically, Embiid’s presence added an additional +12.0 points per 100 possessions for the Sixers. That’s pretty impressive.

Individually, Joel Embiid was equally great for the Sixers. According to ESPN’s advanced statistics, Embiid had the 4th ( among 53 qualified players )best Player Efficiency Rating among NBA centers last season. Overall, Embiid’s PER of 24.15 was 21st among 486 NBA players and better than Mike Conley, Kyrie Irving and Blake Griffin among other notable superstars. 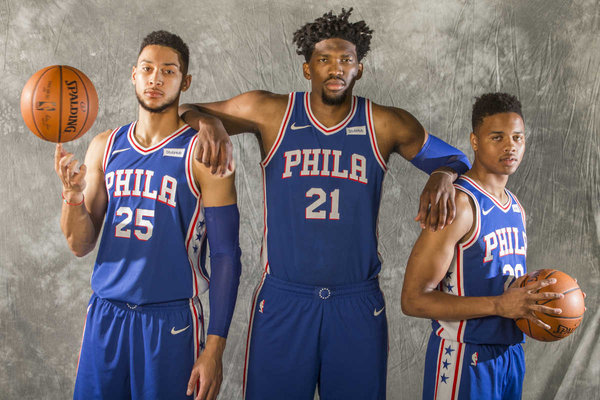 There is a lot of excitement in Philadelphia this season with the arrival of Fultz and Simmons plus the return of Joel Embiid. As Embiid popularly said: The FEDS are coming. FEDS is taken from the initials of the Sixers main players for the upcoming 2017-18 season: Fultz, Embiid, Dario ( for Saric ) and Simmons.

With these four players on board, there is no doubt that the Sixers are among the early favorites to make the playoffs. Three of last season’s playoff teams in the East are likely to miss the bus this year as Atlanta lost Paul Millsap while Chicago and Indiana traded Jimmy Butler and Paul George respectively. With the FEDS, the Sixers are going to make things interesting in the East.

However, the FEDS must be healthy to make a difference. Simmons himself is coming off an injury which cost his rookie season. According to coach Brett Brown, his prized 2016 rookie is also going to get his minutes restricted too. As for Joel Embiid, his 2016-17 numbers showed that if healthy, he is the difference maker in Philadelphia. But if he sits out too many minutes and misses too many games, we’ll just have to trust the process again. Only this time that process is the healing process. And yes, if he can’t play in enough games, Joel Embiid’s not going to get his 2K18 rating up to 95.