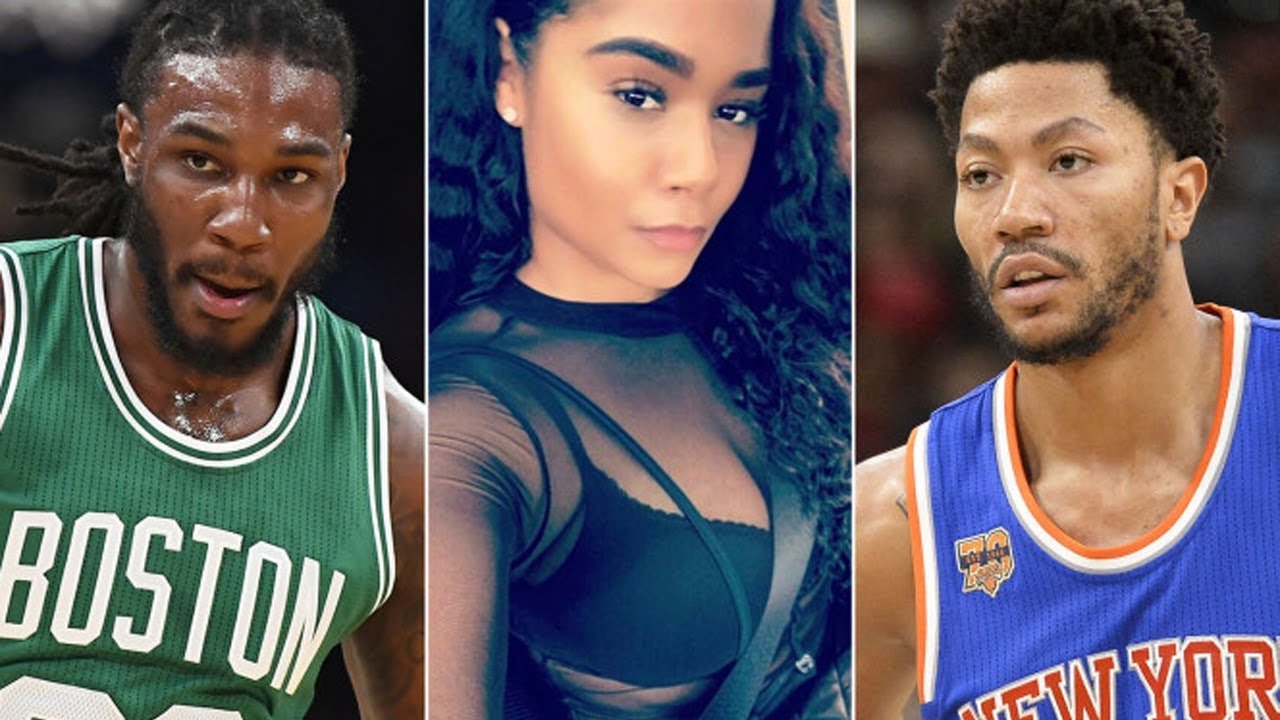 Even Without Kyrie, The Plot Thickens in the Land

The Triangle worked wonders for Phil Jackson in Chicago. It also worked very well for Jax in Los Angeles. But when Jackson became president of the Knicks, the team couldn’t execute the triangle. Instead, Knicks’ then coach Derek Fisher fell into a different triangle.

Fisher was involved in a love triangle with Matt Barnes and Barnes’ ex-wife Gloria Govan. That triangle led to a confrontation that allegedly to Barnes assaulting Fisher. Fisher would carry the curse of that triangle. His coaching stint with the Knicks was a failure and he was eventually fired. Now that ‘other’ triangle has moved from New York to another team.

New Back Up PG

In July, the Cleveland Cavaliers announced that they have signed former NBA MVP Derrick Rose to a one-year deal worth $2.1M. It wasn’t a game changer but the Cavs upgraded their point guard spot with Rose designated to back up then PG Kyrie Irving. Last season, Irving had another former All-Star as back-up in Deron Williams but D-Will did nothing significant to help the Cavs in the 2017 NBA Finals, shooting a gruesome 12.5% from the field in the NBA’s biggest stage.

With Deron Williams an unrestricted free agent, the Cavs signed Jose Calderon early this offseason to virtually shut the door on Williams’ return. With the addition of Rose, the Cavs not only added another veteran back-up PG, but they added a ‘younger’ one than Deron Williams, although more injury prone.

Rose had one of the most meteoric rises in NBA history. After being drafted first overall by the Chicago Bulls in 2008, Rose won Rookie of the Year Honors. In his third NBA season, he became the youngest player to win the NBA MVP award at age 22. During that season, The Bulls had the best record in the NBA at 62-20. Rose led the Bulls to the Eastern Conference Finals where they lost to LeBron’s Miami Big Three in five games.

Since his MVP season, Rose suffered a series of knee injuries that saw his career turn upside down. Last season, the Bulls traded Rose to the New York Knicks. Despite the getting dumped, Rose averaged 18.0 points and 4.4 assists per game for the Knicks. But his production didn’t translate to victories for the Knicks.

New York finished with yet another disappointing season. Rose shot a career low 21.7% from three point distance. The Knicks gave up 111.1 points per 100 possessions with him on the floor and just 106.1 when he sat on the bench. In other words, New York had one of the worst defenses with him playing and a mediocre team with him off the floor.

As if that wasn’t bad enough, Rose tore a meniscus in April and missed the remainder of the 2017 season. The injury wasn’t serious but Rose still had to go under the knife once again. That didn’t look good for someone who’s suffered a series of knee injuries since 2012. Still, the Cavs took a cheap gamble on Rose, knowing that he’s only 28 and can still contribute solid numbers if healthy.

May Be An Important Piece 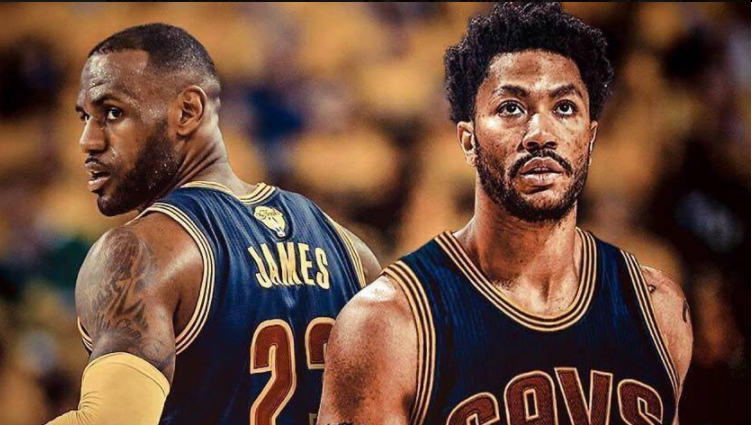 With Kyrie Irving gone ( assuming the trade holds ) and with Isaiah Thomas maybe ( just maybe ) not yet 100% to start the season, Derrick Rose becomes an important piece for the Cleveland Cavaliers. Not only could he be getting major minutes, he could start if Thomas still need time on his hip injury. 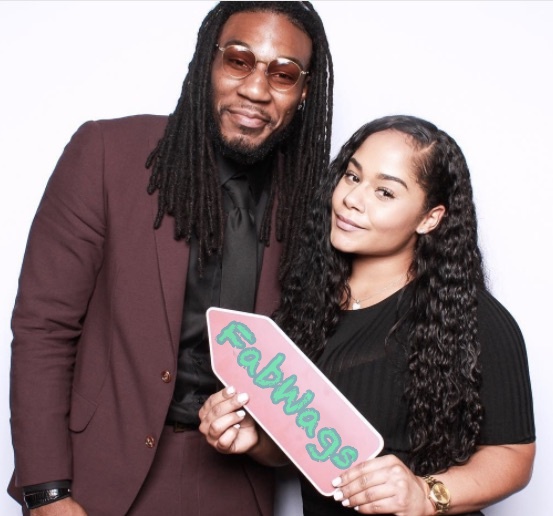 Along with Isaiah Thomas, the Cavs also got Jae Crowder from the Celtics. For the team, Crowder is a very welcome addition because he brings a versatility to his position that LeBron never had in any Cleveland team he has played on. Crowder’s defense and three point shooting makes Cleveland a much serious contender. Personally for Derrick Rose, Crowder could be a distraction.

Jae Crowder’s girlfriend Dana Lambert is Derrick Rose’s former sweetheart. Sure, Rose and Lambert are no longer an item. They probably haven’t been one for a long-time now. But anytime your ex’s current flame is your teammate, that’s still a love triangle folks. Not saying that Crowder and Rose aren’t pros but hey, you can’t help but think that they will be awkward with each other. Who wouldn’t be? 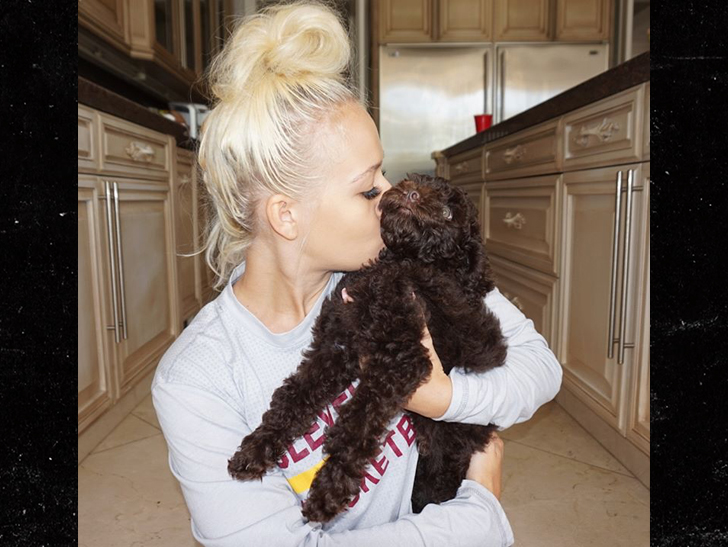 Crowder and Lambert have a three year old daughter named Jada. Rose has a son PJ with former fiance Mieka Reese. Meanwhile, Derrick Rose is currently dating 23 year old Alaina Anderson. The two have been an item since last year. Curiously, and a couple of days after Crowder was traded to the Cavs, Rose dropped $4,600 on a toy poodle from Murphy’s Doodles, a high end dog breeder in Florida. According to the report, the cute puppy still doesn’t have a name but the couple ‘are working on it.’

Not sure whether buying the adorable pooch had anything to do with having Crowder as his new teammate really. But it would certainly be interesting to see if Rose and Crowder will have chemistry on the basketball court. Even if they will, the drama will make the season more interesting. Perhaps more interesting than Tristan Thompson and Khloe Kardashian. Even without Kyrie, the plot thickens in the Land.