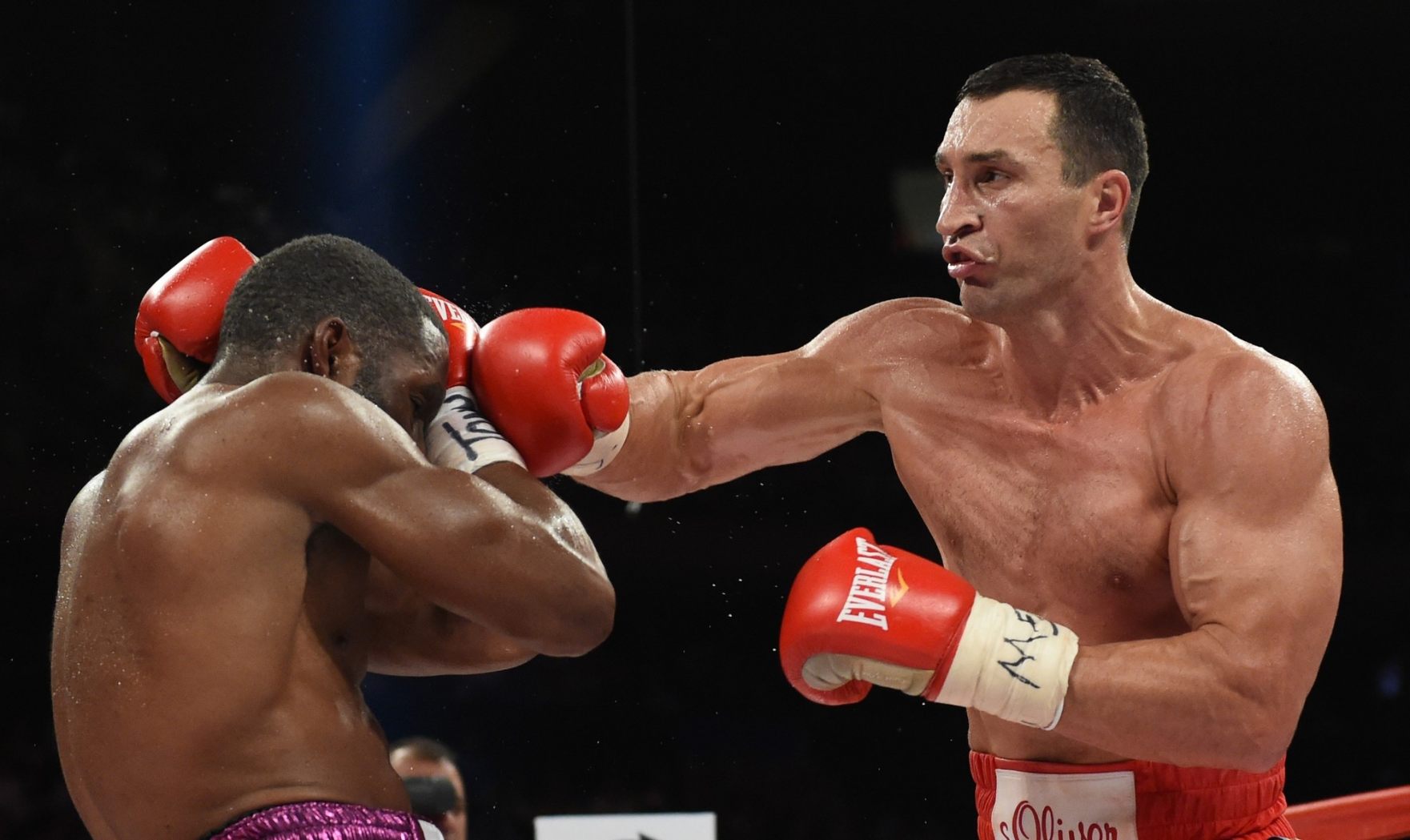 There will be no rematch. Wladimir Klitschko has decided to call it a career.

After his thrilling 11th round knockout loss to Anthony Joshua four months ago, former heavyweight champion Wladimir Klitschko has announced his retirement. Klitschko made the announcement via a video posted in his website. The reaction to his announcement was so huge that his website crashed, forcing him to post the video again on YouTube.

Wow! So many people interested in my statement. Server broke down. So look here…https://t.co/iZnjFtxHeT

Klitschko’s announcement ends speculation on whether he will fight Anthony Joshua in a rematch. On April 29, 2017, Wladimir Klitschko challenged current heavyweight champion Anthony Joshua in a mega bout at London’s famed Wembley Stadium. The two waged a back and forth battle which the younger and stronger man eventually won.

Both men fought cautiously in the first four rounds with Joshua getting the better of his older foe. In the fifth, Joshua scored the bout’s first knockdown by putting Klitschko on the canvass. But instead of fading, the old lion came back strong and managed to drop Joshua in the sixth and had the champ in trouble for the rest of the round. Klitschko would win the next couple of rounds before Joshua regained momentum late in the fight, scored two knockdowns in the 11th and finished off Klitschko at the 2:25 mark of the penultimate round.

Despite the loss, many believed Klitschko still had one more fight left in him. He looked far superior than he did when he lost his titles to Tyson Fury 17 months earlier. Wladimir Klitschko had a rematch clause and a lot of people, fans and experts alike, thought he would pick it up and challenge AJ one more time. But now, the speculation has ended, one of the greatest of all-time has decided to hang up his gloves. 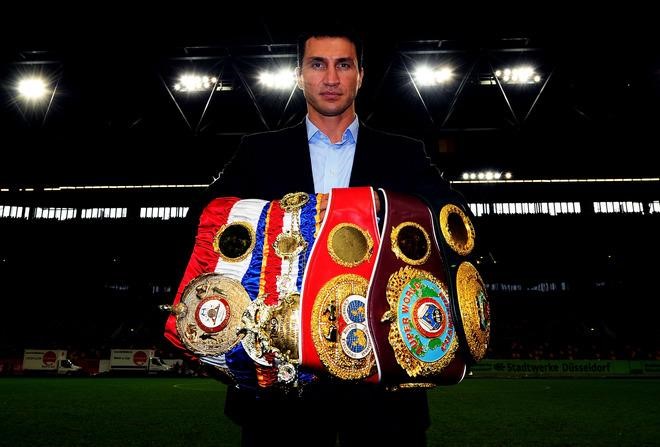 Known as Dr. Steelhammer for his knockout power and because he has a PhD, Klitschko was one of the greatest heavyweight champions of all-time. He represented Ukraine at the 1996 Olympics and won the gold medal in the Super Heavyweight division. Klitschko won his first heavyweight title in 2000 when he defeated American Chris Byrd for the WBO belt. He defended the title five times before suffering an upset knockout loss to Corrie Sanders in 2003. Three fights later, Klitschko was knocked out again by Lamont Brewster. But instead of falling apart, he became better than ever.

Under the tutelage of the legendary trainer Emanuel Steward, Klitschko reinvented himself from being the next big thing to becoming a cerebral, defensive-minded and even cautious heavyweight who used his size, skill and smarts to reduce the dangers to a minimum while breaking down his opponents. He preserved his body and became a model of consistency by winning 22 consecutive bouts from 2004-2015, 15 of them by knockout.

Klitschko’s second reign as heavyweight champion, which began with his rematch against Chris Byrd in 2006, was the second longest reign in heavyweight boxing history. At 9 years, 7 months and 7 days, only the legendary Joe Louis’ 11 year reign was longer. Including his first reign as champion, Dr. Steelhammer had 23 successful title defenses, two short of Louis’ record of 25. His total of 29 world title fights is more than any heavyweight fighter in boxing history. In 21 years, Klitschko beat 10 current or former world champions and owns the record for having defeated 12 previously unbeaten opponents. 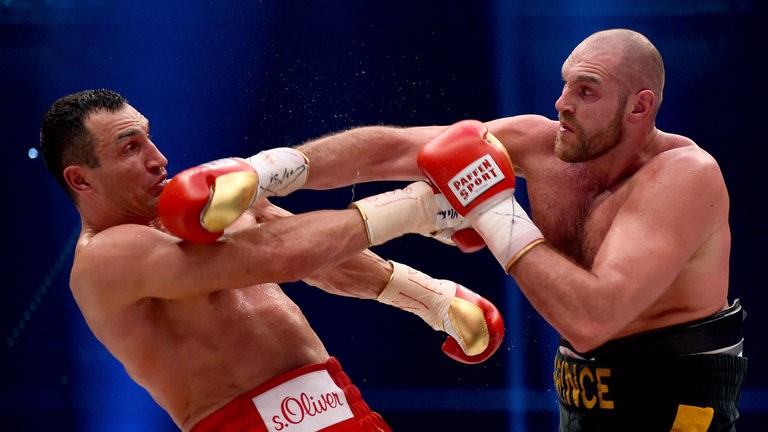 But Klitschko’s decade of dominance came to a halt when he fought Britain’s Tyson Fury in 2015. The undefeated Fury handed Klitschko his first defeat in over a decade when he beat the Ukrainian by unanimous decision with the scores of 116-111, 115-112 and 115-112. During the fight, Klitschko looked like the shadow of his dominant self and it appeared like he had grown old overnight after not showing his age in the ring for over a decade.

Despite the loss, Klitschko picked up the rematch clause and vowed to win back his titles. However, that rematch never happened. After two postponements, Fury vacated the titles after suffering depression and testing positive for cocaine. The cancellation of the rematch resulted in the titles going to different hands. The IBF belt found its way to rising star
Anthony Joshua of Britain. After two title defenses against Dominic Breazeale and John Molina, Joshua set up a mega showdown with Wladimir Klitschko at Wembley Stadium.

After more than a year off, Wladimir Klitschko fought the undefeated Joshua and gave him the fight of his life. Not many were expecting Klitschko to perform the way he did, not after how he lost to Tyson Fury. But the former champion dedicated himself to winning his titles back. The 14 year gap between Klitschko and Joshua was the biggest age difference in a heavyweight title fights since 2002 when Klitschko himself, then 26, fought 41 year old Ray Mercer. And while Klitschko lost via knockout to Joshua, he earned more respect in that defeat than perhaps in any victory throughout his career. 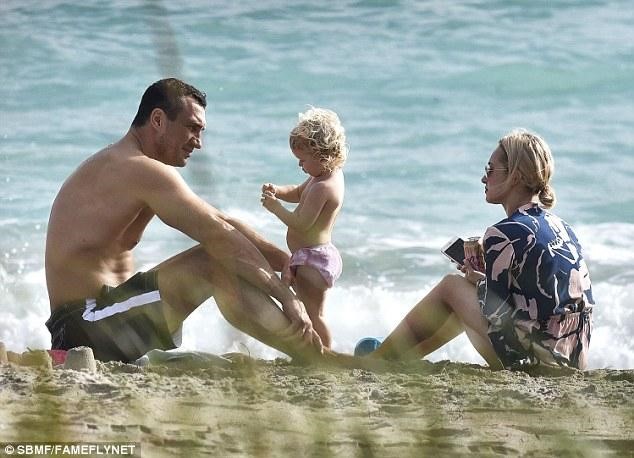 No athlete has ever beaten Father Time. Klitschko is no longer a spring chicken at 41 years of age and having fought for 21 years. The wear and tear of a long and glorious boxing career has taken its toll on this great warrior. Although his performance against Joshua wasn’t an indication that he was done, the rigors of another long camp perhaps made Klitschko think twice. But then again, more than the physical demands, it was probably the lack of desire that led to his retirement. Said his manager Bernd Boente:

"I think that [retiring] was the right step because he said in every fight, money wasn't his motivation, therefore I think it is more than understandable," Boente told Sky Sports News. "I think it's really the motivation, the fire that wasn't there anymore.

"He took his time to think it out and feel it out and he also realized there was a chance to beat Anthony Joshua maybe in the rematch, but on the other hand, he knew it would again be a tough fight and no doubt about it, was one that the fans wanted to see. But at the same time, he had to go through a 10-week training camp again and if you don't feel the fire, then it is definitely better to finish your boxing career."

Wladimir talked about fresh challenges in his decision to retire. Although he didn’t specify what those were, Klitschko was busy with philanthropy work through the Klitschko Foundation which he runs together with brother Vitali, a former heavyweight boxing champion himself and the current mayor of Kiev in Ukraine. In 2014, Wladimir Klitschko became a father for the first time after his fiance, Hollywood actress Hayden Panettiere, gave birth to their first child. Obviously, charity work and family life are on top of mind right now. These are just two of the fresh challenges this great champion will likely face outside the ring.