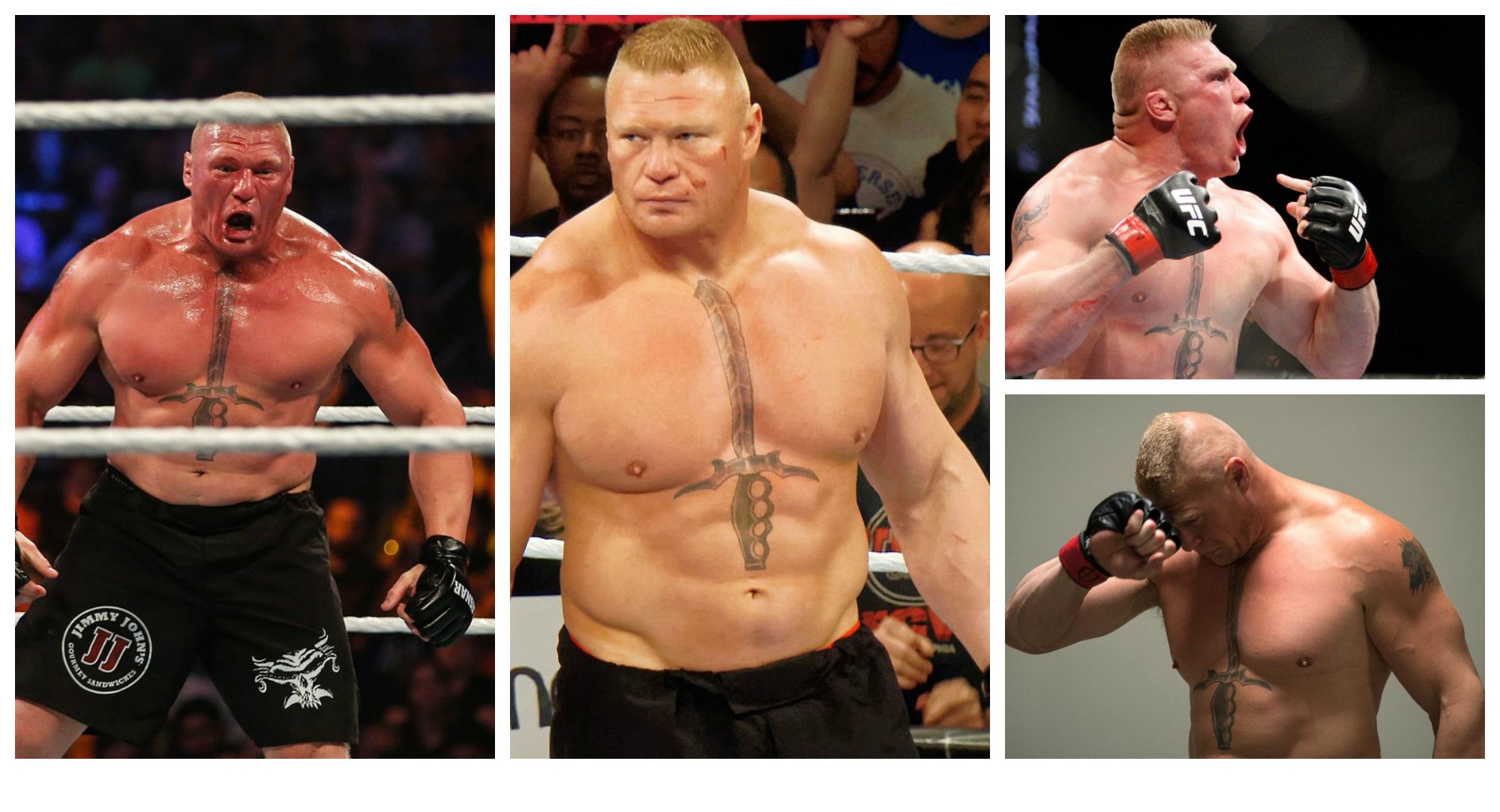 Brock Lesnar was the UFC’s biggest PPV attraction before Conor McGregor arrived in the picture. But now that McGregor is busy fighting somewhere else, could it be that the UFC bringing back the Beast Incarnate given McGregor’s future with the UFC is uncertain?

McGregor headlined three of the UFC’s Top 4 highest grossing PPV events of all-time, including the number one item on that list- UFC 202. But Brock Lesnar was involved in four of the Top 10 events on that leaderboard, including the iconic UFC 100 which at 1.6M PPV buys used to be the industry barometer. In fact, McGregor’s UFC 202 was just around 50K buys better. Considering Lesnar’s UFC 100 bout with Frank Mir came seven years ago when MMA wasn’t at its peak yet, those numbers are impressive.

Lesnar himself was phenomenal. He made a successful transition from pro wrestling to MMA and won the UFC Heavyweight title in only his fourth MMA bout. However, Lesnar’s reign was cut short after a battle with a life threatening intestinal disorder called diverticulitis. He was far from 100% when he lost his belt to Cain Velasquez and when he was knocked out by Alistair Overeem. Despite the losses, Lesnar remained one of the UFC’s most sellable athletes.

Four years after Lesnar’s retirement, he announced that he would be returning at UFC 200. The event was headlined by the UFC women’s bantamweight title bout between Miesha Tate and Amanda Nunes. But it was clear that the fans paid PPV money to watch Brock Lesnar go head to head with knockout artist Mark Hunt. Despite a long absence, Lesnar showed the wrestling skills that once made him NCAA Division I heavyweight wrestling champion.

He shut down Mark Hunt’s punching prowess by putting him on his back and dominating the Super Samoan on the ground for a majority of the fight. Lesnar won the fight convincingly and by unanimous decision. But the victory would later be overturned after Lesnar failed pre-fight drug tests. Lesnar was suspended and fined. He later announced his retirement.

When Lesnar competed at UFC 200, he was still under contract with Vince McMahon’s WWE. He was only given special permission to fight at UFC 200. After announcing his MMA retirement, Lesnar returned to the WWE and took his rightful place as the biggest star in the WWE’s universe.

Lesnar would defeat Goldberg at Wrestlemania 33 to become the Raw brand’s fourth ever Universal champion. He recently beat Samoa Joe at the WWE Great Balls of Fire and is set to defend the belt again in a Fatal-Four-Way match at Summer Slam. Despite the usual success, Lesnar is reportedly not keen on renewing his contract when it ends after Wrestlemania 34.

According to a report from Prowrestlingsheet, Lesnar has re-enrolled in MMA’s USADA testing pool. The reason is that so he can serve out the remainder of his USADA suspension and so that he can ‘keep his options’ open when his WWE contract expires. Look, the WWE is paying Lesnar handsomely but if he could make $2.5M ( excluding PPV share, if any ) in a single fight at UFC 200, it’s possible that the Beast would make another U-turn.

Lesnar also said that he wanted to end his MMA career on a positive note. He reiterated that when he made his decision to return at UFC 200. Lesnar said diverticulitis took away his opportunity to compete at a hundred percent. Now that he’s fully healthy, he believes he can still compete with the elite. If Lesnar didn’t want his legacy to be tainted by back to back losses to Cain and Reem, he surely wouldn’t want to end his career with a no-contest and failed drug tests.

However, UFC Vice President of Athlete Health and Performance Jeff Novitzky, refuted the story and said that there is ‘zero truth’ to those rumors. Said Novitzky:

“(Lesnar) is not currently enrolled in the USADA testing pool, nor has there been any inquiry on his part to do so.”

Novitzky added that even if Lesnar did re-enter the pool, he would still have to serve the remainder of his USADA suspension which was frozen when he announced his retirement in January 2017.

“If he ever re-entered the program, he’d have to serve [the duration of the suspension] before he’d be able to compete.”

It can be recalled that Lesnar was suspended one year by the USADA and the NAC for failing a pre-fight drug test in connection with his UFC 200 bout with Mark Hunt. The NAC suspension has expired but the USADA suspension still has more than five months left on it. The clock doesn’t start counting until Lesnar is re-enrolled to the program.

But then the UFC, especially President Dana White has trouble with telling the truth. He always does, really. Didn’t Dana White deny the rumors that the UFC was for sale? Didn’t he also once say that women would never fight in the UFC? Didn’t he say that Khabib Nurmagomedov was getting the title shot at UFC 205? And yes, didn’t he say at first that Mayweather-McGregor would never happen under his watch? If we list down all of Dana White’s lies, then we could write forever.

At about this same time last year, White also shot down rumors that Brock Lesnar would be returning at the iconic UFC 200. One day later, word spread that Lesnar would be facing Mark ‘Super Samoan’ Hunt. Jeff Novitzky has no history of lying to media. At least not yet. But we all know he is under Dana White’s payroll. For all we know, this could be the latest of Dana’s white lies.