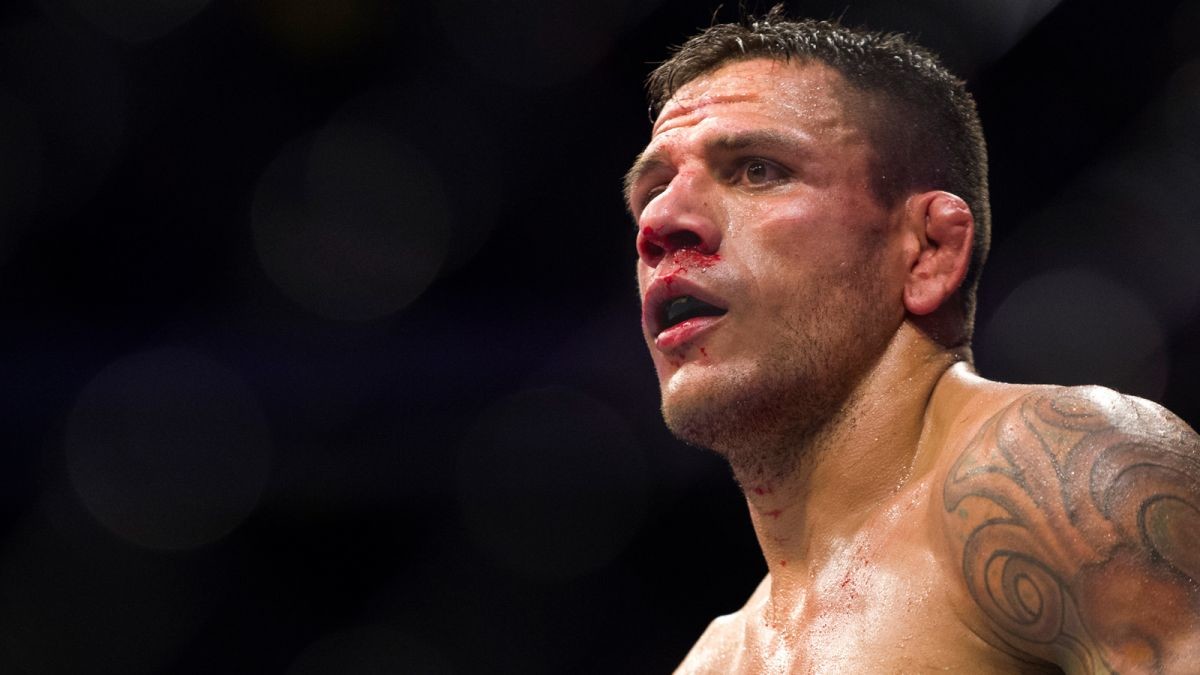 Dos Anjos beat Lawler 50-45 across all scorecards and perhaps put an end to the Ruthless rule in the welterweight division. Lawler was two fights removed from the UFC welterweight title and he was looking for one last crack at glory. Instead, it was Dos Anjos who shone in what was arguably the biggest fight of his career.

After a mediocre start to his UFC career, Dos Anjos found his groove and went on to defeat Anthony Pettis at UFC 185 to win the UFC lightweight title. But after a dominant first title defense against Donald Cerrone, Dos Anjos was lured into a slugfest with Eddie Alvarez at UFC Fight Night 90. The result? Dos Anjos got caught and was dethroned in the first round via knockout.

Dos Anjos lost a second straight time when he was outpointed by current interim lightweight champion Tony Ferguson at The Ultimate Fighter 3 Latin America Finale. With only the second back to back losses of his career, Dos Anjos decided to move up to welterweight, citing weight cutting issues that prevented him from performing at optimal strength. But many thought the move was a mistake considering Dos Anjos would be giving up what was his edge .

Dos Anjos reign at lightweight was powered by an offensive juggernaut. So when he moved up to 170 pounds, many wondered if he would succeed in sowing the same kind of terror against much bigger men who hit much harder than all the opponents Dos Anjos had faced. RDA’s first two fights at his new division were not conclusive.

First he faced Tarec Saffiedine last June in Singapore. Now while Saffiedine is a former Strikeforce welterweight champion, he isn’t the kind of opponent you would look good against. Saffiedine was 1-3 in the UFC when they fought and had lost back to back fights. Dos Anjos beat him by unanimous decision.

Then Dos Anjos fought the six foot three Neil Magny at UFC 215. While that win was as dominant as a victory you’ll ever see, Dos Anjos submitted Magny without having to stand and trade with him. With that win, Dos Anjos improved to 2-0 at welterweight and moved to the #4 spot in the rankings. But it didn’t prove that he could mix it up with the big boys.

But Robbie Lawler was a different animal. Perhaps one of the most violent men in the business, Ruthless offered the power, durability and resilience to really test Dos Anjos in his new division. Ranked 2nd at welterweight, Lawler was coming off a back and forth victory against the equally active Donald ‘Cowboy’ Cerrone at UFC 214.

Against Lawler, Dos Anjos used excellent technique and range management to offset his physical disadvantages. But while people expect fighters moving up in weight to use their speed and evasiveness against naturally slower opponents, Dos Anjos got in Lawler’s face and picked him apart.

RDA’s leg kicks battered Lawler’s legs and slowed him down. Then he applied some of the best clinch work we’ve ever seen with his elbows and knees. What was more impressive was the fact that Dos Anjos took some of Lawler’s best punches and still continued to chop down the Ruthless One with his leg kicks and body work.

It was Robbie Lawler’s first loss in a non-title fight since his return to the UFC in 2013. Ruthless is now 1-2 in his last three fights and with the 170 pound weight class getting deeper by the day, his future is uncertain.

As for Dos Anjos, there were plenty of skepticism when he first made the move up to welterweight. But after beating perhaps the toughest guy in the entire organization who is also the #2 ranked welterweight in the promotion, Rafael Dos Anjos is for real and worthy of championship consideration.

After the fight, Stephen Thompson talked about a possible fight, for the right to face Tyron Woodley for the welterweight title:

That was a WAR! Hats off to both RDA and Robbie for that effort! I can be back in the Octagon this March. @RdosAnjosMMA , let’s give the fans another treat. We both want gold, it’s only fitting we battle for it! @ufc #UFCWinnipeg @danawhite

Wonderboy is currently the top ranked contender at welterweight but his two failed attempts to win the belt from Woodley is preventing Dana White from giving him a third try. However, if Wonderboy beats Dos Anjos convincingly, it could be enough to warrant another shot at the Chosen One.

But even if RDA doesn’t face Wonderboy next, there is a murderer’s row of contenders that would make an excellent next fight for him and push him closer to getting a title shot at his new weight class. The likes of Top 10 welterweights Colby Covington, Darren Till and even Santiago Ponzinibbio are a tantalizing match-up for Dos Anjos. If the UFC doesn’t want to give Wonderboy a title shot yet, a victory by Dos Anjos against any of those killers should get him a date with Woodley.