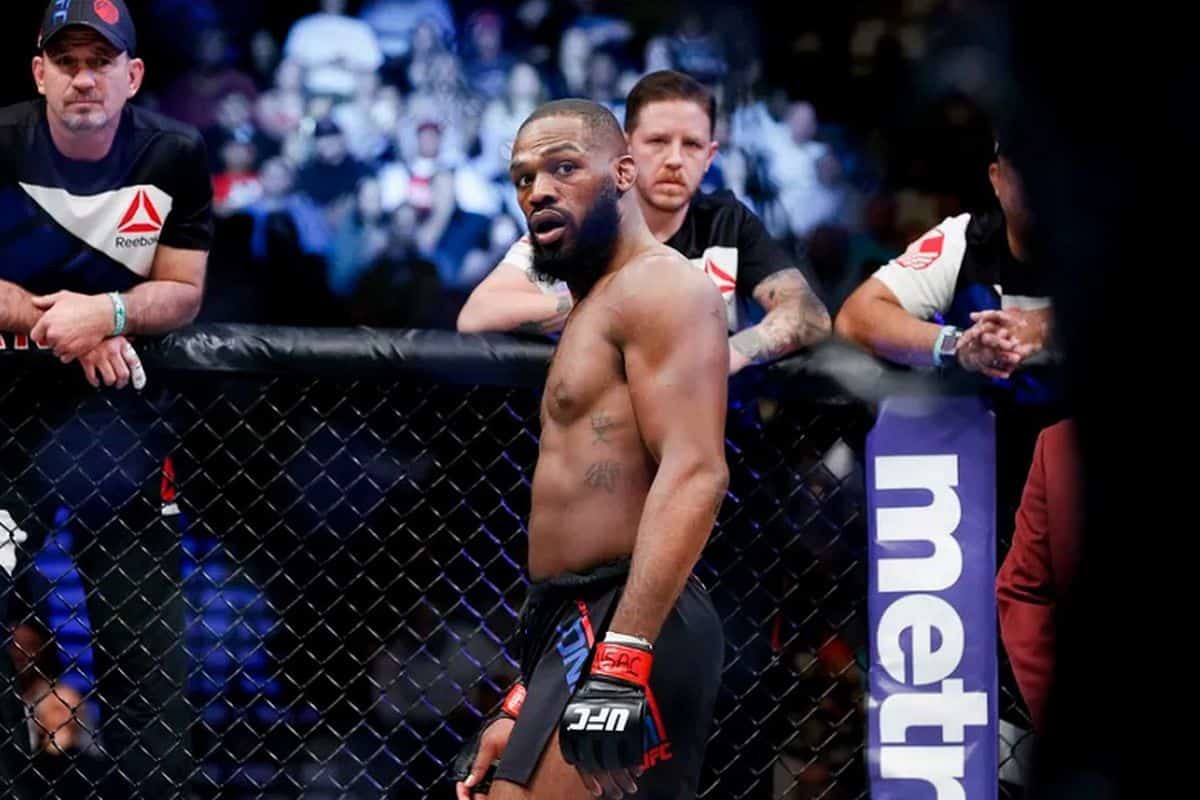 Jon Jones Gets Bad Then Good News From USADA

We have good news and bad news for Jon Jones. First the bad news:

The United States Anti Doping Agency handed down its suspension on UFC fighter Jon Jones on Wednesday, announcing that the former UFC light heavyweight champion will be suspended for 15 months for testing positive for an anabolic steroid on July 28, 2017.

The good news for Jones is that the suspension will retroact from the date of the failed drug test which in this case is July 28, 2017. This means that Jones has already served almost 14 months of his sentence and that he will be eligible to compete again inside the UFC octagon beginning October 28, 2018.

It’s a huge victory for Jones who was facing a possible four year ban because this was his second drug violation. Jones was suspended for one year after after failing an out of competition drug test in 2016. That incident led to Jones’ removal from the UFC 200 main event where he was supposed to fight Cormier.

But Jones took his case to arbitration again on the defense that he did not intentionally take a banned substance. Heading to arbitration, the USADA already determined that there should be a reduction of two years and six months to Jones’ possible suspension based on Jones’ delivery of substantial assistance.”

MMAFighting talked about what the USADA meant by “delivery of substantial assistance”:

“Per the decision document, the “substantial assistance” is in reference to article 10.6.1.1 in the UFC anti-doping policy, which has to do with a fighter helping USADA or another anti-doping organization with “discovering or bringing forward an Anti-Doping Policy Violation” by another person or something else that “results in a criminal or disciplinary body discovering or bringing forward a criminal offense or the breach of professional rules committed” by another person (h/t @dimspace). If Jones no longer cooperates, he runs the risk of getting time tacked on to his suspension, per the UFC anti-doping policy.” 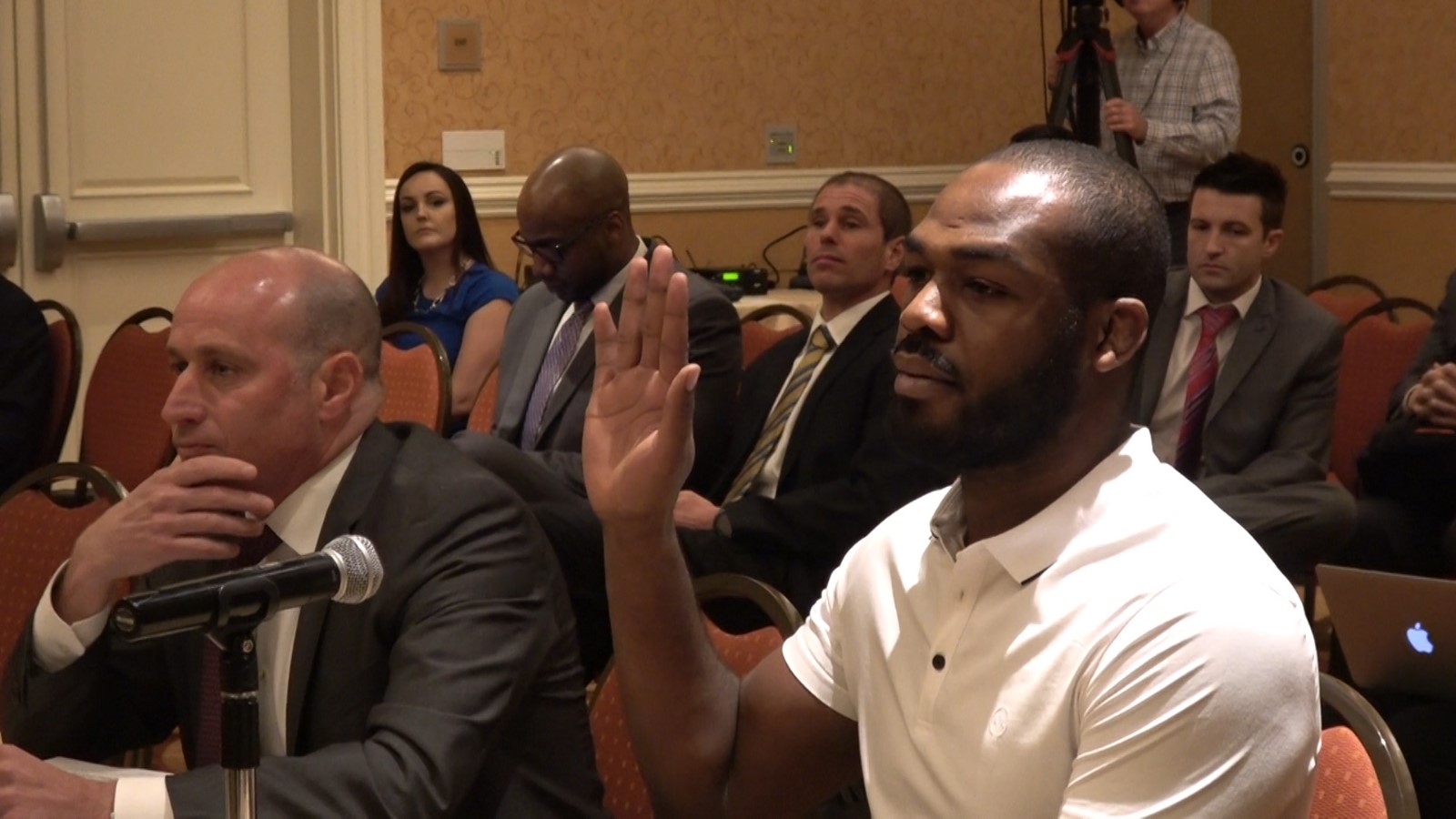 Last Saturday, Jones met with arbitrator Richard H. McLaren and the arbitrator reduced the sentence further to 15 months based on Jones’ degree of accountability. The USADA took into account that Jones passed all drug tests leading up to UFC 214 but failed his after competition test which he knew was coming.

Jones argued that he did not take the banned substance intentionally and that he didn’t know how it ended up in his system. Bones submitted more than a dozen supplements to the USADA but none of them were contaminated. In the USADA statement, president Travis Tygart said:

“The independent arbitrator found that Jon Jones was not intentionally cheating in this case, and while we thought 18-months was the appropriate sanction given the other circumstances of the case, we respect the arbitrator’s decision and believe that justice was served. This case is another strong reminder that athletes need to be extremely cautious about the products and supplements they use to ensure they are free of prohibited substances.”

It can be recalled that Jones tested positive for a steroid metabolite known as 4-chloro-18-nor-17β-hydroxymethyl,17α-methyl-5α-androst-13-en-3α-ol in relation to his UFC 214 title fight with Daniel Cormier. Jones knocked out DC in round three and went on to recapture the UFC light heavyweight championship which was previously stripped from Jones after his infamous hit and run incident. The win was later overturned to a no-contest and Cormier was reinstated as the champion. 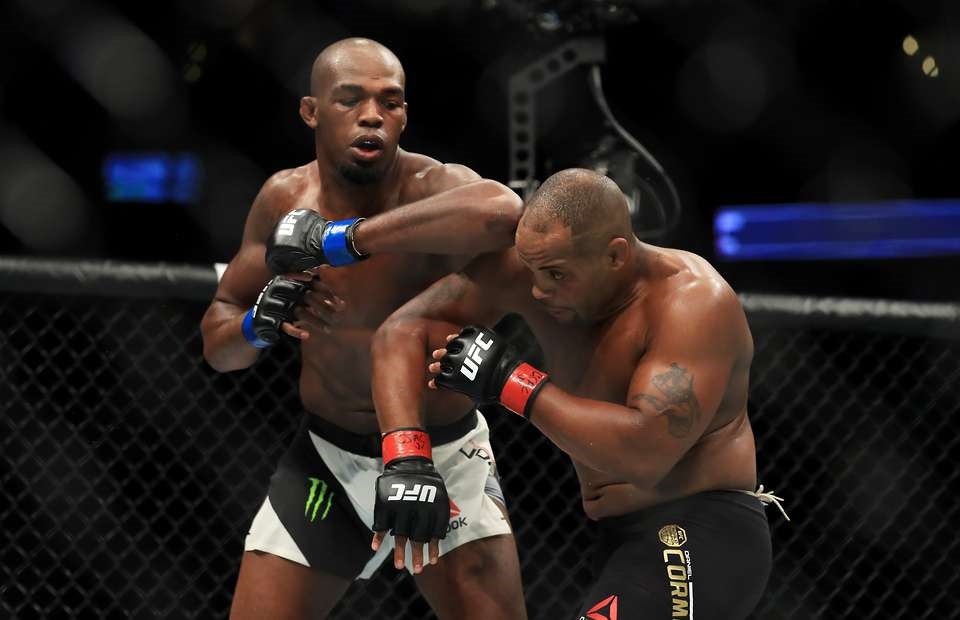 Cormier recently became a double champion after he knocked out Stipe Miocic at UFC 226 to become the UFC heavyweight champion aside from being the current 205 pound king. Cormier has talked about the possibility of fighting Jones a third time but he is more interested in a big money fight with another drug offender in Brock Lesnar.

When Cormier was asked to comment about Jon Jones’ suspension, the UFC double champion said:

“I’m the UFC double champion, right?” Cormier said. “I have bosses in the back, and I’m talking about this because I have to. I’ve moved past it. I went about my business, I went and won another title.”

For the record, there is no official fight between Daniel Cormier and Brock Lesnar. Lesnar is still under USADA suspension after he retired in December 2016, causing his suspension to be freezed with around six months to go. Lesnar re-enrolled in the USADA testing pool last July 3, 2018 which means that he will have to serve the remainder of his sentence beginning that date. According to the USADA, Lesnar will be eligible to return starting January 8, 2019. 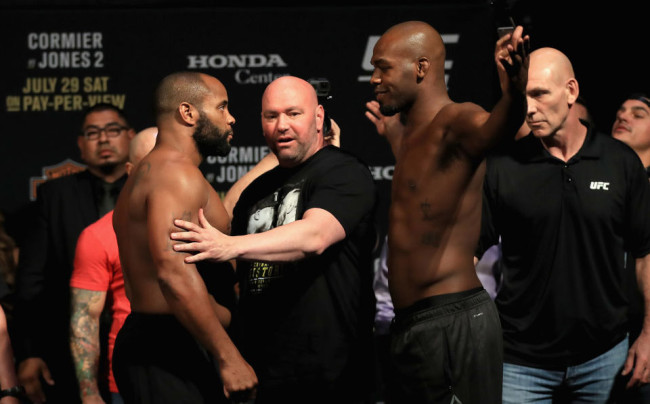 After Cormier beat Miocic, UFC President Dana White declared that the next fight to make would be DC vs Lesnar but with Lesnar still under suspension, Cormier was expected to make a light heavyweight title defense before taking a showdown with the current WWE champion and superstar.

Up to now, there have been no plans for DC to do such and it is expected that the aging champion will wait for Lesnar to become eligible instead of taking one more fight. Cormier has stated in the past that he plans to retire in March 2019 and with Lesnar available by then, that may be DC’s last fight.

Cormier previously talked about fighting Jones a third time after Jones beat him twice already. DC has always maintained that he never lost to Jones because Bones was all juiced up in both fights. But if Cormier wants to legitimize his claim to the 205 pound title, he must prove that he is the best by defeating the best.

Prior to his failed drug tests and other legal woes, Jon Jones was considered a future all-time great. Jones is the youngest fighter to ever win a UFC world title and owns the record for most successful and consecutive title defenses in the division. Bones was also the #1 ranked 205 pounder in the world and the #1 pound for pound fighter in the sport before his troubles.

Jones beat Cormier via unanimous decision at UFC 182 in January 2015 and then repeated over the former Olympic wrestler at UFC 214. Those two are the only losses in Cormier’s MMA resume and one was already overturned to a no-contest. DC is considered as one of the best champions of all-time but his legacy will always have an asterisk as he never defeated the best fighter in his division to become the champion. Sure, it’s not DC’s fault really but the reality is that many considered him a paper champion because he lost twice to Jones inside the Octagon.

With Jones eligible to return on October 28, experts are already pointing at UFC 230 in New York which is booked for November 3 at the Madison Square Garden. The event still doesn’t have a main event until now and some are suggesting that the UFC is reserving it for Jones return. However, UFC President Dana White announced that if Jones would be eligible, he will be booked to fight in early 2019 Said White:

"The arbitrator found that Jones never intentionally or knowingly took steroids and the result of the positive test was the result of a contaminated substance," White said. "The science completely supports that finding. The science doesn't lie, so I look forward to getting him back early next year."

Whether White books a third fight with Cormier or he books DC against Lesnar remains to be seen. It’s interesting to note that Jones also called out Lesnar after his win over DC at UFC 214. While DC vs Brock would be a good sell because of the belt involved, there is no question that a Bones vs Brock showdown would be more appealing. DC must be scratching his head right now. Not only is he probably getting Jon Jones nightmares again but he faces the risk of losing his big money fight to the guy he despises the most.