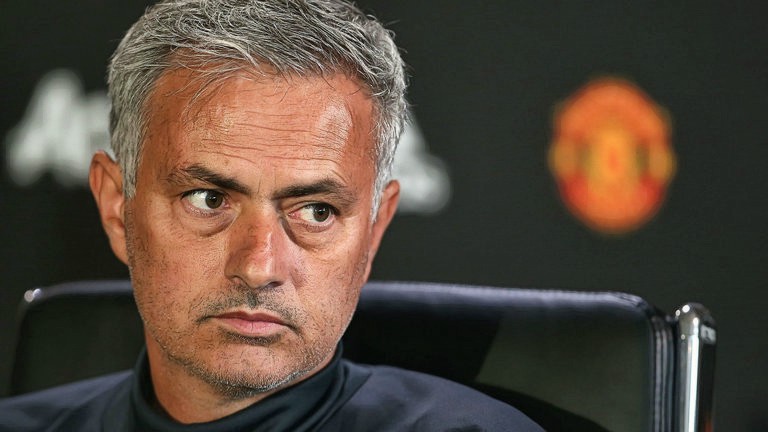 Mourinho wants to dominate the Premier League next season. What better way to do it than to set five of his players free?

The Premier League is about to end, and the clubs are bracing themselves for the final days ahead. Manchester City is still in great shape as they're on top of the league power rankings with 28 wins, only two losses and three draws.

Meanwhile, Man United is still trailing behind them with 22 wins, six losses, and five draws, and needs 16 more points to overtake the City. Unfortunately, the tournament is about to end, and it seems like there's no way that they're going to dethrone Pep Guardiola’s squad from the top spot.

So what Jose Mourinho did was to accept the reality and plan out next season’s roster. Reports said that Man United could see five of their players leave this coming summer transfer window. However, these reports aren’t yet confirmed as Mourinho chose to say no further details except for the hint of a major lineup change.

Jose Mourinho gave the public a brief insight into his summer transfer window plans. In his statement, he said that £280 million has already been spent on transfer fees over the four windows he was in charge of.

This included the transfer of eight players in the span of four seasons. However, this year’s summer transfer window is going to be a whole lot different. Sports analyst even call it as the “most extreme summer window” since he became manager of Man United.

Michael Carrick is reported to retire this off season as he’s already 36-years-old — a big loss for the Red Devils as he greatly contributes to the club’s offensive and defensive games. Zlatan Ibrahimovic had also left the team last March to play for the LA Galaxy in Major League Soccer, which is another huge loss for Mourinho knowing that he’s a veteran striker.

Then there’s Marouane Fellaini who is expected to leave after being subject to a free transfer. The list of possible exits for the Red Devils this summer just goes on and on. There's also Daley Blind, Luke Shaw, and Matteo Darmian who might settle elsewhere next season.

United will surely be stripped with some great talent this off season, and Mourinho needs to do something about it. In line with this, reports said that they're going to get a new left and right back, a central defender, and a couple of central midfielders — which isn't an easy thing for a manager to do.

Sports analysts even describe Mourinho’s situation to be his busiest transfer window to date. Meanwhile, the Portuguese manager expects their rival Man City to invest heavily on transfers this offseason.

No Need to Overspend

Despite this, he decides to not go beyond their budget as he believes that the success of the team doesn't rely on how much you've spent on transfers. He even implied in one of his statements that releasing five players this transfer window might, in fact, be a good thing for them as it will give United a fresh new face next season.

Mourinho then stressed that his plans aren’t just about their rivalry with Man City, but is about the whole Premier League environment. He said that they don’t only focus on the City because Arsenal, Liverpool, and Chelsea are also strong contenders for the title.

Improvement is important, he said, and that they’ll do their best to strengthen their line up even if it means setting their players free. Despite the club’s seeming unfortunate situation, Mourinho insisted that the media should notice their improvement from last season.

He argued that the Red Devils has achieved a lot this year because they have already garnered more points and scored more goals than last year. With this, one can clearly see that Man United looks at things in a slightly different angle.

They might have a hard time deposing the City from power, but they still decide to look at their accomplishments. It’s more like having an optimistic approach to their current situation, instead of exhausting their selves this season even if taking the top spot is already impossible.

Manchester United was stuck in the sixth spot last year — a far cry from their current situation. The Red Devils stayed at the top two spot all season long, but unfortunately, are still getting a lot of criticism from the fans and the media.
Mourinho expressed his dismay for all these "unneeded" criticisms because he feels like it puts their spirits down. Instead of looking at their shortcomings, why not acknowledge their improvement from last year, he said.

In his own words, Mourinho realized that it's very hard to please people especially if they only scrutinize their losses and not praise their victories. However, the dismayed manager understands the people because Man United is considered as one of the top teams in the league.

And in knowing that they’re bitter rivals with Man City, it makes sense for the media to compare them stat by stat even if it doesn’t work that way. The optimistic manager then cited their defeat at the hands of Sevilla.

Though it was an unfortunate 1-2 defeat on their end, he believed that the game motivated them to do better as they won every game since then. But still, the people failed to acknowledge their achievement.

He then continued his lamentation by saying that they defeated the top six opponents game after game. He went on saying that his players showed great character in crucial moments — that, for him, was enough to call themselves as a powerhouse in the Premier League.

What more do they need to prove? They might have failed to steal the first spot, but their improvement from last year is still too great to be snubbed.

Furthermore, the Man United boss recently hit the headlines after it was discovered that he had spent more than £300 million since he took over the club.
It was upsetting news for the fans as the Red Devils are seen to have failed their attempt to dethrone the City. They've added Alexis Sanches to the line-up, but even that wasn’t enough to dent Man City’s seemingly unending wins.

Because of this, it was reported that Mourinho would have a change of strategy this coming summer transfer window as spending huge amounts on blockbuster transfer deals isn’t the answer to their problem.

Instead, what he’s going to do is to figure out the puzzle of setting his players free and getting new substitutes. Improvement is also key, he added.