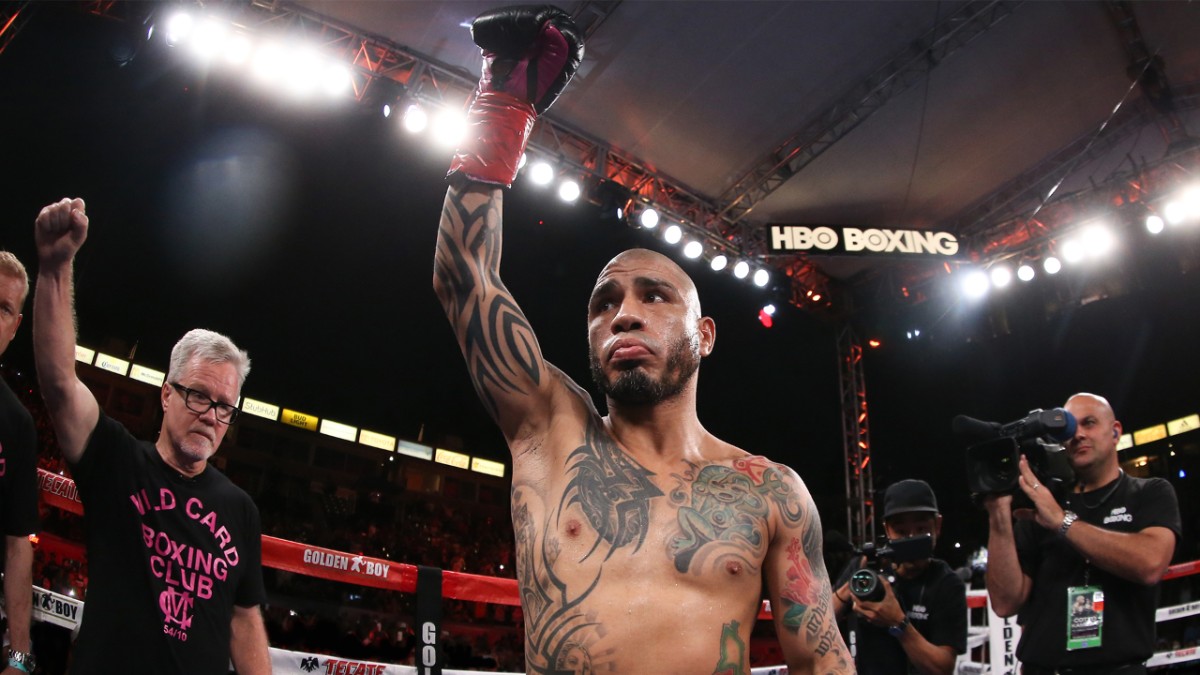 Miguel Cotto bid his boxing career farewell with a defense of his WBO 154 pound title against heavy underdog Sadam Ali at the Madison Square Garden on Saturday night. And while the fight did not go his way, Cotto will always be remembered as one of the best boxers of this generation.

Making The Most Of The Opportunity

The 37 year old Cotto represented Puerto Rico in the 2000 Olympics. As a pro, he became the first boxer from Puerto Rico to win world titles in four different weight classes. Overall, Cotto won a total of six world championships in a professional boxing career that began way back in 2001.

But Cotto’s history did not matter for Sadam Ali, who also fought in the Olympics for the United States in in 2008. The 29 year old Brooklyn native was fighting in his backyard but the crowd of 12,391 at the Madison Square Garden was mostly Puerto Rican, hoping to see their idol finish his surefire first ballot hall of fame career end on a winning note.

But Ali didn’t settle to become just another name in Cotto’s resume. He wanted to make the most of the opportunity that not many expected would go to him:

"I worked hard for it." Ali said."I took advantage of this fight, and I made sure to make it count. I want to thank God and also thank Team Cotto. They could have taken an easier fight if they wanted to."

Supposed To Be An Easy Retirement Fight

When the fight was originally booked, there was no easier retirement fight for Cotto than this. Ali was an 11-1 underdog not only because he was moving up two weight classes higher but because the last time he stepped up his level of competition - against Jessie Vargas for the vacant WBO welterweight title in 2016, he was dropped twice and stopped in the 9th round of a rather one-sided affair.

But that wasn’t the case on Saturday night. Surprisingly ( and perhaps shockingly ) Sadam Ali looked stronger, faster and more determined than Miguel Cotto. And although the odds were stacked against him, Ali knew this was the biggest fight of his career and he came out firing.

After Cotto cruised past the first round, Ali rocked Cotto by landing a clean right hand to the Puerto Rican’s temple area. Moments later, Ali appeared to have Cotto hurt after he landed a left hook. But Cotto recovered quickly. Cotto used a double ( and even triple ) jab to get inside but Ali stood his ground and returned fire. He often caught Cotto with clean punches in the early rounds.

In the sixth round, it appeared like Cotto was finally gaining control. Ali’s left eye started to swell after Cotto began connecting with his trademark left hook. Cotto hurt Ali with a right hand to the head but the challenger smiled and moved away. But it was clear that the tide was turning to the other side.

Cotto continued his onslaught in the seventh round and had Ali back pedalling once again. In his corner, Cotto told trainer Freddie Roach that he felt that the 7th round was his best in the fight. However, Cotto began to feel some pain in his left bicep:

"Something happened to my left bicep, seventh round. I don't want to make excuses. Sadam won the fight. It is my last fight. I am good, and I want to be happy in my home with my family."

With Cotto unable to land his best weapon, Ali took advantage and finished strong. He won the last four rounds in each of the judges’ scorecards. At the end of the fight, all three judges - Julie Lederman ( 115-113 ), Steve Weisfield ( 115-113 ) and Eric Marlinski ( 116-112 ) - scored the bout for Ali, who won via unanimous decision.

Cotto suffered only his second defeat at Madison Square Garden in ten fights. His last loss came almost exactly five years ago- on December 1, 2012 - to Austin Trout, in another big upset. The Puerto Rican ring legend fell to 20-6 in world title fights, some of them the most memorable in this era.

With the defeat, Cotto ends his remarkable career with a final record 41-6 including 36 knockouts. For his victory, Ali improved his record to 26-1 with 14 KOs. It was only the second world title fight of Sadam Ali’s career and his first ever world championship victory. It couldn’t have come at a better time and against a bigger name.

"Good things happen to good people. I've been training since I was eight years old, this is my dream. I'm so happy to be here on HBO, and in my hometown, even though it didn't feel like it because of the Cotto fans. But I'm just blessed.”

As for Miguel Cotto, he may not have finished his boxing career the way he wanted to, but he ends it in his own terms and with his faculties all complete. He also gets his wish to spend more time with his family:

"It is my last fight. I am good, and I want to be happy in my home with my family. Thank you to all the fans. I am proud to call Madison Square Garden my second home. I had the opportunity to provide the best for my family because of the sport."
Cotto earned a guaranteed $2M for the fight and has earned much more over the course of his career. Cotto made a career high $8M in guaranteed purse for fighting Floyd Mayweather Jr. in 2012 and a total of $12M ( including PPV shares ) for fighting Manny Pacquiao in 2009. Cotto’s estimated take home pay for his 2015 showdown with Saul ‘Canelo’ Alvarez was $30M.

Unlike other top boxers, Cotto doesn’t own a fleet of cars or fancy homes. However, he has wisely invested his money is various businesses. In 2015, Cotto was already running a homegrown business empire of 13 gasoline stations and several real estate properties. With his money safe and intact, it’s about time Miguel Cotto enjoys his spoils.