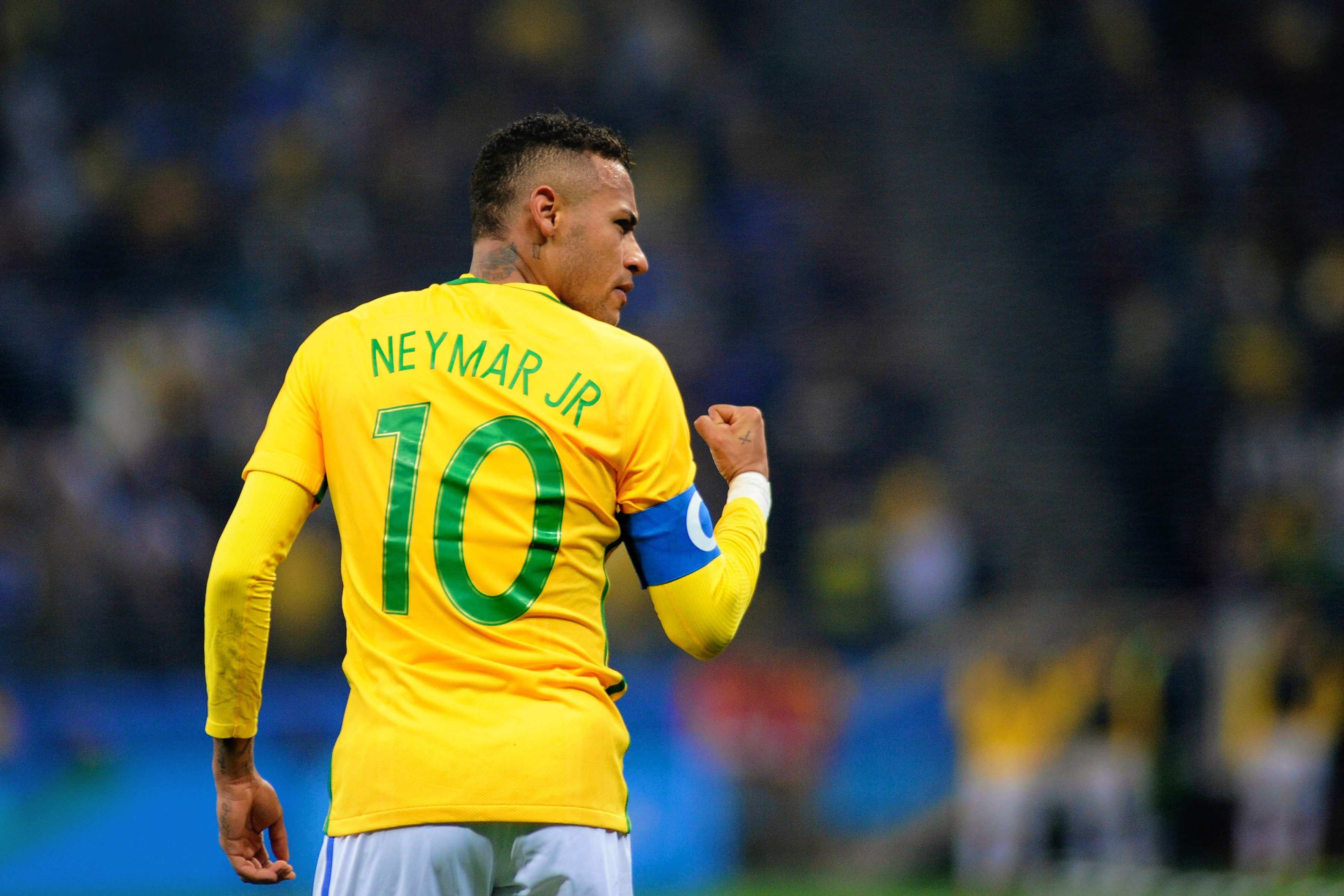 Neymar’s chances of playing for the 2018 FIFA World Cup looked bleak when he sustained a right foot injury. However, things have changed as he recovered faster than expected. Now, he’s geared up for Russia this summer.

It was a tragic moment for Brazilians and PSG fans when Neymar injured his right foot during Les Rouge et Bleu’s encounter with Marseille. His doctors swiftly announced that the injury was far worse than initially expected.

This shook the world and shattered his fans dreams of seeing him perform in Russia. Fortunately, things changed suddenly, and recovery sped. What was initially expected as a season-long hiatus, was reduced to only a few months.

Now, reports have confirmed Neymar to be geared up for this summer’s World Cup. This comes as a surprise as his hairline fracture was initially diagnosed to be a serious case. What made it even more depressing is that they lost that game to Marseille 3-0, thereby risking their Ligue One dominance.

Nonetheless, PSG remains atop the power rankings while Monaco and Lyon trail them. Neymar then underwent a successful surgery last March, and the recovery process started from then on. Now, doctors green light him for World Cup contention this summer.

No one thought he’ll make it to Russia, especially that June is only a few months away. In a FIFA website announcement, Neymar confirmed that he'd be part of Tite’s final roster for the World Cup.

This is a major achievement for the Brazilian squad even though the competition hasn’t yet started. Neymar is one of the best forwards in the league and the world’ most expensive footballer after he transferred from Barcelona to Paris Saint-German last year for a whopping $263 million.

In an interview, Neymar said that he still has lots of time to recover and prepare for the World Cup. He said that experiencing injury doesn’t feel good, but he now feels well rested. Looking at the issue from a positive angle is necessary, he added, as his injury taught him a vital lesson — diligence and patience.

Going beyond your physical capabilities is not an excuse for hard work as it means arrogance, he implied. The 26-year-old also stated that injuries and surgeries are normal for football players. It’s his first surgery, after all, so there’s no need to worry.

With this, it’s very clear that the forward is feeling very confident that he’ll lead his team to another title. His work ethic is still sky-high and his passion to reach the finals is felt on and off the field — great signs that this World Cup will be a great tournament for Brazil.

In another statement, Neymar said that he'd do his best to get back in shape. In fact, he's going to go full-blast on his training as soon as his doctors already allow him to. Dedicating himself even more to the sport is also necessary as this will cement his football legacy, the Brazilian said.

Neymar had been the go to guy of Brazil during the 2014 World Cup. Having scored four goals and contributing one assist throughout his five outings, one can easily say that Neymar is worthy to take on captainship this time around.

However, his current condition is what stops him from being one. Nonetheless, it’s not a matter of if he becomes captain, but just a matter of when. As to when that will be, we don’t know. But one thing’s for sure, and that Tite will make that happen sooner or later — probably this summer.

It’s also worth remembering when Brazilian team experienced one of its darkest days. Neymar sustained a vertebra injury and was ruled out of their quarter-final game against Germany.

The game ended as probably the greatest upset in football as Germany, the then no. 4 team, defeated the no. 1 team, Brazil, 7-1. Embarrassing as it may seem, that’s just what the Selecaos went through. Four years have passed, though, but the memories are still fresh.

Hopefully, it doesn’t mess up with their performance in Russia.

Can he get the world title?

But then again, a lot has changed since their 2014 World Cup quarter-finals elimination. A number of players have come and gone, Dunga was replaced by Tite in 2016, and Neymar just got a lot better.

Four long years playing in the La Liga surely helped him improve his skills — let alone playing in Barcelona together with the world’s best player, Lionel Messi. Though he’s been playing under Messi’s shadow at Camp Nou, it was still for the best as he observed the ins and outs of the sport, both on and off the field.

And it turned out great! Just look at the jaw-dropping $230 million transfer deal he got from Paris Saint-Germain. Playing for the number one club in La Liga had already benefited Neymar a lot. But transferring to another number one club in the French Ligue One is nothing short of brilliant.

The amount of experience, skills, and lessons he learned surely have honed him to be one of the elites. Now, Neymar is fully-prepared to take on a beating in this year’s World Cup.

Even the arguably best footballer of all time, Pele, said in an interview that he fully trusts Neymar to lead Brazil to another trophy. However, the only player to have won the FIFA World Cup three times said that there lies a certain amount of uncertainty with Neymar’s situation.

However, there’s no need to worry because his level of fitness is too high that his injuries will surely recover fast. Pele even said that he hopes Neymar will follow his footsteps and also win three FIFA World Cup titles.

Meanwhile, Pele also named Brazil’s toughest contenders this World Cup. He mentioned Germany, France, and England as the teams to look out for. Mesut Ozil is in peak condition and has greatly improved since the last time they met.

The ever-versatile Harry Kane will play for England. While the French have a star-studded team — Paul Pogba, Olivier Giroud, and Antoine Griezmann. It’s surprising though that Pele didn’t mention Spain and Portugal, knowing that the Spaniards are on top of the power rankings while Portugal has the almighty Cristiano Ronaldo.

Neymar and his top picks

Brazil will be facing Switzerland in their game opener on June 17. The Swiss team is short of talent. Granit Xhaka and Yann Sommer might be on the roster, but we all know how they perform — they're a jack-of-all-trades/master of none.

Neymar can easily trample them even without Philippe Coutinho’s help. Neymar knows that they’ve got the upper hand, especially if you add Coutinho and Gabriel Jesus in the equation.

Coutinho is an elite midfielder. Long shots, key passes, and taking set-pieces are his greatest strengths — just what Neymar needs to bolster his offensive game. Then there’s Jesus that does the ball holding and finishing attempts.

His prowess in headings also comes as a bonus. Combine the two’s signature skills with Neymar’s, and you've got yourself a power trio.

According to one report, Neymar said that Coutinho and Jesus are two of his favorites in the team. This might mean that he’ll play closely with the two, which also makes perfect sense as they have similar gameplays. For sure they’ll sync well with each other.

When that happens, then there’ll be no stopping Brazil from achieving World Cup dominance.