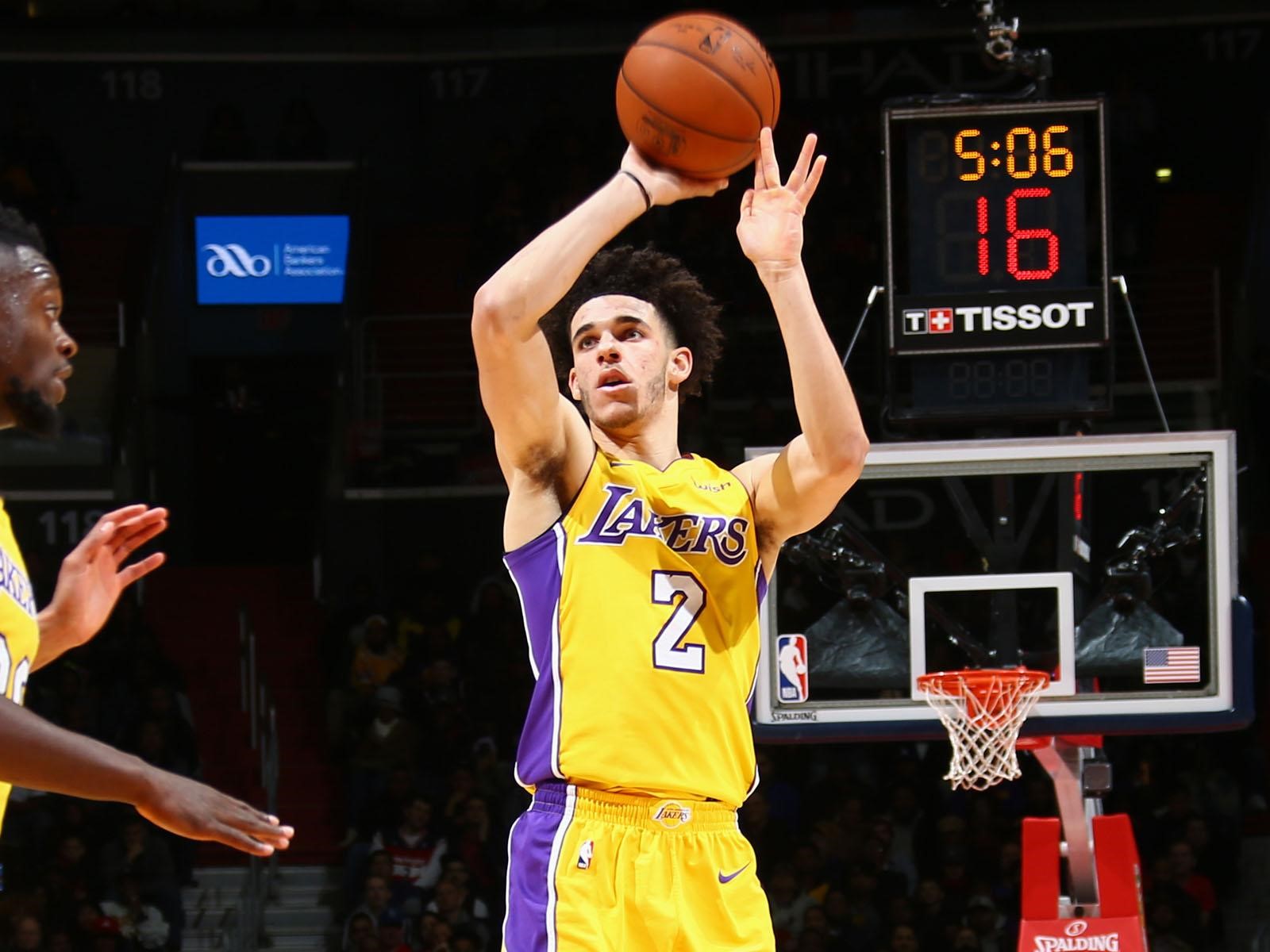 Lonzo Ball has been the most talked about NBA rookie since perhaps LeBron James. But obviously, the comparison ends there - for now. While James dazzled the crowd the moment he stepped into an NBA court, Lonzo has been polarizing from day one.

In some ways, he has validated the hype that has been created around him. He sees the floor better than most players. His court vision is something that cannot be learned. He makes the right passes, almost all the time. You find yourself an open space and he will find you. Even if he doesn’t get the dimes, his passes lead to assists. 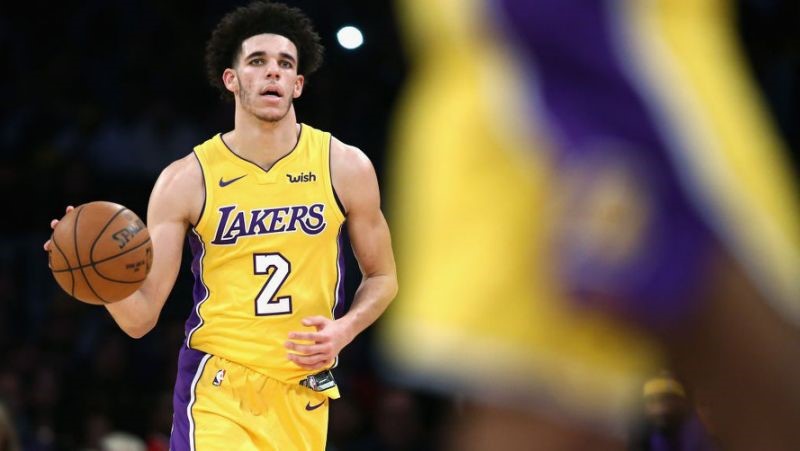 Then there are also other strong points. Like he is a very active rebounder for a guard and a player his size. He is fifth among rookies in rebounding at 6.4 boards per game. He’s got good hands too, making deflections and completing steals. In fact, Ball’s 14 steals through 12 games played are tied for the fourth most among NBA rookies.

Surprisingly, Lonzo Ball has already recorded 10 blocks tying him for fourth most among rookies and the highest by a non-frontline playing first year player. Despite getting lost on picks and getting left behind by faster and quicker point guards, Ball is an aggressive defender. He contests 7.8 shots per game, the second most among rookie guards. 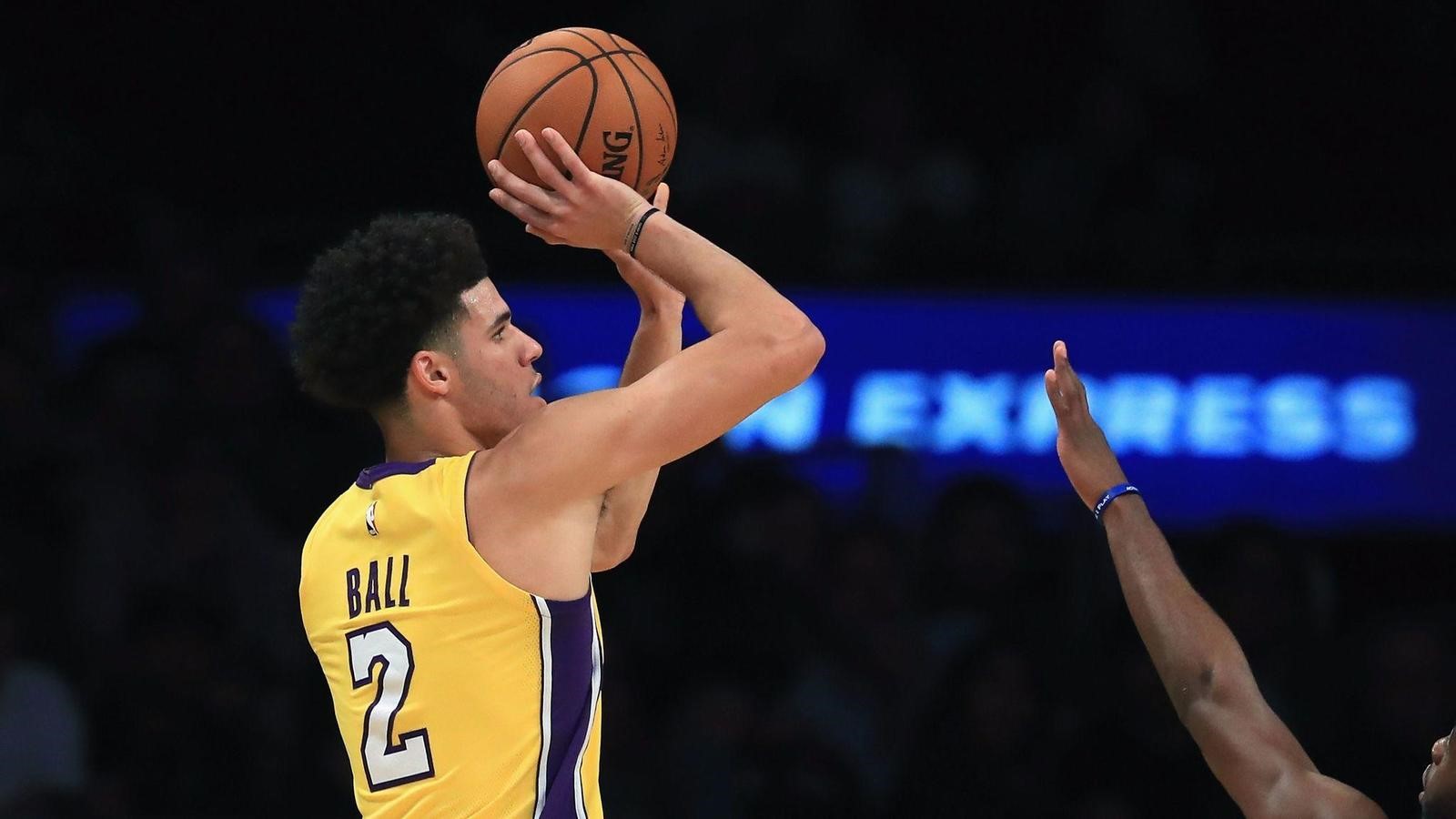 But if you watched Lonzo Ball against the Washington Wizards on Thursday, he was missing one jumper after another - Long ones, mid range ones and short ones. Watching him shoot was almost unbearable. Ball finished that game shooting 3-12 from the floor, including 1-7 from beyond the arc. But as a rookie, you can give him that. After all, it was just one game. However, for Lonzo Ball, it has not just been one game.

Since the NBA season began a month ago, Lonzo Ball’s shooting has been consistently horrible. In 12 games played, he’s shot the ball over .400 only twice and .300 once. Heck, he’s even had a couple of games where he didn’t even top the .200 shooting mark. Now that’s atrocious shooting really.

Four days ago, the Sporting News noted that Zo’s woeful shooting has already given him a record nobody else wants:

One game later, Ball’s shooting percentage even dropped further at 29.5%. According to ESPN’s Elias Sports Bureau, that’s the second lowest field goal percentage a player has shot in the first eleven games of his NBA career ( minimum of 100 shots taken ) since the shot clock era began in 1954-55. 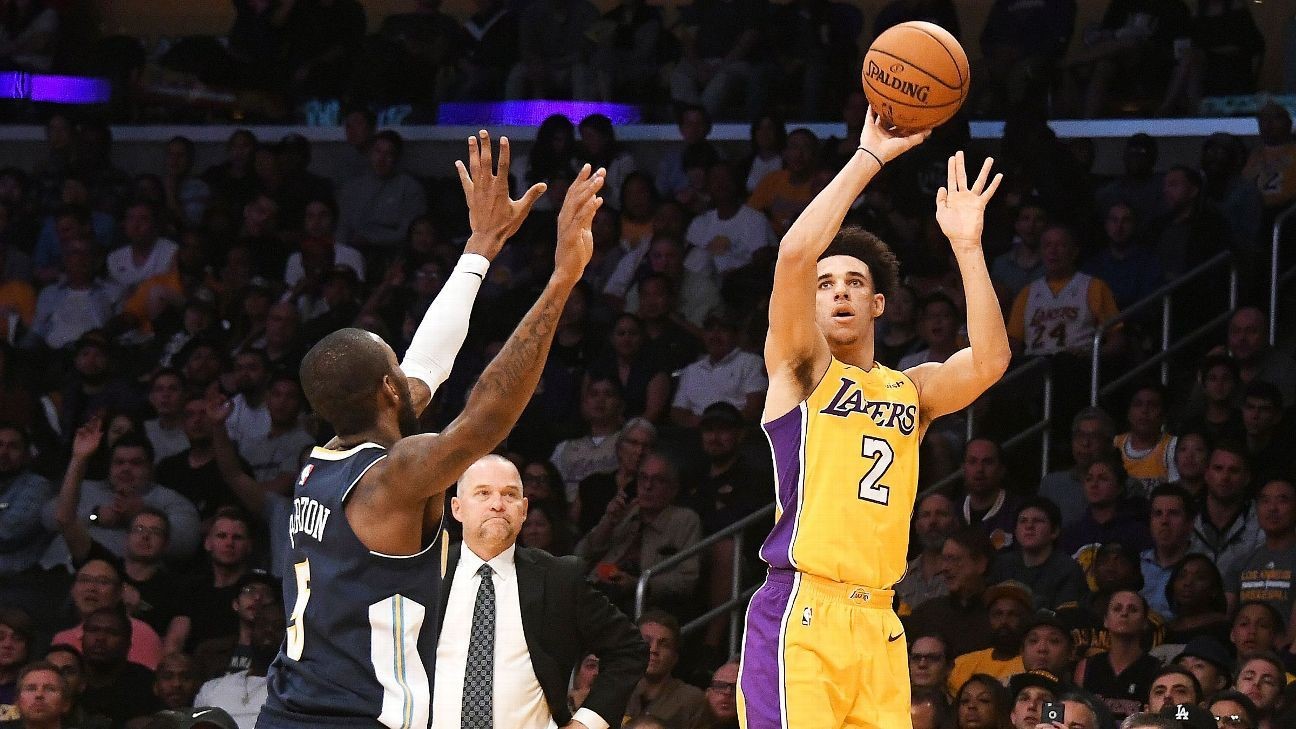 Against the Wizards on Thursday, Ball almost became the youngest player in NBA history to record a triple double. He flirted with that record by posting 10 points, 8 rebounds and 8 assists. But as we earlier said, he shot 3-12 from the field that night and with that, his season shooting average further regressed to 29.2%. That’s the worst FG% in the entire NBA by someone who has taken at least 75 field goal attempts.

Ball is also shooting a horrendous 22.0% from the three point area. That inaccuracy puts Lonzo at 277th in the league in that department. Among player who’ve taken at least 50 three pointers this season, Ball has the worst three point shooting percentage in the entire NBA.

But what makes Ball’s shooting woes even worse is the fact that he isn’t just missing his jumpers. He’s missing virtually everything. Ball is shooting 36.8% at the rim ( less than 5 ft from the basket ), the worse on the entire Lakers line-up. It also makes Ball the only player in the NBA with more than 50 attempts from that area to shoot less than 50%.

Need To Make The Shot 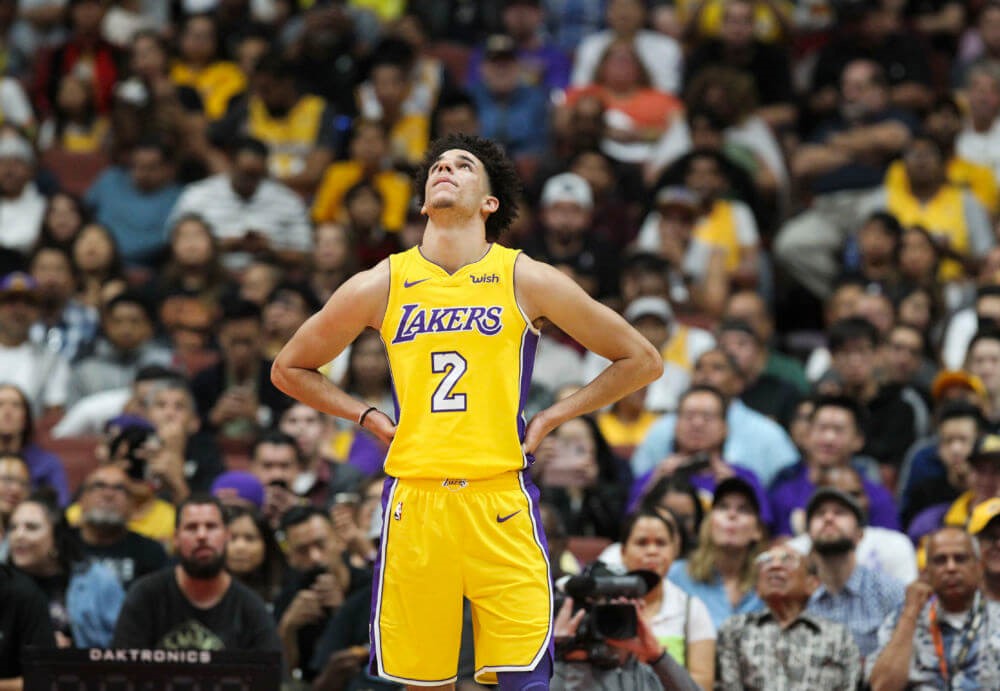 Now shooting .400 isn’t really good enough for any basketball player. But the point we want to make is that when Lonzo Ball has a decent shooting night and when he can put points on the board, the Lakers have won. Two games is too small a sample size to make a conclusion but it’s an indication.

Lonzo Ball’s main weapon is his passing. But in order for him to generate offense for his teammates, he’s got to make himself a scoring threat too. When he runs the pick and pop with Brook Lopez, defenders would just chase Lopez because they know that Lopez has a better chance at making the three than Lonzo has at scoring at the rim. When he gets a pass in their half court set, the defenders would rather defend his passing angles rather than challenge him knowing he’s going to miss the shot. 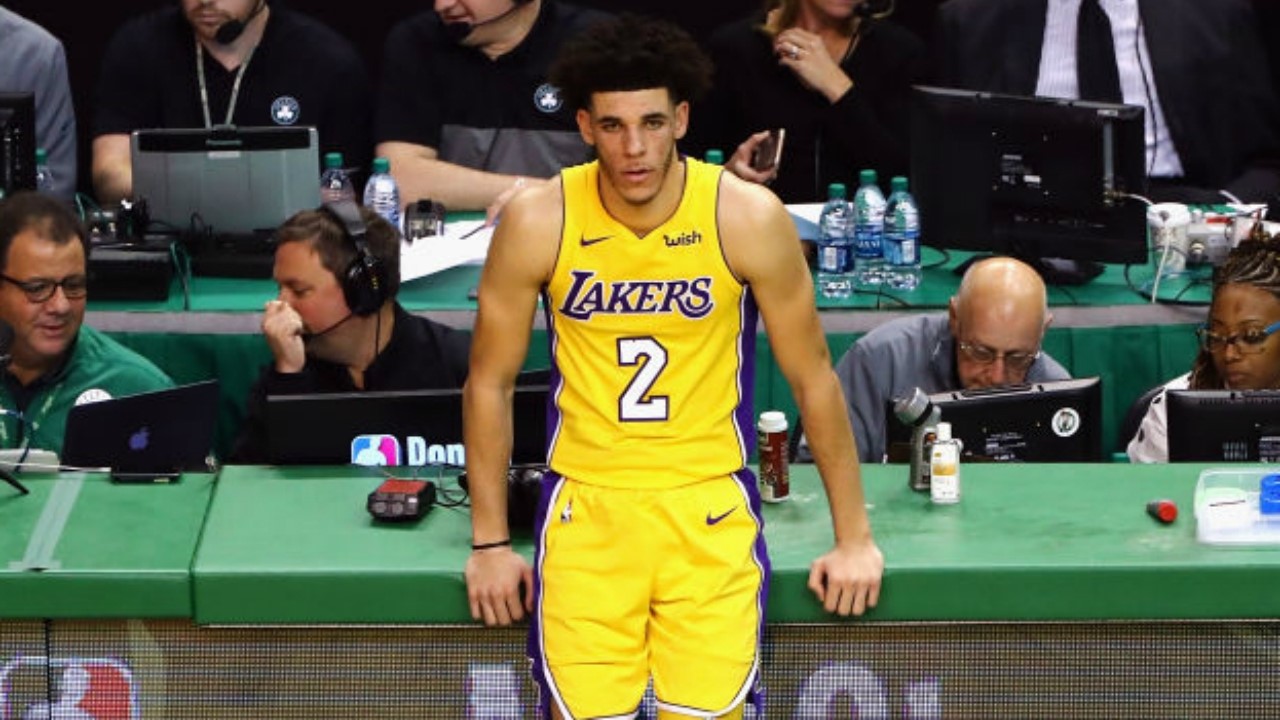 It wasn’t supposed to be this way. Not in Lavar Ball’s fairy tale story. Not in Lonzo Ball’s collegiate stats. At UCLA, Ball shot .551 from the field and .412 from behind the three point line. But he is no longer playing boys, he is playing against men. Night after night, he’s matched up with bigger, longer and stronger guards. When he gets to the basket, he is met by the seven foot forwards and centers who are way more athletic than him.

Despite that, Lonzo Ball played 36 collegiate basketball games and shot well. He’s played just 12 NBA games and has shot miserably. The point is he can shoot that leather. It’s just that he hasn’t shot it that way at this new level. Ball admitted that his shooting woes are in his head. Maybe he is overthinking. Maybe the pressure that LaVar put on him has gone to his head. But if the problem is all psychological, he should be fine.

Lonzo Ball brings a kinetic energy that makes the game faster. His court vision and passing are clearly special. You know that as he puts on weight and gets stronger, he can finish at the rim, even without just above average athleticism. But that jumpshot is a real problem and until he proves he can hit it with consistency, he will never be able to reach his full potential as a basketball player. That jumper is going to decide whether he’s going to be a superstar or not in the NBA.