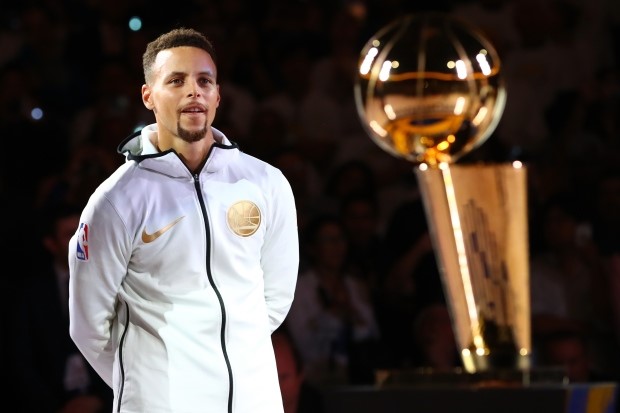 Steph Curry Is Still The Most Important Player in Golden State

For two years, Stephen Curry was the most celebrated basketball player on planet Earth and the undisputed best player of the Golden State Warriors. He won back to back MVP awards ( including the first unanimous selection ) from 2015-16, hoisted the NBA championship trophy in 2015 and led the Golden State Warriors to an NBA all-time best 73 wins in 2016.

The Kevin Durant arrived ( via free agency ) last season. The 2014 MVP quickly took over as the Warriors’ leading scorer. During the 2017 NBA Finals, Durant had his finest moments as an NBA player. KD played tremendous defense on LeBron James while hitting one big shot after another for the Warriors. None was bigger than the dagger go-ahead three pointer in Game 3 which virtually broke Cleveland’s back.

For his marvelous Finals performance, Durant was named as the 2017 NBA Finals MVP as Golden State won its second title in three years. And with that, he seemingly took Curry’s place as the Golden State Warriors’ main offensive weapon and most valuable player.

Picking Up After A Slow Start 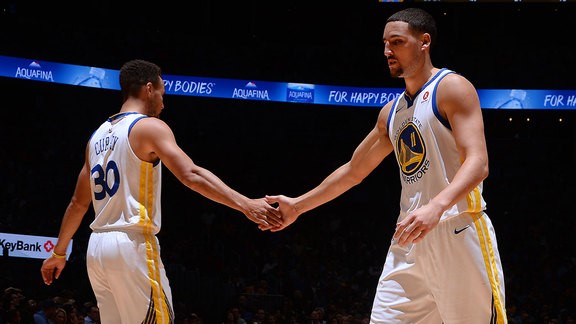 Enter the 2017-18 season. With the best offensive team in the entire galaxy, the Golden State Warriors are once again favored to win the NBA title. But the season did not begin as expected. After a surprise 122-121 opening day loss to the Houston Rockets, the Dubs tumbled to an early 4-3 record. But since then, the Warriors have picked it up after the slow start.

The Warriors are currently on a five game winning streak ( as of 11/10/17 ) and have been dominating the opposition during this stretch. The Dubs have won each game by a winning margin of at least 15 points. According to NBA.com, this is only the second time in franchise history that they have accomplished the feat.

During this streak, the Warriors beat their opponents by an aggregate margin of 108 points. Golden State defeated the Los Angeles Clippers by 28, the San Antonio Spurs by 20, the Denver Nuggets by 19, the Miami Heat by 17 and most recently the Minnesota Timberwolves by by 24 points.

Back At The Top 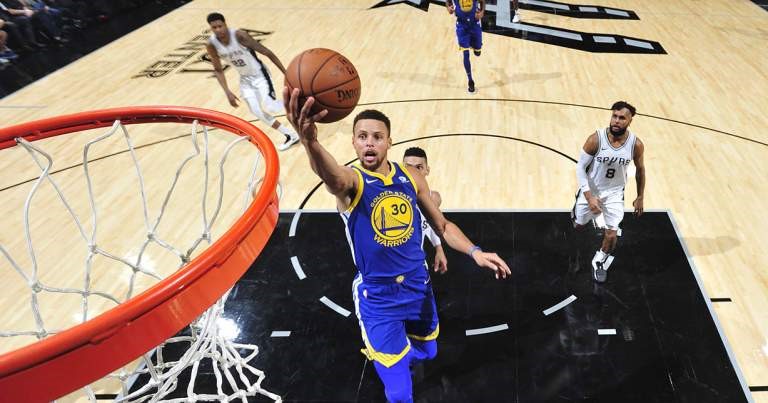 As it stands now, Golden State has taken its rightful spot on top of the Western Conference standings. Currently, they are tied with the Houston Rockets for the best record in the conference at 9-3. The Warriors also have the second longest active winning streak behind the Boston Celtics who have won 10 in a row and own the league’s best record at 10-2.

Offense has always been the Warriors’ calling card and it’s what’s been one of the keys to this five game winning streak. Last season, the Warriors finished with an offensive efficiency of 113.2, the highest average the NBA has seen in 30 years. The Warriors have upped that to 116.2 this season, including 117.1 in the last five games.

But aside from being an offensive juggernaut, we also know the Warriors to be an excellent defensive team. Last season, they finished second in defensive efficiency at 101.1. This year, the Dubs are giving up a point more per 100 possessions at 102.0 but in the last five games, they have handcuffed their opponents to a measly 93.1 points per 100 possessions. 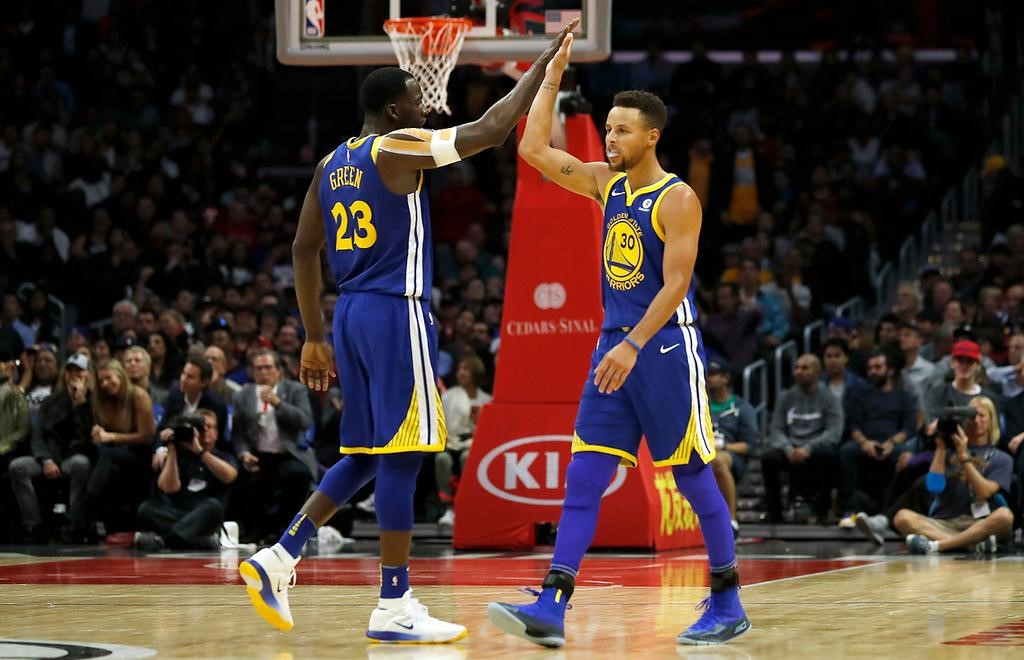 The Warriors’ success can be attributed to a total team effort because after all, this is the most unselfish team in the league at 31.0 assists per game. During Wednesday’s win over the Timberwolves, the Dubs tied a season best 37 assists, including 15 from every made three point basket in that game. That’s really impressive teamwork.

In that game, Kevin Durant did not play for the Dubs as KD was sidelined with a thigh injury. The injury is considered minor and Durant is expected to play in their next game. But even without Durant, the Warriors had little trouble in disposing of the Timberwolves on their way to a fifth consecutive victory.

While Durant remains as the best offensive weapon for the Dubs, he isn’t the most valuable player on the team, at least that’s what the stats are currently saying. Many people want to believe that Durant has taken over as the Warriors’ best player but the numbers for this young season are saying otherwise. 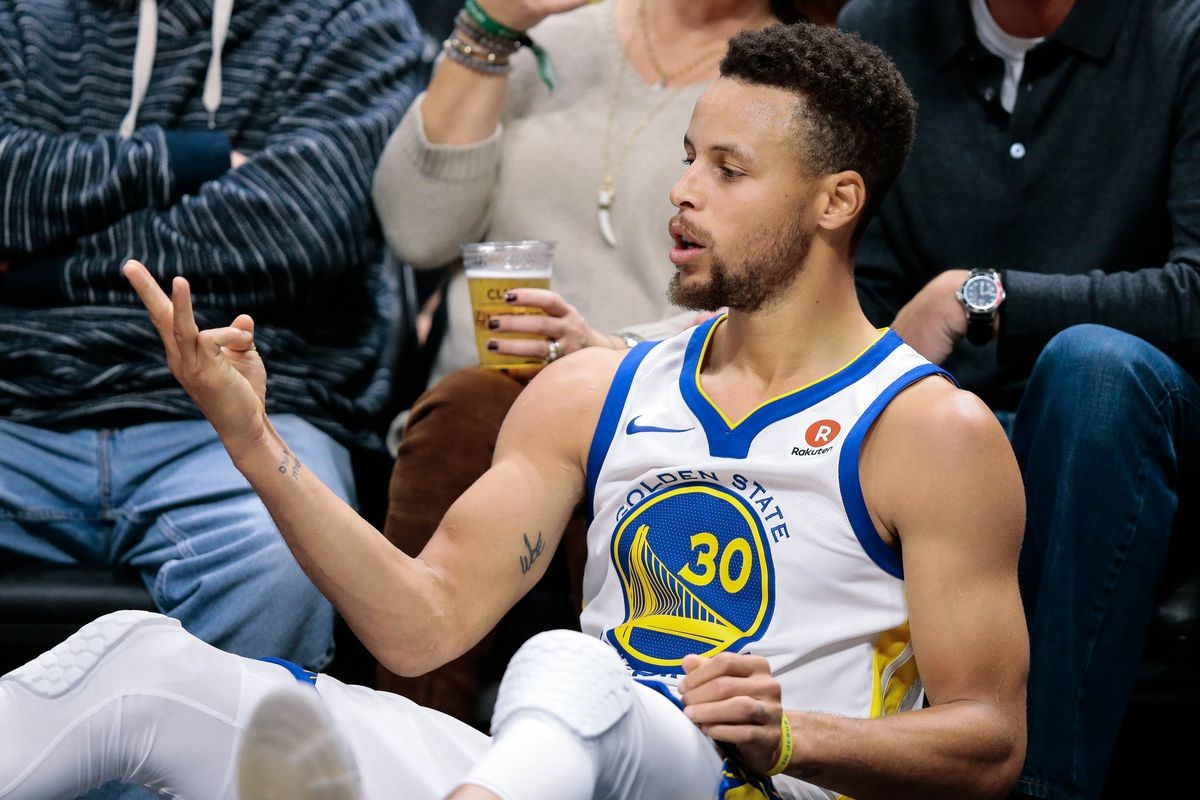 Interestingly, Stephen Curry and Kevin Durant have the same number of field goal attempts per game at 16.5 thru 12 games played. Their scoring averages are also almost identical with Steph leading the team at 25.4 points per game and Durant close behind at 24.8.Durant has the edge in rebounds 7.7 to 4.8 but Curry has the advantage in assists at 6.5 against 5.0. Defensively, they cancel each other out with KD’s 2.5 blocks per game and Steph’s 1.8 steals per outing.

Using advanced metrics though, we find Stephen Curry to have the clear advantage over Kevin Durant as the Warriors’ most important player. Curry has the better offensive rating than Durant and the better Player Efficiency Rating at this point of the season. Steph also has the better win shares per 48 minutes numbers than KD.

When Stephen Curry is on the floor, the Warriors score 124.5 points per 100 possessions. When Steph is off the court, the Dubs only manage to produce 102.2 points per 100 possessions. Curry’s net rating of +22.3 is way above Durant’s +12.9. This isn’t saying that Curry is better than Durant but Steph’s presence on the court has a bigger impact than Durant ( or any other player in the Warriors’ roster for that matter ).

We still have a long way to go this season and those numbers may change by the time it’s over. It may even change next week, the week after next, next month or whenever. But one’s thing sure here. Stephen Curry has not lost his luster, not even a bit of it. Kevin Durant may be the best player in the Golden State Warriors’ team. But when it comes to importance, Stephen Curry’s value cannot be denied. It’s just often overlooked.