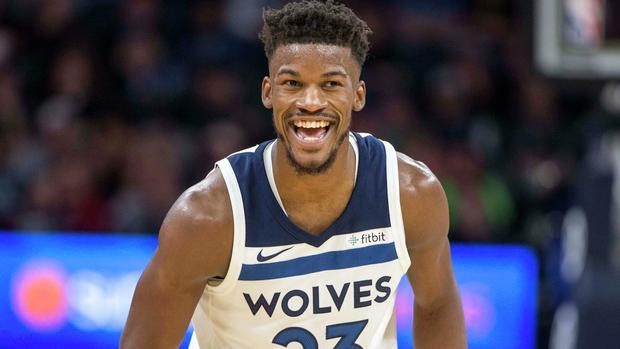 The Jimmy Butler Effect In Minnesota

The Minnesota TImberwolves have not made the playoffs in 13 consecutive seasons. But something tells us that this season is going to be very different.

After a slow 1-3 start to the 2017-18 NBA season, Minnesota racked up five consecutive wins to move up to 7-3. Now that’s not certainly the best record in the league. But it’s a huge accomplishment already for the franchise because this is the first time since 2007 that the Wolves are four games above the .500 mark.

Minnesota made several moves last summer and these are starting to reap their dividends. The moves began on draft night when the Wolves struck a deal to acquire the Chicago Bulls’ All-Star guard Jimmy Butler in exchange for slam dunk king Zach Lavine and point guard Kris Dunn. 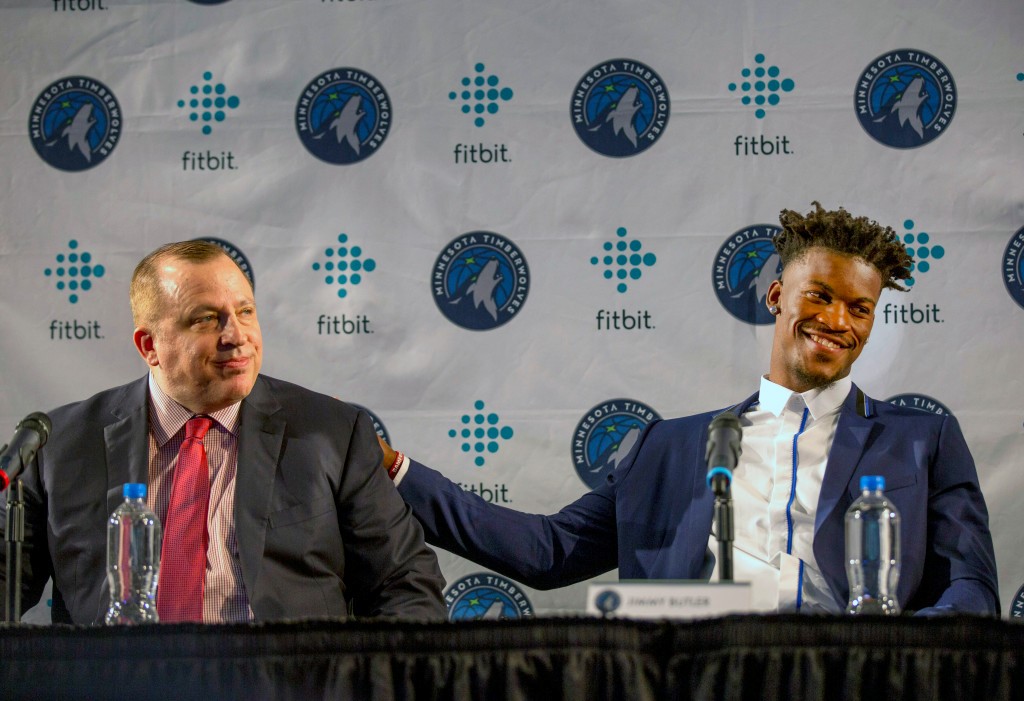 As part of the Jimmy Butler trade, the Wolves and Bulls also swapped their first round picks in the 2017 NBA Draft. In doing so, Minnesota moved down nine spots in the draft to pick 16th overall. The Wolves selected seven footer Justin Patton but the former Creighton standout has not played a single game yet after suffering a broken foot in practice.

The 7th pick turned out to be Finnish sensation Lauri Markkanen who is being touted to be the ‘next Dirk Nowitzki’. The former Arizona standout is having an excellent season with the Bulls, averaging 16.3 points, 9.0 rebounds and 1.3 assists per game while shooting 2.8 three pointers per night at a .379 clip.

But while Markkanen currently looks like a lost opportunity for them, the Minnesota Timberwolves won that deal on the bigger picture. The key to the deal was acquiring an excellent two-way player in Jimmy Butler. 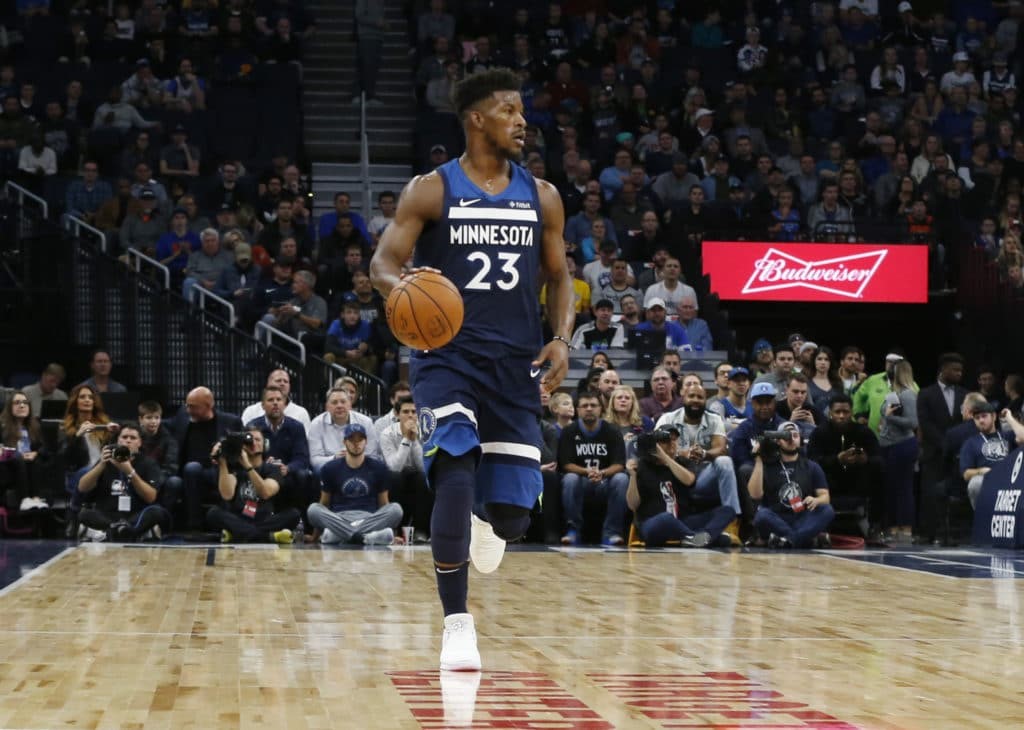 Butler was the Bulls’ franchise player. The former Marquette star was drafted by Chicago with the 30th pick of the 2011 draft and he developed into one of the league’s best two guards. Butler was the NBA’s Most Improved Player in 2015 and made three All-Star game appearances from 2015-2017.

As one of the league’s best individual defenders, Butler is a three-time member of the NBA’s All-Defensive second team, getting the nod from 2014-2016. Last season, Butler averaged a career high 23.9 points per game in Chicago and was named to the All-NBA third team. But while he was putting up great numbers, his tenure in Chicago was tumultuous.

In 2015, Butler challenged head coach Fred Hoiberg with his ‘coach harder’ comments. In his final years with the Bulls, he also feuded with some teammates and his leadership skills were also questioned. When all was said and done, the Bulls decided to ‘set a new direction’ and let Butler go. With the Wolves being coached by former Bulls bench tactician Tom Thibodeau, Minnesota went after Butler and got their man. 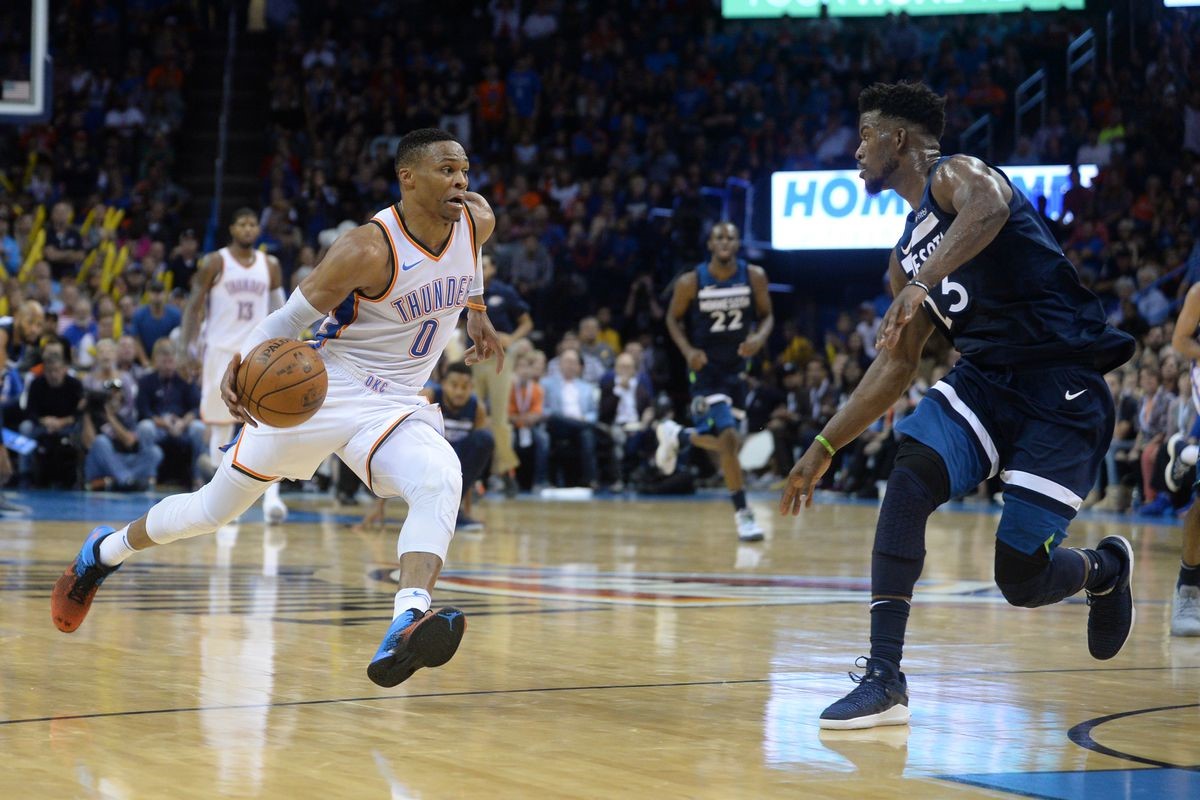 Surprisingly, Butler has played a different role in Minnesota. With their loaded line-up, Butler is only 5th in the team in usage rate. At 19.9% usage, Butler barely cracked the Top 100 in the league which is a far cry from last season where he ranked 32nd at 26.6%.

As a result, Butler has seen his scoring average drop to 15.1points per game. He has also shot the ball at .433, his lowest in four seasons. Butler’s 12.1 shot attempts per game are also the least since 2015. But while the drop is noticeable, offense isn’t what makes him important to the team.

With scorers like Karl Anthony Towns, Andrew Wiggins, Jamal Crawford and Jeff Teague in the line-up, scoring is the least of Jimmy Butler’s worries in Minnesota. In fact, it’s not even the main reason why he was brought in. Thibodeau wanted Butler to be the defensive anchor on his team and Butler fits the shoe perfectly. 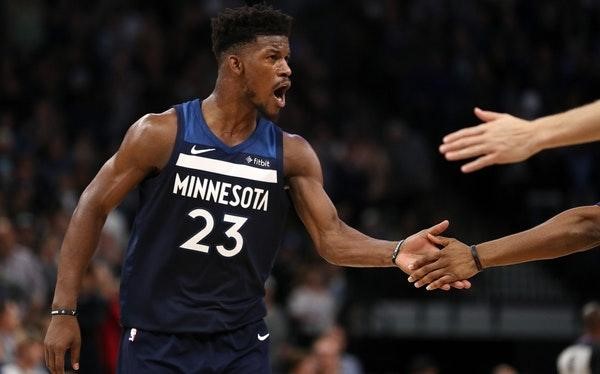 The Wolves were 26th in the NBA in defensive efficiency last season at 109.1 points per 100 possessions and coach Tom Thibodeau brought in Butler primarily to address that weakness. If you look at the stats now, the Wolves are no better in that category and are in fact one spot lower at 27th with 108.2. But if you examine closely, you will notice the Butler effect.

The Wolves are 7-1 when Jimmy Butler is playing this season. In four of those seven victories, the Wolves have held their opponents to below 100 points including their last three victories. Butler missed two games earlier in the season with an upper respiratory infection. The Wolves lost both games and they gave up 130 and 132 points in those two games.

Butler leads the team in steals at 1.6 per game and the Wolves are still learning to play with Butler leading the defense. But with the early indications, it appears that Butler’s presence not only improves Minnesota’s defense, it also transforms them into a winning team.

Winning Is What Matters 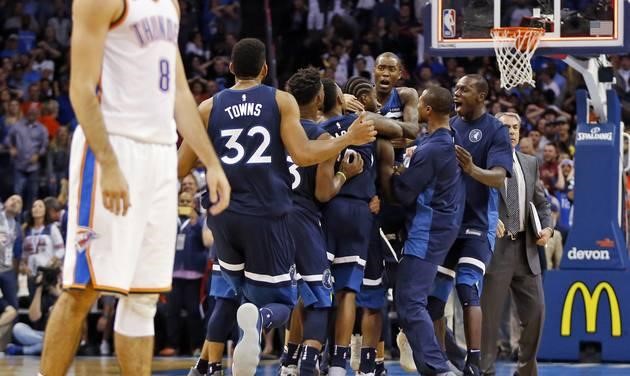 Despite finding early success, Butler believes that there is still plenty to improve for his new team. Said Butler via the Star Tribune:

“Everybody’s smiling, everybody is having fun and if we continue to do that, we’re going to be a really good team, don’t get me wrong,” Butler said. “But there are a lot of things we have to fix in order for us to go where we talk about going, where we see ourselves at the end of this thing. We have to be a lot better.”

As for his personal numbers which have taken a dive because of his new role on his new team, Butler says they don’t matter because only winning does:

“Like I said my whole career, as long as we’re winning I don’t give a damn what my stats are. I think winning makes everybody happy.”

Words of a true leader. It’s surprising why the Bulls questioned Butler’s leadership especially with the way he’s playing now in Minnesota. Jimmy Butler is happy and so are his teammates. With the way that they have began the season, coach Thibs must also be very happy. Most importantly, the fans are happy with the Wolves’ excellent start.

Maybe Jimmy Butler wasn’t the problem in Chicago after all. How far Minnesota goes will be proof of that.