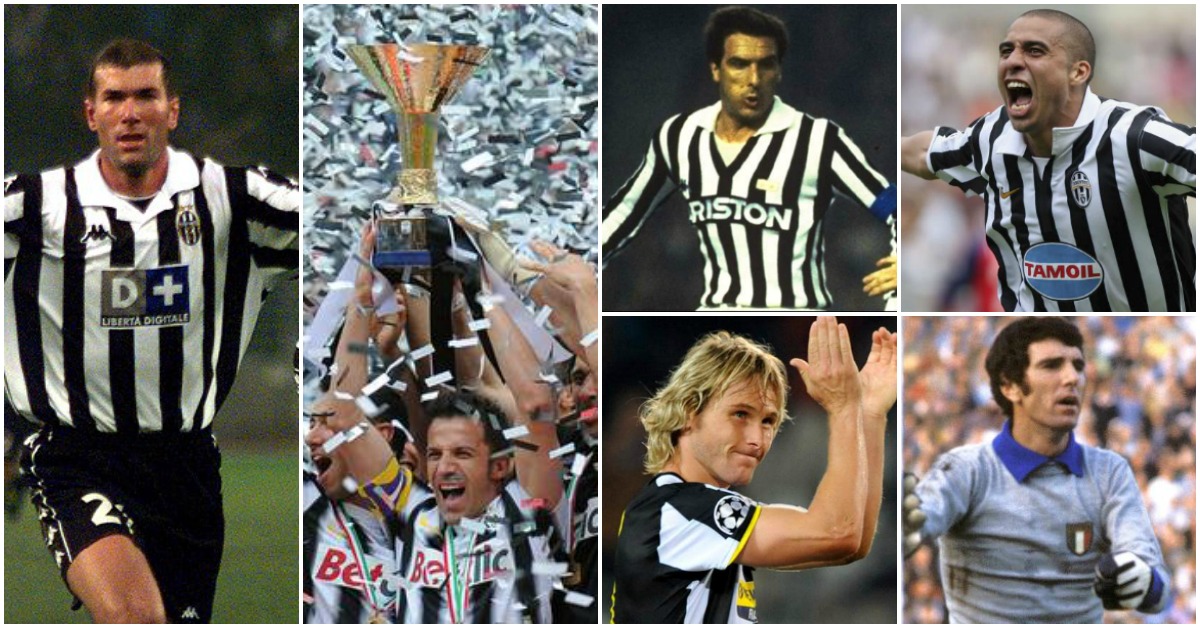 The Top Juventus Players of All-Time

Juventus Football Club is an association football club based in Turin, Piedmont, Italy. Founded in 1897, it is the second oldest active club in the country. Juventus is also the winningest football club in Italy with 63 national and international titles in its trophy case. This includes 33 league titles, 12 Copa Italia titles and 7 SuperCoppa Italiana titles, all of which are current records. Juventus also ranks fourth in Europe and 8th worldwide with the most trophies won.

Like the other great football clubs in the world, there have been many great players who have played part in its success. Once again, we’ve picked the biggest names who have impacted Juventus like no other.

Check out the Top Juventus players of all-time: 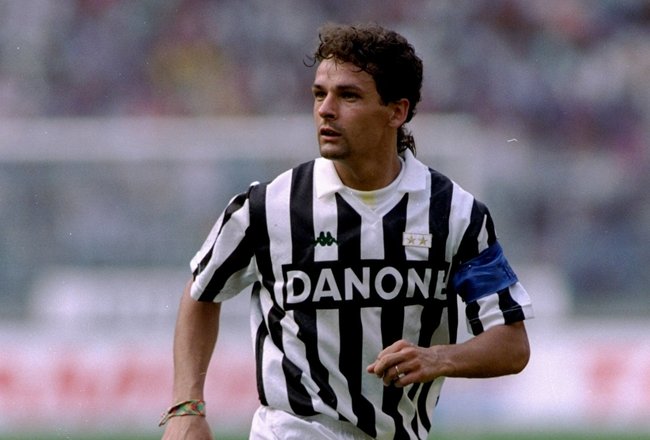 Known as ‘Il Divin Codino’ or the ‘Divine Ponytail’ because of buddhist beliefs and hairstyle.

Roberto Baggio may have had the most popular ponytail in Juventus history but he is also recognized as one of the greatest footballers of all-time. Baggio was the star of the Italian team which placed second in third in the 1990 FIFA World Cup. During the same year, he moved to Juventus for a world record transfer fee. Baggio was the World Soccer Player of the year in1993 and FIFA World Player of the year in 1993. 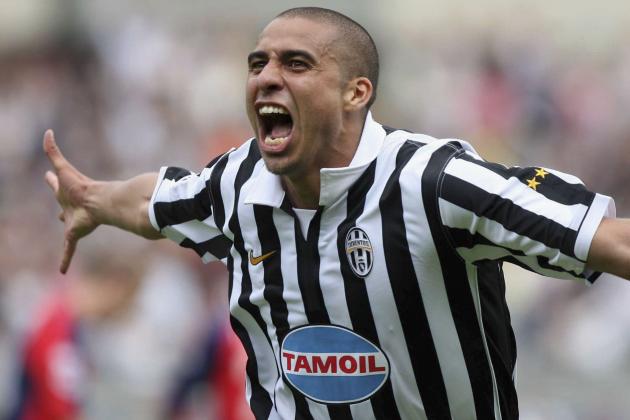 Probably the best poacher we’ve ever seen in football.

David Trezeguet had the uncanny ability to be seemingly absent for most part of the game and then end up in the scoresheet. He did so not the old fashioned way but by creating scoring opportunities unconventionally- with his head or with a loose ball in the box.

Trezeguet played 10 years with the Old Lady and he finished as its top foreign goal scorer ever and the fourth highest scorer of all-time. He won two Serie A, 1 Serie B and 2 SuperCoppa Italiana with Juventus. He also helped the club to runner-up finishes in the 2002-03 UEFA Champions League and Coppa Italiana in 2001-02 and 2003-04. 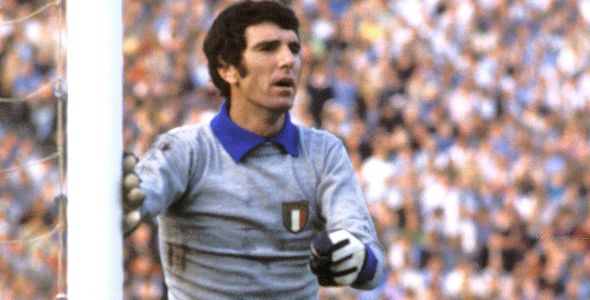 One of the best goalkeepers of all-time, Dino Zoff combined athleticism and mental toughness in between the sticks.

He holds the record for most minutes without allowing a goal in international competition, holding opposing sides scoreless for 1,142 minutes from 1972 to 1974. He was named by the IFFHS as the 3rd greatest goalkeeper of the 20th century. For his achievements, he was named as Italy’s Golden Player of the past 50 years.

In 11 years with Old Lady, Zoff won 6 serie A titles, 2 Coppa Italia crowns and UEFA cup. He also was part of Juventus’ runner-up finishes in the 1973 Intercontinental Cup and the 1973 and 1983 European Cup. In 1982, he became the oldest player to win a World Cup at 40 years, 4 months and 13 days. Zoff was also awarded as FIFA World Cup Best Goalkeeper of that tournament. 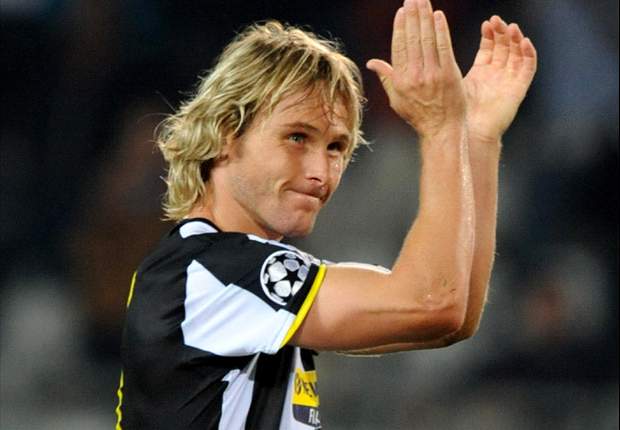 After he was signed to replace Zinedine Zidane, the ‘Czech Fury’ played some of his best years in Turin.

In 2003, Pavel Nedved became the second Czech player ( the first since the break-up of Czechoslovakia ) to win the Ballon d’Or as Europe’s top footballer of the year. In the same year, he was named as the World Soccer Players Award Footballer of the Year. The following season, Nedved won the Golden Foot. Locally, he was awarded by the Czech Sportswriters the 2004 Golden Ball for the fifth time in a seven year period.

Nedved steered the Bianconeri to the Serie A title in 1999-2000, two Coppa Italia, two Super Coppa Italiana, 1 UEFA Cup Winners Cup and 1 UEFA Super Cup trophy. He was also part of the Juventus team which placed 2nd in the 1997-1998 UEFA Cup. 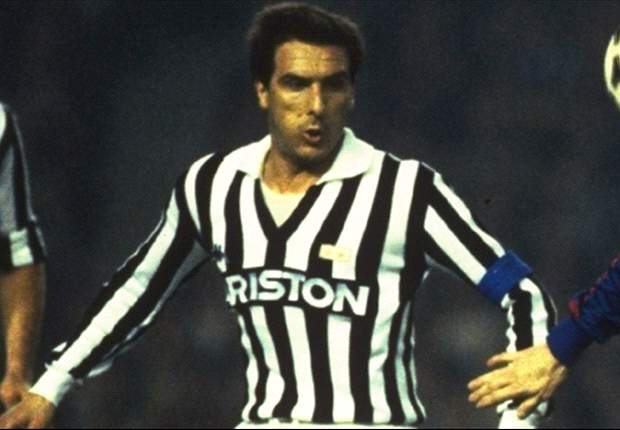 He is one of the best defenders of all-time but Juventus fans will always remember him as the beloved ‘Captain’.

Gaetano Scirea was a very skilled defender. But unlike most defenders, he didn’t use rough tactics. Instead, he was a man of fair play, sportsmanship and class. In fact, he was never given a red card in his entire career. His entire career was almost exclusively spent with the Old Lady and it was filled with success.

Scirea aided Juventus in winning 7 Serie A titles, 2 Copa Italia trophies, 1 European Cup, 1 UEFA Cup, 1 UEFA Super Cup, 1 UEFA Cup Winners Cup and 1 Intercontinental Cup. He is one of five players in European Football history to win all UEFA and FIFA recognized international trophies and he did so with Juventus. 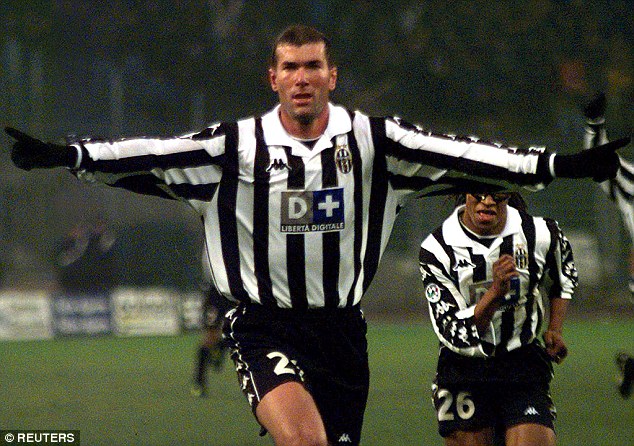 Zidane was an all-time player in every stop of his illustrious career. His stay at Juventus though was nothing short of magical and is forever carved in its history.

The French National hero had an immediate impact with the Bianconeri. After his transfer, Juventus won the 1996 Intercontinental Cup and the 1996-1997 Serie A title. The following year, he helped Juventus retain the Scudetto by scoring seven goals in 32 matches. In 1998, he won several individual honors including the Ballon d’Or, Onze d’Or, FIFA World Player of the Year, World Soccer Awards Player of the Year and French Player of the Year. 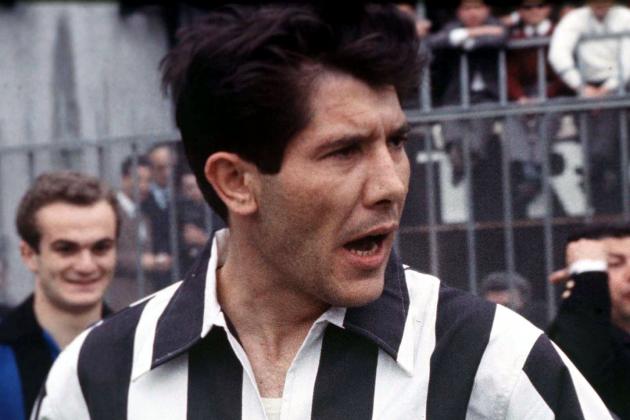 Together with John Charles and Giamperio Boniperti, Omar Sivori formed a deadly trio for Juventus in the 1950s to 1960s period. Sivori was a phenom that was hard to stop once he was one the receiving end of a John Charles slap.

Sivori won the Ballon d’Or as Europe’s top footballer in 1961 and on the year of that personal feat, he scored the only goal in Juventus’ 1-0 win over Reald Madrid, making the Bianconeri the first Italian club to win at the Santiago Bernabeu Stadium. 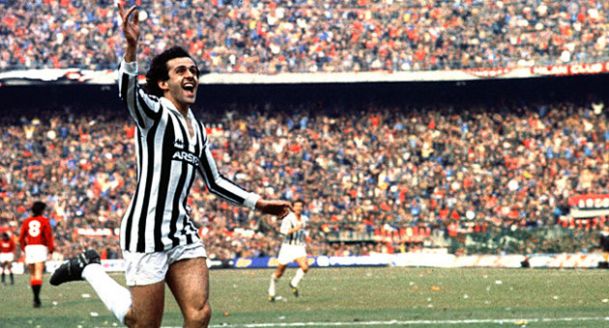 He came close to leaving Italy during the winter of his first season because of the demanding Italian media. But he stayed and it was an intense spell with great success.

Michel Platini was the top scorer in Juventus’ 1984-85 European Cup victory. He also finished as the Serie A top scorer for three consecutive seasons from 1983-1985. Platini was voted as Player of the Year by the World Soccer Magazine in 1984 and 1985 and accomplished a hat trick of three Ballon d’Ors from 1983-1985. 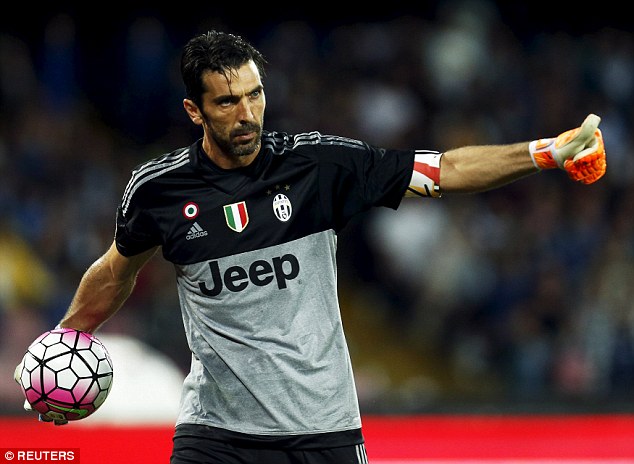 Gianluigi Buffon is regarded by many pundits as one of the best goalkeepers ever. The current captain of Juventus is known for his exceptional shot stopping skills and for being a voice in the locker room.

Buffon is an 11-time Serie A Goalkeeper of the Year. He went unbeaten in 974 minutes and achieved the cleanest sheets in Serie A history with 10. But his expertise came with a price. Buffon is currently the highest paid goalkeeper after his 2001 transfer from Parma. 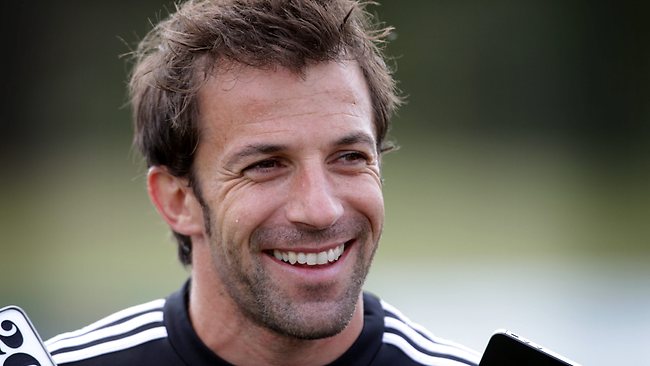 Alessandro Del Pierro is Juventus. That’s not an exaggeration.

Del Pierro is Juve’s all-time leader in appearances and goals scored. In his 19 seasons with Juventus, he spent 11 years as captain. He is Italy’s second-all time top scorer in all competitions and the 9th overall highest goal scorer in Serie A history. He also represented Italy in three FIFA World Cups, winning one in 1996.