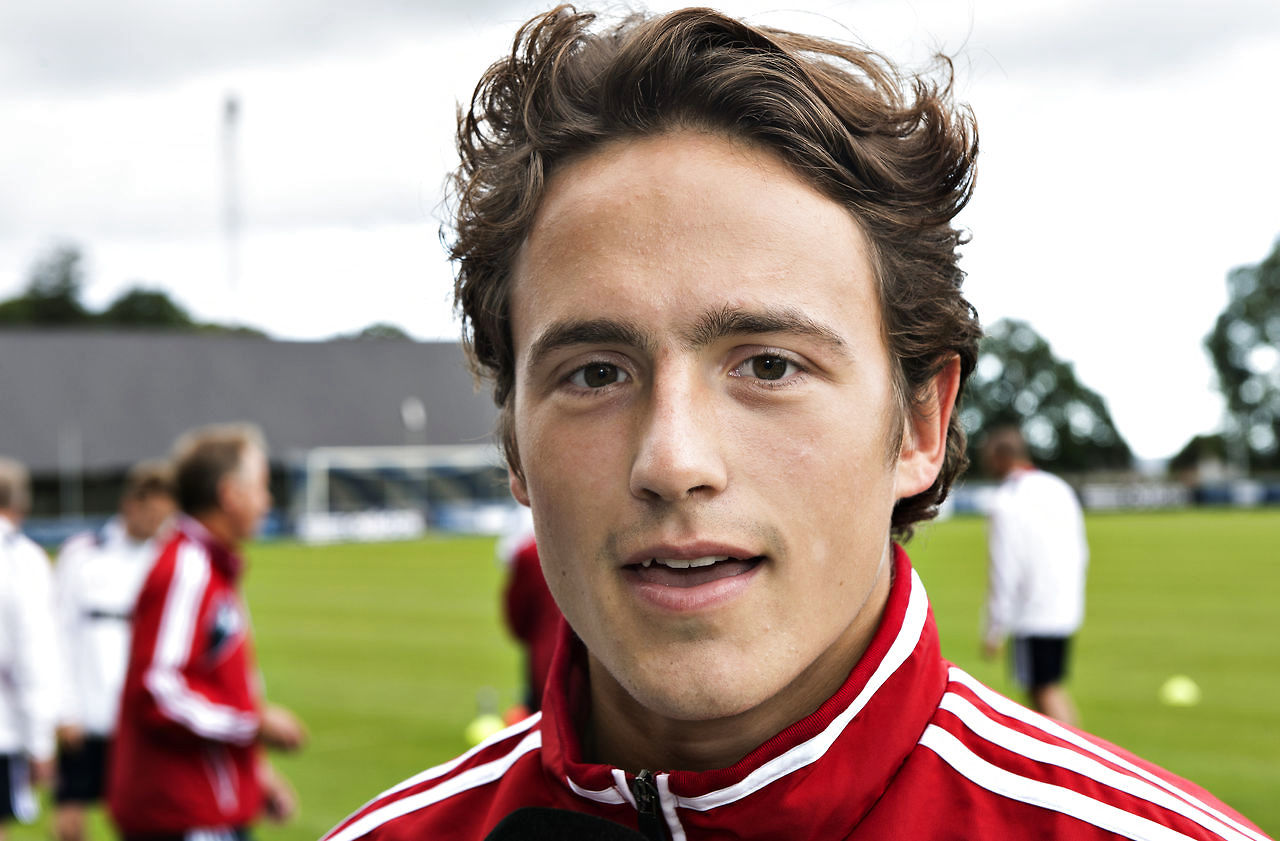 The 2017/18 Bundesliga hadn’t been so kind to Borussia Dortmund as they just finished in the fourth sport of the standings. It was a missed opportunity for them as their improvement from last season was very evident early on into the season.

Unfortunately, that waned through the games, probably due to their lack of an additional solid midfield presence. It took some time for them to recognize this weakness. Good thing that Peter Stoger, along with the management crew, landed sight on 26-year-old Thomas Delaney.

And just recently, reports confirmed that Borussia Dortmund had completed the signing of Delaney’s transfer from Werder Bremen to Westfalenstadion.
This comes as a big relief to the Bundesliga side as the midfielder was linked with dazzling offers from numerous Premier League clubs, including Everton and Brighton. Playing in the English top-flight was his dream, he said.

However, Delaney also added that it doesn’t have to happen this summer. It’s also worth noting that Everton and Brighton are two underperforming clubs in the Premier League, and he’s far off better playing in BVB which ranks fourth in the Bundesliga.
Reports said that the Danish footballer signed a four-year deal that is worth around €20 million, plus numerous add-ons and extra bonuses.

Making his way through Bundesliga

Delaney started out his career in Copenhagen in 2008 and played there until the 2016 to 2017 season. It had been a great run for him there as he had been molded into becoming one of the finest midfielders in Denmark, but he felt like he needed more.
And so, he left for Bremen in 2017. He scored numerous game-winning strikes in Weserstadion, as well as a hat trick that further elevated his rank as an elite defensive man.

In an interview, Delaney reiterated that he had received numerous offers from the Premier League, specifically from Brighton and Everton. However, he said that as soon as he received a call from Dortmund, it didn’t take him that long to make up his decision.

He swiftly accepted the offer because for BVB belongs to the top ten clubs in Europe, said Delaney. The midfielder also added that he sees Dortmund as one of the top two German clubs, as well as its stadium being the best in the continent.
These, for him, are some of the reasons why he decided to accept the offer and spend the next chapter of his career in Westfalenstadion.

Sights set to next season

Dortmund is currently rebuilding their squad after they struggled in the Bundesliga and the Champions League with their two coaches. Nonetheless, they did show some startling development as they edged Leverkusen in the German top flight, as well as in the Champions League final spot.

BVB already signed Augsburg goalkeeper Marvin Hitz as they seek to bolster their defense. Roman Birki, Dominik Reimann, and Roman Weidenfeller are all great keepers. However, adding an extra elite goalkeeper would make a huge difference.
His transfer was also free, so it costs Dortmund none. Marius Wolf, a winger from Eintracht Frankfurt, had also bene acquired by BVB for a reported €5 million. These changes would surely make the BVB squad more competitive once the 2018/19 season kicks in.

Indeed, Delaney is Dortmund's biggest transfer signing this summer, which brings them a lot of hope of a much brighter Bundesliga and Champions League campaigns in the upcoming seasons. BVB would also like to use this opportunity as a means for the Danish footballer to gain more experience now that he’s going to represent his country in the upcoming World Cup in Kiev this summer.

This shows that the German club’s timing is indeed ideal as it made the most out of Delaney’s full potential.

Michael Zorc, the sporting director of Dortmund, said in an interview that Thomas Delaney could benefit the team a lot because he is a physically strong footballer. He also has a strong attitude, and his attributes and skills complement the squad.
This is what they need knowing that their lack of teamwork in the field during attacks and corner lines happened constantly throughout the last season. This, however, would change as Delaney is set to man the midfield role.

He also added that Delaney has a very strong desire to win, and that’s what they need to dominate the German top flight and European championships next season.
Zorc then concluded his statement by saying that Delaney’s physical presence will enrich their games and will make them more prepared to take a lot of beating knowing that Leverkusen and Leipzig will do their best to overtake them next time around.

Experience is by his side

The Danish midfielder had played 45 games in the Bundesliga, which shows that he knows the ins and outs of playing in the German top-flight. He’s not a newcomer to the environment, so with that, it’s safe to say that he’ll have an easy time making his way up the ranks, of course, together with his team.

He had won 26 caps for Denmark and had firsthand experience in playing in the Champions League and Europea League during his stay in Copenhagen.
Signing Delaney into Dortmund is another solid evidence that BVB wants to incorporate an elite defensive-minded midfielder. This is necessary for them as Mario Gotze and Nuri Sahin needs to have support in early and late game possession attacks.

Creating tackles and short passes are their styles of plays, which is just what Delany is also used to. Letting them play together will surely create a dynamic trio that'll bring forth a stronger Dortmund midfield.

Delaney's arrival also comes in perfect time as Dortmund defender Sokratis Papastathopoulos is reported to leave Westfalenstadion for Arsenal next season. Having Delaney, however, would mend that loss as he will serve as a more versatile and defense-oriented midfielder than the Greek defender.

Dortmund had also been reported to be interested in signing Paris Saint-German midfielder Hatem Ben Arfa. If ever this happens, then he would complement Delaney’s style of play as both will use each other’s strengths and combine it to make the Dortmund midfield more solid than ever before.

Getting to know Thomas Delaney

The Danish midfielder is among the best defenders in the league. His expertise lies in his aerial duels and ball blocking and interception. Letting him play together with Sokratis Papastathopoulus and Marcel Schmelzer will surely increase their chances of dominating the Bundesliga.

That is, however, if Mario Gotze and Shinji Kagawa get to man the midfield roles constantly.

Michy Batshuayi and Marco Reus should also continue to lead the offense and bring a barrage of attacks to their competitors. If these happen, then Delaney’s lack of passing and inconsistent field focus will not be much of a disruption to the team.
Layoffs, long balls, and getting fouled often are also his signature styles of plays, which might be a bit of a problem to Peter Stoger. Nonetheless, he can find a way to go around those and turn them into a strategy that can confuse the opposing attackers.

Delaney can also create open spaces for their strikers to go full blast on. So, with these, it'd be safe to say that Thomas Delaney will have a great time at Borussia Dortmund. Let's just hope that he remains at peak health once the 2018/19 season kicks in.