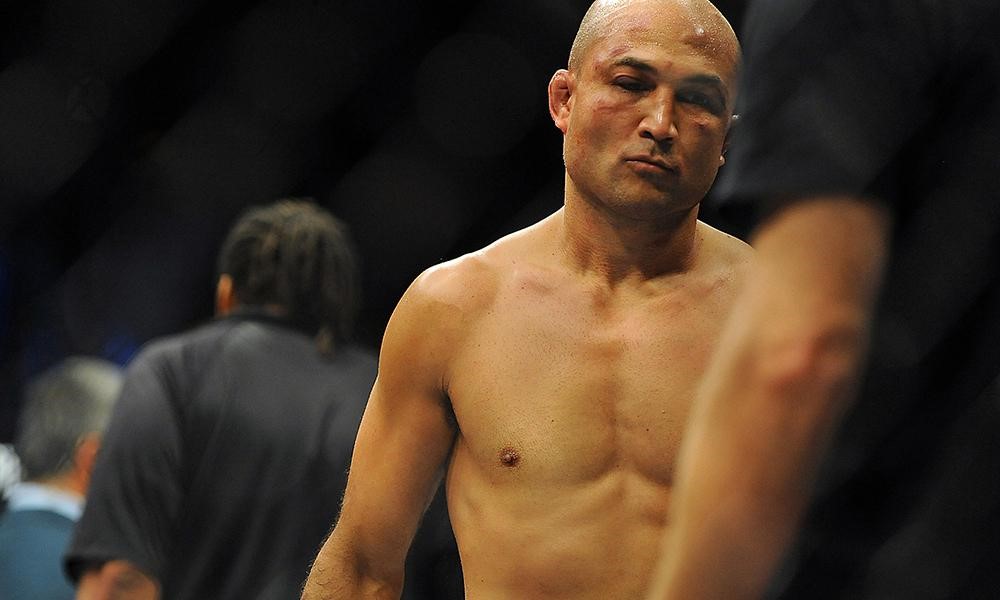 When is Enough Really Enough For B.J. Penn?

“B.J. Penn is back.”
How many times have we heard that statement before?

The UFC announced on Wednesday that former UFC lightweight and welterweight champion B.J. Penn will fight again at UFC 232. The 39 year old Hall of Famer has been booked to face 33 year old Ryan Hall on the December 29 event that will be headlined by the superfight between UFC women’s lightweight champion Cris Cyborg and UFC women’s featherweight title holder Amanda Nunes.

For what it’s worth, Hall is 6-1 but has not fought since a December 2016 win over Gray Maynard. Hall is known for his stint at the UFC’s The Ultimate Fighter reality show. In fact, he was the season 22 winner of the TUF, beating Conor McGregor teammate Artem Lobov in the finals. But the choice of Hall as opponent for B.J. Penn isn’t really the issue. Nor is it whether Penn is fighting a ranked contender or not. It’s about B.J. Penn himself fighting again.

The Prodigy has not won a fight since his spectacular 21 second knockout of Matt Hughes at UFC 123 in 2010. Since then, Penn has retired, comeback and retired again. Now he’s back, again. Penn has lost his last five bouts and is winless in his last six. Still, Penn insists that he still loves to fight and that’s the reason why he will be returning to the Octagon for the UFC’s 2018 year ender.

A Guy He Can Beat

Last July, Penn talked about a potential UFC comeback. However, Penn said that he would only do so if the UFC give him a guy that “he can beat”. I’m not sure if at that time Penn was asking to fight someone like C.M. Punk but obviously, he meant that the UFC has always been “too high” on him ever since.

Given his resume, I don’t blame the UFC for booking him against rated contenders even if he’s already over the hill. But maybe it’s really time to accept that B.J. Penn is no longer the fighter we grew up to adore and he’s not in it to win the title again. But of course, didn’t he say he wanted to win a third UFC weight class during the lead up to his fight with Yair Rodriguez? Maybe that was just part of the promotion because in reality, B.J. Penn didn’t have it anymore in 2016. What more in 2018?

We talk about C.M. Punk not deserving to fight in the UFC but still given a couple of fights because he is a draw that sells tickets and PPV. Well, sad to say but B.J. Penn is now in that same level. The main reason why the UFC is giving him another fight is because fans would love to see B.J. Penn fight again. But then again, these are the same fans who feel sorry for Penn after each of his last five fights.

The Risk Of Getting Hurt 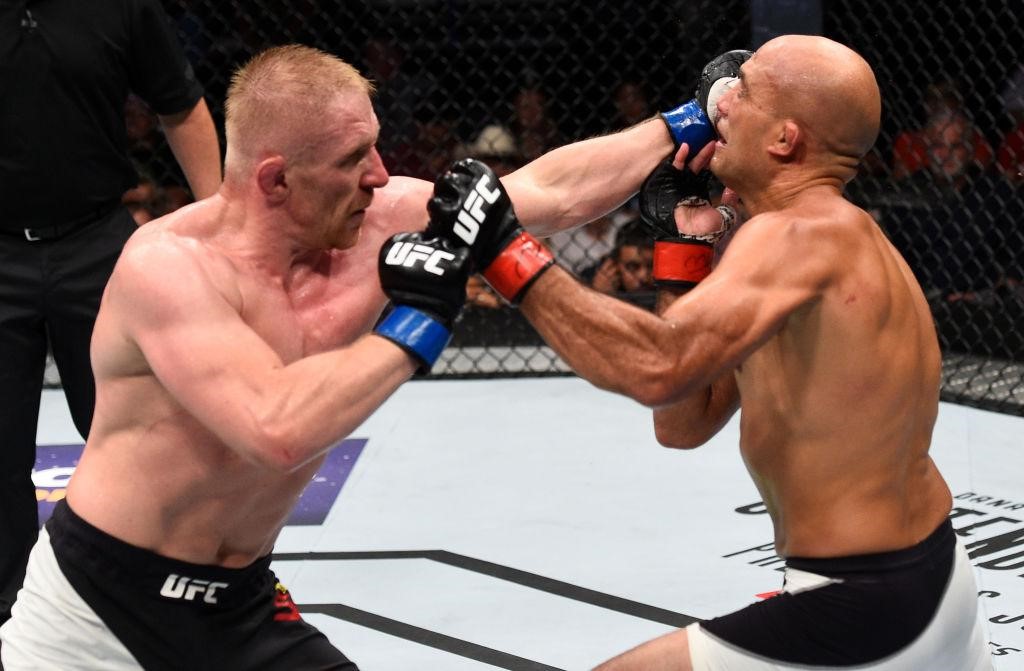 Unlike C.M. Punk though, Penn has earned the right to ask for a fight. He is one of the pioneers of the sports and one of the game’s first true superstars. MMA would not be what it is today without B.J. Penn. Penn was also one of the trailblazers in fighting at different weight classes. We know Conor McGregor to be the first fighter to simultaneously hold two world titles. But B.J. Penn was the second fighter in UFC history to win world titles in two different weight classes. Everybody loves B.J. Penn. Everybody would love to see him fight. But none of us want to see him get beaten up badly each time he steps inside the octagon.

If B.J. Penn says that MMA is his wife, then maybe he should divorce his “wife”. We’re not here to decide what’s best for B.J. Penn’s career really because his career and his life is his alone and for him to decide. But we’re here to talk about his health moving forward. MMA fighters fight with four ounce gloves. And if we’ve seen boxers get permanently hurt with eight ounce gloves, what more for four ounce gloves? We’re not praying that B.J. Penn gets hurt. But in a violent fight sport like MMA, that possibility is always there.

You’ve got to give it to the UFC and Dana White for making adjustments. They’re giving Penn a much easier assignment this time around. But against Ryan Hall who is a hungry kid who is eager to prove himself, you’re putting B.J. Penn is more trouble. For sure Hall wants to make a name. Everybody wants to be a legend killer. A legend killer makes names but what about the legend? It’s not so much about the defeat than the physical damage that could possibly take place inside the cage.

You can’t ask Ryan Hall to take it easy on B.J. Penn. We’re not saying that Hall beats Penn easily or the other way around. But these two guys are going to fight inside the octagon. And each time B.J. Penn does that, he could get hurt. Penn got manhandled by Rory MacDonald. He got brutally stopped by Frankie Edgar and Yair Rodriguez. Against Dennis Siver, he had 15 seconds of highlight when he knocked Siver down. Otherwise, he got beaten up by a fellow washed up fighter. Those beat downs are one thing. Penn’s beat up face after each fight are another. How much more damage does B.J Penn want to take?

We all love B.J. Penn. We want him to have all his faculties complete and functioning when he’s 50 or 60 year old. Win or lose, let’s hope this is the final chapter in his legendary MMA career. We can’t tell him what to do really. We can’t blame the UFC too because Penn has always been good business. But let’s hope that after this, Penn will say that he’s had enough. Let us just hope and pray that it won’t be Ryan Hall who will decide that for him.