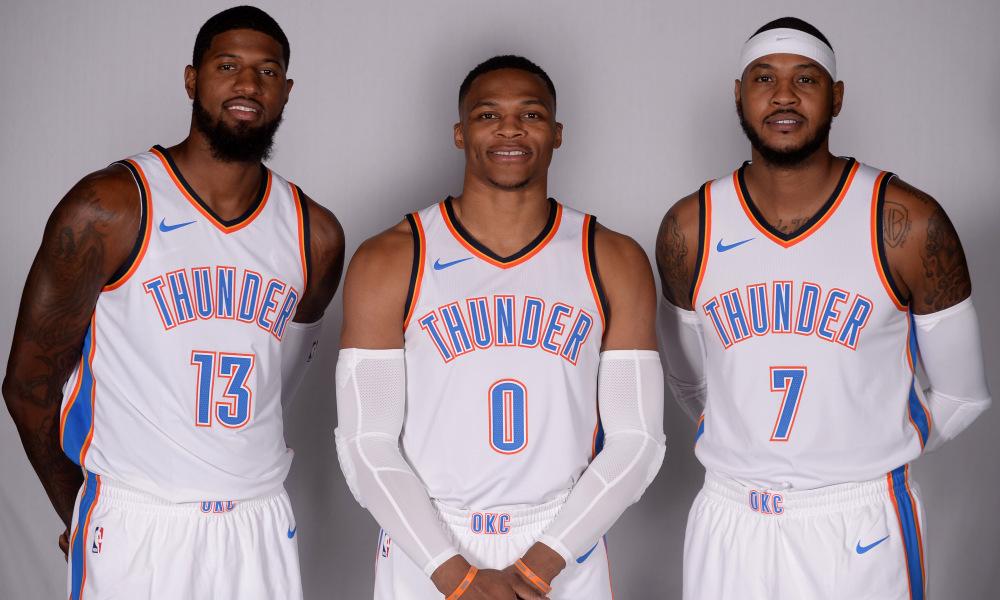 Who Will Take The Last Shot In OKC?

10 seconds ( or less ) left in the fourth quarter. Single possession ball game, tied or behind. Who did the Thunder go to last season? Of course, none other than Russell Westbrook.

According to NBA.com, Westbrook had a usage of 82.6% in that situation, the highest in the league. In a similar situation, Carmelo Anthony’s usage was 54.4% in New York. On the other hand, Paul George’s was 49.0% in Indiana. To understand these numbers further, let us define the term ‘usage percentage’. 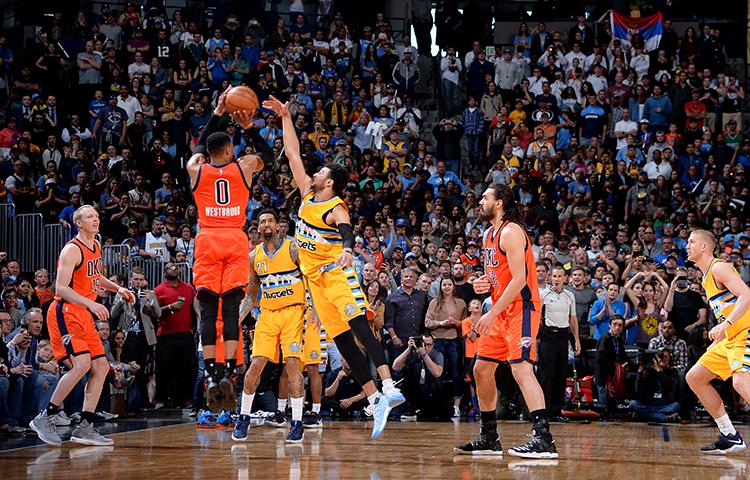 As defined in NBA.com, ‘usage percentage’ is the percentage of team plays used by a player when he is on the floor. For our example, Russell Westbrook uses 82.6% of the Thunder’s plays in the clutch situation given. Same with Melo and PG13 in their respective teams.

The thing here isn’t really about Melo and PG13’s percentages, although they still took half of their team’s plays during those crucial situations. But it’s about Westbrook and how he dominated the clutch moments in OKC last season.

You can’t blame Russell Westbrook though. He was ‘me against the world’ in OKC last season following Kevin Durant’s coup de etat to Golden State. The Thunder were left with no other choice. Westbrook was by far their best shot at winning every game, not just the close ones. 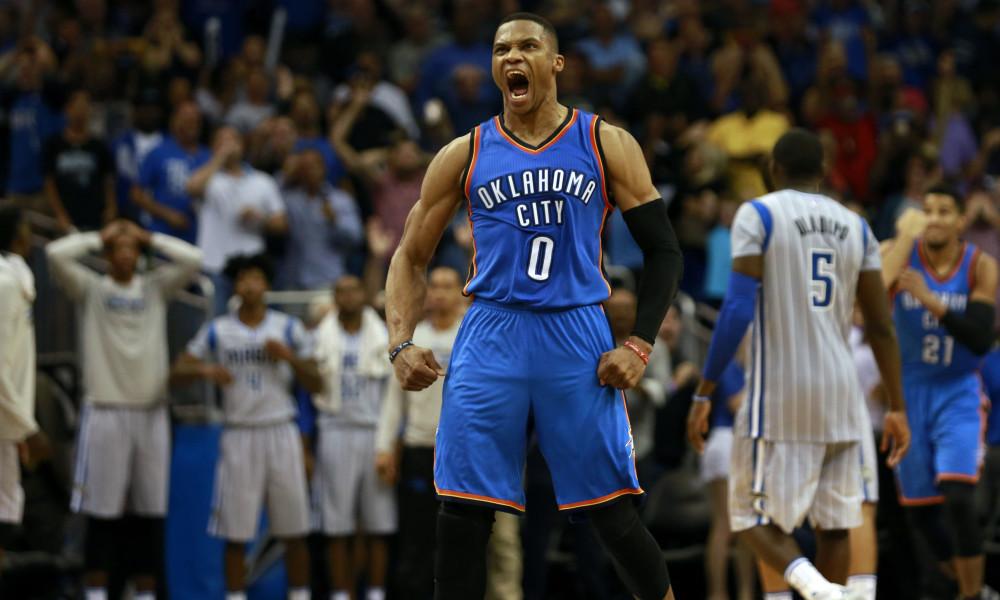 Remember that Russell Westbrook broke Oscar Robertson’s long standing triple double record with 42 last season. The Thunder had a record of 33-9 in those games where Russ had a triple double. Considering that OKC won a total of 47 games last season, they wouldn’t have made the playoffs without Westbrook putting up monster numbers.

The monster numbers were one thing. Making big shots was another. Westbrook built his MVP profile by hitting one big shot after another for OKC. According to an article from ESPN.com, Westbrook took 184 of Oklahoma City’s 303 clutch field goals ( five or less minutes to go, game margin five points or less ).

Westbrook led the league in clutch points with 247 total points scored. Paul George was 12th with 143 and Carmelo Anthony was 22nd with 107. There were only 22 players in the NBA last season who scored at least 100 total points in clutch situations.

Who Takes The Shot? 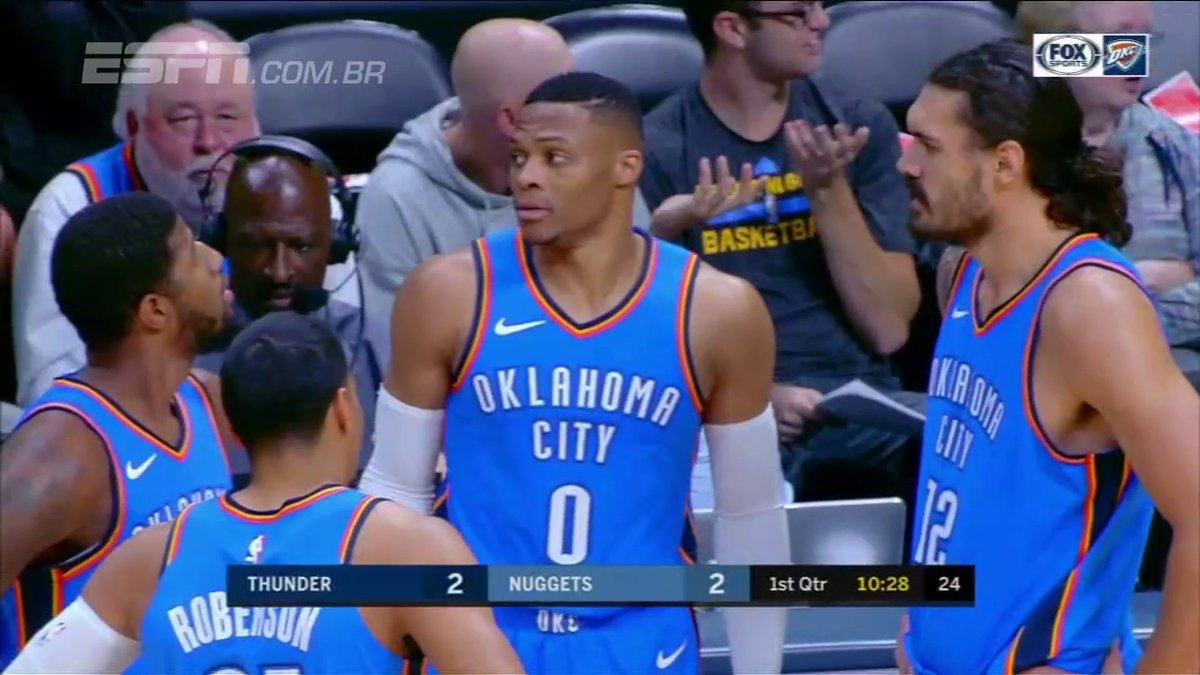 Washington, New Orleans, Cleveland, Phoenix and Toronto each had two players in that elite 22 list. Only OKC ( 2017-18 version ) has three players on that list. That’s a luxury. But the problem is that there is only one ball. Who is going to have that ball in those crucial moments of the game?

"Carmelo's been a closeout guy the places he's been, the same thing with Paul. But any time you have a team you have to do it by finding the open man. Clearly for us last year, somebody creating and generating a shot for himself or someone else, it was Russell. But obviously now with Carmelo and Paul being here, I think it's about making the right play and right decision."

Melo’s answer to that hypothetical question was also similar. Said Anthony to ESPN:

"Whoever's open. It's simple. We'll run the play, and whoever gets open will take the shot. It's not like I'm coming and saying, 'I want the last shot,' or Russ is saying he wants the last shot, or Paul. Whoever's open will take the shot. We all feel comfortable in those situations and those moments, so no need for any one of us to demand it at that point." 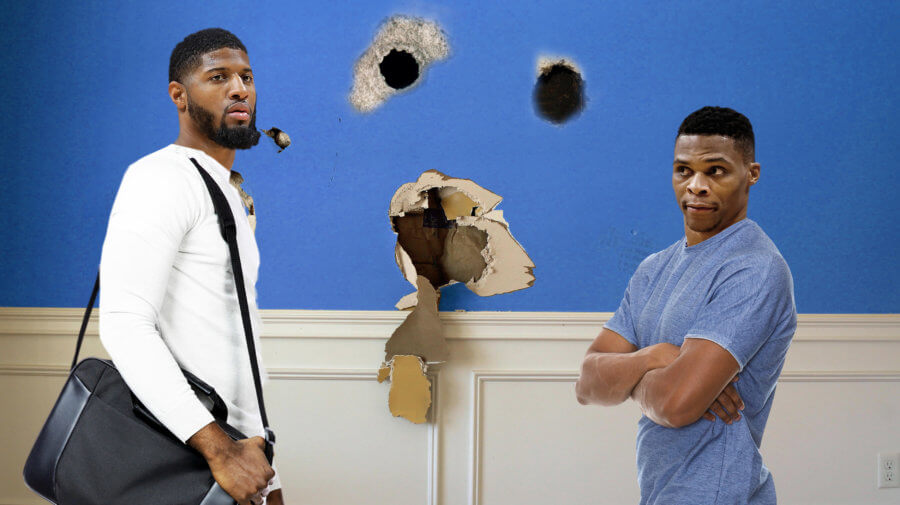 A couple of weeks ago, Paul George was asked about the same issue. And his answer was along the lines of Coach Donovan and Carmelo Anthony. Said PG13:

It’s simple indeed when you’re simply answering a question from a reporter. But once a superstar is thrust in a situation, it’s not as easy. It’s always easier said than done.. Remember Game 1 of the first round series between the Cavs and Pacers? Cleveland won that game 109-108 after C.J. Miles missed the potential game winner for Indiana.

“I'm confident in all my guys taking shots -- that's not the issue. But in that situation, I've gotta get that.”

That was in Indiana, with C.J. Miles. This is now OKC, with Carmelo Anthony and Russell Westbrook. Different place, different teammates, different story. But you can never take away a player’s primal instinct. As talented basketball superstars, it’s second nature to them to rise to the occasion. And that is take the shot instead of making the pass.

Three Better Than One 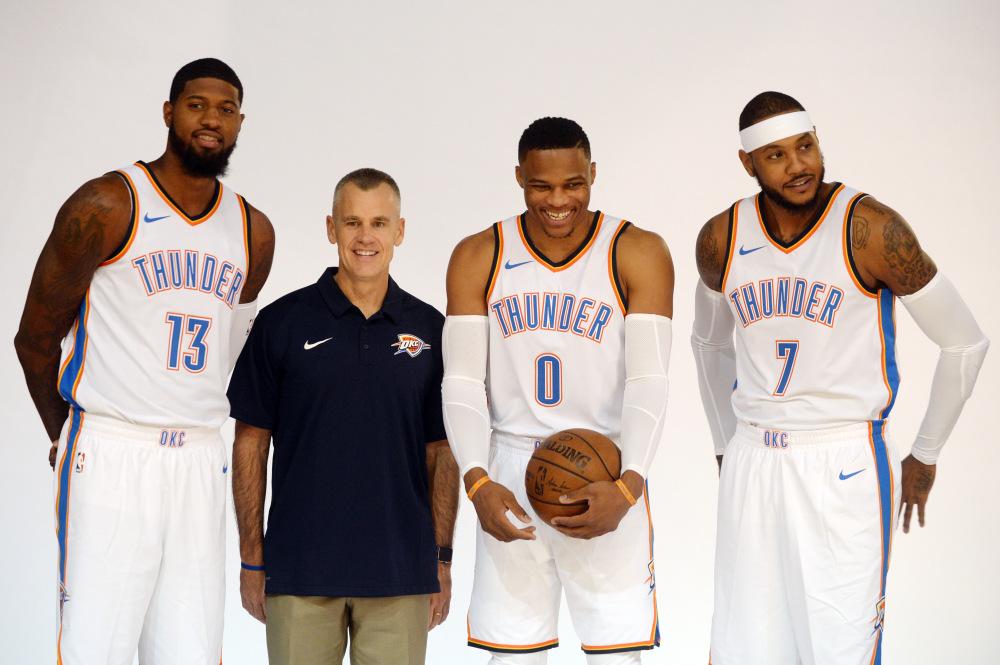 But saying that Westbrook, or Melo and PG for that matter, cannot adjust to playing alongside each other in crunchtime is utterly wrong. These are three high IQ basketball players who helped recruit each other to play for the same team. These are three intelligent basketball superstars who have the same goal: win an NBA championship. It’s in those lines that we are confident that there won’t be a dilemma in OKC when it comes to taking the big shots.

Having three players who can take ( and make ) that big shot is indeed a problem. But it’s a good problem to have, if you want to look at it that way. It’s more of a problem for the opposing team because they’ll have to cover more bases. In the end having plenty of options is always better than one.