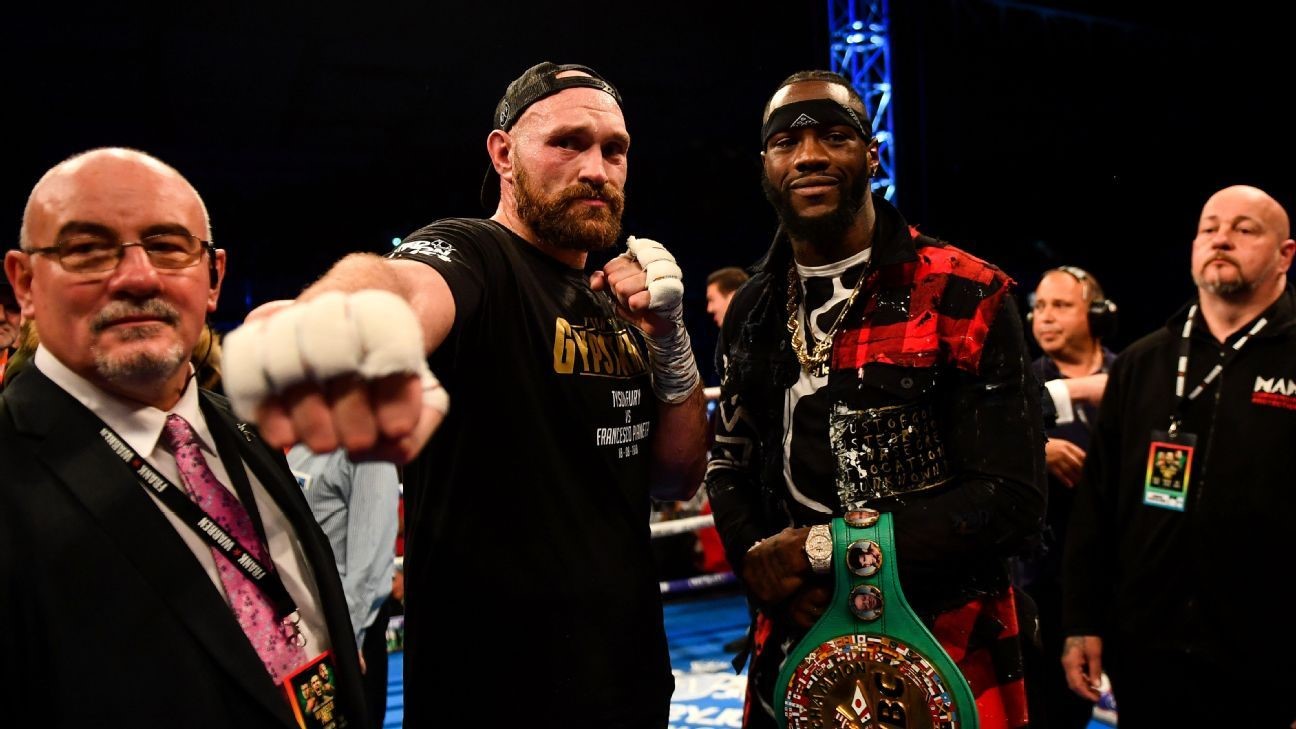 Wilder vs Fury Is On And That Means Only One Thing

Tyson Fury cruised to an easy 10 round unanimous decision win over Francesco Pianeta on Saturday night to set up a showdown with WBC heavyweight champion Deontay Wilder later this year.

Wilder was in attendance at Belfast’s Windsor Park where Fury fought. As expected, the Bronze Bomber entered the ring right after the fight and the two heavyweight had a face to face confrontation and got into a little verbal spat before their upcoming bout was confirmed.

"They called and I answered, I said yes, and now he gets the chance to fight the lineal world heavyweight champion of the world," Fury said. "One thing I do promise you, when I go to Las Vegas, I'm knocking you the f--- out."

Wilder was a little subtle in his reply but he still gave out his own warning:

"I'm going to knock you out, this I promise you; you are going to experience being hit by the Bronze Bomber," Wilder replied. "Now this fight is official, this fight is on, baby. This is what we have been waiting for, the best fighting the best." 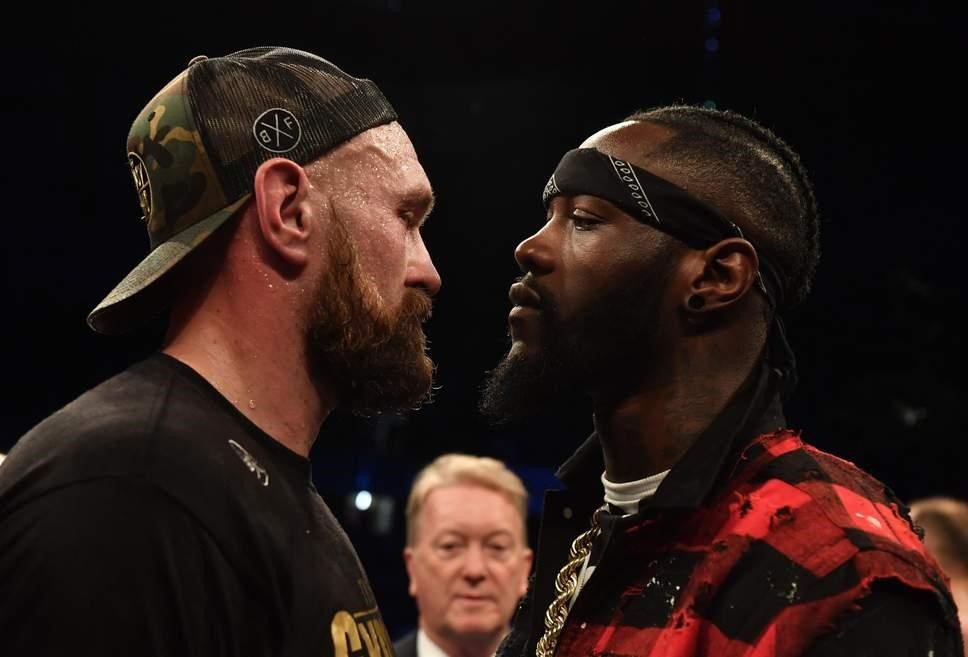 Ever since Fury dethroned Wladimir Klitschko, the world has been looking for the best heavyweight fight to happen. After defeating Klitschko, Fury got suspended and then suffered from depression. One thing led to another and he ended up losing his belts.

Anthony Joshua picked up most of those belts. The muscled Olympic Gold medalist then defeated Klitschko, knocking out the former longtime heavyweight champion in 11 rounds in April 2017. The win over Klitschko put Joshua as the #1 heavyweight in the planet. Not only did he have most of the heavyweight belts, he also beat the man who had the second longest reign in the history of boxing’s heavyweight division, convincingly.

Joshua then went on to win one more belt, the WBO diadem, when he decisioned New Zealander Joseph Parker last March. With only one major belt away from being undisputed champion, many though AJ would go after Deontay Wilder, the brash American who owns the most prestigious of all belts- the green belt of the WBC.

Negotiations began and both parties, as expected, had their share of ridiculous demands. In June, it appeared as though the fight would finally happen as Wilder was said to have given in to most of the demands of AJ’s camps. In the end though, the talks fell off the table and both sides pointed the blame on each other. 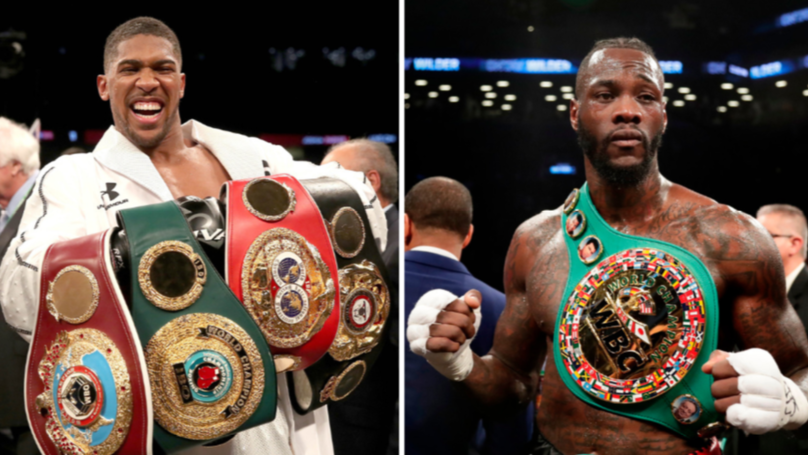 But while many of us thought that Joshua and Wilder would take separate foes and then talk again after beating their respective opponents, Wilder’s camp reached out to a forgotten player in the division. While Joshua had taken away all his belts, Tyson Fury was still the Lineal Heavyweight champion.

Joshua may have won Fury’s belts on a silver platter but the Lineal title doesn’t change hands until you beat the man who beat the man. Fury won that by defeating Klitschko. The only way another heavyweight takes that title away from Tyson Fury is to beat him inside the ring.

Because he was away too long, Fury had lost his rankings and is slowly getting back in shape and in the standings. Fury knocked out an overmatched Sefer Seferi in his first fight back last June 20. He picked a slightly better but still not quality foe in Francesco Pianeta on Saturday. He didn’t get a knockout win but as he said, he got the rounds he needed:

"I got 10 rounds with a very tough man under my belt. I was working on my jab, slipping his punches. I thought that was a step up with the opponent and display. I needed the rounds, and I had plenty left in the tank." 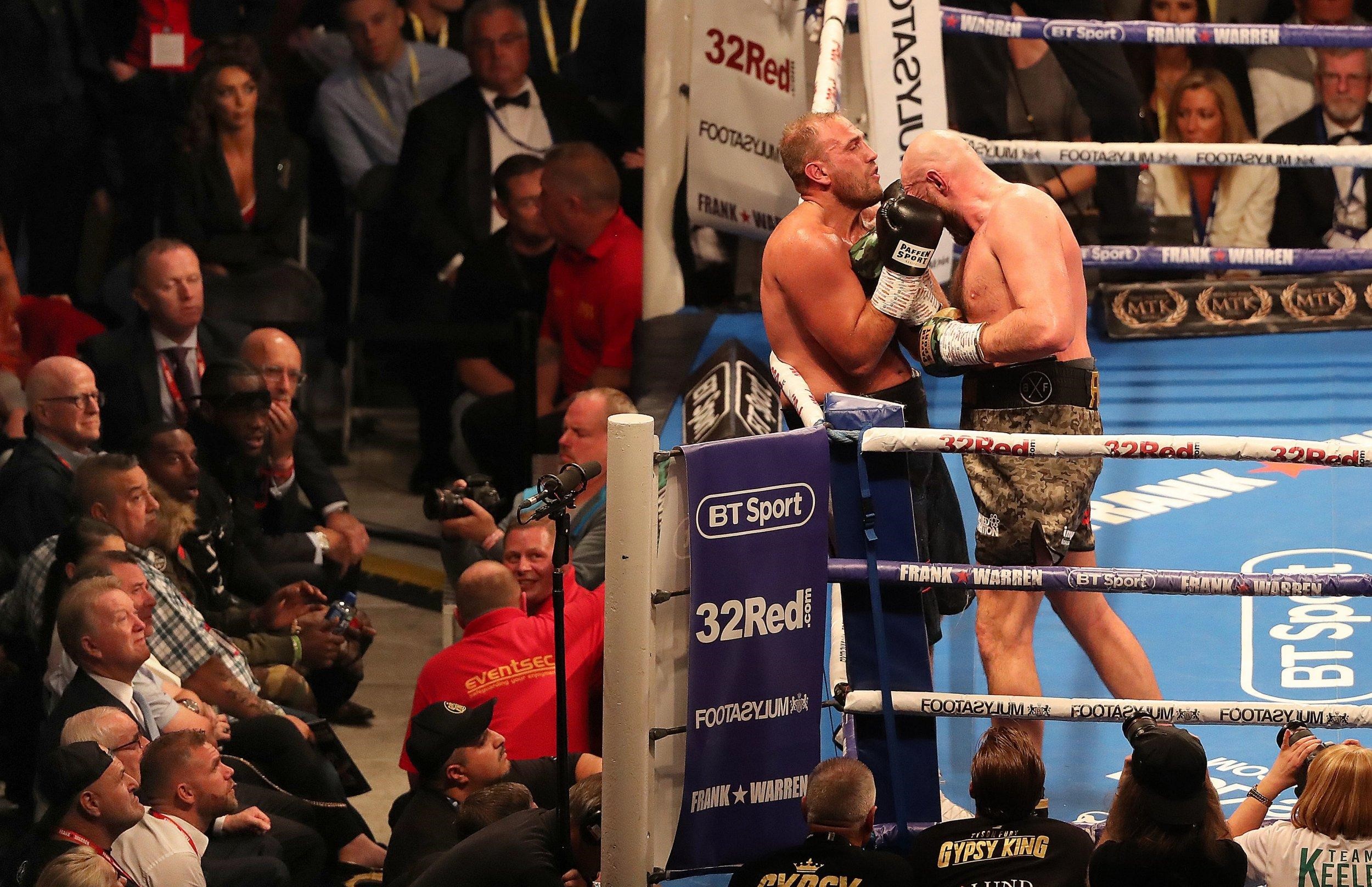 Fury’s win over Pianeta was anything but exciting. But that wasn’t the big deal. The scene after the fight was. Tyson Fury and Deontay Wilder are set to face each other for the WBC heavyweight title later this year. According to Wilder’s promoter Shelly Finkel, the fight is official and the details could be out as early as next week.

Facing Wilder in his third fight back is a dangerous move for Fury. But like Wilder, he needed a big win to justify his claim as the best heavyweight in the planet. As Wilder said, it is the best fighting the best and the winner will be the true heavyweight champion. Forget Joshua’s belts, it is clear now who didn’t want to fight.

For whatever reason, booking the Tyson Fury fight was faster than Eddie Hearn talking about the X and O’s of fighting Wilder. Hearn had made it appear that it was Wilder who did not want to fight. Imagine Eddie Hearn offering Wilder to fight Dillian Whyte first before fighting Joshua? If the Brits fall for Eddie Hearn’s bluffs, the world isn’t.

Tyson Fury? He saved England’s face. The man is tough as nails to take on Wilder. As he said, it was simple as Wilder’s people offering the fight and him signing the contract. It doesn’t have to get complicated. Fans want to see the best fight the best. Deontay Wilder and Tyson Fury are giving us that. Whoever loses in that fight will still have bigger balls than Anthony Joshua. 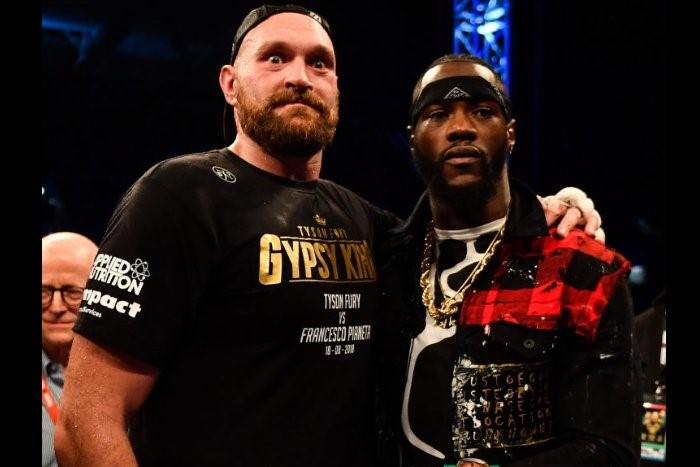 Joshua is either too greedy for money or simply chicken scared. Or maybe he is controlled by his control freak manager Hearn who is obviously trying to let his prized pupil go the Lennox Lewis route: to let the best destroy each other first before fighting the one who is left standing. That’s cute and we can respect that. But you can’t be called the best heavyweight in the planet for that.

The Brits love Joshua like a god ( goddess?). He parades the ring with his big muscles and fights with what they call freakish athleticism. Sure, no doubt he is a one of a kind physical specimen, Anthony Joshua is. But unless he puts on those gloves and fight the best heavyweights in the planet, he is like Brock Lesnar becoming a dominant champion in the WWE.

So much for AJ, why talk about a guy who is hiding from the best competition out there. It’s time we celebrate Deontay Wilder and Tyson Fury. They won’t make as much money as AJ will against Povetkin at Wembley Stadium. But if the fight is on, they will get the respect that every champion deserves. Wilder vs Fury is going to be the biggest heavyweight fight in years. It’s a fight that fans deserve and we owe it to two true champion in Deontay Wilder and Tyson Fury.

The winner of that bout will walk away with three belts: The WBC green belt, the Lineal title and the right to be called the People’s Champion. Joshua can wrap all the other belts around his waist but they will be meaningless unless he fights either Wilder or Fury. Or both.