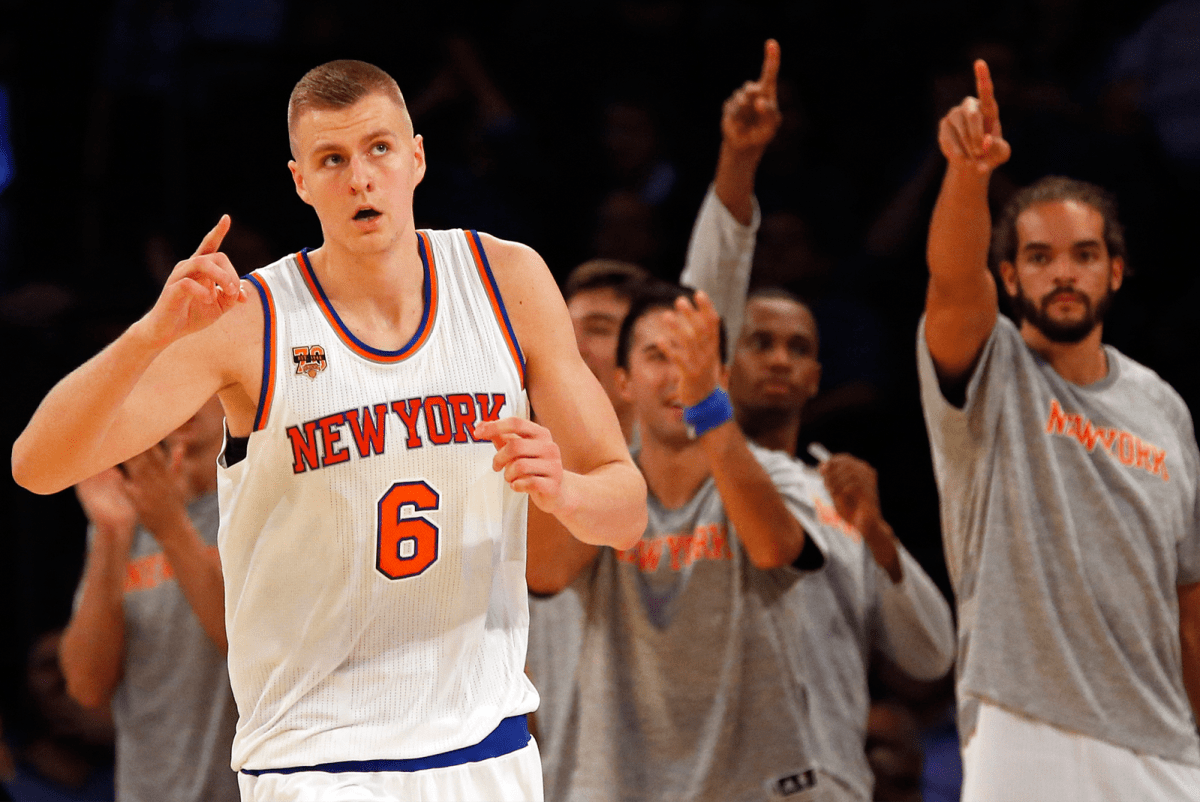 With Melo Gone, Porzingis Ready For The Challenge

Carmelo Anthony is gone. The Knicks’ franchise player for the last six years was traded to the Oklahoma City Thunder after months of negotiations. But while the Knicks were busy wheeling and dealing Melo, the man who will replace him as the face of the franchise was miles away from it all.

Kristaps Porzingis spent his entire summer in Latvia, working on his game and playing for the Latvian national team in the recently concluded 2017 FIBA Eurobasket. When he returned to the Unites States on Saturday, Carmelo Anthony was no longer a Knick. And the team was his to run:

"It was important that I disconnected from everything," Porzingis said . "I was working on my game and resting my mind. I kept working hard this summer to put myself in this position. I'm coming in with a fresh mind. I don't want to carry anything from the previous season."

Porzingis is at the heart of the New York Knicks’ rebuild. The team spent months looking for a trade partner to be able to move Anthony whom the Knicks brought in from Denver in 2011 to lead the team back to the Land of Promise. However, six years later, everything remained a promise. 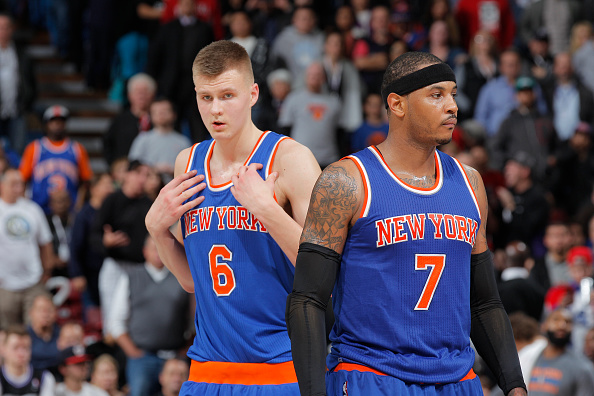 Anthony was armed with a no-trade clause in his contract, making it more difficult for the Knicks to part with him. At first he demanded to be traded to Houston. But when negotiations with the Rockets ended in a stalemate, He gave New York other options.

And so it happened. Carmelo Anthony was traded to the Oklahoma City Thunder for Enes Kanter, Doug McDermott and a 2018 second round pick. The trade happened just before training camp will begin. When camp begins on Monday, the Knicks will be Porzingis’ team. The moment he says he’s been preparing himself for has finally arrived.

It was only two drafts ago when the Knicks selected Kristaps Porzingis with the 4th overall pick of the NBA Draft. One kid cried hard. The fans booed.

Before the season was over, the kid became Porzingis’ number one fan:

Porzingis didn’t just prove the kid wrong. He won over the hearts of the Knicks’ faithful who booed Phil Jackson’s choice in 2015. 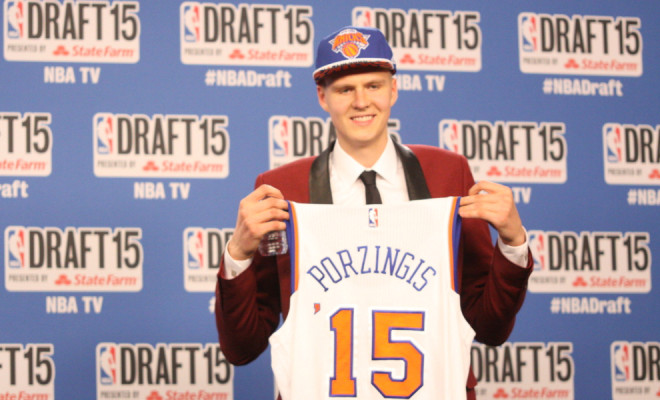 The Porzingis on draft night was a 7-3, 233-pound lamp post who looked like he would struggle with the physical play in the NBA. Sure, he had the shooting touch that made Dirk Nowitzki an all-time NBA great, but since Yao Ming was drafted in 2012, 19 foreign players have been drafted via lottery and none of them have made the All-Star squad.

But what choice did Phil Jackson have at that time? Outside Karl Anthony Towns, D’Angelo Russell and Jahlil Okafor, the 2015 draft class was a wide open field. Porzingis stood out because of his height and skillset. But he didn’t look NBA ready. But looks can be deceiving. 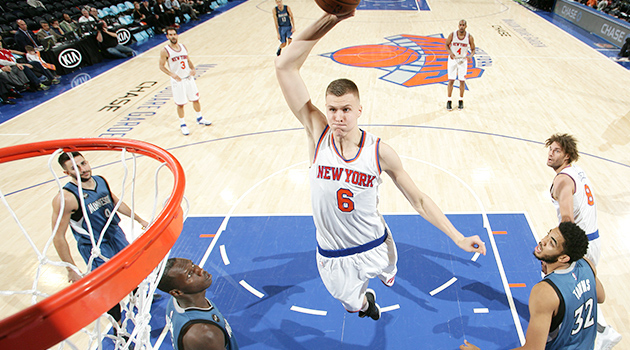 As each game passed, Porzingis began to resemble a worthy lottery pick. After two months, Porzingis ranked 3rd among rookies in scoring ( 13.7 PPG ), 2nd in rebounding ( 9.3 RPG) and 2nd in blocked shots ( 1.98 BPG ). He was named Eastern Conference Rookie of the Month for games played in October and November.

As the season progressed, Porzingis continued to improve. He showed a rare versatility for a guy his size. He won the Skills Challenge contest on All-Star weekend. He was named to the 2016 All-Rookie First team. He was runner-up to Karl Anthony Towns for Rookie of the Year honors. 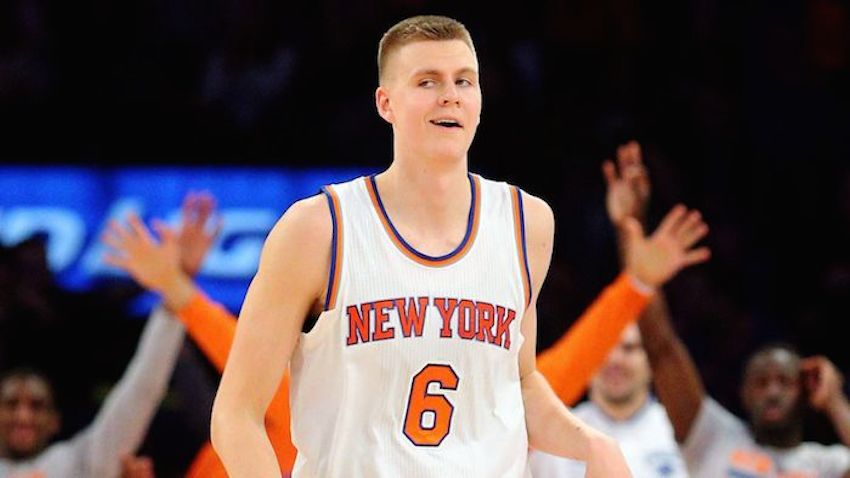 Unicorns don’t exist, right? But so do players with Porzingis skillset. He is 7-3 so he can block shots and grab rebounds. But that's not all he does. Porzingis can also shoot the three pointer with accuracy, drive to the hoop and finish with dunks, post up smaller defenders and can make intelligent passes. And he's just 22 years old.

But even if Porzingis quickly became Porzin-god in the Big Apple, life wasn't as heavenly. In April, Porzingis skipped his exit interview with team officials. The following month, the contract of his favorite coach Josh Longstaff was no longer renewed. Six weeks later, Phil Jackson ( the man who drafted him ) was terminated.

Porzingis himself was linked to trade rumors but ultimately, it was Anthony that had to go. In six years with Melo, the Knicks made the playoffs only twice and advanced past round one just once. The last four years they were horrible and a rebuild became the only solution. It was time for a change.

Keys to the Car 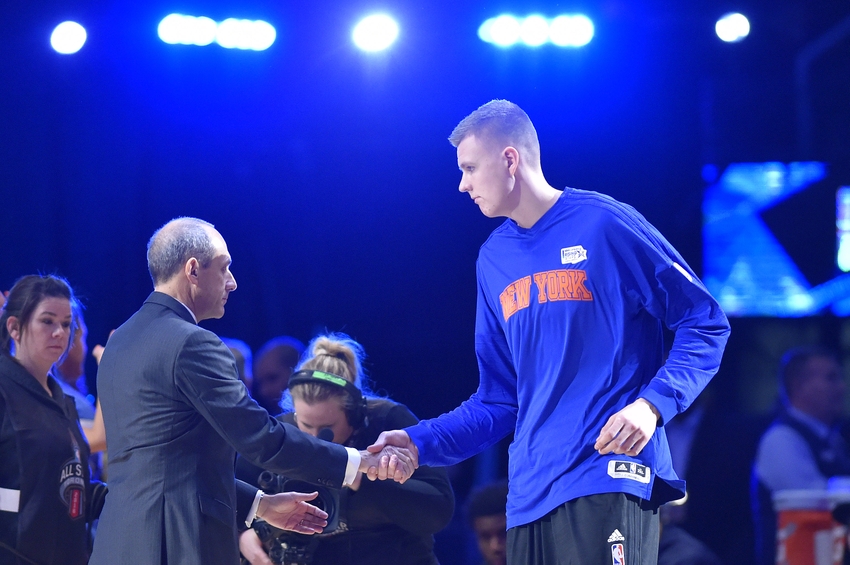 Now that Carmelo Anthony is gone, the Knicks have handed over the keys to the car to Kristaps Porzingis. Phil Jackson said last season that Porzingis wasn't ready to take over yet. But after an impressive summer outing at the 2017 FIBA Eurobasket where he led Latvia to the semis, it appears that Jackson was incorrect. Porzingis is ready to take over the Big Apple.

"I felt great at the Euro Championships," Porzingis said. "I took a little time off, but I feel like I'm in the best shape of my life. As soon as we get together in training camp, we'll see what we're capable of doing. We have a young team, but if we can come together we can do some things."

Ready For The Challenge 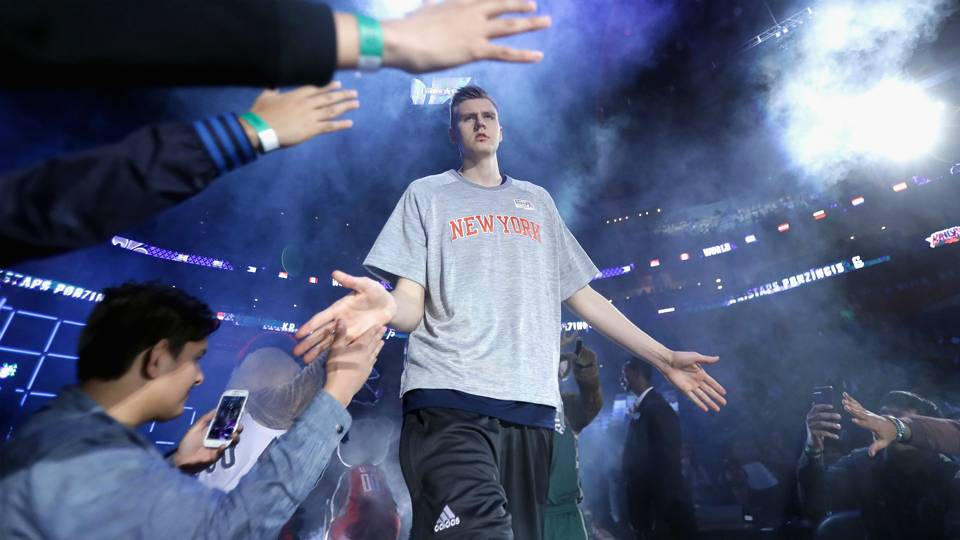 The Knicks have a young team and now, a young leader too. A lot will be expected of Porzingis, just as a lot was expected of Carmelo Anthony. It won’t be an easy task, not especially for a 22 year old. But he says he is ready:

"I am ready for the challenge. I’ve been preparing myself for this moment."

The last time the Knicks made it past round two of the playoffs was during Patrick Ewing's final season in New York in 2000. Since then, they’ve only had four winning seasons. Perhaps the latest big man in the Big Apple will change that.