Another Close Loss For Bendo At Bellator 183

Benson Henderson came to Bellator 183 on Saturday wanting to prove something.

Smooth had been out for the last 10 months following ACL surgery. But after fully recovering from the operation, Henderson wanted to make up for lost time and make the most out of his ‘fleeting’ existence in the sport. Said Henderson in an interview with MMAFighting:

“My wife the other day, she was using the analogy of those Instagram models and why women feel the need to take so many pictures,” he says. “It’s because they are aware that beauty is fleeting, and they’re not always going to be beautiful and stuff, so they take a ton of pictures to capture the fleeting thing before it goes. I’m kind of the same way. I know my fight career is fleeting. The shorter time I get, the more aware of it I am. So I want to jam-pack it full of fights. I want to jam-pack my last two years, and fight every other month. Let’s do it.”

Henderson needed a big statement against Patricky ‘Pitbull’ Freire to remain in the hunt but obviously, he failed. This one had some of the action he wants to finish his career with but most of the time, it was the chess match that has been the standard of many Benson Henderson bouts. And in any chess match, it could go either way:

He couldn’t have been more correct. 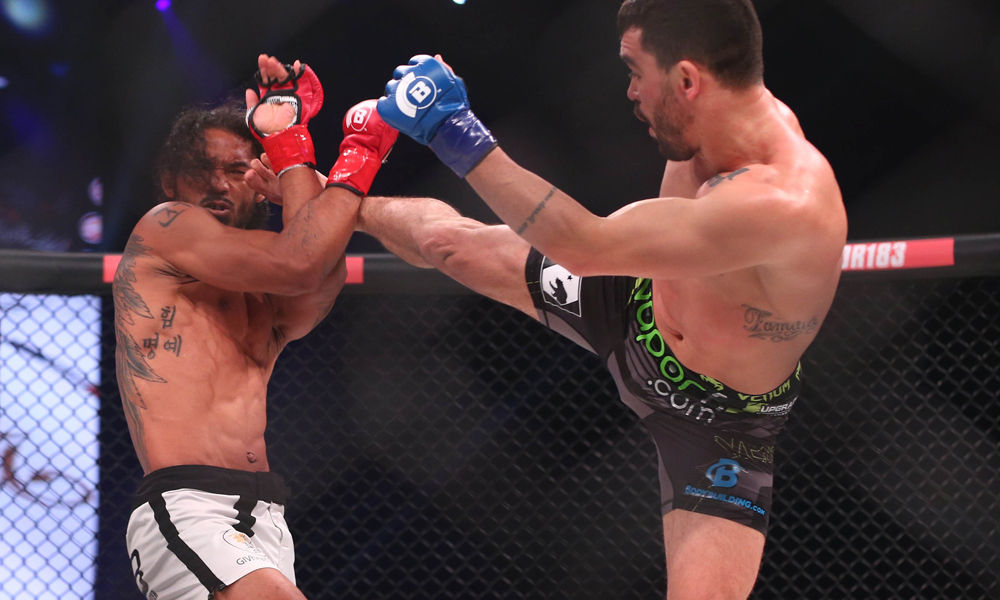 Judges Marcos Rosales and Wade Vierra scored the bout 29-28 in favor of Pitbull while Judge Derek Cleary had it 29-28 for Smooth. All three judges had identical scorecards after two rounds. Rosales and Vierra then gave the third and final round to Freire who won the fight via split decision:

It was the 16th bout of Benson Henderson’s career that went the full route. It was the 6th fight in his career where he was involved in a close split decision. He got the judges’ nod during the first four times he has figured in a split decision. Apparently, that has changed since going to Bellator. 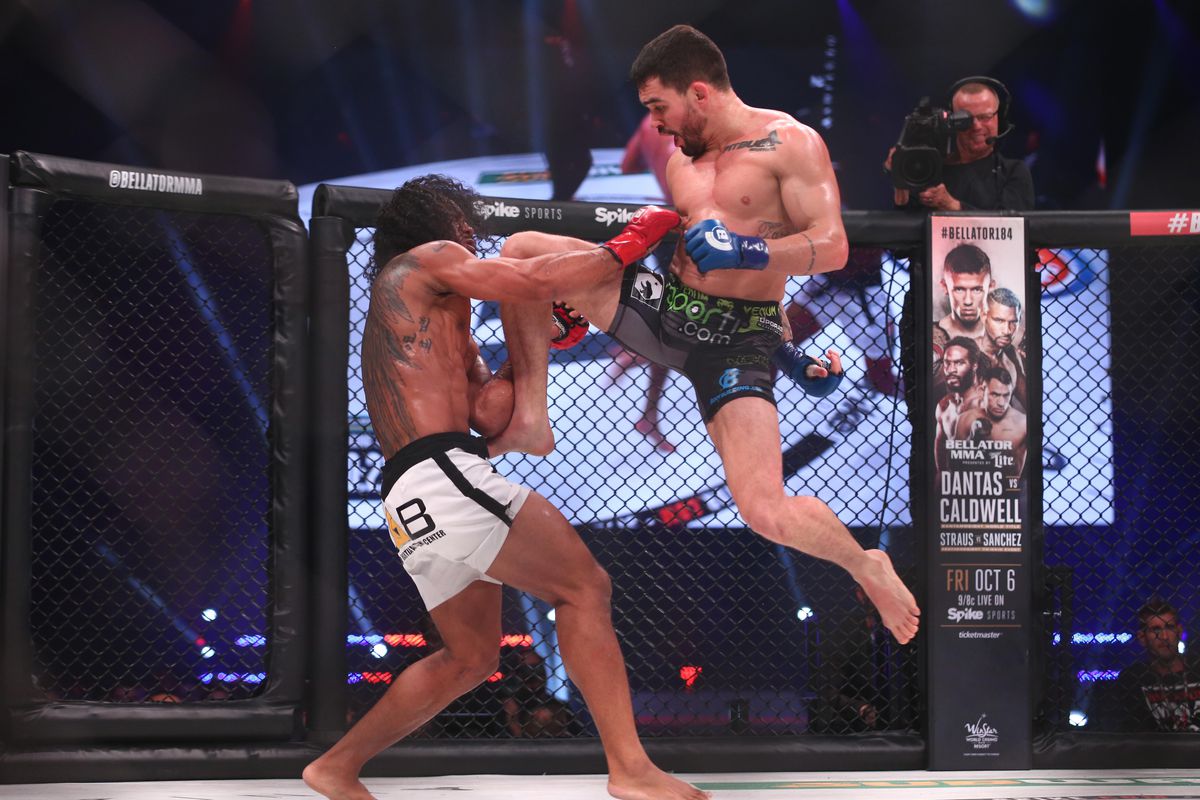 The defeat was the second consecutive for Benson Henderson, and the second straight fight he’s lost via close split decision. At Bellator 165 last November 2016, Henderson lost to Michael Chandler via scores of 48-46, 48-47 and 46-48. That bout was for the Bellator Lightweight title.

It was Henderson’s second loss in his second attempt at a Bellator world title. He also lost to Andrey Koreshkov during his Bellator debut wherein he fought for the Bellator Welterweight title. Since becoming Bellator’s biggest free agent signee in 2016, Henderson has lost three of four fights and hasn’t had the success he used to have when he fought under the UFC banner.

Henderson earned his mark as a smooth operator in the UFC’s lightweight division. He defeated Frankie Edgar at UFC 144 to become lightweight champion. He defended the belt three times, beating Edgar in a rematch before winning decisions against Nate Diaz and Gilbert Melendez. Henderson’s reign as champ ended at the hands of Anthony Pettis, who wrested the title from Smooth at UFC 164.

Henderson worked his way back to the top but after back to back losses to Rafael Dos Anjos and Donald ‘Cowboy’ Cerrone, he made the move up to welterweight. Henderson’s welterweight career started with back to back wins over Brandon Thatch and Jorge Masvidal but hit a brick wall against the bigger and more powerful Koreshkov in his Bellator debut. 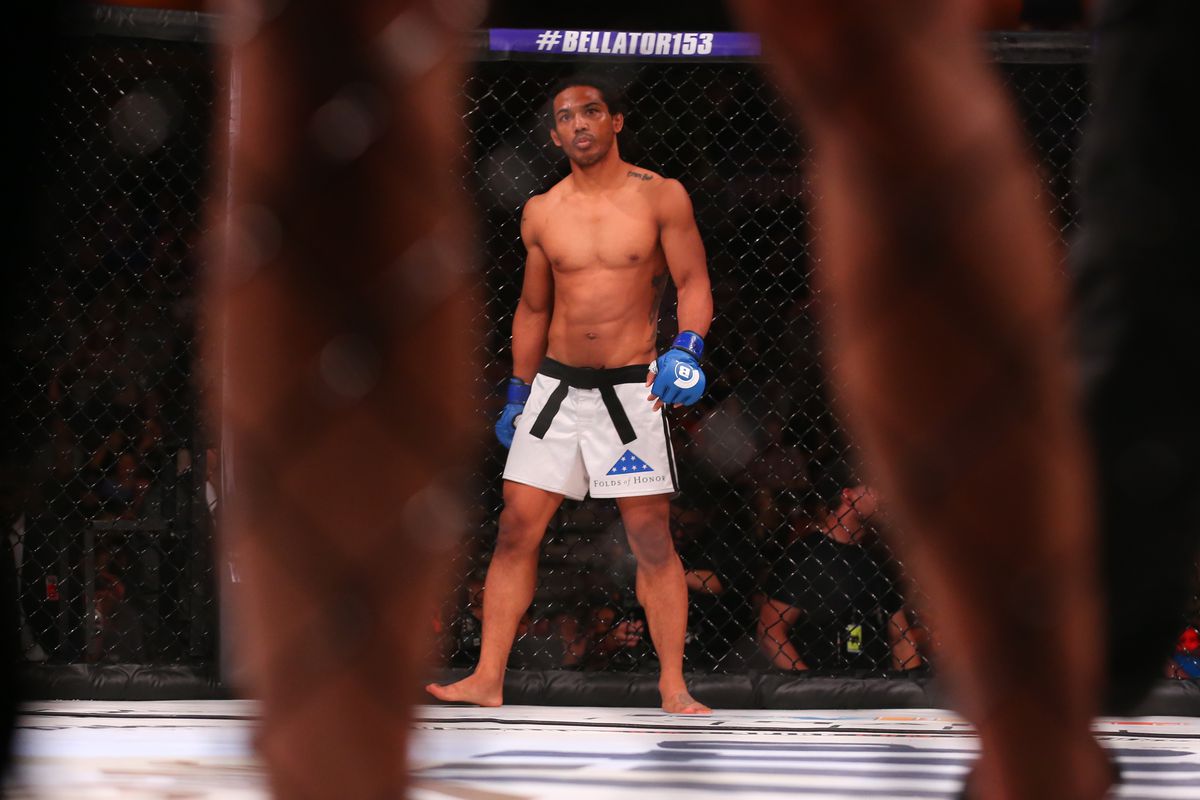 Close rounds have been the trademark of Benson Henderson’s career as many of Henderson’s fights are decided by small margins. This fight was no different. Henderson tried to bully Patricky the way he did against his younger brother Patricio. But this Pitbull fought back with excellent counters as the two spent the first round in a tactical striking battle.

The chess match continued in rounds two and three as Henderson ate up plenty of time going for takedowns, all of which Pitbull stuffed. Then Freire found his range in the third round when he needed it most. He put Henderson on his knee with a left hook and continued to time the former UFC lightweight champ with crisp counters. 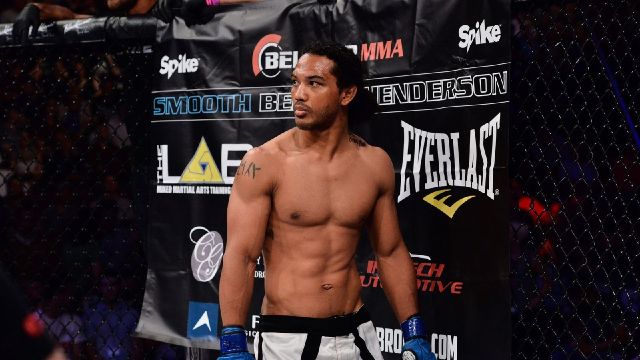 After the win, Freire wasted no time in calling out current Bellator lightweight champion Brett Primus. Primus is the man who dethroned Michael Chandler, the man who defeated Patricky Pitbull in his first crack at a Bellator world title at Bellator 157: Dynamite 2 last June 2016.

As for Henderson, he goes back to the drawing board once again. Bendo was coming off an ACL surgery in December and this was his first time back. A couple of days ago, Henderson acknowledged that he has ‘little time’ left in his career. He said that he’d want to fight every two months or so if possible but after this defeat, it remains to see if that’s what he still wants to do.

At 33, he probably still has two years of fighting left. But after taking yet another loss at Bellator, we’ll wait and see what Henderson wants to do next.