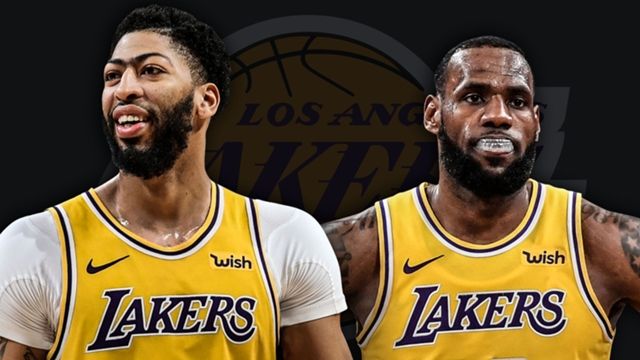 Have LeBron and AD Now Formed the Most Formidable Duo in the NBA?

In mid-July of 2019, the Los Angeles Lakers made a tectonic move, trading their young core of Lonzo Ball, Brandon Ingram, Josh Hart and three 1st round picks in return for Anthony Davis. This move instantly made them a championship contender, as many sports pundits speculate that LeBron James and Anthony Davis have the potential to become one of the best duos the league has ever seen.

• Lakers Sitting Atop the NBA Championship Odds
• Can LeBron and AD Make a Good Duo?
• The Supporting Cast

It’s safe to say that the Lakers were one of the toughest teams to watch over the last several years, winning just a third of their games over the last six years and missing out on the playoffs for six consecutive seasons. But, after signing LeBron last year, it became clear that the Lakers are planning to bring Showtime back to LA. The Lakers’ stocks grew even more with the recent trade acquisition of Anthony Davis.

This trade made the team an instant contender and a favorite among many online betting sites. With the weakened Golden State and the tumultuous Rockets, the Western Conference seems to be the weakest it has been in years. If you have high optimism about the Lakers’ chances and are looking to place online bets on the upcoming season, now would be the perfect time to do it, as all of the big trades have been made and teams won’t be looking to make big changes going into the 2019/2020 season.

Of course, it’s important to pick a reliable betting site, with good odds and a safe platform. For this, PayPal betting sites are safe and are often regarded as the most reputable in the business. But, before you make your bets, let’s take a moment to go deeper and see if LeBron James and Anthony Davis get complement each other’s game on the court.

Can LeBron and AD Make a Good Duo?

While Davis has had a couple of star teammates over the years, he never had the opportunity of playing with a true superstar, let alone with a player of LeBron’s caliber. What’s more, AD is also arguably the most talented teammate LeBron has ever been on a team with during his 16 seasons in the NBA and is probably the best fit for James based on the skills of both players.

With two great ballhandlers in LeBron and AD, the Lakers don’t need a traditional point guard to run their offense. This means that everything is set in place for James to play the point-forward position and to go off Davis in pick-and-roll plays, in which both players have the offensive skillset to attack the rim in isolation plays. On top of this, we have to mention that there aren't that many teams that can play this big, which could leave a lot of room for mismatches, double-teams, which would open up room for three-point specialists on the Lakers roster.

On the defensive side, both players have proven on multiple occasions that they have the length and the speed to guard any position on the court. With great length, speed and excellent rebounding skills, LeBron and AD will be a defensive powerhouse. If we draw comparison to some of LeBron’s previous teams, this Lakers squad resembles the team LeBron had in his second Cleveland run. The only difference is that his current team has a lot more defensive potential and there will be less pressure on LeBron to shoulder the defensive needs.

We often hear current and former players say that role players are of vital importance for teams chasing championship success. Supporting players like Bob Horry, Tony Kukoc and Steve Kerr are just some of the greatest role players in the history of the league and ones that have managed to bring the crucial difference for their team.

During this offseason, the Lakers have signed several role players that could prove to be very useful sidekicks for LeBron and AD. Jared Dudley and Danny Green have proven themselves as excellent options coming off the bench, with the latter player signing up with the Lakers after Toronto win its first NBA title. In addition to them, veterans like Javale McGee and Rajon Rondo have decided to stay with the team, providing a solid backup for the first team roster.

In a league studded with superteams, big duos and trios, role players often get forgotten. However, if the Lakers want to make a push deep into the 2019/2020 playoffs and contend for the title, their role players will have to bring their best time in and time out. The team has done an excellent job in the offseason, now all that is left is to see if LeBron and AD can live up to the noise surrounding them. The Lakers will certainly have a tough task on NBA Opening Night, as they will be taking on Kawhi Leonard and the LA Clippers on the 22nd of October.